Although we have never experience QT before, we can infer from the effects of Quantitative Easing. Just as how quantitative easing has supported asset prices, we should be prepared for the opposite effect of QT. 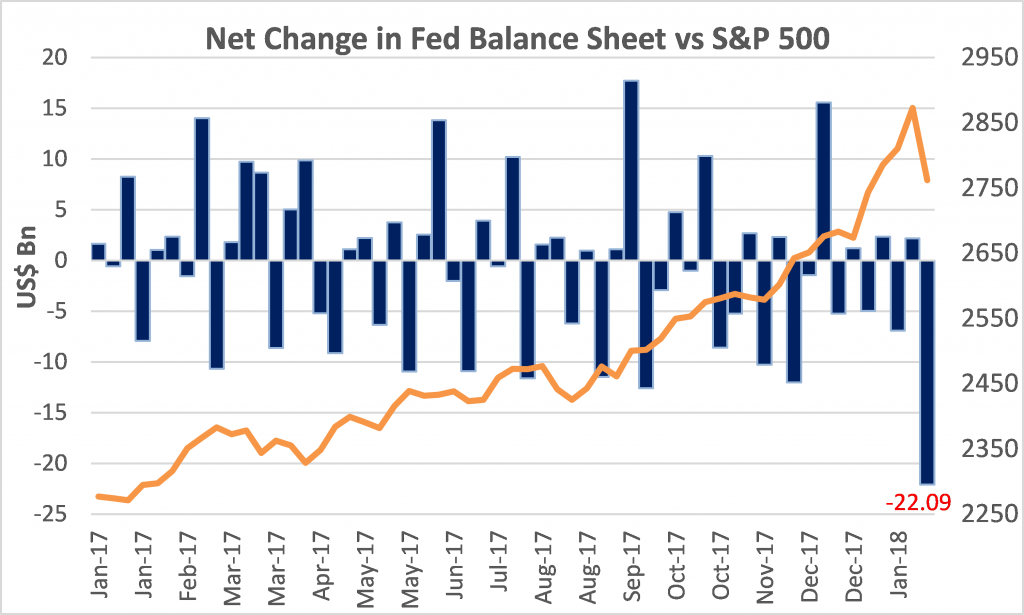 US inflationary pressure, a rising treasuries yield and the blow-out of the short volatility trade have also created many jitters in the markets.

February job data finally showed a long-awaited improvement in wage growth. Wage grew 2.9% YoY, the fastest pace since June 2009.  The data caught the market by surprise as investors were still expecting lower for longer inflation. Inflation has also put upward pressure on Treasuries yields, with the 10yr treasuries yield cutting above certain key technical level. This has led to many investors calling for the end of the 37-year bond bull markets.

In addition, the sudden and huge move in the S&P500 caused the rewind of the short volatility trade. This was evident as one of the popular short volatility ETN (XIV) loss 90% of its value, and the issuer of the ETN announced that they would be closing down the fund on 20 February.

Going forward, we believe that there is a paradigm shift in volatility and we will watch out for any form of indiscriminate selling from the market as a first warning sign for a change in sentiment.