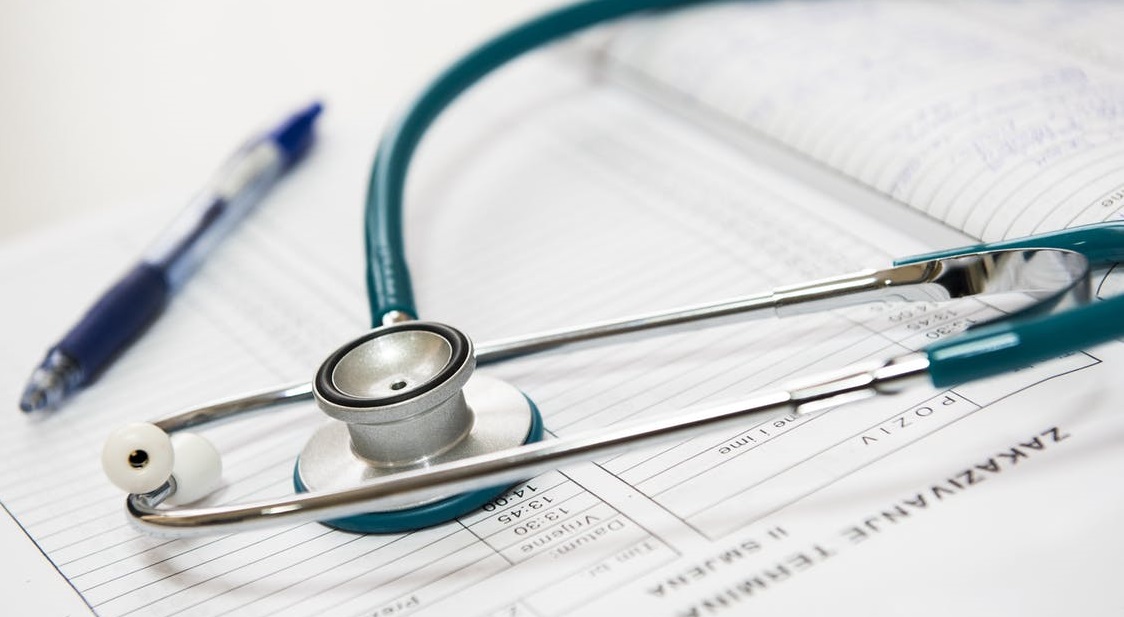 Three leading therapies will drive top-line growth for pharmaceuticals with oncology the top lever of growth for the next 5 years. The recent full-year results confirmed that there is re-acceleration of top-line growth across most therapeutic areas in 2018. We expect top-line growth* to be primarily driven by the continued uptake and launch of therapies in three segments, namely oncology, anti-infection and endocrinology (Figure 1). In 2018, YoY revenue growth of drugs in the three segments were 44%, 33% and 20% respectively, as compared to 15%, -7%, -1% in 2017. Oncology will remain the dominant growth driver, with an expected CAGR of 18.6% through 2019. Total revenue from prescription drugs is expected to have a CAGR of 4.5% from 2018 through 2024 (Figure 2).

The momentum is confirmed by the pharma Q4 results.  Abbvie (ABBV) reported a 39.5% YoY increase in its oncology drugs and guided a stellar 21% revenue growth for its oncology drug, Imbruvica, in Q1 2019. Johnson & Johnson (JNJ) echoed the same optimism by reporting strong sales and higher global patient uptake of Imbruvica and Ibrance, with a 35.6% YoY growth in oncology revenue. Eli Lilly (LLY) posted a 16% growth for its oncology portfolio despite the clinical failure for Latruvo, while Merck (MRK) reported 88% YoY oncology revenue growth for the year ended 2018. Pfizer (PFE)’s blockbuster cancer-drug Ibrance also recorded a 16% YoY gain.

Prevalence of cancer and an ageing population will drive demand for oncology drugs. Based on data from the National Cancer Institute, the prevalence rate of cancer has been on an increasing trend since 2007 (Figure 3). The majority of cancers occur in those aged 50 and above. 88.4% of known cancer cases occur in those aged 50 and above, with 48.6% aged 50-69 years old and 39.8% aged 70 and above. As seen from Figure 4, the number of known cancer cases from those aged 50 and above are increasing at a much faster rate than those aged below 50. According to the U.S. Census Bureau, the number of retirement-age people (65 years old and above) will reach 22.2% of the total U.S. population by 2030 and 28.6% by 2060. Based on our estimates, the prevalence of cancer will reach 2.2% in 2020, as compared to 1.69% in 2016. Therefore, the ageing population will drive demand for novel cancer treatment options.

Big pharma is expected to maintain strong operating margins despite headwinds. The average operating margin for the 6 largest pharma in the U.S. was down 24% YoY in Q4 2018.

However, the huge decline is mainly attributed to the operating loss of ABBV (-29.4%). Excluding ABBV, the average operating margin had increased 29.2% YoY. Also, R&D expenses have fallen despite a heavier focus on novel drug pipelines. R&D expenses fell 2.6% YoY in Q4 2018 (ABBV excluded). According to EvaluatePharma, R&D spending is forecast to grow at a CAGR of 3.1% to 2024, lower than the CAGR of 3.6% between 2010 and 2017. Furthermore, it is expected for pharma to improve R&D efficiencies by employing big data and predictive analytics in various facets such as biological modelling and target selection. The higher productivity, along with cost-cutting measures, will sustain operating margin growth for the big pharma.

Favourable existing and R&D pipeline will help pharma to weather LOE and biosimilar headwinds. According to the annual R&D review by Pharma Intelligence, the growth rate of worldwide R&D pipeline is just shy of 6%, as compared to 2.7% last year. The proportion of R&D pipeline in development for cancer is 35.2%, which is at a 10-year high (Figure 5). Despite facing a patent cliff, pharma has healthy pipeline of drugs to offset the decline in sales. ABBV reported that anti-inflammatory drugs in development – risankizumab and upadacitinib – will be the key growth catalysts over the next 12 to 24 months with positive phase II and phase III trial results in rheumatoid arthritis. It also expects about $1bn growth from its Imbruvica/Venclexta franchise, which is growing at 40% YoY for the past 3 years. Its burgeoning sales would offset the decline in Humira volume in EU. MRK reported a 88% YoY increase in revenue for Keytruda, which has superior benefits in treating Non-small-cell lung carcinoma (NSCLC). As the first drug being developed to treat NSCLC, MRK will gain a competitive edge in the treatment of lung cancer, which is the most prevalent cancer type in the world. Figure 6). Keytruda will thus be the main pipeline for MRK, supported by Lenvima and Lynparza. Meanwhile, both PFE and LLY record strong efficacy results on phase III tanezumab. Furthermore, Emgality will drive volume growth for LLY as it is the only calcitonin gene-related peptide (CGRP) drug with preferred status on major payer formularies. JJ experience healthy volume and continued ramp of core pipelines such as Stelara (28% YoY growth), Darzalex (52% CAGR since launch in 2016), Imbruvica (38% YoY growth) and Tremfya (Phase III).  Last but not least, AMGN saw robust growth from Prolia (16% YoY growth) and Repatha (72% YoY growth) and achieved positive results for its phase III tezepelumab pipeline. Therefore, the strong pipeline will help big pharma to bear the brunt of impact from LOE drugs.

Global growth will primarily be driven by U.S. and pharmerging markets, especially China. The key driver of growth will continue to be the U.S. and China. Although revenue growth for the U.S. market slowed from 15.5% to 3.9% in 2018 (Figure 7), it is likely that growth will accelerate to 4.5% with new product uptakes. The pharmerging market will continue to be the kernel for big pharma’s growth strategy as it grew 6.9% in 2018. According to IQIVIA, pharmerging markets will have an expected of 7% CAGR in 2019, as compared to 4.5% in the U.S. China will remain the second largest market with $137bn in total spending in 2018. Taking MRK as a proxy for the big pharma’s sales in China, revenue from China has increased at a CAGR of 11% from 2015 to 2018. It is expected to grow at 6% CAGR through 2023 due to the adoption of novel branded medicine in the Essential Drug List (EDL) and National Reimbursement Drug List (NRDL).

Pharma looks to bolt-on acquisitions to expand their pipelines. In 2018 and 2019 so far, we see a resurgence in M&A activities due to tax windfall and repatriation of overseas cash. Deal volume and deal count have increased by 33.1% and 11.9% YoY for Q1 2019 so far (Figure 8). Along these lines, we expect pharma to employ a focus strategy in sourcing for targets that augment their existing strong pipelines or therapeutic areas with strong organic growth prospects especially oncology and endocrinology. As valuations for the pharma industry is still above the historical average (Figure 9), buyers would likely consider niche, tuck-in acquisitions instead of transformative deals. In fact, big pharma such as AMGN, PFE and JNJ guided that they are considering more tuck-in deals. This is confirmed by the acquisitions so far by the big pharma. LLY acquired Loxo Oncology for its potential blockbuster Viktravi and lung cancer treatments. MRK acquired Viralytics to expand its Keytruda-centric oncology offerings. JNJ acquired BeneVir to strengthen its immunology capabilities. Historically, there is a major rise in pharma M&A activities every 4-6 quarters (Figure 8). Therefore, we expect a surge in M&A activity earliest in Q2 2019. We believe that tuck-in acquisitions will remain a viable business strategy for pharma. The new drugs from the tuck-in acquisitions will be a “quick” method for pharma to replenish their pipelines as compared to developing their own drugs with a low rate of success. In addition, the research capabilities of the acquired firm will extend the pharma’s key product offerings to differentiate from its competitors.

LOE headwinds and biosimilar competition will blunt revenue growth. Historically, the loss of patent protection for blockbuster drugs will face intense competition from biosimilars and genericization. According to EvalutePharma, there are $212bn of sales at risk between 2019 and 2024, with 5% of the market sales at risk in 2019 (Figure 10). Pharma companies that place a high reliance on a few blockbuster drugs will experience a large impact on its topline due to patent cliffs. According to a Dickson Data, branded drugs experienced up to 90% loss in sales from genericization as the cost of generics are 90-95% lower than that of branded drugs. ABBV and Amgen (AMGN) are especially vulnerable with 19% and 30% of their sales at risk respectively with the expiry of blockbuster drugs such as Humira (in the EU market) and Sensipar. However, U.S. biosimilar competition lags behind other regulated markets such as EU due to legal barriers and a lack of physician, patient and payer acceptance. To date, only 12 biosimilars have been approved by the Food and Drug Administration (FDA).  It is likely that FDA biosimilar approvals will lose steam with the recent resignation by Dr Scott Gottlieb as the FDA Commissioner. The adoption of biosimilars will continue at a faster pace in Europe than in the U.S for the next 5 years.

Pricing pressure will continue to weigh on pharma, exacerbated by copay accumulator programs. Pricing pressures are expected to come from two fronts – regulatory price cuts and the increased adoption of copay accumulator programs. Firstly, both the House and Senate are exploring options to lower the cost of prescription drugs. However, bipartisan consensus remains remote with differing opinions on the extent of regulation. Secondly, prices will be further depressed by copay accumulator programs initiated by Pharmacy Benefit Managers (PBM). Under healthcare plans with this policy, copay coupons provided by pharma will no longer count toward patients’ deductibles and out-of-pocket expenses. As patients have to pay more up front, it will encourage patients to switch to lower-tier drugs or stop medication. Zitter Health Insights data shows that nearly 60% of commercial lives are covered by payers who have copay accumulator program benefit designs. Therefore, pharma has to contribute more to out-of-pocket costs or risk losing patients to less expensive competitors. According to IQVIA National Sales Perspective, the net price of patent protected brands is likely to grow 2-5%, while existing products, generics and loss-of-exclusivity (LOE) products will experience a 1-4% decline (Figure 11).

In our view, the sector will experience meaningful topline growth from its focus on the key therapeutic segments such as oncology, anti-infection and endocrinology. Although the sector is buffeted by LOE and pricing headwinds, erosion of the legacy portfolio is likely to be slow. Pipeline contributions will accelerate by drugs and research know-how from tuck-in acquisitions. The high valuations of the pharma sector may put off short-term investors, but the long-term prospects along with its defensive nature will remain attractive in this challenging environment. Therefore, we are EQUAL-WEIGHT on the pharma sector. Our preferred companies are Eli Lilly (LLY) and Merck & Co (MRK). We like LLY for its expanding pipeline and solid product launches, and MRK for its favourable margin expansion opportunities with its Keytruda products.

The ETFs that track the pharma industry are: