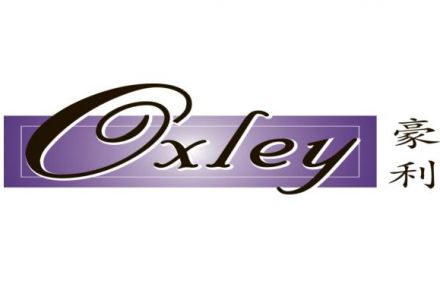 We attended Oxley Holding’s non-deal roadshow held on 19 February 2020. Below are the highlights:

Oxley Holdings Limited (Oxley) is a Singapore Mainboard-listed property developer, principally engaged in property development and investment. The Group has a diversified portfolio comprising residential, commercial and industrial projects in Singapore, the United Kingdom, Ireland, Cyprus, Cambodia, Malaysia, Indonesia, China, Myanmar, Australia, Japan and Vietnam. The group was listed in October 2010 and has a market cap of c.S$1.43bn.

Oxley’s corporate loan covenants follow bond covenants, requiring total debt/ total assets less than 70% (54% as of 1H20), a minimum net asset amount, and at the individual property level, to achieve a certain sales target by stipulated periods of 12, 24 and 36 months.

The company expects to receive a total of c.S$3.3bn cash-flow from total unbilled revenue, with S$1bn of that within the next 2 years.

Effective future progress billings due to Oxley of c.S$1.4bn, to be paid progressively through project construction stages from 2020 to 2023. These cash flows will come from 3 projects to TOP and be completed by 3Q to 4Q this year, The Verandah (4Q20), The Addition (2Q20) and Sixteen35 Residences (4Q20). As well as S$300mn from Chevron house, with management hoping to conclude banking hall and retail deals in the next couple of weeks.

Revenue from Singapore made up c.26.5% of total revenue and c79.0% of non-current assets in FY2019. In property development sales, management said they are selling 7-8 units on average per week, despite the Covid-19 situation.

Hotels include Novotel and Mercure on Stevens. These bring in c.S$40mn of annual recurring income to the group. Asset value is c.S$1bn should they wish to liquidate. c.S$603mn of investment property debt will be refinanced perpetually.

Management guides cash flow of c.S$900mn from effective future progress billings to be received over the next 3 years.

For the Royal Wharf, of the total 3,400 units, 150 units balance are unsold. Management hopes to sell 50 or more units by this March, resulting in a balance of less than 100 units unsold. After Boris’ government was elected, the group saw a surge in property purchases in London, and seeks to engage the market more.

In Ireland, Dublin Landings is left with 270 apartments to be completed by July to September this year, which will bring in more cash flow. The announced divestment of No.3 Dublin Landings for EUR115mn (S$174mn) on 16 December 2019 has been received.

Oxley Towers Kuala Lumpur only c.20% sold, about c.RM400-500mn worth. Sales are guided to be weak, and construction cost is estimated to amount to c.RM900mn (c.S$300mn), which the group will fund itself without construction loans. As the construction period is about 3 years, construction costs will average about S$100mn, which management states is manageable.

No intention to purchase new landbank

Management does not intend to buy new landbank. They will allocate S$200-250mn in FY20 for construction of existing land bank to ensure cash flow and income visibility onwards from FY2024 to FY2025. These landbanks include those in Connolly Station (Ireland), Deanston Wharf (London), The Garage (Cambodia) and Hamlet Watertown (Vietnam). Construction timelines will be based on presale performance.