+ NPL ratio stable as O&G sector stabilises. NPL ratio is stable at 1.26% for the past four quarters. New NPAs formation has been declining over the four quarters too. Management’s outlook is more sanguine as they see better utilisation of offshore O&G assets though charter rates and duration remain low. There were also no new names going into NPA and specific provisions were largely set aside for existing restructured loans.

– Net trading income continues to be weak. Similarly, universal banks and investment banks in the developed west have broadly reported weak trading income in the past 2 quarters citing the challenge of low market volatility globally.

OCBC’s guidance on loans growth has been revised upwards from mid-single digit percentage to high single-digit growth of 7% to 8% in FY18. But we pencilled in a more conservative loans growth number of 6% for FY18e. Therefore we expect NII to grow c.6% in FY18 too as long as a moderately strong economy is able to support the pass-through of higher interest rates. Other growth catalysts in FY18 will be the stronger real estate-related loans in Singapore as enbloc sales transactions start to flow into the market. And OCBC’s wealth management will benefit from the wealth effects of the enbloc sales as vendors from successful enbloc sales will likely engage wealth managers to manage their new found wealth. 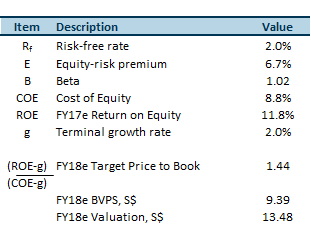 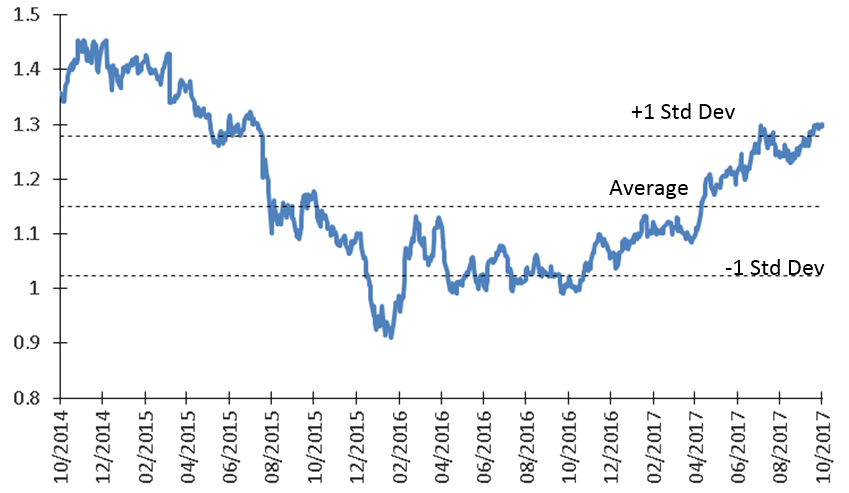