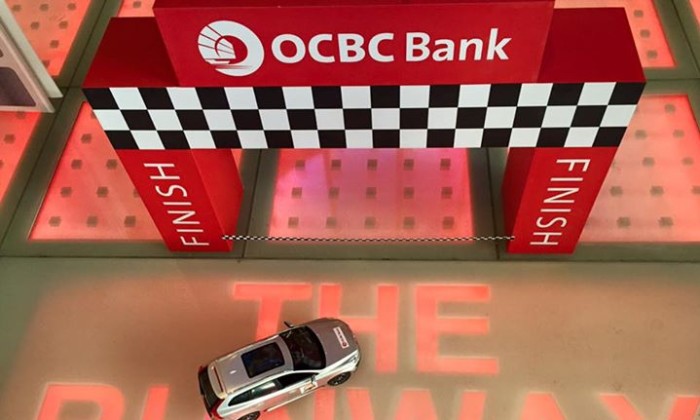 Loans growth turned positive but remains negative y-o-y. OCBC’s customer loan book declined 1.9% year-on-year (“y-o-y”) but managed to squeeze a 1.5% quarter-on-quarter (“q-o-q”) increase after 3 consecutive quarters of decline. The q-o-q increase in loans was led by General Commerce loans and Financial institutions, investment and holding companies loans. The decline in RMB loans appeared to decelerate with a single digit 9.3% q-o-q decline compared to previous high double digit quarterly declines. On the whole, however we are still wary that positive loans growth will gain momentum owing to continued weakness in the general economy.

NIMs compressed 6bps q-o-q. The average lending rate on loans to customers declined 14bps q-o-q tracking the declines in SOR and SIBOR rates which began at the start of 3Q16 while average rates on deposits declined only 4bps. Overall, the volume and rate dynamics for loans and deposits are not favourable for NIMs. And we maintain that the confluence of low rates, low loans growth and pressure to maintain liquidity on the liability side of the balance sheet would crimp FY16 net interest income for OCBC.

NPL rose 31bps y-o-y.  New NPL formation was mainly contributed by Offshore Services sector and new NPLs from this sector may continue to rise in coming quarters as companies in this sector adjust to a lower oil price. Offshore services exposure is SGD$5.1bn (2.45% of total customer loans) of which S$922mn is classified as NPL. Allowance cover improved to 101.1% compared to 2Q16 allowance cover of 100.1%.

Non-interest Income rose 25% y-o-y. Supported by Fee and commission income segments: credit cards up 29% y-o-y and Wealth Management up 12% y-o-y. Also supported by profit from life assurance up 164% y-o-y. Net gain from disposal of properties which is up 238% y-o-y boosted non-interest income.

We raised our FY16F estimates for Fees and Commission income from S$1.6bn to S$1.7bn because of stronger contributions from Credit Cards and Wealth Management. We continue to maintain our FY16F estimates for Net Interest Income with unchanged outlook on poor loans growth and persistently unfavourable volume and rates dynamics for loans and deposits. Maintain “NEUTRAL” with a higher target price of S$8.25 (previously S$8.14). Our revised TP is based on unchanged 0.95x FY16F book value (excluding preference shares). 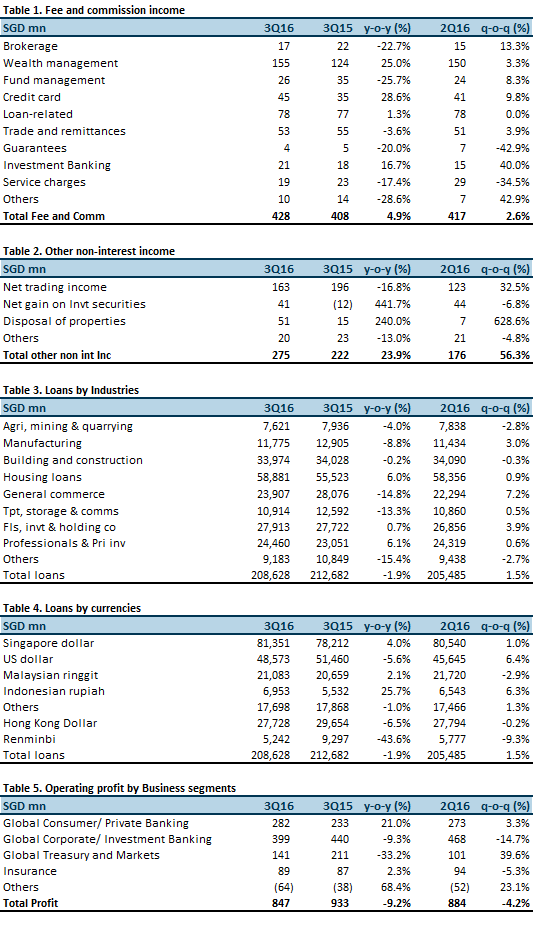 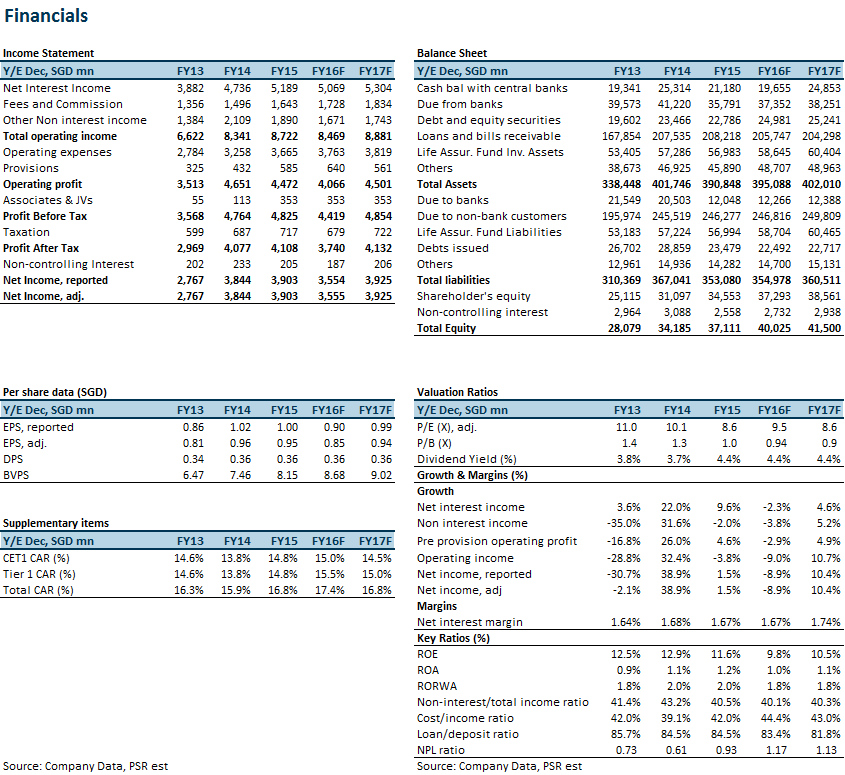