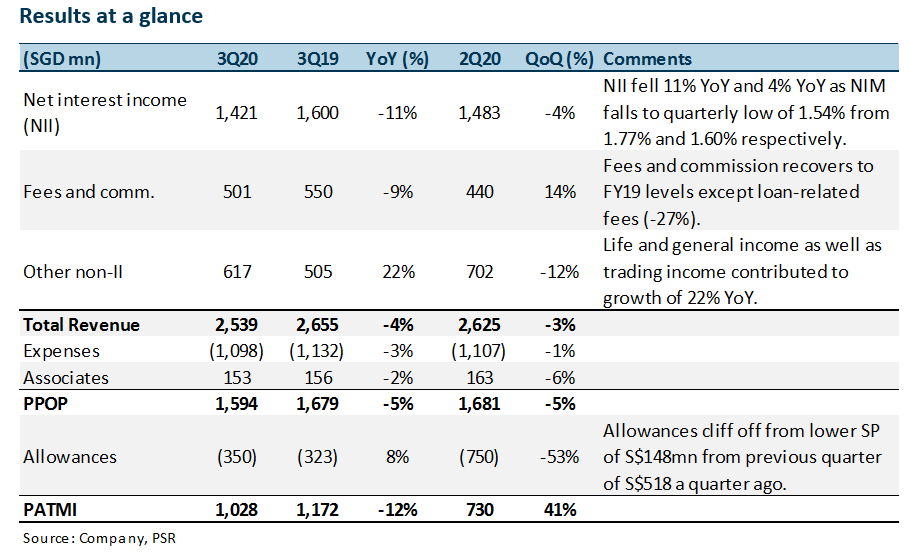 Life and general insurance income grew another 29% YoY while trading income increased S$255mn YoY. WM fees recovered from their low of S$205mn in 2Q20 to S$252mn. This lifted fees and commissions to S$501mn, comparable to their quarterly run rate in FY19.

+ Allowances halved from a quarter ago

NIM fell from 1.77% to 1.54% YoY and by 6bps QoQ. It is likely to stabilise at such levels given liquidity conditions and low interest rates are likely to persist.

Loans under moratorium shrank from 10% of loan book to 5%

Despite stabilising economic conditions, the bank believes recovery will be slow. It expects NPL ratio to come in at the lower end of the 2.5-3.5% range it guided previously. The bank’s heavy provisioning in the first three quarters is likely sufficient to see it through FY21.

Maintain ACCUMULATE with higher target price of S$9.68, up from S$8.92