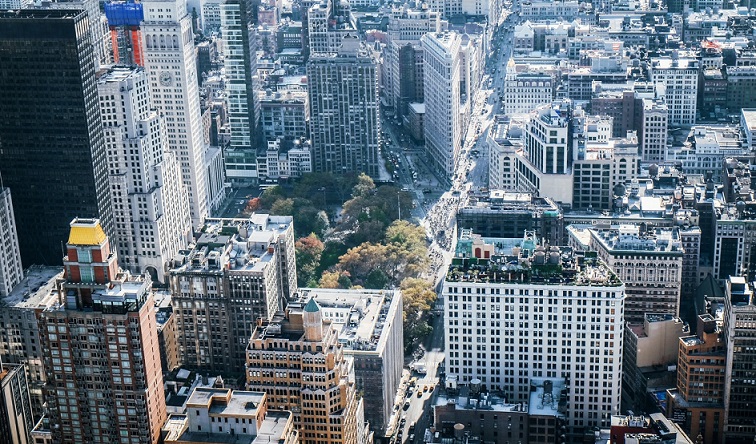 This article was published in Business Times’ column “Chart Point” on 9 April 2018.

Despite the recent sharp selloff in the tech space, the Nasdaq 100 index remains positive year to date while the other major indices such as Dow Jones Industrial Average (DJIA) and S&P 500 index are down marginally.

The tech space was plagued by the Facebook’s controversial data breach incident involving Cambridge Analytica.  As many as 87 million Facebook users’ data were exposed to the political consultancy firm, Cambridge Analytica resulting in a sharp drop of -17% in Facebook share price to the low of 149.02. With Facebook being one of the top 5 holdings in the Nasdaq 100 index with 4.95% weightage, the Nasdaq 100 index also suffered a -12% selloff from the 7,188 record high.

The last time a -12% selloff occurred, a distinct reversal happened immediately, lifting price right back into the uptrend in search of a new record high. That happened in the early part of February where the reversal came after the Nasdaq 100 index fell -12.53% from the 7,047 prior record high. Therefore, a similar reversal price action might happen soon as the -12% selloff has been fulfilled with the recent risk-off behaviour.

Moreover, from the long-term perspective, the Nasdaq 100 index is still in the uptrend as the structure of the series of Higher Highs (HH) and Higher Lows (HL) remain intact. Currently, the Nasdaq 100 index is hanging around a pivotal support area at the confluence of the 200-day moving average, 6,300 psychological round number and the long-term uptrend line justifying for a rebound soon. Note the long-term uptrend line is drawn by connecting the 2016 Brexit low point to the 2018 February VIX explosion low point.

In addition, despite the trade war escalating after China announced on 4 April plans to impose reciprocal tariffs on $50 billion of US imports, the initial selloff in the equity market was short-lived. As soon as the Nasdaq 100 index breached below the 200-day moving average, a sharp reversal lifted the Nasdaq 100 index by +4.3% off the 6,306 intraday low to close at 6,582 points. The strong recovery off the 200-day moving average formed a bullish price action, hammer at the end of the day suggesting a high likelihood of seeing the bulls taking back control. As long as this support area holds, the long-term uptrend should resume with buyers targeting the 7,000 psychological round number next.

However, if the 6,300 psychological round number fails to hold, the next crucial level to watch for the long-term uptrend to remain intact is the 6,164 February low. The 6,164 support area will be the last line of defence for the uptrend. If the Nasdaq 100 index closes below the 6,164 support area, that might spell the start of a deeper selloff.

Keep in mind the 200-day moving average from the Dow Jones Industrial Average and S&P 500 index is still holding up too with similar bullish price action, steering the current bias to the bullish side. For the bearish scenario to play out, all three US major indices such as the DJIA, S&P 500 and Nasdaq 100 index need to breach their respective 200-day moving average.

In summary, the Nasdaq 100 index looks likelier to follow the former scenario for a rebound back into the uptrend with the strong support at 6,300 psychological round number keeping a floor on price.