Micro-Mechanics (MMH) produces consumable tools and parts used in the back-end semiconductor process, in particular, die attach and wire bonding. These include rubber tips that pick up tiny bare semiconductors (called dies) that have been cut from a wafer and then placed onto a metal pad (called leadframe that connects to outside world or circuit board). This die will then be encapsulated into the ubiquitous semiconductor chips we see everywhere.  Another major product are tools used in the wire-bonding process. An example is a clamp to hold the lead frame during the wire-bonding process of the die. It is also building up capabilities to serve the front-end of the semiconductor industry through its US operations.  We do not expect this to contribute materially to earnings in the near term. MMH has a dividend policy of not less than 40% of earnings. Dividend yield is presently at 5.2%

We initiate MMH with a BUY and a target price of S$2.00, 35% upside including dividends. Our target price pegs MMH at 15x PE FY/18e, which is in-line with peers in the back-end semiconductor supply chain. We believe this is conservative given its superior margins, ROE and dividend yield.

Micro-Mechanics (MMH) was founded by Mr Christopher Borch in 1983. It was listed in June 2003. In its 14 years since listing, revenues have more than tripled and earnings have increased five-fold. During this time, the company has also returned more than S$70m in dividends.

MMH manufactures precision tools and consumable products for the semiconductor industry. Core products manufactured are used in the die attach and wire bond process of the assembly and testing stage. It is also building up capabilities to serve the front-end of the semiconductor industry through its US operations. MMH has five manufacturing facilities in Singapore (1983), Malaysia (1989), Philippines (1998), China (2004) and USA (2008). Also worth mentioning MMH is ranked 19th out of 606 companies on SGX in terms of Singapore Governance and Transparency Index.

*in parenthesis is the year the factories were established.

Figure 1: Since GFC impact in 2009, MMH growth has been stellar 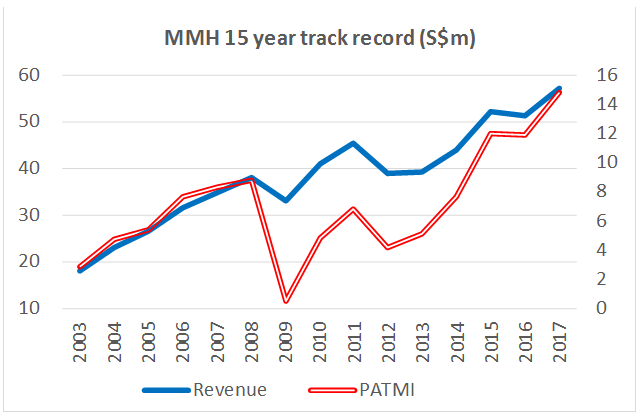 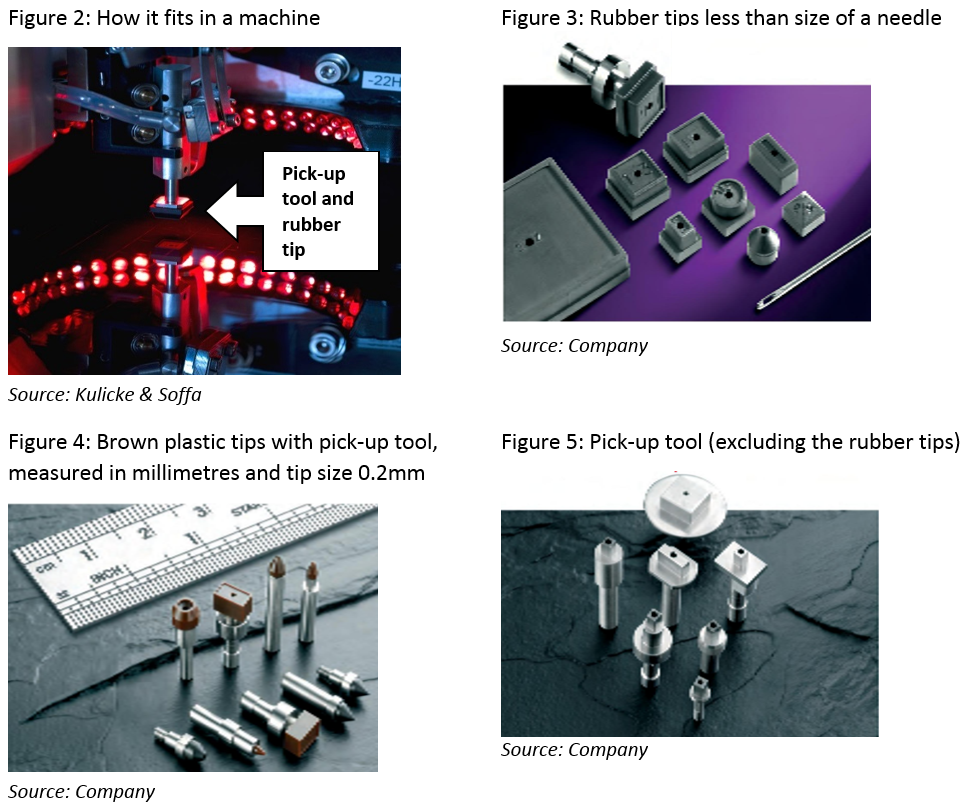 MMH produces consumable tools and parts used in two steps of the back-end semiconductor process, in particular, die attach and wire bonding (refer to Appendix 1). In addition, MMH has made the strategic step to produce tools and parts for the wafer-fabrication equipment industry from its US factory.

Refer to Appendix 2 for more details of the die attach process.

Refer to Appendix 3 for more details.

c) Precision parts and tools in wafer-fabrication (~15% of revenue)

US operations have been loss-making, but in FY17 the losses have narrowed considerably. MMH embarked on the strategy to penetrate front-end semiconductor industry (and laser, medical, aerospace) following the acquisition of Advanced Machine Programming in May 2008 for S$2.5mn. Since FY09, US operations have been suffering accumulated losses totalling S$12mn. In FY16, MMH redefined its business strategy to focus on manufacturing process-critical parts and tools for the front-end semiconductor industry. 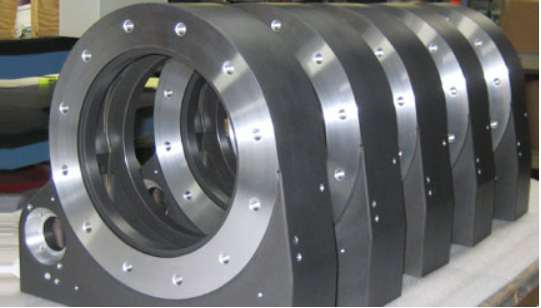 To enjoy manufacturing gross margins of 60% and 40% EBITDA margins, we believe it is due to the tremendous complexity and technology required in producing these tiny little parts which the limit competition. Below are some of the competitive advantages which we believe MMH enjoys:

1. Increased miniaturization: With miniaturization of electronic products and semiconductors, we have seen a dramatic shrinkage of die sizes. Dies sizes are now as small as 1mm2 to 10mm2 depending on the application. Not only is the size of the die shrinking but the thickness of the die is collapsing from 60 microns to less than 20 microns (i.e. 0.02mm).

2. Complex material engineering: The material used in producing the rubber tips require a significant amount of R&D. Materials must avoid electrostatic discharge (ESG) that can burn the semiconductor chip. These materials used must be purified to avoid chemical or organic contamination. The material composition of these tools is proprietary developed by MMH.

4. High quality and reliability: The quality of the tools requires high precision and consistency due to:

* Micrometre or micron (μm): Width of a single strand of human hair range from 10 to 200 microns.

What we find most attractive about MMH?

MMH gross margins have averaged 55% over the past five years. The most recent quarter margin expanded to almost 60%. As Figure 8 suggests, MMH has consistently enjoyed high gross margins. Only in the 2009 global financial crises, gross margins suffered and even then, margins bottomed out at 40%.

When we compare MMH margins, against other parts of the back-end eco-system, MMH margins stand as the highest (Figure 13) and is easily double of the industry average. As mentioned earlier, the high margins are a result of the complexity in manufacturing the product, high efficiency (24/7 automated machining), extensive customization and quick turnaround time demanded by customers (as short as 6 days).

When we look at MMH 15-year history, the track record is impressive. Over the past 15 years, revenue has compounded almost 10% per year. Profits have performed even better, compounding at 20%. It seems that MMH’s growth is accelerating. The 5-year track record for earnings is now 28% CAGR. MMH has a dividend policy of not less than 40% of earnings.

MMH has no leverage on its balance sheet. The company is in a net cash position of $22m. In its 15 years track record, MMH has always been in net cash position due to the positive cash-flow generated every year. Despite its large cash holdings, MMH posted unlevered ROE of 28% in FY17.

Another strength of MMH products is the consumable feature of the tools. In general, some of the tools, in particular higher-end semiconductors, need to be replaced every 8-hour shift by the customer. This is to contain contamination and ensure precision of the process. This means the demand for the product is more recurrent and depend on the output of semiconductor rather than on lumpy capital expenditure cycles.

The key driver for MMH growth will be increased sophistication of packages and unit growth of semiconductors. It is hard to compute the exact impact of advanced chip packages on demand. But we can use semiconductor unit growth to have a good gauge for demand, especially due to the consumable nature of MMH products. Demand for semiconductors is expected to grow 9% per year on a per unit basis from 2016 till 2021, according to Gartner. The various drivers to unit growth are represented in Figure 9. 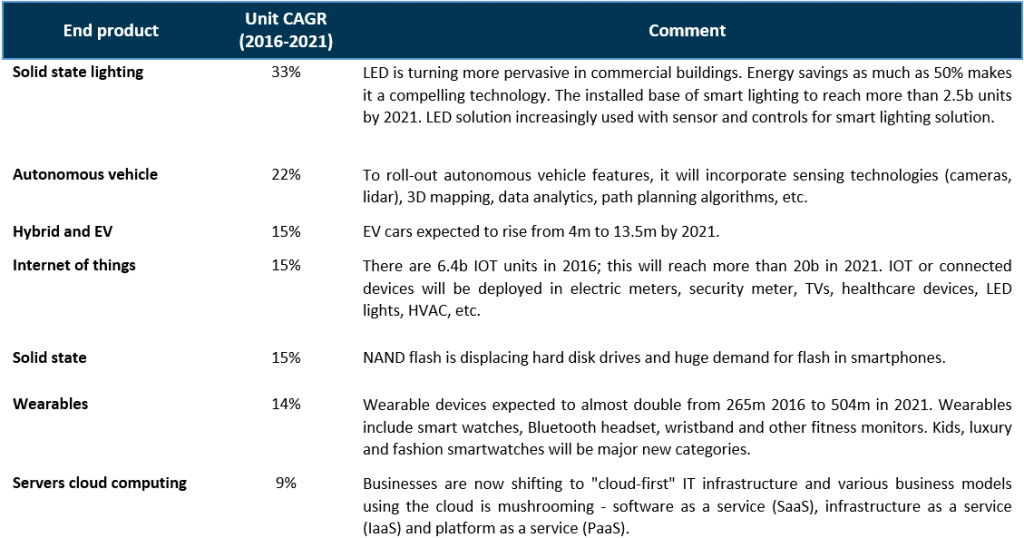 As semiconductor packages evolve, the requirement for the pick and placing of dies becomes ever more critical.

MMH has more than 600 active clients. Customers are basically from three broad categories: