+ Healthy revenue despite the disruptions. MMH managed to grow revenues despite production disruptions during the quarter. In Malaysia, staff levels were down to 25% of capacity in April and May, it recovered fully only in June.  Meanwhile, the U.S. operations operated at 60% to 80% of staffing levels throughout the quarter.

+ Gross margins expanded. MMH enjoyed gross margins of 55.5% in 4Q20, the highest in seven quarters. Margins were surprisingly high despite the weaker utilization rate of 56% compared to 58% a year ago. We believe there was better pricing power in 4Q20 as customers needed to create buffers in their inventory levels with worries over possible disruption to the supply chain. A move in inventory levels from just-in-time (JIT) to just-in-case (JIC).

+ Dividends raised by 17%. The final MMH for FY20 was unchanged but special dividends doubled to 2 cents. Worth noting that MMH has been paying special dividends for the past five years. It seems to be normal rather than special. Therefore, the blended increase is 17% and total dividends for FY20 (including interim 5 cents) has increased by 20% to 12 cents. A dividend yield of 5.5%.

We are upbeat on the outlook for MMH. The two major growth drivers are:

Upgrade to BUY from NEUTRAL with a target price of S$2.50.

We are raising our recommendation from NEUTRAL to BUY. MMH is entering a new upcycle in semiconductor volume and major penetration into a new business segment. MMH also pay an attractive dividend yield of 5.5% backed by a net cash balance sheet of S$20mn and unlevered ROE of 25%. We benchmark our valuations to 18x PE of the back-end semiconductor equipment sector (Figure 3). Our FY21e earnings has been raised by 25%. 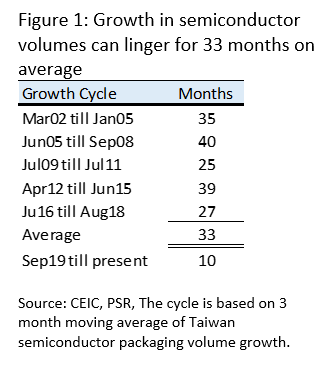 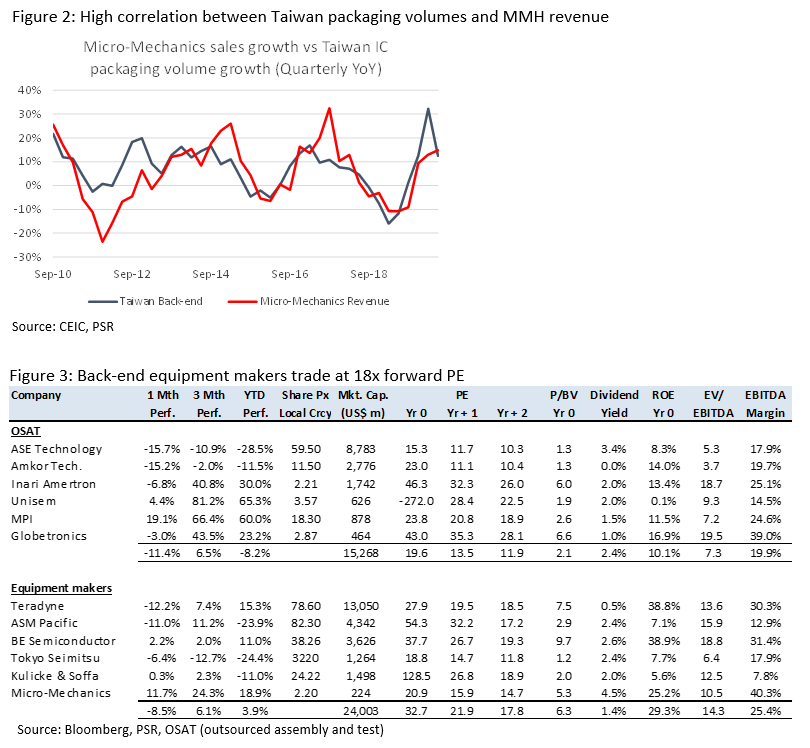