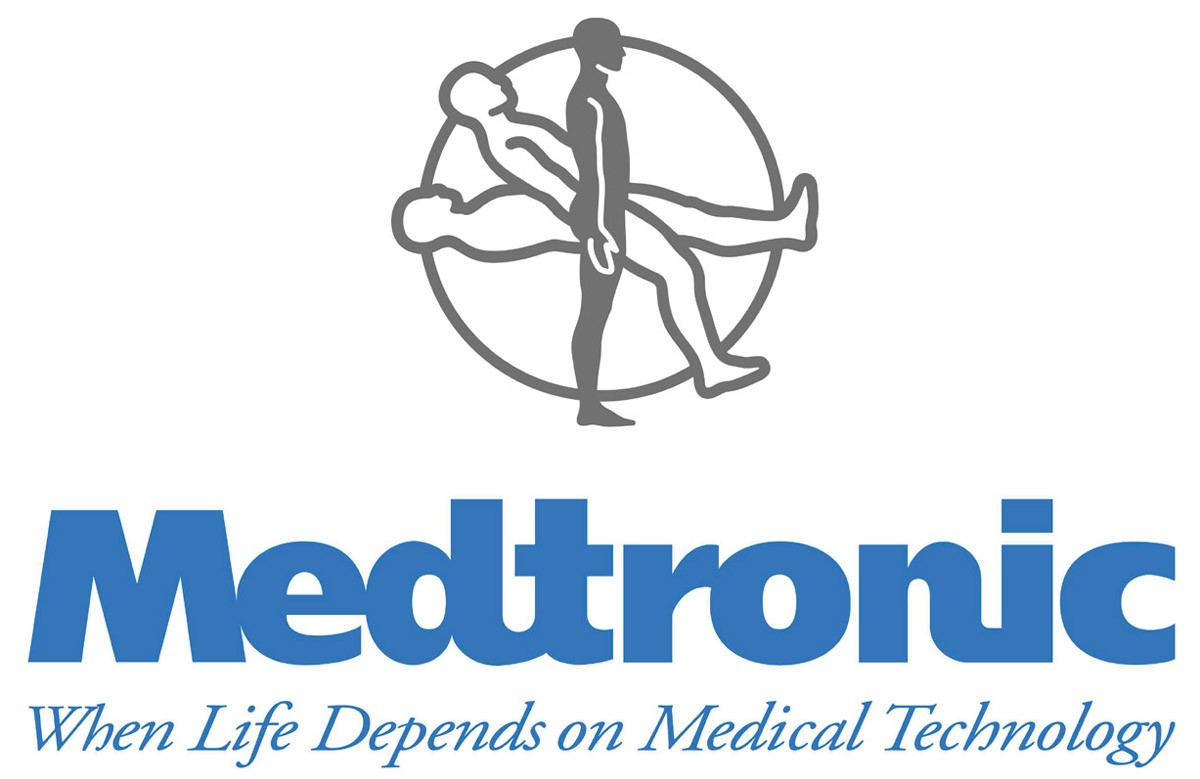 We are bullish on MDT on the company’s commanding market share in many of its medical devices, 48.5% in Cardiac Rhythm Management segment, 61.96% in Diabetes segment and 42.84% in the Neuromodulation segment. Recent acquisitions and upcoming product innovations will help spur growth and the company is projecting about 7.8% revenue growth per year over the next 5 years. We believe that the selloff in November 2016 has caused the stock to be discounted relative to its fundamentals and along with its strong dividends and dividend growth history, MDT makes for a solid investment.

Since reaching an all-time high of USD 88 in July 2016, shares of MDT tumbled in November following the election of Donald Trump. With the threat of the affordable care act, colloquially known as Obamacare, being repealed looming, many stocks in the healthcare industry fell sharply. Coupled with a less than stellar Q2, where MDT beat EPS estimates by USD 0.01 but missed on revenue by about USD 160 mn, and the conditions seem right for MDT to fall close to their 52 week low.

However, we believe that tumble in the share price has caused MDT to become attractively valued. Management had attributed the poor performance of Q2 2016 to delays in product introduction for that quarter. Despite the delay, MDT was still able to grow sales by 3% on a constant currency basis and grew EPS by 9%.

MDT also has a slew of new products that have recently received approval from the FDA and should see distribution within this year. In April 2016, the FDA approved the MDT’s Micra, the world’s smallest pacemaker. Coming in at the size of about 1 inch, the Micra is about 10% the size of a traditional pacemaker and due to its size and implementation method, could lead to less complications that come from more invasive surgeries. The device also does not require for wires to lead out of the device from the heart. Besides pacemakers, MDT also received approval from the FDA in October 2016 for the world’s first “artificial pancreas”, the MiniMed 670G. The device, which is meant for Type-1 diabetic patients, automatically monitors the patients’ blood glucose levels and administers or withholds insulin. The MiniMed 670G is estimated to cost between USD 5,000 to USD 8,000 per device with the disposable sensors costing an additional few thousand dollars a year. The JDRF, a major charitable organization dedicated to Type 1 diabetes, estimates that cost associated with Type 1 diabetes totals about USD 14 bn a year. Barring issues with getting insurers to cover the cost of such devices, MDT is likely to be able to gain a large share of that market.

Technicals. MDT has been moving in a robust uptrend since August 2011 with the 20 and 60 week moving average repeatedly holding price up. A sharp correction occurred recently after price formed an all-time high at around 89.00 psychological round number resistance, turning the 20 week moving average below the 60 week moving average signalling a slight change in the preceding bullish sentiment. Nonetheless, the confluence of 200 week moving average and 70.78 support area was strong enough to halt the correction, keeping the long term uptrend alive. There was a Bullish Engulfing Bar rejection off the support area on the week ended 6 January 2017 showing the resurgence of the bulls. Additionally, the bullish follow through on the week ended 13 January 2017 succeeded in breaking price above the 74.31 immediate range high. 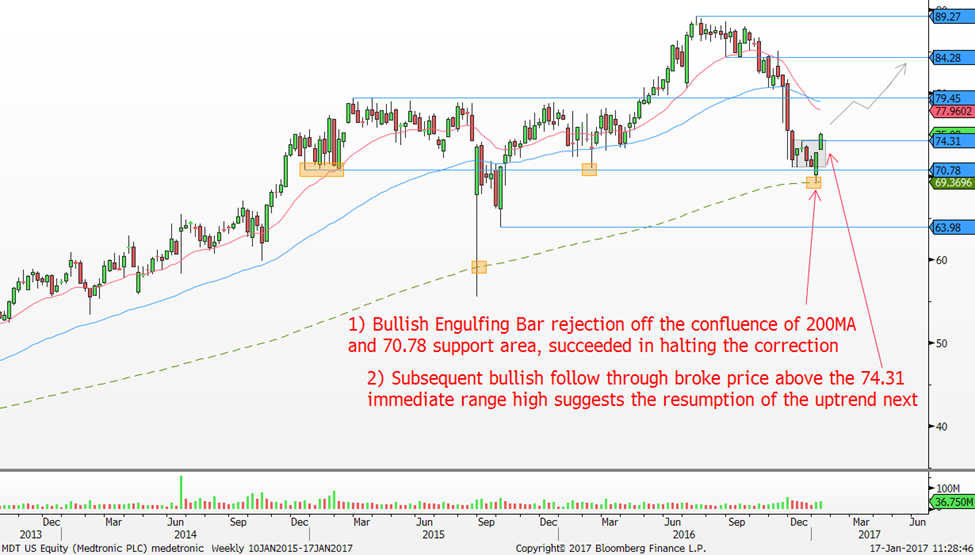