The outlook remains stable. While sector-wide reversions remain weak, there is a tapering of supply of industrial space in 2018 and indications of an uptick in industrial activity.  Mapletree Industrial Trust (MINT) has a pipeline of projects coming on stream (see overleaf). Management reiterated its desire to increase the REIT’s exposure to the data centre asset class.

Upgrade to Accumulate from Neutral; higher target price of $1.98 (previously $1.80)

We raised our FY18e/FY19e DPU forecast by 2.1%/1.2% as we revisit our property expenses assumptions. We also increased our terminal growth assumption to 1.5% from 0.5% previously, on account of the visible pipeline of projects, but more importantly, at 29.8% gearing, MINT has >S$600 million of debt headroom available – potentially growing the portfolio by ~17%. Our target price represents an implied 1.41x FY18e P/NAV multiple, which compares against the FTSE REIT Index forward 12-months P/NAV multiple of 1.05x.

Update to 30A Kallang Place and Kallang Basin 4 Cluster AEI

The asset enhancement initiative (AEI) remains on track for completion in 1Q 2018. The super-structure has been completed up to the tenth storey. Pre-commitment level remains unchanged from the previous quarter – a child care centre taking up about 3% of the space. 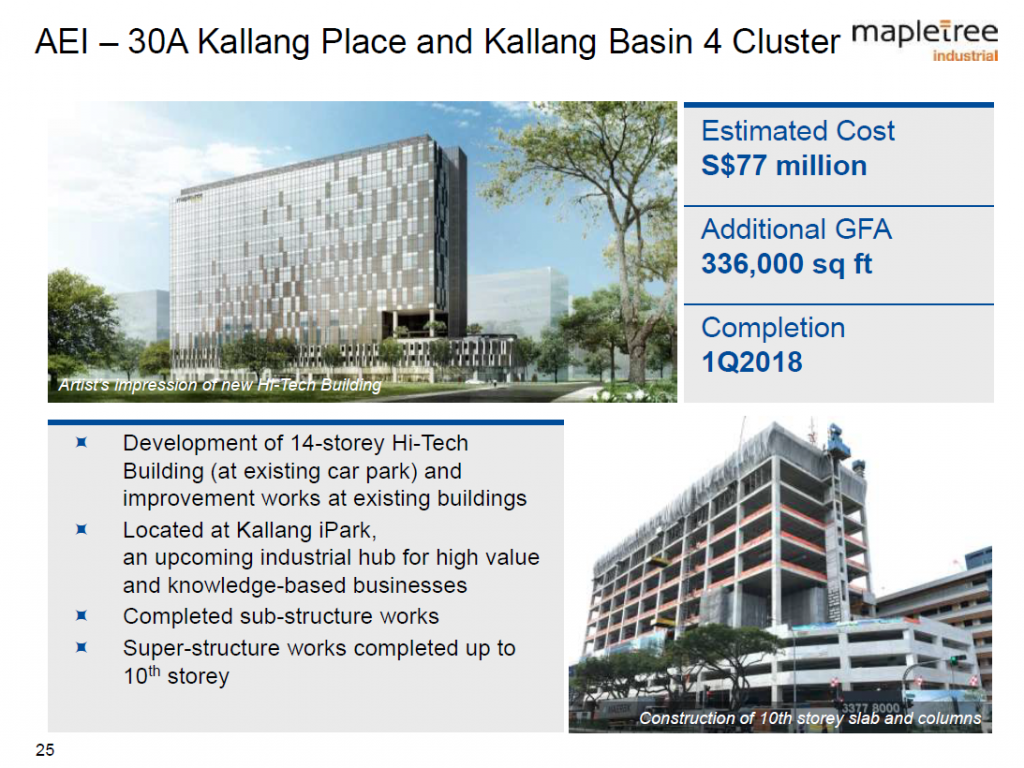 The key highlight was an increase in estimated cost to S$76 million from S$60 million previously. The increase in development cost is due to additional specifications by the user. There will be a corresponding improvement in rent as well. 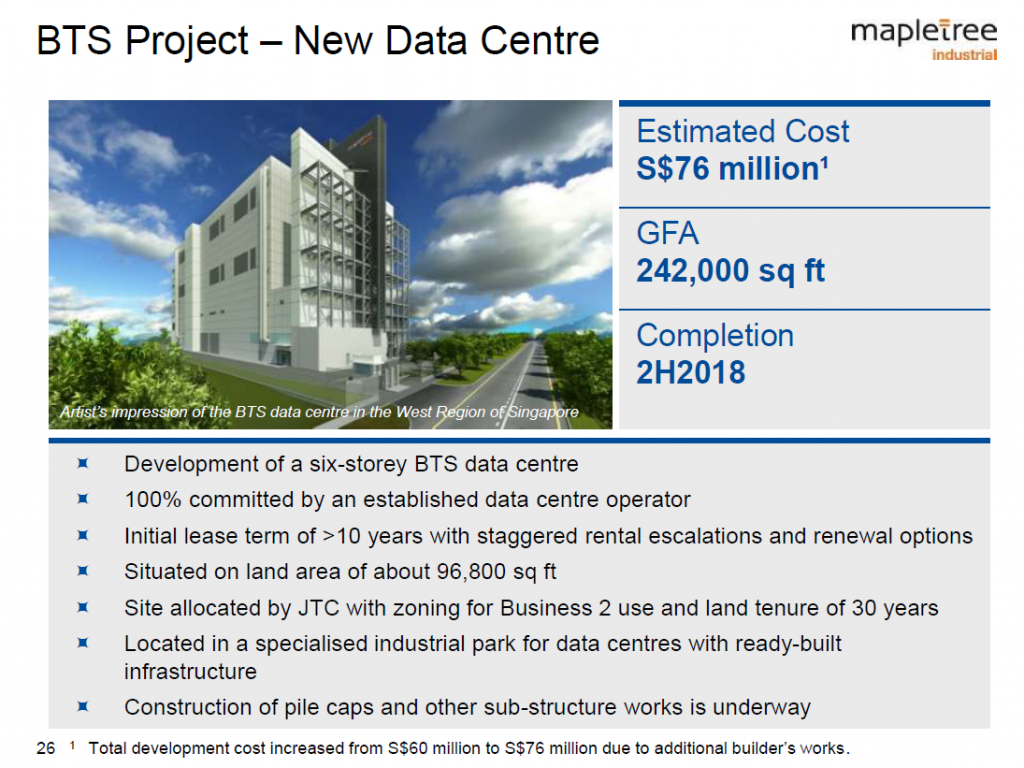