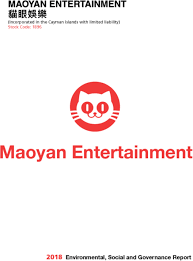 The 2020 H1 interim result Affected by the epidemic, the company’s 1H20 revenue was down by 89.8% yoy to RMB 203 million. The gross loss/net loss/adjusted net loss for the period were RMB 20.56 million/ RMB 431 million / RMB 307 million respectively. In terms of business segments, the company’s online entertainment ticketing revenue was RMB 103 million, decreased by 90.4% yoy. The entertainment content service revenue was approximately RMB 15.6 million, decreased by 98% yoy. The advertising services and others were least affected by the epidemic, the revenue was RMB 83.7 million, down by 64.5% yoy. The company’s revenue for the interim was lower than our expectation, especially entertainment content service revenue.

The movie sector is expected to rebound in 2H20, despite the poor performance in 1H20 All movie theaters in China have been temporarily closed from 24th January 2020, due to the epidemic. Therefore, the total box office and the number of movie viewings in China in the first half of 2020 have dropped significantly yoy. Further, the Spring Festival movies and other movie projects that the company have participated in production/distribution had all been postponed. The company unconditionally refunded all the movie tickets of the movies withdrawn during the Chinese New year holidays, and paid all refunds in advance. The accumulated refunds amounted to about 5 million tickets worth over RMB 200 million.

Kevin Chiu received Bachelor`s Degree from University of Bristol and obtained Master`s Degree with distinction in Accounting and Finance from Warwick Business School. Kevin once worked as an analyst in the Equity Capital Market department of China Securities International, and he is familiar with the operation of Hong Kong`s capital market. Kevin is currently a licensed research analyst at Phillip Securities and covers TMT / Education sectors.