Recently stock price of the Company has been volatile, and the controlling shareholders increased their holdings to strengthen investment value of the Company and stable investment confidence. We expect the net profit of the Company in year 2017-2018 attributable to the parent company will be RMB893 million and RMB1142million, respectively, equivalent to EPSof RMB1.01/share, RMB1.30/share, respectively, and PE of 23.6, 18.4 times, respectively. For the first coverage, target price 30.55 and rating Buy are given.

The period cost rate during the first three quarters of the year dropped significantly from 9.36% to 1.04% mainly due to a significant reversal of financial costs. After the issuance of new shares, the Company’s financial position was improved. The Company no longer paid interest on loans while interest income increased significantly, with its financial expenses dropped from RMB21.7 million to -RMB73.63 million year on year. Gross profit rate improved by 4.11 percentage points to 47.11% year on year. Driven by higher gross profit rate and lower expense ratio during the period, net profit ratio increased 8.62 percentage points to 35.77% year on year. The profitability continued to improve.

Clean heating is encouraged and promoted by related policies, and clean heating transformation maintains high prosperity. The cogeneration units and large-tonnage boilers of the Company can effectively save fuel and reduce pollution, and is expected to become the main method for urban centralized heating in the future. Currently the heating area and access area of the Company are growing steadily, with the access area reaching 61.6 million square meters and the heating area reaching 46 million square meters. Under the strategy of expanding in different areas, the heating area has a huge potential growth room in the future. During the period, the Company won the bid of the franchise leasing project of about 5.3 million square meters initiated by Shenyang City Huanggu District Heating Company, replicating and expanding existing businesses with the dual mode of “self-build” and “light assets” such as entrusted operation and management. On November 28, the Company also signed a cooperation framework agreement for Baotou City central heating project, geo-replication covering another city.

In May 2017, the Company issued 200 million shares through private placement and raised a total of RMB3.87 billion for investment in areas such as heating capacity. By the end of the third quarter, the Company possessed a cash capital of RMB5,077 million, with ample book capital and low interest-bearing debts. The good financial position provides financial support for the Company to speed up the expansion in different places. In addition, on November 1, the Company became the second shareholder of Cinda Property and Casualty Insurance through a RMB650 million transferee. In addition to the main business of heating, the Company relies on the abundant capital advantage to implement a diversified layout in the property and casualty insurance industry to help with the assets and the financial structure improvement. The future development prospect is worth looking forward to.

From the Company’s announcement, based on the confidence on the Company’s performance and innovative development, as well as the long-term recognition of the value of the Company, the second shareholder Luenmei Group increased its holdings by 586,500 shares on December 26 at the price of RMB14.169 million, accounting for 0.067% of the issued shares, with the average price of RMB24.16 / share. Luenmei Group undertakes to, within the next six months from December 26 onwards, continue to increase its holdings with the total price of RMB20-200 million, and ratio of holdings should be no more than 1% of the issued shares. 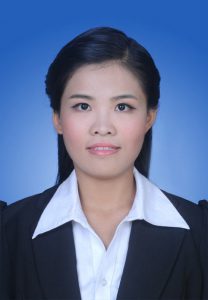 Graduated from the University of Science and Technology of China with a Masters degree in Management and major in Financial accounting and Economics throughout her academic study.

Currently Covering Environmental Protection and New Energy sectors as an analyst in Phillip Securities and focus on the macro policy，industry and fundamentals to explore the investment value.