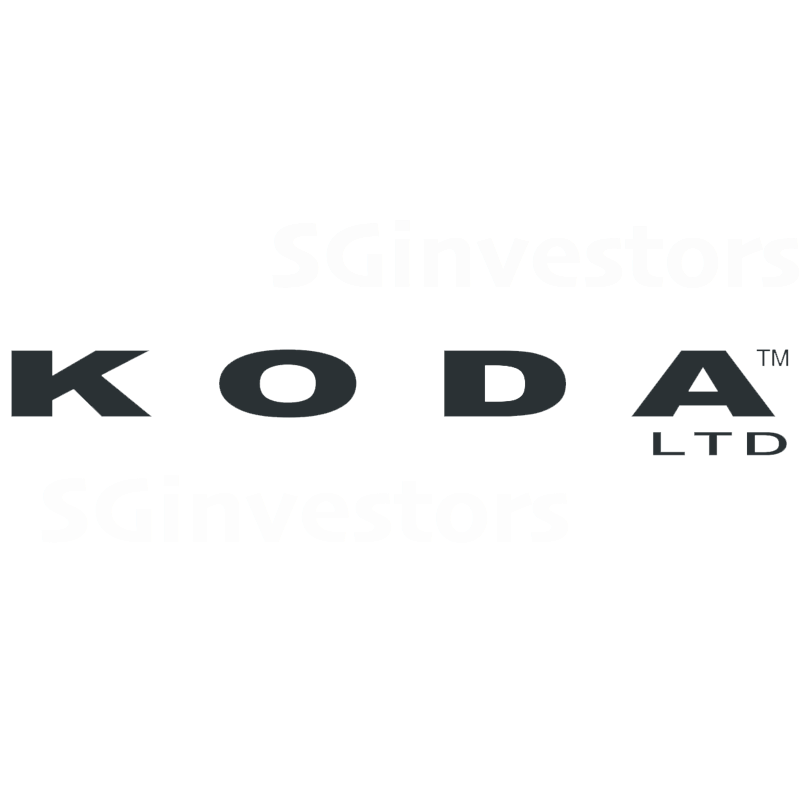 Koda is a leading original design manufacturer or ODM of all types of home furniture. Founded in 1972 as a small workshop producing wooden cabinets, it has expanded to produce wood-based home furniture for the living, dining and bedroom. Koda now specialises in an entire range of affordable, ready-to-assemble, wood-based home décor.

Koda was listed on the-then Sesdaq board in January 2002 and migrated to the main board in May 2005.

Koda has two main businesses: manufacturing, at 82% of its revenue, and retail and distribution, at 18%. Customers are located in about 30 countries, comprising wholesalers, distributors and major retailers.

Retail and distribution. Koda established its Commune retail brand in 2011. Backed by Koda’s scalable distributor-retail business in China, Commune has grown at a CAGR of 13.2% since FY16. It is expected to be Koda’s near-term revenue driver. Over the past 10 years, Koda has opened 85 retail stores in Asia, 75 in China.

Alto by Commune is a higher-end sister brand launched in 2019. It currently operates 10 stores in Singapore and China.

Revenue CAGR was 10.2% from FY16 to FY20 as Koda expanded its customer base, and increased sales from existing customers. FY20 revenue rose 4.3% or US$2.5mn to US$60.4mn, led by higher export sales to markets such as North America despite Covid-19 control measures (Figure 3).

Cost of sales include the costs of raw materials, labour, etc.

Gross margins ranged from 27% to 36% in FY16-20 (Figure 5). Margins were affected in FY20 by higher selling and distribution expenses for Commune’s new subsidiary in Chongqing.

EBITDA margins were 9-15% over the period.

We expect gross margins to be in the same range over the next two years, as Koda expands its Commune presence in China. Higher economies of scale are expected from higher production.

Other income rose by US$0.4mn to US$1.2mn, thanks to government grants and property tax and rental rebates of US$360k and higher interest income. 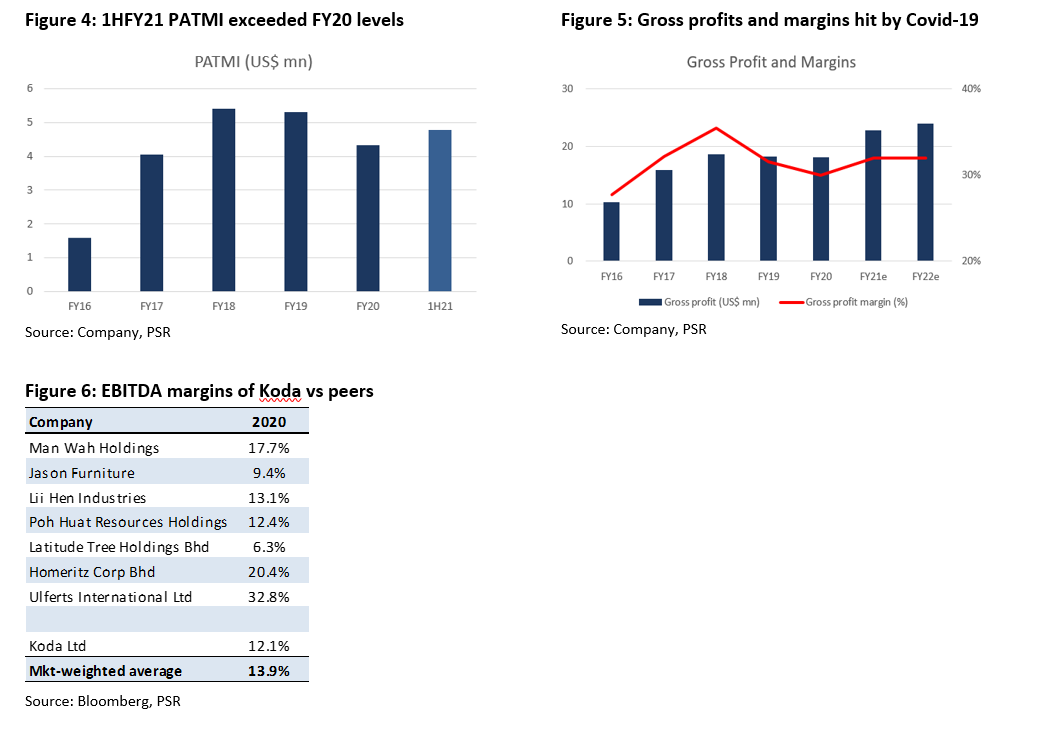