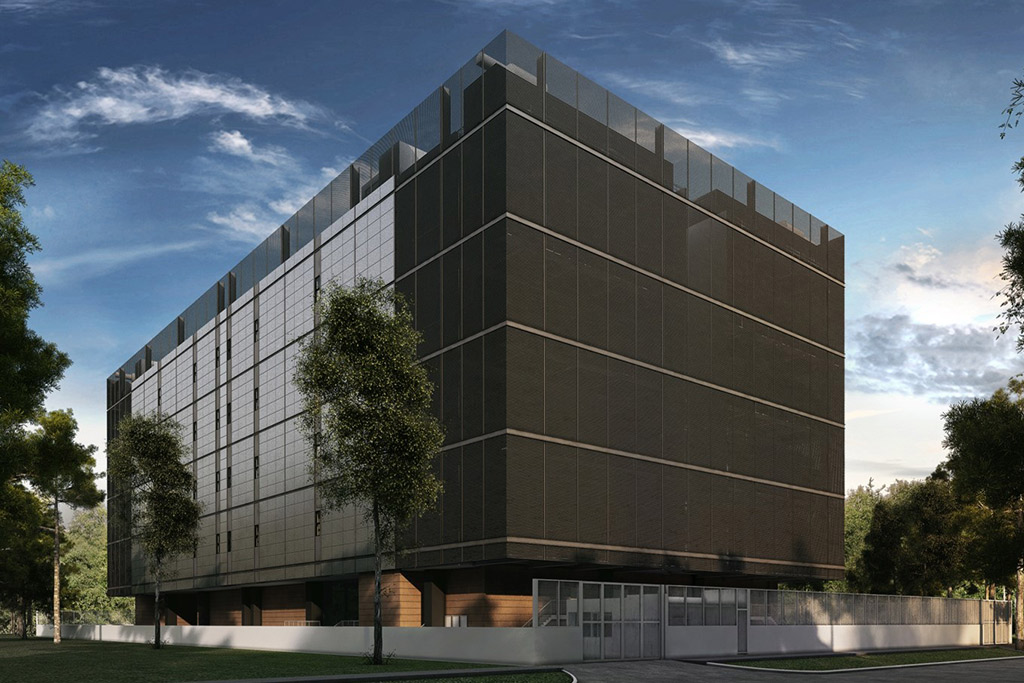 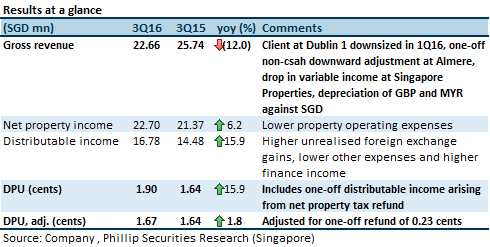 Higher occupancy at Keppel DC Singapore 1 (KDC SGP 1) from 85.7% to 87.6%, as disclosed in the previous quarter where a client signed a forward renewal to expand by 6,800 sq ft in two phases (half in 2HFY16, half in 2HFY17). The client was given a negative rental reversion, such that rental income in the first year would be lower than the preceding rental income, and then higher in 2HFY17.

Occupancy at Keppel DC Singapore 2 (KDC SGP 2) was maintained at 100%, with a major client renewing for more than five years, thus lengthening the weighted average lease expiry (WALE) to 4.2 years from 1.2 years. However, the client was given -8% rental reversion, on account of being a major client throughout the portfolio. Inferring from the quarter-on-quarter (qoq) difference in lease expiry profile for 2016 (from 7.2% to 1.3%), we estimate that this tenant occupies c.75% of KDC SGP 2. We do not view this development favourably, as it appears that client concentration has resulted in the client having significant bargaining power over rental negotiations.

Occupancy at Keppel DC Dublin 1 (KDC DUB 1) remained largely unchanged qoq, from 55.3% to 55.8%. The Manager maintains its effort in raising occupancy at the data centre.

Unitholder approval for the acquisition will be sought at an Extraordinary General Meeting. The property is located at 27 Tampines Street 92 and has a lettable area of 50,245 sq ft. The property has been fully-committed to two clients. We view the acquisition favourably for the stability of the income from the property, which is underpinned by the SGD-denominated income and long WALE of 5.7 years. 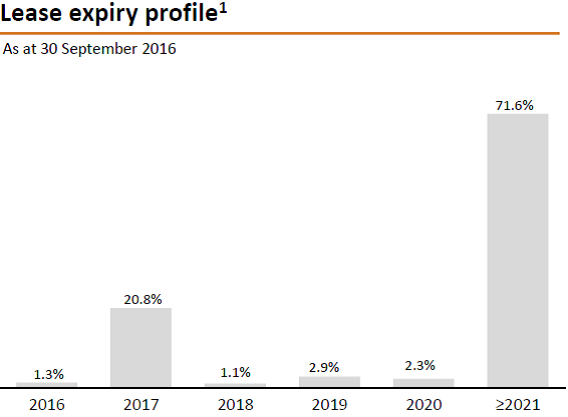 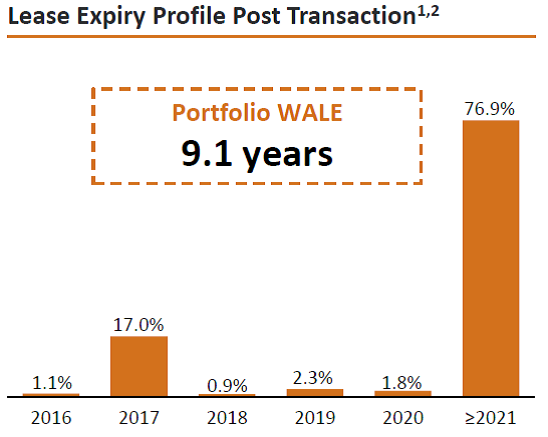 Post-acquisition, only 2017 will see significant lease expiry. There is negligible vacancy risk from 2018 to 2020 (subject to tenures of the renewals in 2017). The rest of the leases will be expiring five years from today in 2021 onwards.

We have trimmed our forecasts for KDC SGP 2, on account of the -8% rental reversion given to the client that occupies c.75% of the data centre, by our estimate. We estimate the acquisition of KDC SGP 3 to add c.18%/c.14% to FY17e/FY18e portfolio Gross revenue. The lower target price reflects both the enlarged portfolio and the highly dilutive PO that increases the Unitholder base by 27%.

KDCREIT is trading at a premium to Australia Stock Exchange (ASX)-listed peer Asia Pacific Data Centre in terms of P/NAV multiple and with a lower 12M-trailing yield. 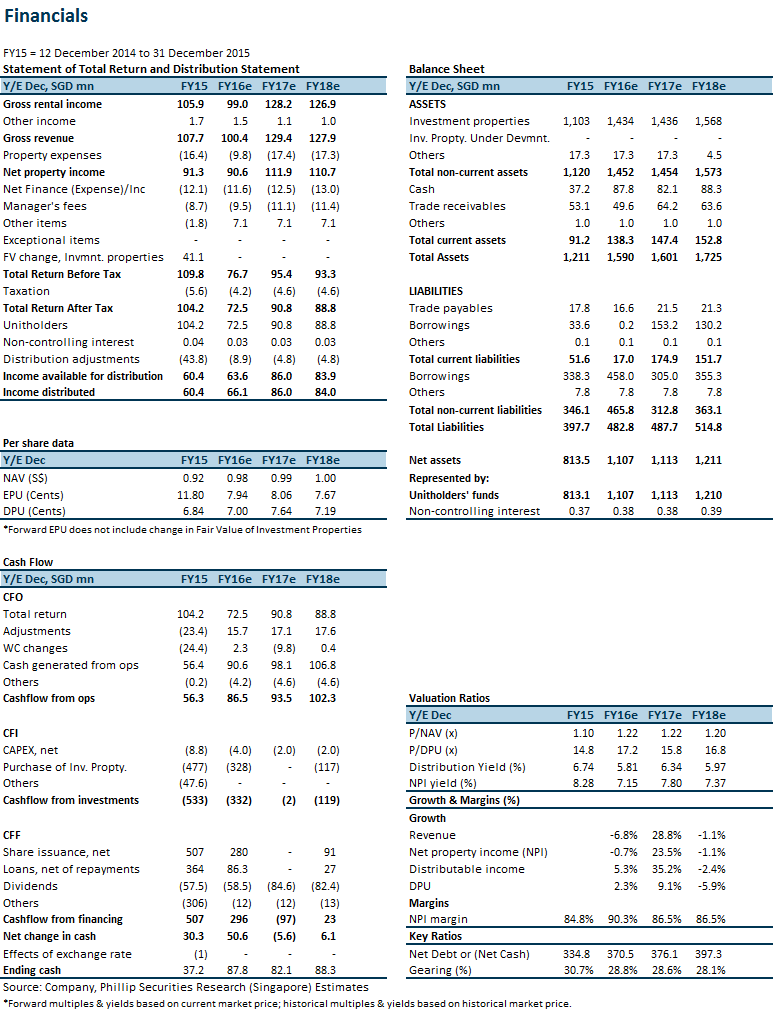