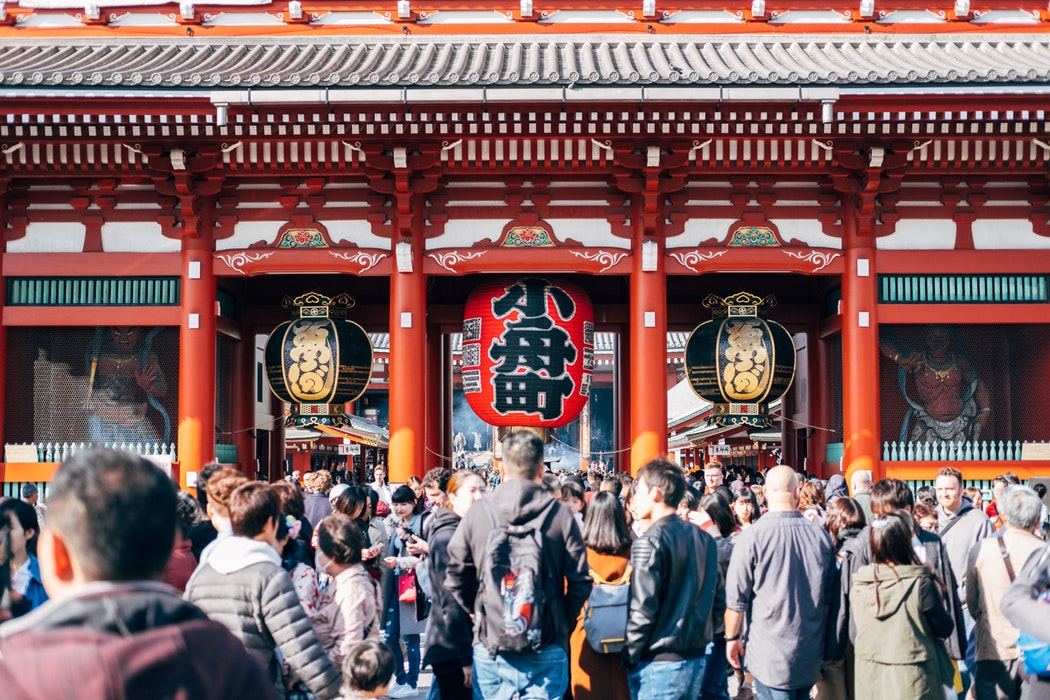 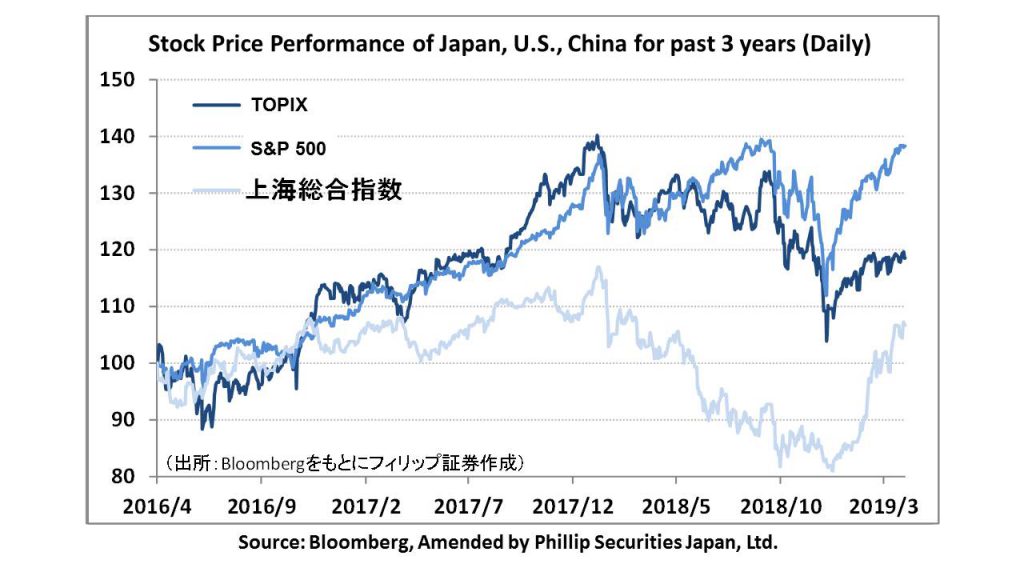 With a very low credit ratio situation, pay attention to the supply and demand of blue chips

Corporate earnings results announcements for the Jan-Mar period for US stocks are in full swing.  With the emergence of stocks such as financial stocks which have overcome bearish market forecasts, the US stock index has begun to rise, with the Nikkei average for Japanese stocks exceeding the milestone 22,000 points at the beginning of the week on 15/4.  After the opening of the week, US stock prices fluctuated uncertainly as a result of individual corporate performances, and the stock index hit a standstill as a result.  However, generally strong Chinese economic indicators such as the Jan-Mar GDP results announced on 17/4 pushed the Nikkei average beyond 22,300 points.

On the other hand, according to the TSE margin transaction balance data, there is an increase in the number of securities with declining credit ratios centering on blue chips with high contributions to the Nikkei average.  During the final week for the exercise of dividend rights in late March, there was an obvious and significant drop of credit ratios to well below 1.0.   In the case of system margin trading, the due date is six months after the contract date.  This means that if the credit ratio is way below 1.0, the pressure to buyback prevails over the pressure to resell as the due date approaches.  Therefore, we need to consider the possibility of buyback pressure increasing before the 10-day holiday period.

In addition, through the purchase of ETFs (Exchange Traded Funds), the Bank of Japan has become a “major shareholder” (top ten shareholder) in about half of listed companies as of the end of March.  Assuming that the BOJ does not sell these actual holdings, the market float will decrease over time along with these ETF purchases.  Although it is necessary to procure stocks to settle credit sales, such procurement will become difficult with the decline in free floats.  As a result, there is concern that, for settlement purposes, a “short squeeze” situation may arise whereby one is forced to buy regardless of the price.  In the case of stocks adopted in the Nikkei average, there is also a need to make spot transactions in the same manner for the purpose of settlement, due to the relationship between spot trades and futures/option arbitrage.  Due to these synergistic effects, and as a result of supply and demand considerations, the prices of blue chips, especially those with high contributions to the Nikkei average but at the same time having low float ratios (high stable stockholder ratio) can be said to possess the basic ingredients to enable them to trend higher easily.  Let’s pay attention to these. 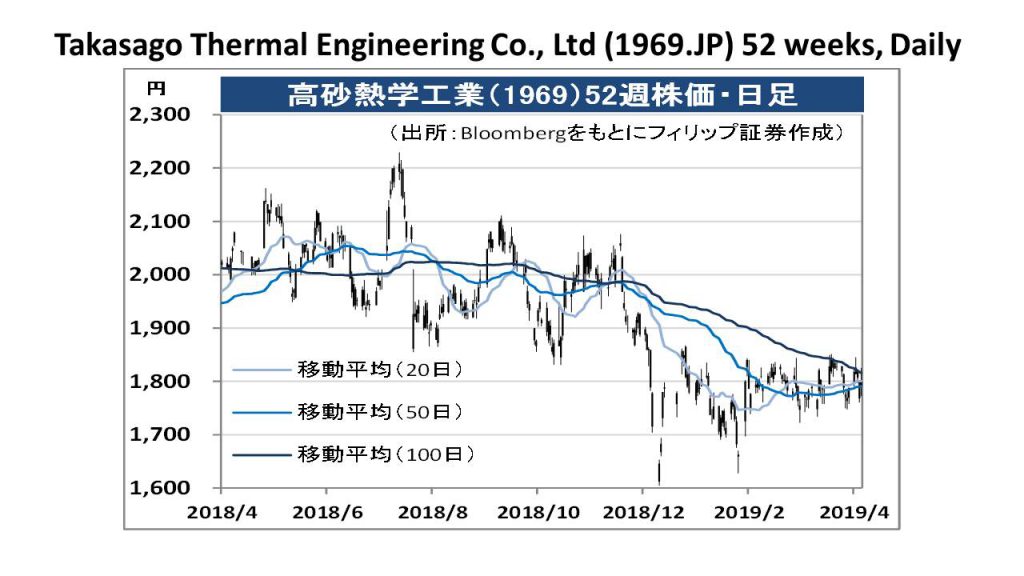 ・For 3Q (Apr-Dec) results of FY2019/3 announced on 8/2, net sales increased by 8.8% to 220.516 billion yen compared to the same period the previous year, operating income decreased by 3.4% to 10.547 billion yen, and net income decreased by 1.8% to 7.315 billion yen.  Construction demand remained firm, with progress in urban redevelopment projects and active investments in production facilities.  On the other hand, profits decreased due to increase in construction costs such as labor costs. 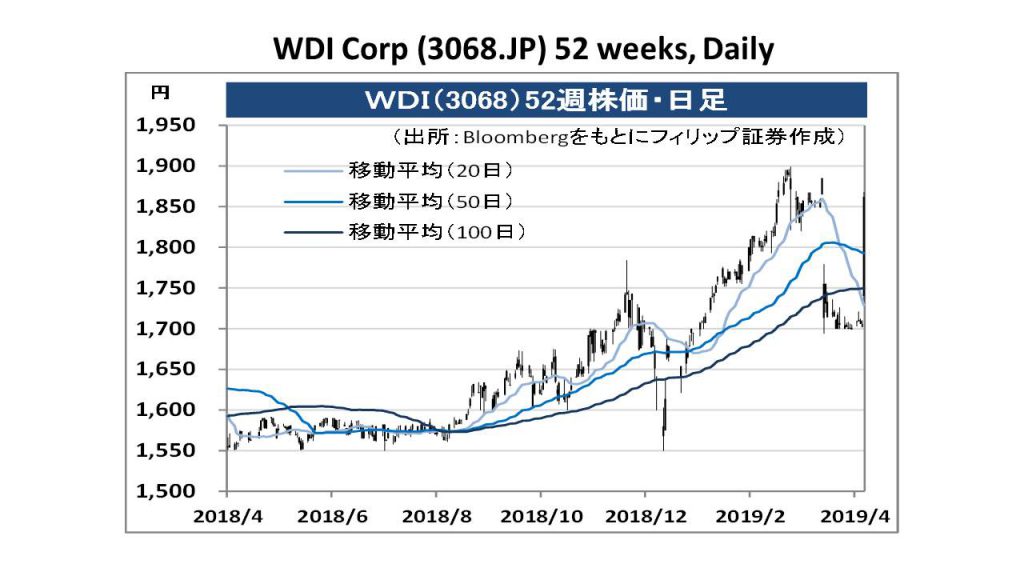 ・For 3Q (Apr-Dec) results of FY2019/3 announced on 12/2, net sales increased by 3.5% to 22.443 billion yen compared to the same period the previous year, operating income increased by 30.7% to 1.347 billion yen, and net income increased by 82.7% to 531 million yen.  In addition to opening a dim sum specialty store, “Tim Ho Wan” as a new form of business in Japan, company has also opened is first domestic “Rock Shop”.  Franchise stores have also increased by six.