Japan-Weekly Strategy Report Will We Be Freed from Negative Interest Rates from Next Year Onwards? December 24, 2019 209 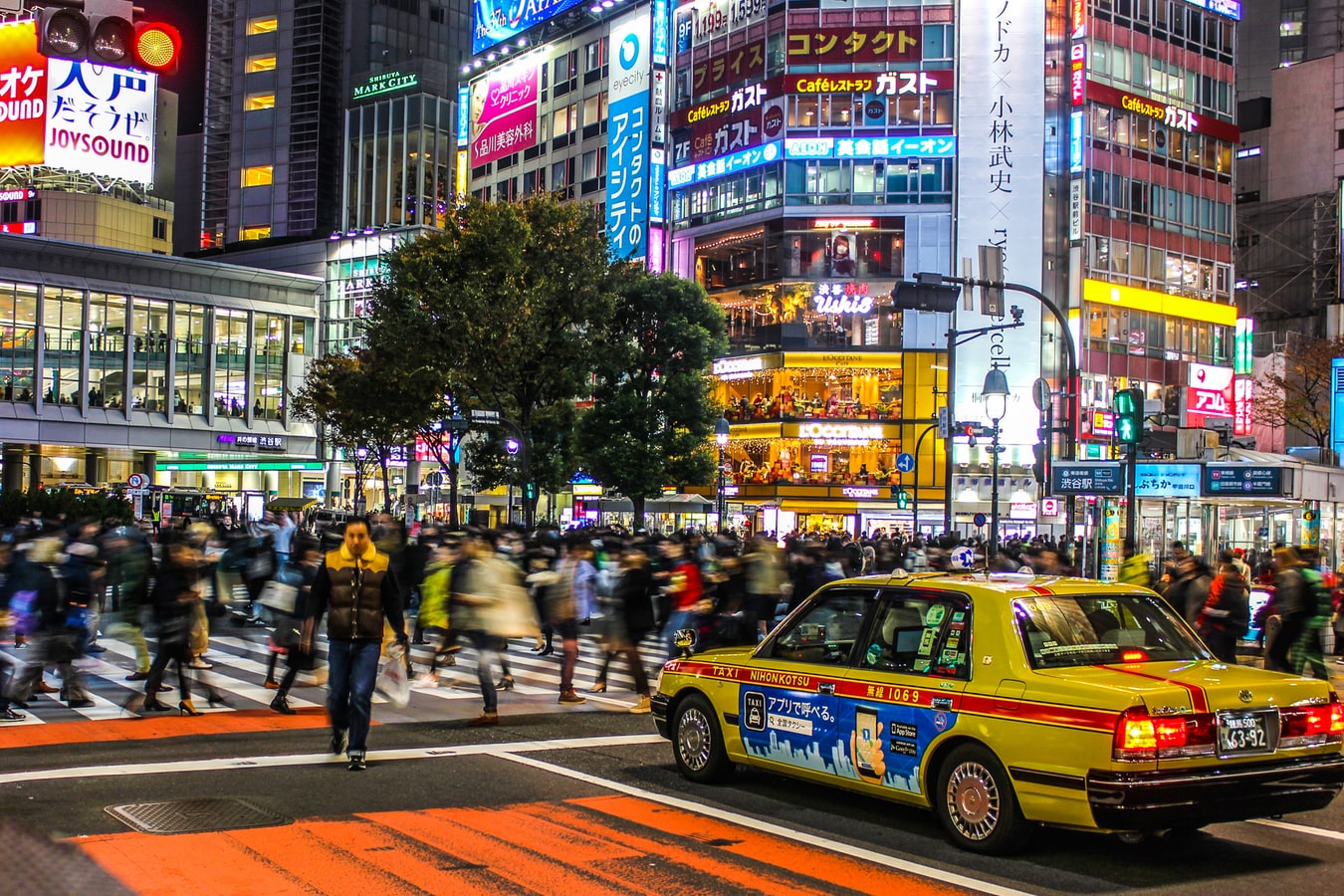 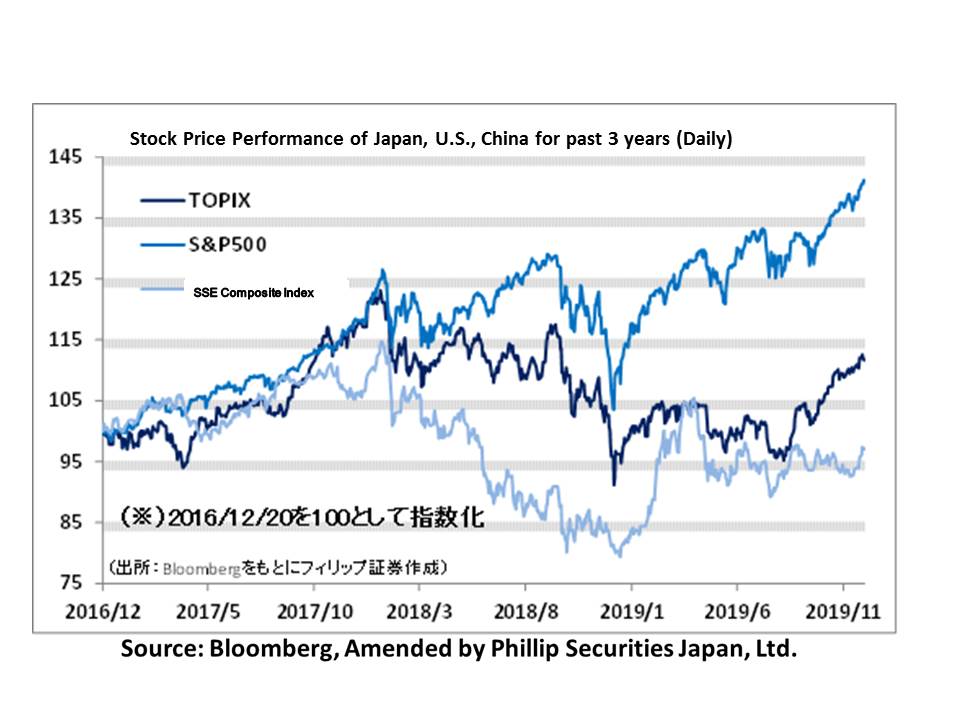 Will We Be Freed from Negative Interest Rates from Next Year Onwards?

At the Monetary Policy Meeting held on 19/12, the Bank of Japan decided to maintain their large-scale monetary easing policy which will see the short-term interest rate controlled at -0.1% and the long-term interest rate at 0%. With the US FRB implementing a policy from Oct 2019 as a plan up to FY2020/4-6 to expand their balance sheet by buying 60 billion dollars of short-term government bonds per month in order to resolve insufficient funds in the short-term monetary market, as well as the ECB in Europe to carry out a policy review starting from early next year which will last for about a year, these policies explore the “reversal rate”, where the harmful effects of a negative interest rate will outweigh its good effects.

For the Japanese stock market in the week of 16/12, due to the phase-one deal being reached in the US and China trade talks in the weekend before which led to an easing of concerns of the US-China trade friction causing a burden on the global economy, on 17/12, the Nikkei average rose to 24,091 points. After which, it was pushed back by profit-taking, which saw the Nikkei average falling to the 23,700 point level on 20/12. In terms of supply and demand, based on the reference of 13/12, the ratio obtained by dividing the “unsettled selling balance of arbitrage” by the “unsettled buying balance of arbitrage” involving spot and futures arbitrage rose to 0.95 times. It appears that the buying pressure which followed the relief of positions of the unsettled selling balance of arbitrage had come full circle.

In contrast with Japan, the US and Europe, on 19/12, the central bank of Sweden raised its policy interest rate from a negative interest rate to 0%. While side effects are increasing in severity to a point where it cannot be ignored, such as not being able to curb the swelling household debt, worsening pension fund management, a decline in bank revenue as well as prolonging the lifespan of companies with low profitability, it seems to have been a decision that was made because there were no signs of improvement in the economy and in prices. Although Sweden was traditionally an export-dominated economy strong in the manufacturing industry, its industry structure is changing due to the emergence of IT companies, and in the background, there is also a decreasing demand for a weaker currency. On the other hand, a yen appreciation has been viewed as a source of concern for the Japanese stock market and the Japanese economy. This could indicate that its export-dominated economic structure has not changed as much when compared with Sweden. Despite recent new developments such as movements from the business merger between LINE (3938) and Yahoo Japan’s parent company, ZHDS (4689), there is the glaring fact that there is still insufficient transformation in the industry structure involving an emergence of IT companies, etc.  In addition, there are over 1,800 trillion yen of individual financial assets in Japan. We can also consider the route of having the economy develop as a financial nation by bringing in money from across the world via the adoption of a flexible strong currency policy such as Singapore. However, this would likely be regarded as contradictory to Abenomics policies. From next year onwards, attention will likely be on the Bank of Japan’s monetary policies when the side effects of negative interest rates come to the fore. 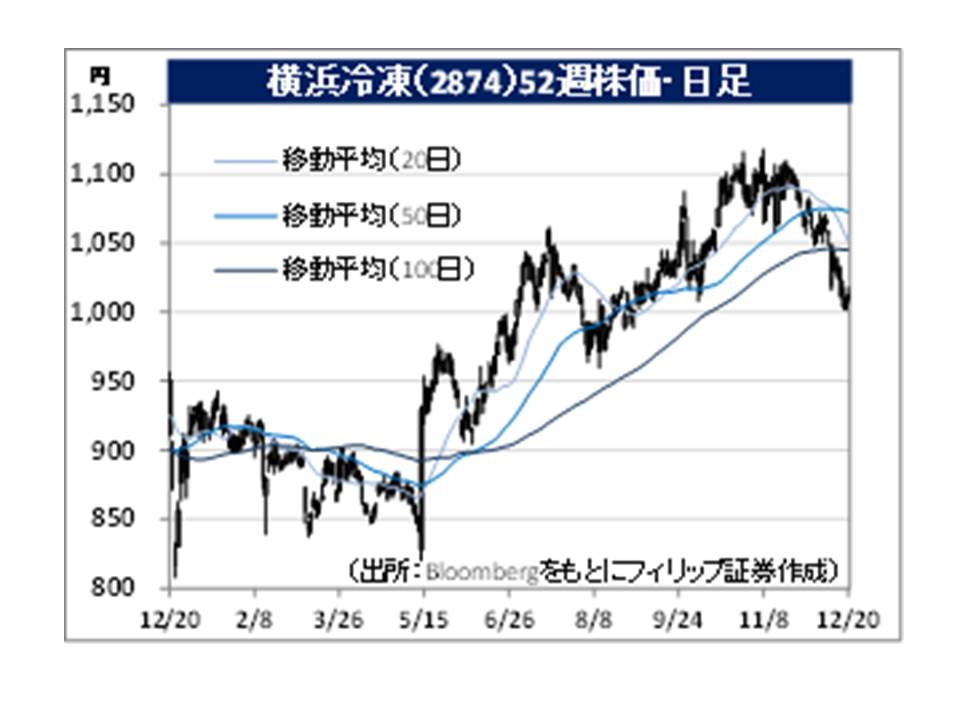 ・Established in 1948. Carries out the chilled / frozen storage business involving seafood / agricultural and livestock products, etc., the food products retail business involving processing, retail, import and export, etc. and real estate leasing, etc. Owns a distribution centre in Yokohama and Osaka (Yumeshima), which is a proposed site for the IR.

・For its FY2020/9 plan, net sales is expected to decrease by 2.2% to 143 billion yen compared to the previous year and operating income to increase by 13.1% to 5.4 billion yen. While pork and beef imports are soaring from lower tariffs due to the TPP and EPA coming into effect, slow domestic consumption of livestock products have led to warehouses storing chilled / frozen import food products being filled to the brim across the country. In addition, concerns on the spread of the ASF infection in China is spurring an increase in imports, therefore, an increase in revenue from storage fees / stevedorage is predicted. 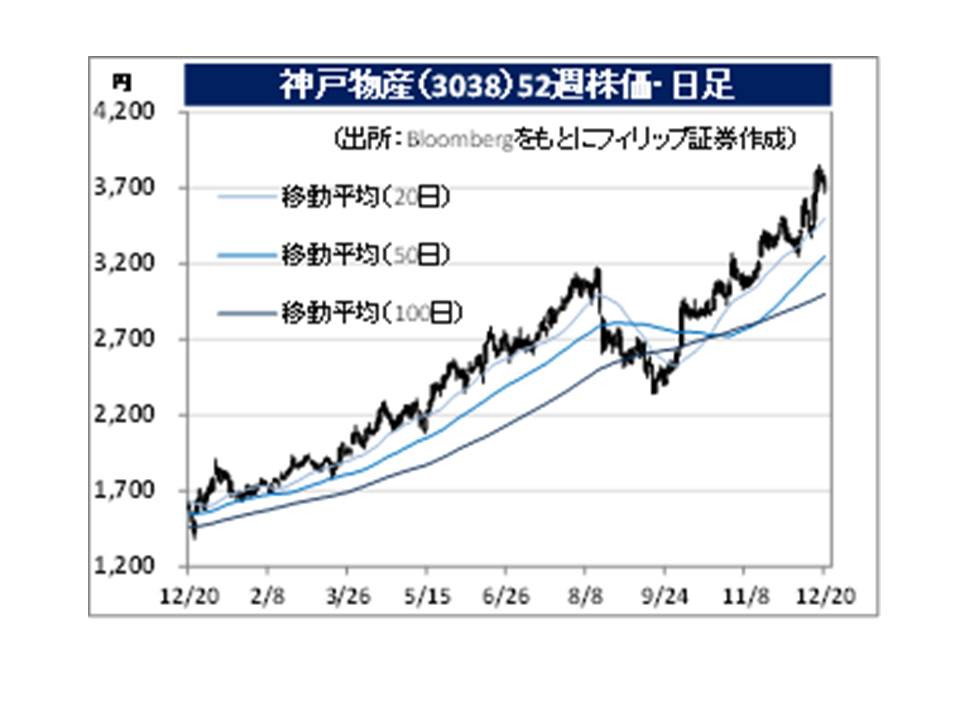