Japan-Weekly Strategy Report Will There Be a Paradigm Shift in Japanese Equity Investment? April 1, 2020 206 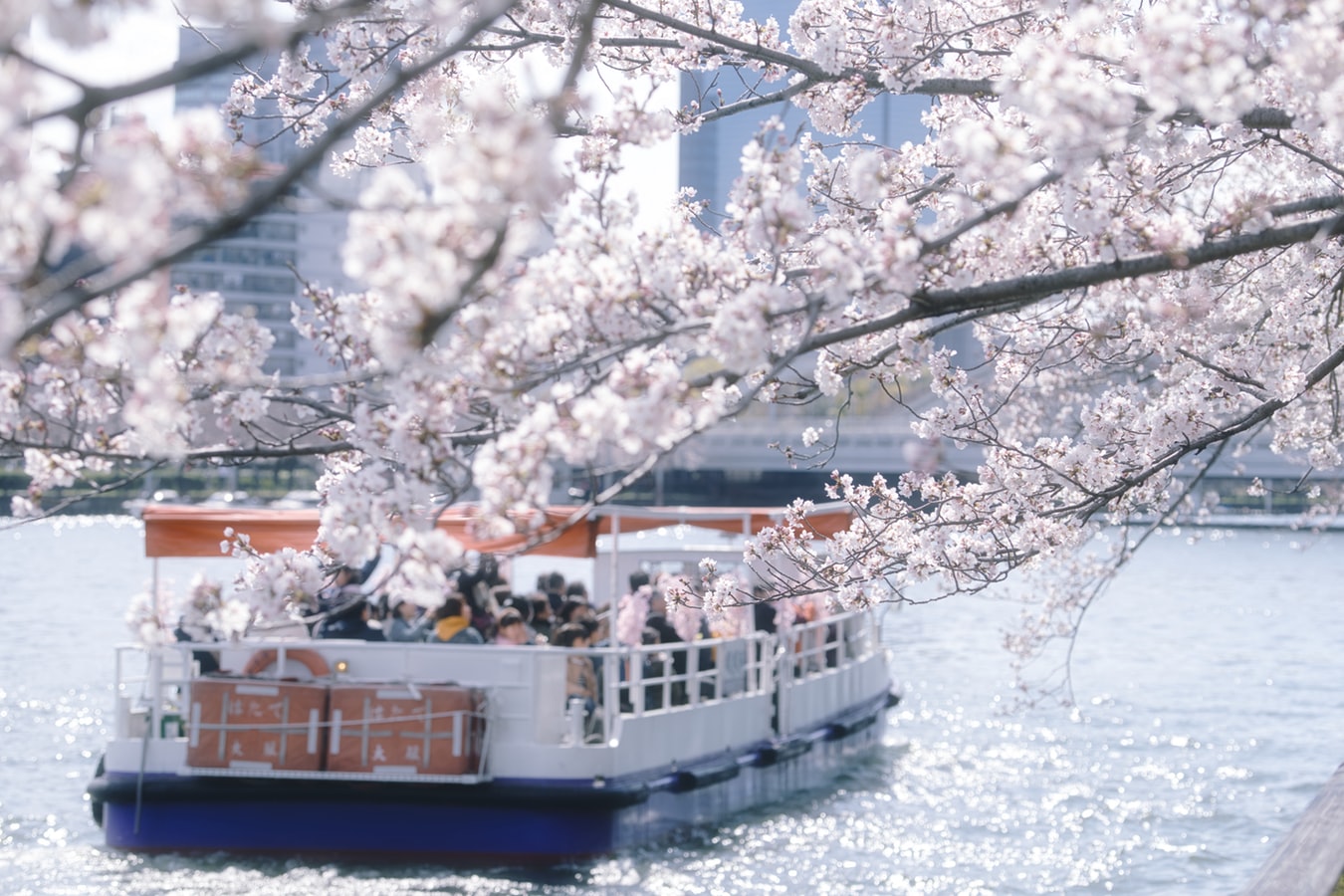 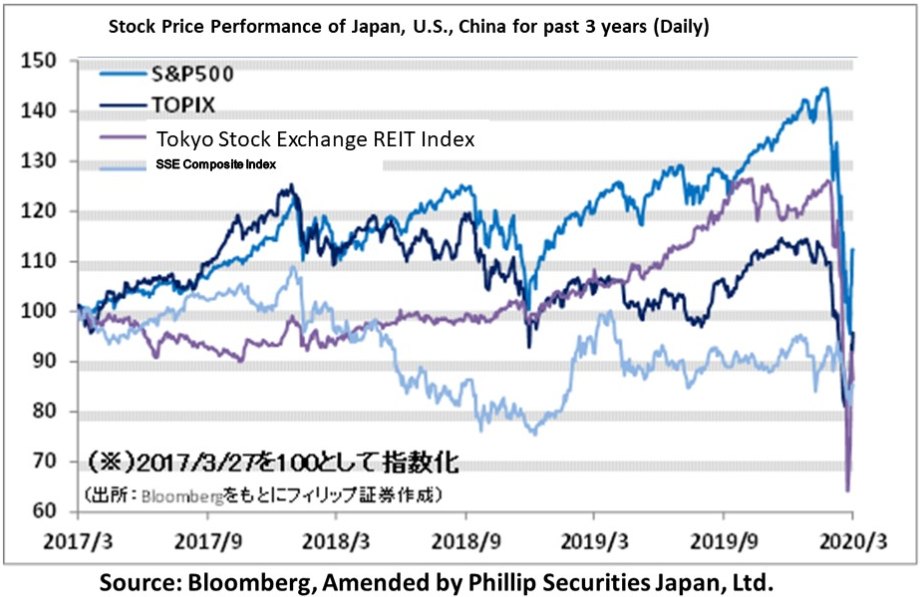 Will There Be a Paradigm Shift in Japanese Equity Investment?

TOPIX is an index composed of the stocks of about 2,000 companies listed on the First Section of the TSE, and composition ratio is determined by the size of each company’s market capitalization. On the other hand, the Nikkei Stock Average consists of 225 stocks, and is a stock price averaged over these 225 stocks after adjusting for the effects of stock splits/consolidation and replacement of stocks adopted. In terms of constituent stocks, TOPIX consists of stocks with large market capitalizations, and is relatively susceptible to stocks closely connected with domestic demands. On the other hand, the Nikkei Average consists of high-tech and export-oriented stocks that are susceptible to overseas economic and exchange rate fluctuations.

As the globalization of the economy progresses, factors such as the expansion of the global economy centered on the US, the yen depreciation together with the strengthening of the US dollar, have improved the outlook for high-tech and export-oriented stocks. In the process, this tended to raise the Nikkei Average as a result. Typically, higher oil prices coupled with a weak yen would reduce domestic consumption due to rising import costs. Even more so, these factors would also apply for Japanese equity investment if they imply a strong global economy.

However, if the spread of Covid-19 halts the movements of people and goods and the global economy malfunctions as a result, it is likely that domestic demand, especially consumption, will increase in importance for an economy. Lower oil prices and a stronger yen are more desirable from the perspective of boosting domestic demand. As the doubling of the BOJ’s ETF purchase target increases the importance of equities with domestic demands in the Japanese stock market, NYMEX’s WTI crude futures price fell 70% from a high of 65.65 dollars per barrel on 8/1 to 19.46 dollars per barrel on 20/3. Oil price depreciation might be a negative factor for a global economy in which high-tech/export-oriented stocks are important, but there may be room to consider it as a positive factor for future Japanese equity investments. 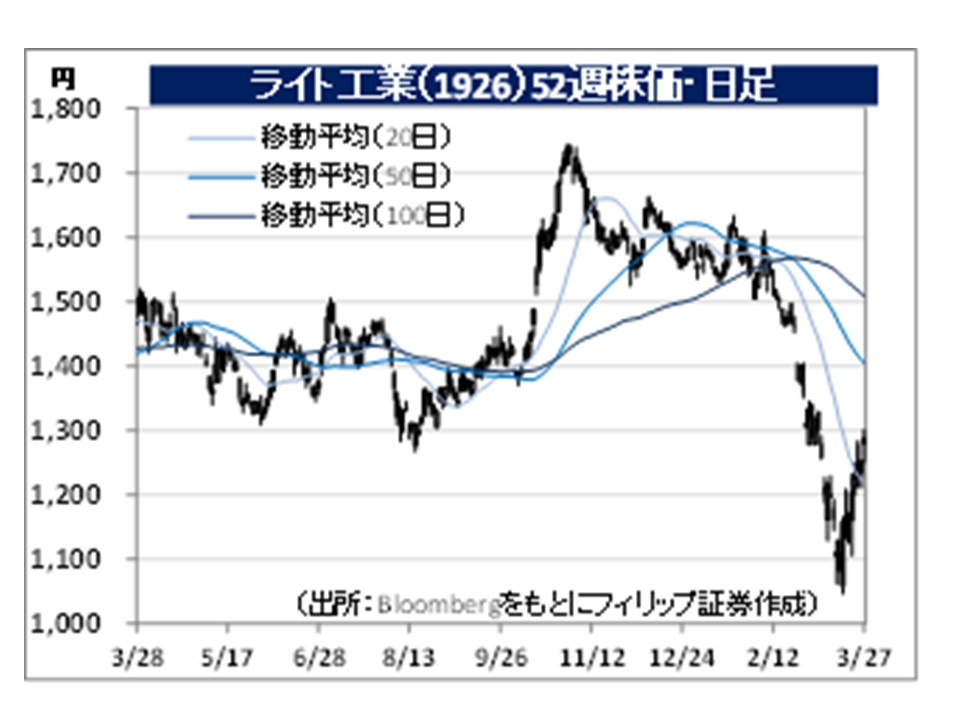 ・Established in Sendai in 1948. Company engages in civil engineering work with a reputation for its technical capabilities (slope and slope stabilization work, foundation and ground improvement work, repair and reinforcement work, and environmental restoration work), general civil work and construction and other related works.

・For 3Q (Apr-Dec) results of FY2020/3 announced on 6/2, net sales increased by 2.2% to 74.81 billion yen compared to the same period the previous year, and operating income decreased by 3.4% to 6.589 billion yen. Increased orders from government agencies for construction work on slopes and slope stabilization, as well as restoration works arising out of natural disasters that occurred frequently in the previous fiscal year, together with the smooth progress of these works, had contributed to increase in sales. However, operating income decreased due to an increase in SG&A expenses.

・For its full year plan, net sales is expected to increase by 0.2% to 103.0 billion yen compared to the previous year, and operating income to increase by 1.0% to 9.8 billion yen.  2020 is the final year of the “Three-year Emergency Measures for Disaster Prevention, Mitigation and National Resilience”.  On top of that, the business scale of recovery and reconstruction from disasters determined in the economic measures by the Cabinet in 2019/12 is about 7 trillion yen. This is a seasonal stock of which the stock price tends to rise during times of natural disasters. Indeed, the saying “Buy a straw hat while in winter” may be a useful reminder here. 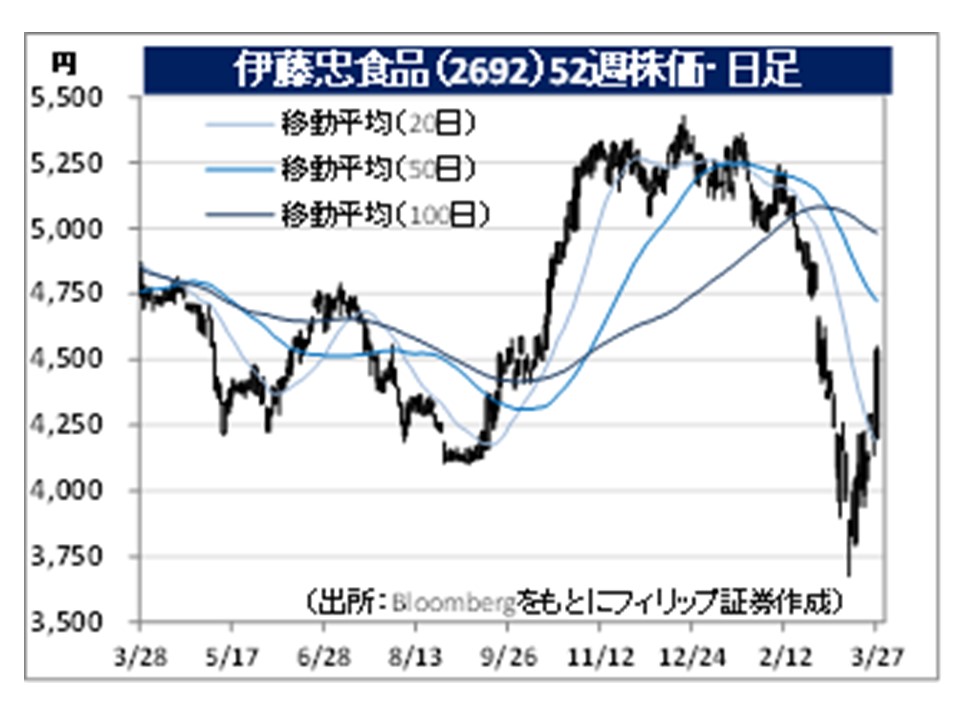 ・Established in 1918. Formed a capital and business alliance with Itochu Corp (8001) in 1982, with Itochu Corp currently holding 50.7%. Wholesale of liquors and foods in the Food Wholesale Business, and storage and transport of these goods in related businesses.

・For 3Q (Apr-Dec) results of FY2020/3 announced on 30/1, net sales decreased by 1.8% to 518.628 billion yen compared to the same period the previous year, and operating income decreased by 6.8% to 3.643 billion yen. Despite an increase in transactions through deeper business dealings with organized retailers, finally sales declined mainly due to sluggish beer sales.  SG&A expenses fell 3.4% YoY, but profits declined due to a decrease in gross profit.

・For its full year plan, net sales is expected to increase by 4.9% to 700.0 billion yen compared to the previous year, and operating income to increase by 16.3% to 4.7 billion yen. Company is working with Confex Holdings, a confectionery wholesaler, and investing in Prima Meat Packers (2281), to expand and deepen its existing core businesses. In response to the spread of Covid-19, the Tokyo Metropolitan Government has called residents to refrain from going out unnecessarily on weekends as well as on weekday nights. There may therefore be concerns about hoarding of food and goods.