Japan-Weekly Strategy Report Will the Stimulus Package Save the Japanese Economy in 2020? December 10, 2019 285 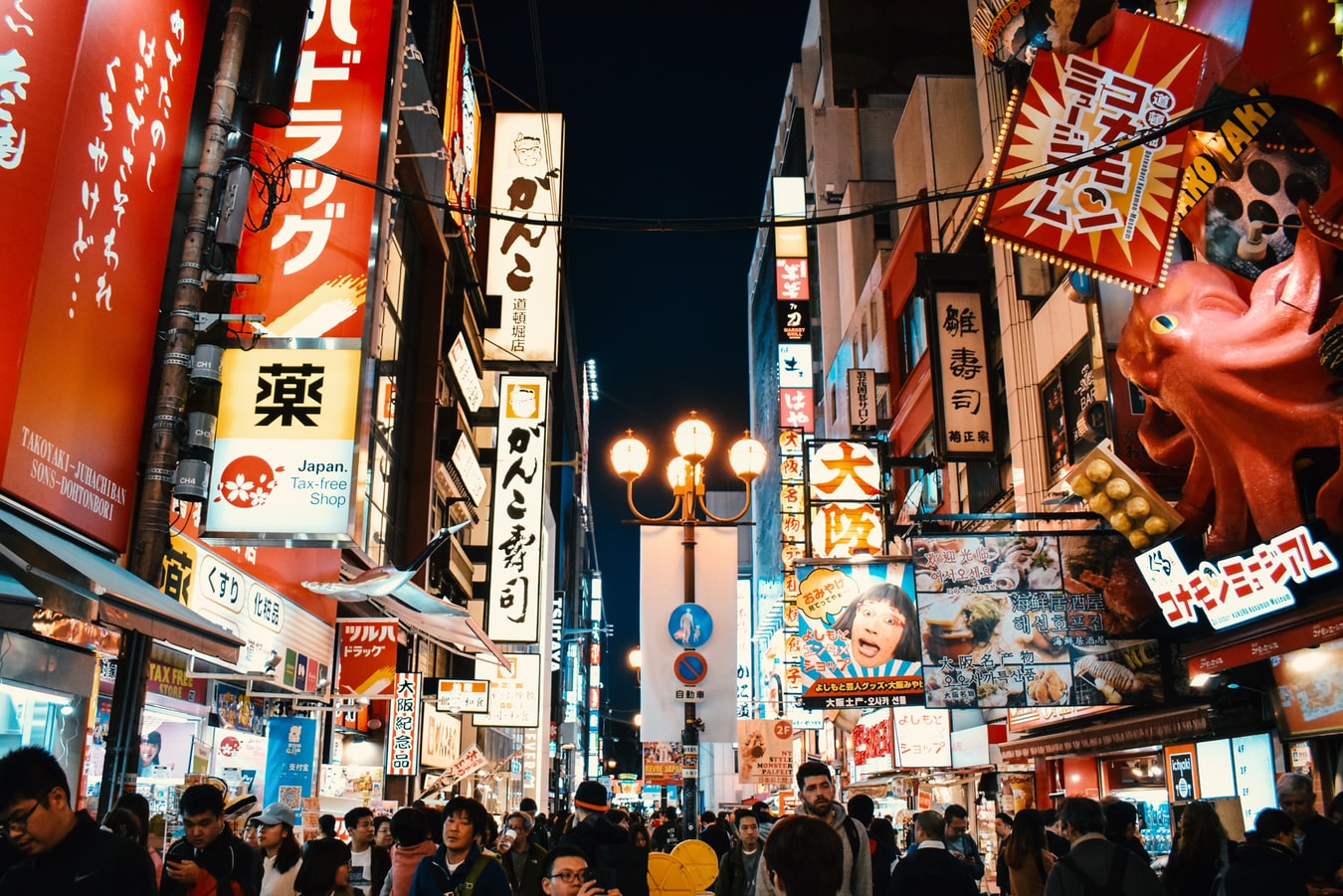 Will the Stimulus Package Save the Japanese Economy in 2020?

On 5/12, the Cabinet approved a stimulus package involving a fiscal expenditure of 13.2 trillion yen from the country and its regions. Added with the expenditure from the private sector, the scale of the project comes up to 26 trillion yen, and within fiscal expenditure, public investment accounts for about 6 trillion yen. Although we ought to emphasise on a policy which will prepare for risks of an economic downturn and lead to economic growth after the Tokyo Olympics, with concerns on personal consumption after the consumption tax hike, would it actually be able to save the Japanese economy?

For the Japanese economy in the week of 2/12, as a result of November’s Purchasing Managers’ Index (PMI) announced on 30/11 by the National Bureau of Statistics of China going against market predictions to exceed 50 which was last seen 7 months ago, as well as the PMI for the private sector announced on 2/12 at 51.8, which was at a high level last seen since Dec 2016, on 2/12, the Nikkei average rose to exceed 23,500 points. However, due to growing uncertainty on the future as a result of US President Trump’s statement on 3/12 that “he liked the idea of waiting until after the presidential election for the China deal”, as well as the announcement of additional sanctions of tariffs on South American steel, etc., on 4/12, the Nikkei average fell to 23,044 points. Following which, expectations towards the US-China agreement began to rise once again, and it rebounded to 23,412 points on 5/12.

The three pillars of the stimulus package approved by the Cabinet are as follows: ① The recovery / restoration and to ensure safety / security from disasters” due to the series of natural disasters suffered, by reinforcing river banks that have a high risk of flood occurrences, as well as to eliminate utility poles on roads in urban areas which are used for transport in times of emergency. Since we are unable to know when disasters will strike and there has been a trend in their growing scale year after year, we can expect demand to be brought forward as well as long-term demand. ② Support towards “overcoming risks of an economic downturn” via a measure which mainly targets small and medium sized enterprises / small businesses by incorporating subsidies to promote an improvement in productivity, such as through digitalisation. Although there has already been an increasing trend in investments for improved work efficiency and labour-saving in small and medium-sized enterprises whom have adopted a “work style reform”, it is predicted that it will require prolonged efforts for its benefits to be reflected in system or software development companies. ③ “To enhance and maintain economic vitality for a future beyond the Tokyo Olympics” such as by enabling all elementary and middle school students to use IT devices such as PCs by fiscal year 2023. Due to an increase in ICT demand in education and at the same time, a growing importance of security countermeasures, there will likely be room for the involvement of a wide variety of related industries. 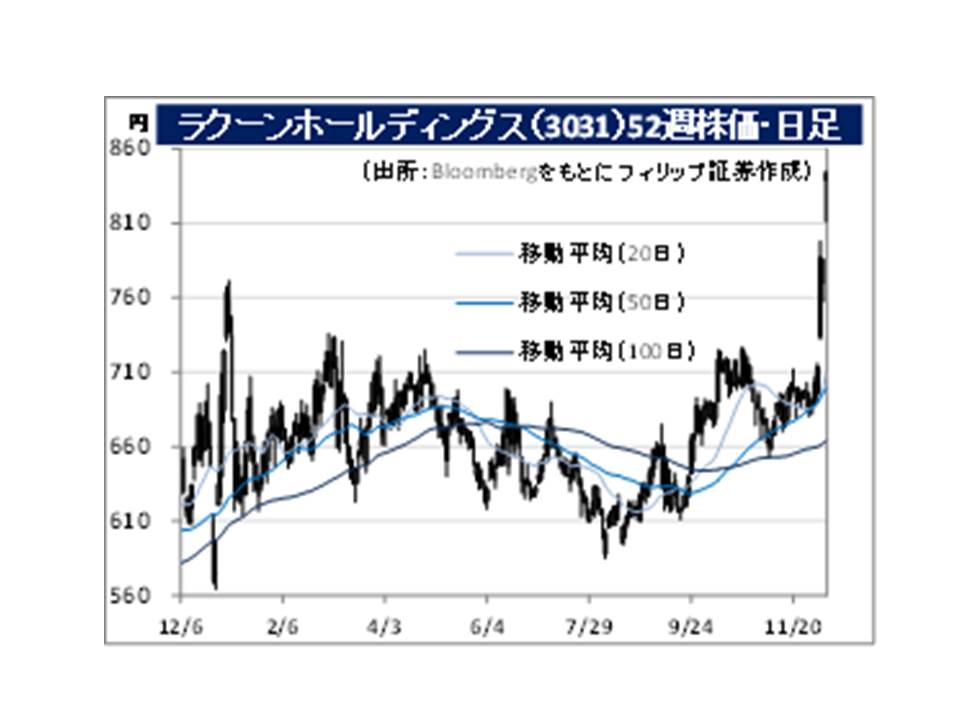 ・Founded in 1993. Creates and provides new infrastructure in B2B transactions. Expands a cloud-based ordering system which performs the integrated management of placing and receiving orders for B2B transactions and the operation of B2B transaction sites involving apparel / miscellaneous goods, agency work for the payment and collection of payments that incur in B2B transactions, as well as accounts receivable / commercial rent guarantee services, etc.

・For 1H (May-Oct) results of FY2020/4 announced on 5/12, net sales increased by 23.4% to 1.667 billion yen compared to the same period the previous year, operating income increased by 34.8% to 365 million yen and net income increased by 30.1% to 236 million yen. There was significant growth in the distribution amount of business operators other than retail in the wholesale / supply site, “Super Delivery”. The start of product supply to Amazon Fashion has also contributed.

・For its full year plan, net sales is expected to increase by 15.8% to 3.45 billion yen compared to the previous year and net income to increase by 12.0% to 425 million yen. The content announced on 13/6 remains unchanged. In Super Delivery, they have begun dealing with tools such as DIY supplies and carpenter’s tools from October. Furthermore, the launch of advertisements geared at companies exhibiting their products have also contributed, and their product listing has exceeded 1 million.

・Established in 1946. Succeeded the manufacturing and retail rights of Chuyu Seirogan (currently “Seirogan”). Expands 3 businesses, which are “Pharmaceuticals”, which carry out the manufacture and retail of general pharmaceuticals, “Infection Management”, which utilises patented technology involving chlorine dioxide gas, and “Others”.

・For 1H (Apr-Sep) results of FY2020/3 announced on 8/11, net sales increased by 14.6% to 4.385 billion yen compared to the same period the previous year and operating income increased by 52.3% to 980 million yen. Sales of the “Leave-on-type Cleverin” and “Cleve & And” in their infection management business have performed strongly. The 27.3% increase in net sales to 1.675 billion yen and the 2.8 times increase in segment profits to 434 million yen in this business have also contributed to an increase in both sales and profit.

・For its full year plan, net sales is expected to increase by 8.1% to 11.26 billion yen compared to the previous year and operating income to increase by 8.4% to 2.2 billion yen. Shipments in their pharmaceutical business for the Chinese market are planned to begin from Oct 2019. In addition, due to an increase in brand awareness from the marketing strategy to remove the “trumpet logo” in the infection management business, as well as a rise in demand for virus elimination / disinfectants such as influenza in the office, we can expect a sustained popularity for Cleverin.