Japan-Weekly Strategy Report “Will the dominance of US stocks over Japanese stocks continue?” April 22, 2021 275 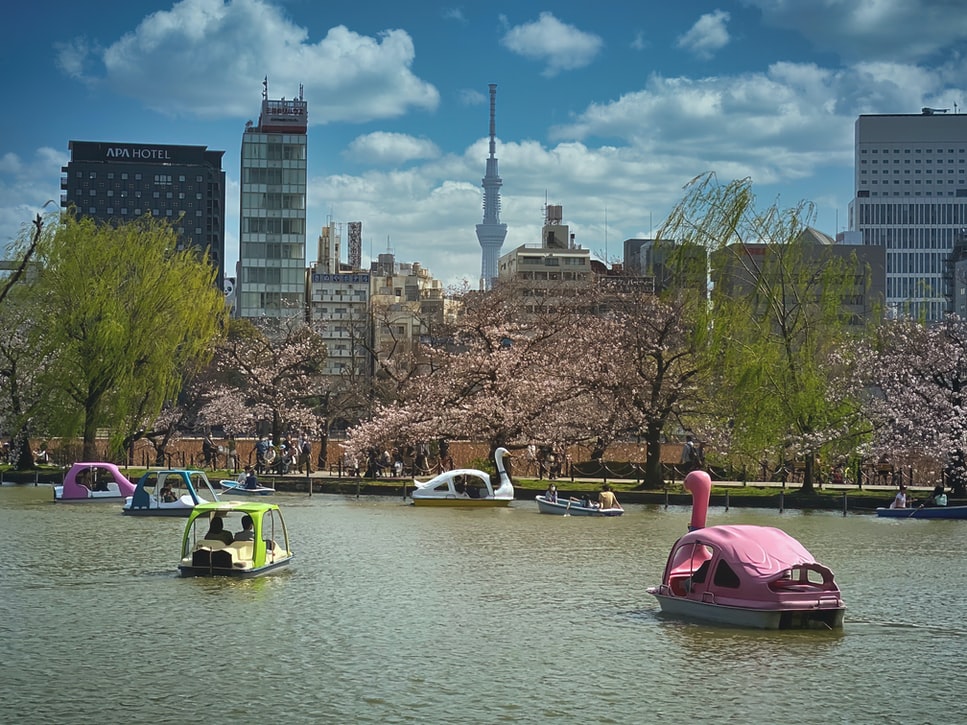 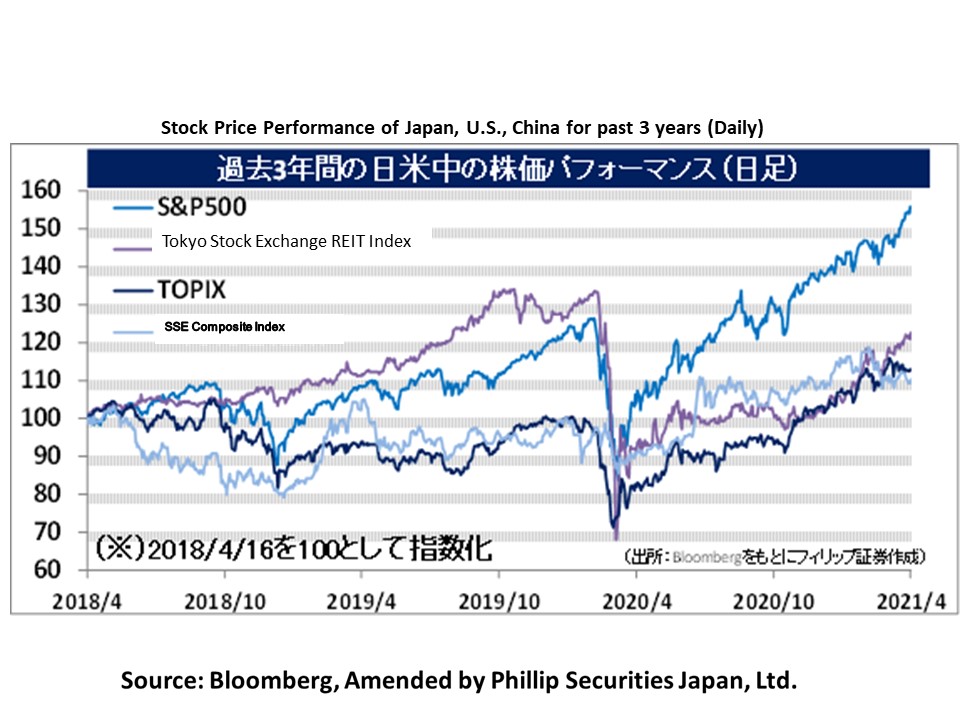 “Will the dominance of US stocks over Japanese stocks continue?”

In the US stock market, “The American Jobs Plan” announced by US President Biden on 31/3 indicated that demand is expected to increase over the medium to long term.  Furthermore, as for the feared side effects of inflation and higher interest rates, a series of statements by Fed Chairman Powell and other officials that the rise in prices would be only temporary countered expectations of early monetary tightening.  As a result, the market is evolving in an ideal direction, with both economic cycle-centric value stocks and high P/E growth stocks rising.  In contrast, the Nikkei Average continues to hover in the high range, just short of 30,000 points, as it did the previous week.  Why are Japanese stocks moving so slowly, failing to keep pace with the major US stock indices, which are hitting record highs?

Firstly, a chronological look at the current state of US stocks shows that the Wilshire 5000, which covers the broadest range of the US stock market, has risen to a multiple of nearly 200%, far exceeding the peak of the IT bubble in March 2000, when the total market capitalization at the end of the month was divided by nominal GDP. In contrast, the multiple of the total end-of-month market capitalization of companies listed on the First, Second, and Mothers sections of the TSE divided by Japan’s nominal GDP was 138% at the end of March this year, roughly in line with 132% in June 2007, 138% in July 2015, and 142% in January 2018.  One thing that can be inferred from this data is that Japanese stocks, compared to US stocks, have a stronger awareness of their historical market capitalization levels when viewed in the context of balancing with the size of the real economy.

The main reason why the total market capitalization of the US stock market has been expanding without any awareness of its balance with the size of the real economy appears to be the increasing dominance of high-growth growth stocks such as GAFA over value stocks, including cyclical stocks.  The multiple of the growth stock index divided by the value stock index within the S&P500, the leading US stock index, peaked at 2.04x in late December of last year and then declined to 1.95x on 9/4.  However, that for the Tokyo Stock Exchange Stock Price Index (TOPIX) peaked at 1.59x at the end of last year and then declined to 1.44x on 9/4.

With major countries advocating the reduction of global warming gas emissions and the shift to clean energy, “shift from growth to value” appears to be becoming the watchword in the stock market.  However, it can be said that the dominance of growth stocks over value stocks has not changed significantly in both Japan and the US.  As long as this environment continues, the dominance of US stocks over Japanese stocks should remain unchallenged.  On the other hand, a full-fledged shift to value stocks could reverse the current flow of funds and give Japanese stocks an advantage over US stocks. 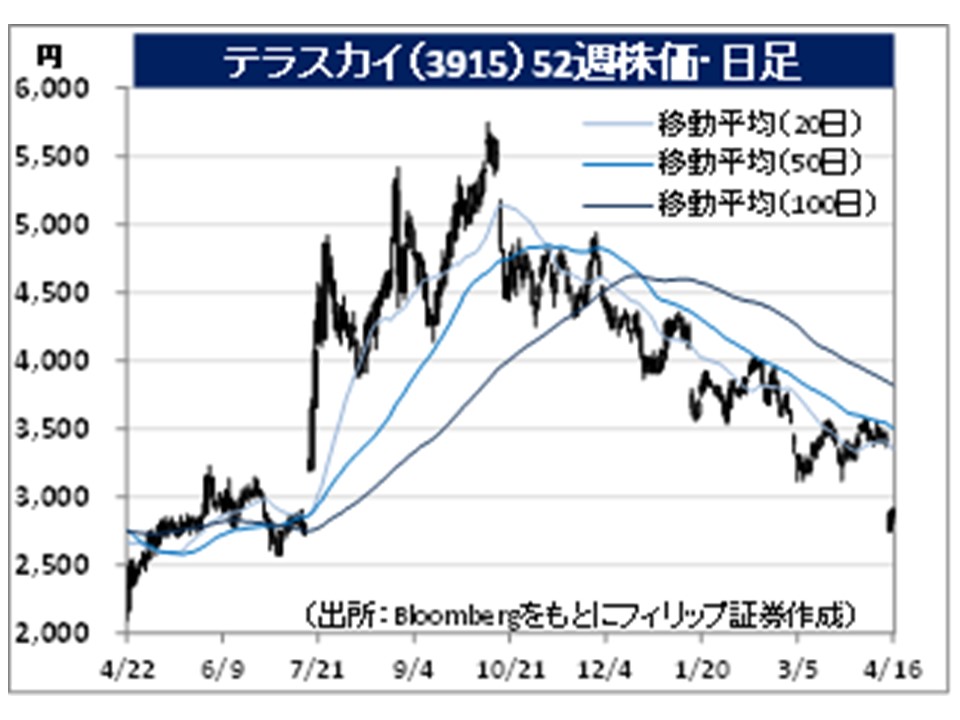 ・Established in 2006. Comprises the solutions business based on the cloud systems of Salesforce and AWS (Amazon Web Service), and the product business that provides cloud services in Japan and overseas as a SaaS vendor.

・For FY2021/2 results announced on 14/4, net sales increased by 19.8% to 11.144 billion yen compared to the previous year, and operating income increased by 7.5% to 779 million yen.  In addition to the benefits of the expansion of cloud services, deals for “mitoco”, company’s groupware product, have increased for teleworking companies, local governments and educational institutions due to the spread of Covid-19.

・For FY2022/2 plan, net sales is expected to increase by 18.1% to 13.159 billion yen compared to the previous year, and operating income to decrease by 31.2% to 536 million yen.  Company expects a decrease in profit due to an expected increase in labor costs to cope with the expansion of the cloud market and the increasing number of projects.  salesforce.com (CRM), which is the company’s core business, is expected to post a 21% YoY increase in sales in FY2022/1, and there is also room for upside due to growing demand for digital transformation (DX) among companies. 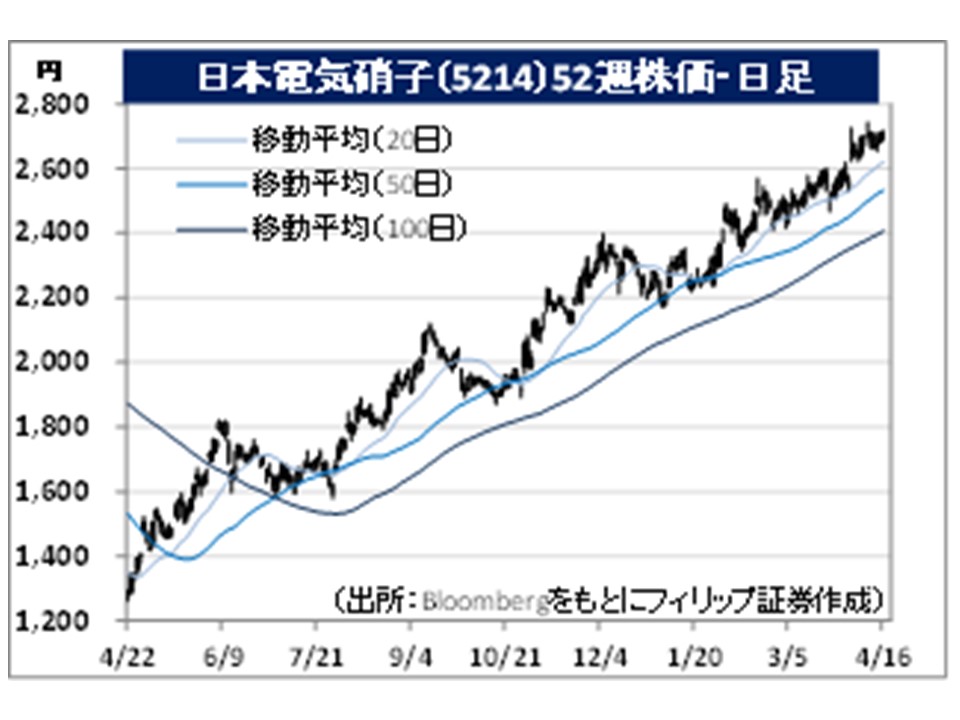 ・Founded in 1949 as an independent company from NEC Corp (6701).  Manufactures and sells specialty glass products and glass manufacturing machinery in the electronics, information, functional material sectors and other fields, including glass for flat panel displays.

・For FY2020/12 results announced on 2/2, net sales decreased by 5.7% to 242.886 billion yen compared to the previous year, and operating income increased by 8.6% to 17.66 billion yen.   Although sales recovered from 3Q (Jul-Sep) onward, full-year sales suffered as glass fibers sales for the automotive market decreased due to the impact of the Covid-19 pandemic.  On the other hand, operating income increased owing to productivity improvement and cost reduction.

・For FY2021/12 plan, net sales is expected to increase by 7.0% to 260.0 billion yen compared to the previous year, and operating income to increase by 13.3% to 20.0 billion yen.  Price increase of large LCD panels for TVs has accelerated, and the trade price of index products for large consumers in March this year rose for the 10th consecutive month from the previous month.  Amid concerns about shortages in the supply of panel components, the glass substrate market for components is an oligopoly market with three companies worldwide, with company ranking third in the world after Corning (GLW) and AGC (5201).