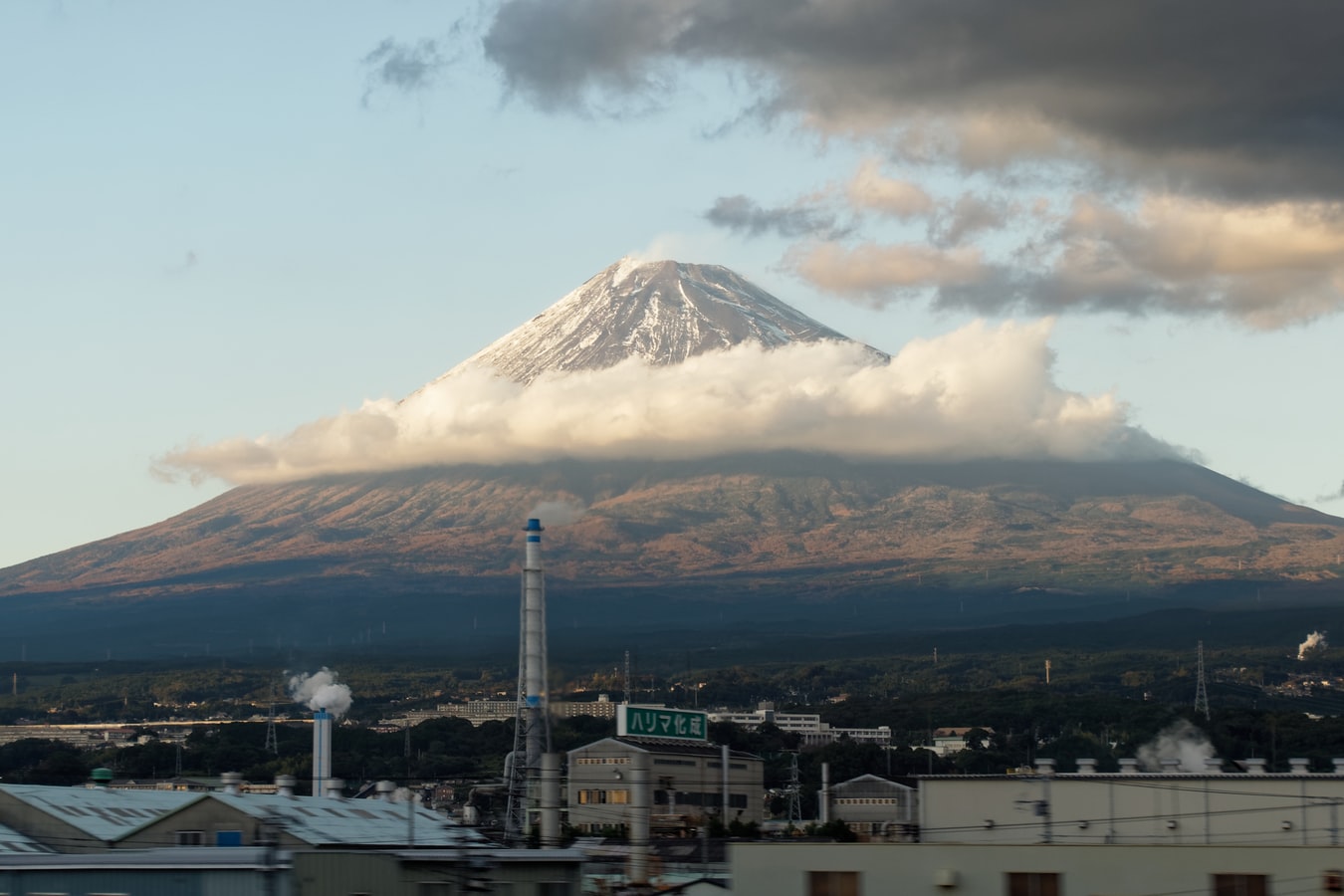 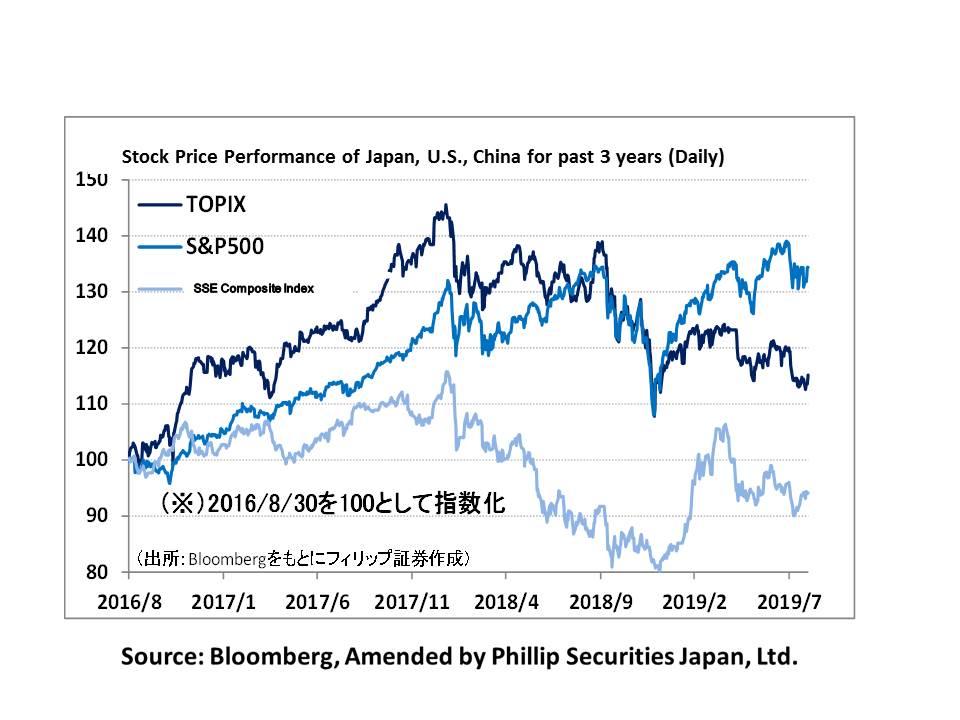 What the Trends Involving Cross-Shareholding Mean

For the Japanese stock market in the week of 26/8, despite growing concerns of the Nikkei average falling below 20,000 points as a result of the “Trump Shock” on 23/8, after the opening on 26/8 and marking the low of 20,173 points, it showed stable movements in the slight fluctuations around 20,500 points. President Trump’s announcement on 23/8 of additional tariffs on China saw 250 billion dollars equivalent of Chinese products that have already been imposed with tariffs being raised from 25% to 30% at the moment, and there was also the announcement of raising the tax rate by an additional 5% as a countermeasure in the “4th round of tariffs”, where 300 billion dollars equivalent of Chinese products are scheduled to be newly imposed on 1/9 and 15/12 separately. In addition, there was the hardline content such as the demand for U.S. companies to withdraw their businesses from China, etc.

Not only was there a sense of low stock prices seen from fundamentals with the Nikkei average’s weighted average PBR (price-to-book ratio) around under 1.0 times, due to factors such as the month end for the demand for portfolio rebalancing of pension funds, etc., the Japanese stock market also proved to be strong. Due to an easing of the stance of the US-China opposition on 30/8, it also saw the Nikkei average increasing up to around 20,750 points. Also, in terms of days for supply and demand, for the 79 trading days between 26/12 last year that marked the low price of 2018 to the high price of 24/4 this year, there were also 79 trading days between the following day of 25/4 to 26/8. The time could be approaching as the situation switches from strong selling.

Conflicting movements were also seen in cross-shareholding involving Japanese stocks. Firstly, there was the announcement on 28/8 of a capital tie-up involving crossholding of shares between Toyota Motor (7203) and Suzuki Motor (7269) to promote “cooperation in new fields including the field of automated driving”. Following Daihatsu Motor, SUBARU (7270) and Mazda Motor (7261), this is the 4th company to invest in the domestic passenger car manufacturer Toyota, and by gradually incorporating a wide range of fields and companies in the period of revolution for “CASE”, this could also be a move by Toyota to target “major platform providers” in the data-driven economy.

On the other hand, on 28/8, there was the announcement by Recruit Holdings (6089) to put on sale the 121.5 million shares of 13 companies held (approx. 7% of the number of issued shares). From the aspect of corporate governance and ROE, we can expect this to lead to a resolution of the issue of cross-shareholding. Companies who sell off their crossholding of shares may also be pressed to return to shareholders via share buyback using funds from the sale, etc. In addition, Recruit themselves have also announced a share buyback. Attention will likely be on companies with a high percentage of cross-shareholding. 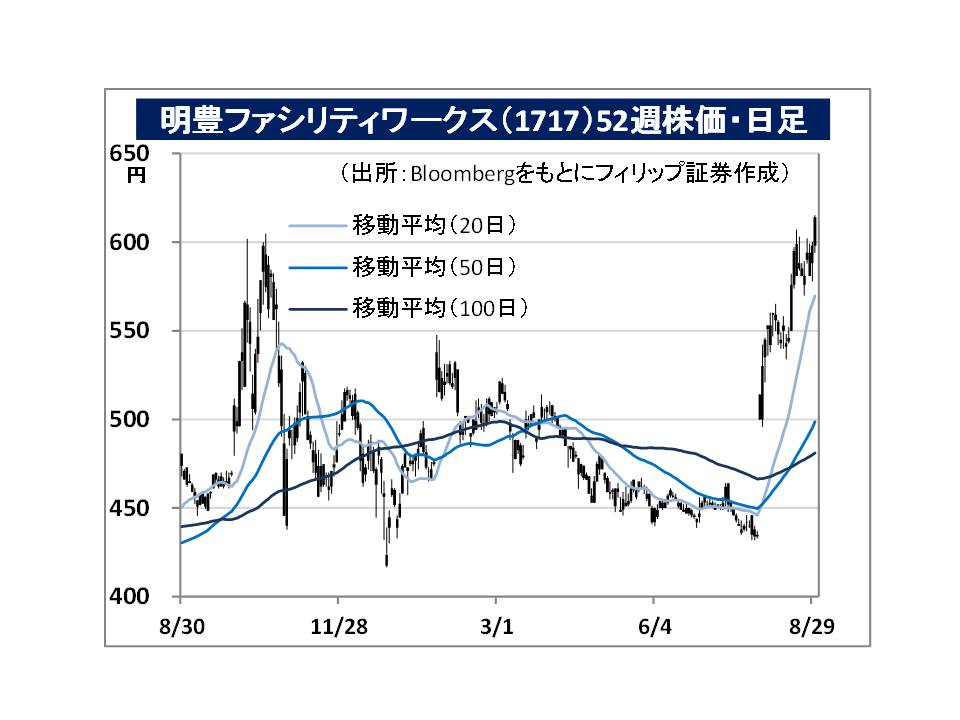 ・For 1Q (Apr-Jun) results of FY2020/3 announced on 5/8, net sales decreased by 2.4% to 1.021 billion yen compared to the same period the previous year, and operating income increased by 89.3% to 174 million yen. The decrease in revenue is due to the increase in “Pure CM”, which does not include construction costs, and essentially has seen an increase in revenue. There has been an increase in inquiries to implement the CM method due to a deterioration of public facilities and heatstroke countermeasures by local governments.

・For FY2020/3 plan, net sales is expected to decrease by 23.6% to 4.28 billion yen compared to the previous year, and operating income to increase by 2.0% to 790 million yen. A decrease in “At Risk CM”, which includes construction costs in the sales, and a continuous increase in “Pure CM” are expected, but the plan is for an essential increase in revenue and profit. If there is a future increase in societal recognition of the CM business, which “supports the client” as its core, we can also expect the company’s value to increase. There is also a need to keep an eye on the point where it surpasses 1 year from the switch from JASDAQ to the Second Section of the TSE. 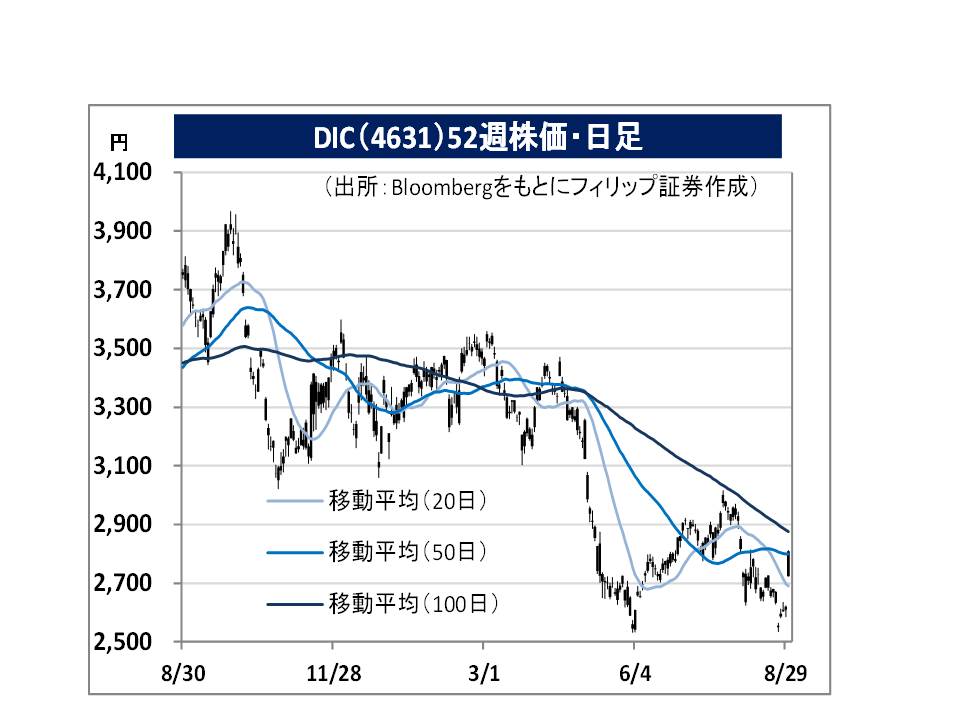 ・Founded in 1908 as a chemical manufacturer that manufactures and sells printing inks. Expands their range of businesses based on the fundamental materials of organic pigments and synthetic resins, and offers a wide product lineup from raw materials to processing.  Holds the top shares globally for printing inks, organic pigments, and PPS compounds. Has expanded to over 60 countries and regions worldwide.

・For 1H (Jan-Jun) results of FY2019/12 announced on 8/8, net sales decreased by 3.5% to 385.014 billion yen compared to the same period the previous year, operating income decreased by 24.4% to 18.392 billion yen, and net sales decreased by 11.9% to 13.13 billion yen. Due to the global economic slowdown, there has been a decrease in shipments throughout a wide range of fields such as materials for automobiles, electric, and electronic. Effects from a decrease in conversion for foreign businesses due to the appreciation of the yen have also shown.