Japan-Weekly Strategy Report “The ‘Twisted Parliament’ in the U.S. Bringing About an Appreciation of the Yen Against the Dollar” November 12, 2020 104 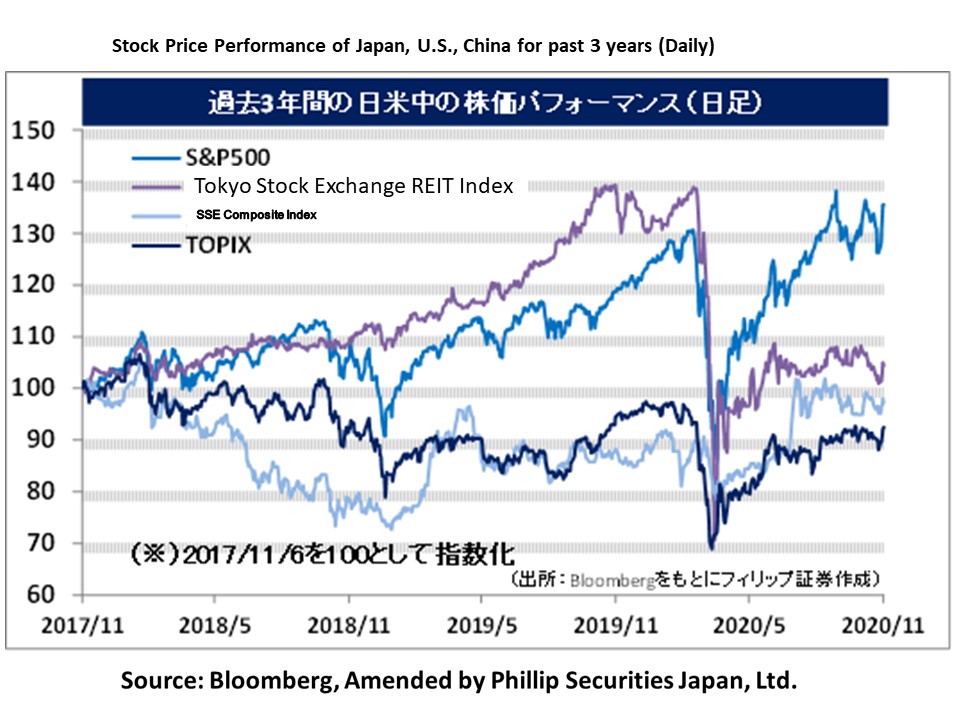 “The ‘Twisted Parliament’ in the U.S. Bringing About an Appreciation of the Yen Against the Dollar”

Although presently the results of the U.S. presidential and parliamentary elections which took place on 3/11 have not been confirmed, the global stock market saw an acceleration of risk-on movements at once under the prediction of a “twisted parliament”, where Biden is elected and there is a majority of the Senate from the Republican Party and a majority of the House of Representatives from the Democratic Party. The Nikkei average, which saw a growing standstill at the 23,000 point level from June onwards, hit over 24,000 points on 5/11 last seen in Jan this year, and marked the 24,300 point level on 6/11 last seen in Oct 2018. With movements focusing on the 22,000 point level throughout May to Sep 2018 without exceeding close to 23,000 points, these movements appear to be a turn of events similar to the time where there was an accelerated rise in market price after exceeding 23,000 points in mid Sep up to the 24,400 point level in early Oct. We can presume that the accumulation of short positions focusing on futures within a narrow boxed market and the market exceeding the upper limit of the range could invoke a short squeeze of cutting losses and easily cause an accelerated increase in market price. 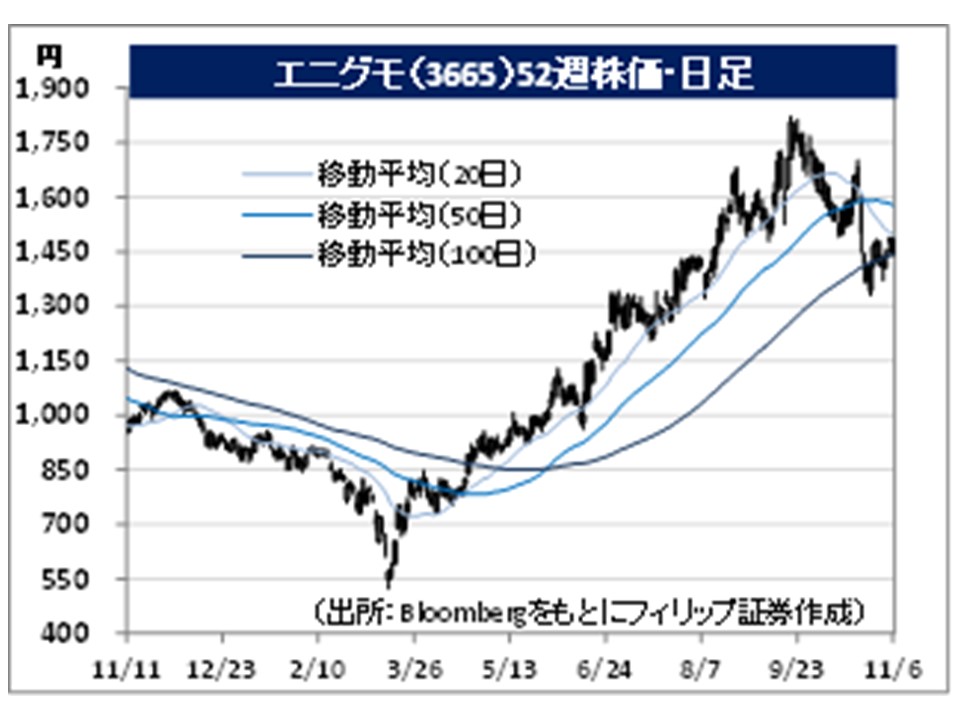 ・Established in 2004. Operates the social shopping site, “BUYMA”, which enables the retail of and putting up popular items for sale locally by Japanese residing overseas and who register as a personal shopper. Sony (6758) is their principal shareholder.

・For 1H (Feb-Jul) results of FY2021/1 announced on 14/9, net sales increased by 10.0% to 2.964 billion yen compared to the same period the previous year and operating income decreased by 0.5% to 1.127 billion yen. Due to the promotion of an early switch to private international distribution services in response to temporary delivery suspensions and delays following city lockdowns in various overseas countries due to the COVID-19 catastrophe, they were able to limit the negative impact on their services to a minimum.

・Their full year plan is unannounced due to the difficulty in reasonably calculating the impact of the COVID-19 catastrophe. As a growth strategy for BUYMA, they are currently promoting a reinforcement to their selection of goods by collaborating with corporate sellers such as overseas specialty shops, and expanding the English version of BUYMA. With self-restraint in going outdoors to continue due to the COVID-19 catastrophe, there has been an expansion in their user bracket such as in overseas users, etc., who began selling due to the implementation of telecommuting. There has also been increased diversification in products, such as furniture and interior, etc. due to the demand from staying at home. 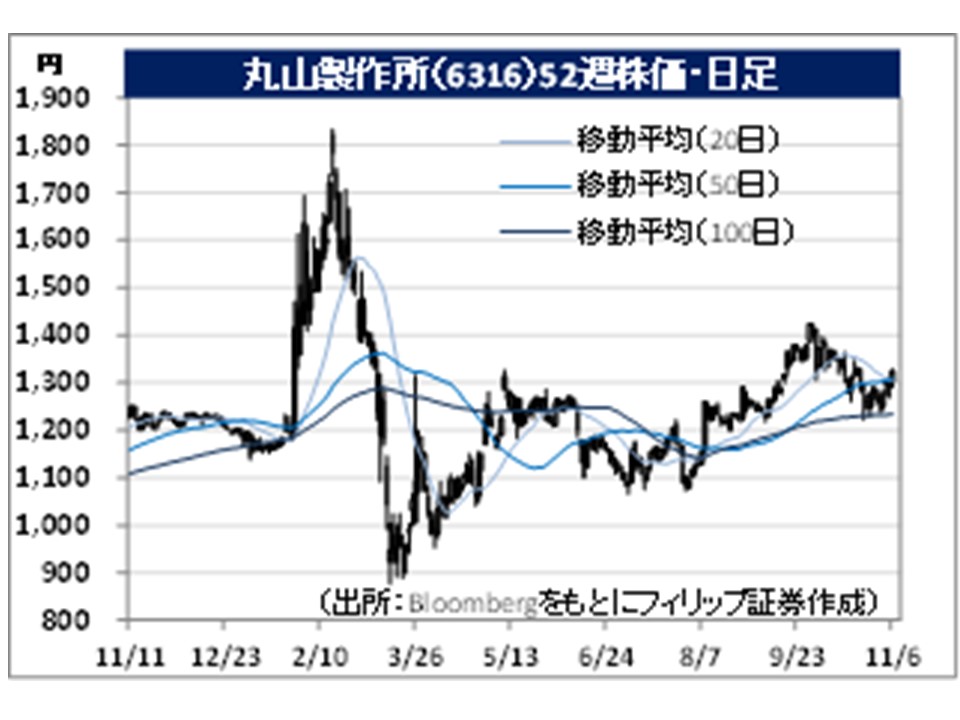 ・For 9M (2019/10-2020/6) results of FY2020/9 announced on 7/8, net sales decreased by 2.9% to 24.406 billion yen compared to the same period the previous year and operating income increased by 2.4 times to 591 million yen. Although there was an increase in demand for sprayers as a measure for COVID-19, the decrease in high-performance pest control machines for farmers following a self-restraint in business influenced the decrease in revenue. In terms of profit, they succeeded in cutting expenses which lead to an increase in profit.

・Company revised their full year plan downwards. Net sales is expected to decrease by 4.6% to 34.5 billion yen compared to the previous year (original plan 37 billion yen) and operating income to increase by 38.1% to 600 million yen (original plan 700 million yen). In the general policy speech by Prime Minister Suga held after the call for the extraordinary Diet session, the export value of agricultural products from Japan (900 billion in 2019) is targeted at 2 trillion yen in 2025 and 5 trillion yen in 2030. Towards achieving the target, here would be a need for increased efficiency in agricultural production, and we can likely expect an increase in demand to introduce machines for farmers.