Japan-Weekly Strategy Report “The Trend of Changes in Those Related to Semiconductor Manufacturing and Global Niche Candidates” December 13, 2022 115 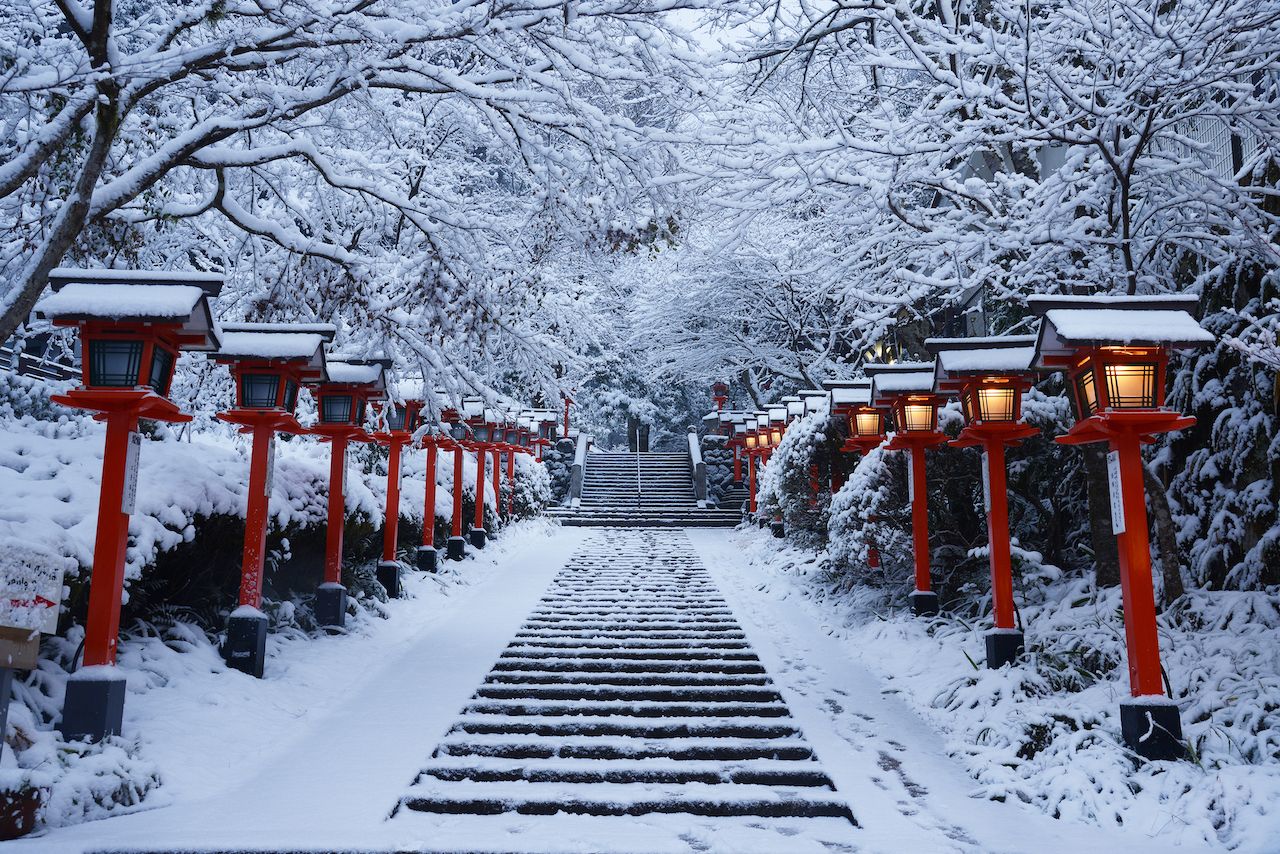 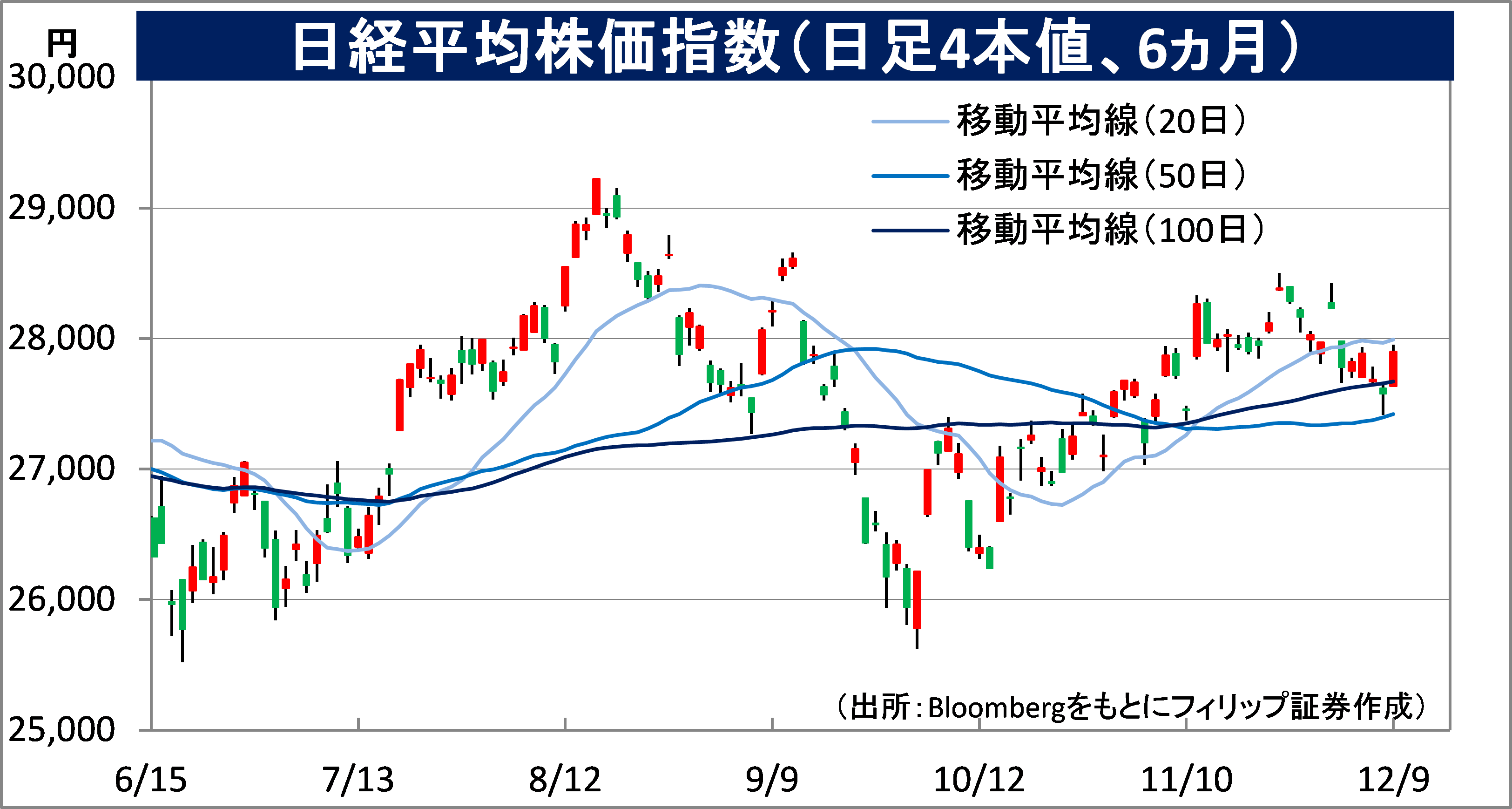 If investment in stocks is said to be “an activity that perceives opportunities from changes in the world”, then the investment in those related to semiconductor manufacturing, which is one of the industries best representing those in the midst of a trend of great change, can be regarded as an opportunity as well.

On 12/11, “Rapidus” was established via investment by 8 companies, such as Toyota Motor (7203) and NTT (9432), with the aim to mass produce cutting-edge semiconductors. It is said that they will create the world’s cutting-edge minute “2 nano (1 billionth) metre” semiconductor by 2025 and are aiming to mass-produce it in ’27 as a manufacturing outsourcing enterprise (foundry).

In response to these movements, with there being a slowdown in the pace of “miniaturisation”, which raises the degree of integration by crafting smaller circuits, there has been growing importance in 3 dimensional (3D) technology which raises performance by stacking multiple chips for the purpose of sustainable performance enhancement in semiconductors. Taiwan Semiconductor Manufacturing Company [TSMC] (TSM), the world’s largest foundry which has been the global leader in miniaturisation technology, is focusing efforts on 3D semiconductor technological development and opened a research and development base in Tsukuba City, Ibaraki Prefecture in June this year. It is carried out in joint cooperation with the electronic components Ibiden (4062), which develops devices and materials required for 3D mounting, and the semiconductor materials JSR (4185) and Tokyo Ohka Kogyo (4186), etc. As a result of the move to 3D mounting, with broadening business opportunities in the “post-process” involving the finishing in semiconductor manufacturing, there is an aim to develop growth markets by Nissan Chemical Industries (4021) in “temporary adhesive materials” which temporarily bond glass substrates during silicon wafer processing, Nagase (8012) and Sumitomo Bakelite (4203) in “sealants” which prevent chips from coming apart, and Showa Denko (4004) in “copper clad laminates” which is a material of printed circuit boards.

On the 6th, TSMC announced that they would make a total investment of 40 billion dollars in Arizona in the U.S., which is a little more than 3 times of its original plan. U.S. President Biden also emphasised the significance of developing a semiconductor supply chain in the U.S., which “could become a game changer concerning the semiconductor industry”. Also, in response to export controls on cutting-edge semiconductors from the U.S., there have been movements to reinforce investment towards in-house semiconductor manufacturing in China as well. The reinforced investment in semiconductors in both the U.S. and China is becoming a double advantage to “global niche” enterprises, such as Lasertec (6920), which accounts for 100% of the global share in the field of mask blank inspection devices which deal with EUV (extra ultraviolet) exposure devices.

Lasertec is said to be a leading example of a “global niche” which possesses high technological capabilities in a niche field, as seen in a comparison of its market capitalisation at 172.3 billion yen in end November 4 years ago and 445.5 billion yen in end November 3 years ago, and it becoming a “hugely successful stock” at approx. 2.4307 trillion yen at the closing price on the 8th. It appears that attention is beginning to gather on high technological capabilities in niche fields in JTEC Corporation (3446) involving physiochemical equipment manufacturing, such as X-ray focusing mirrors for research facilities, and ADTEC Plasma Technology (6668) involving high frequency power source devices for plasma. 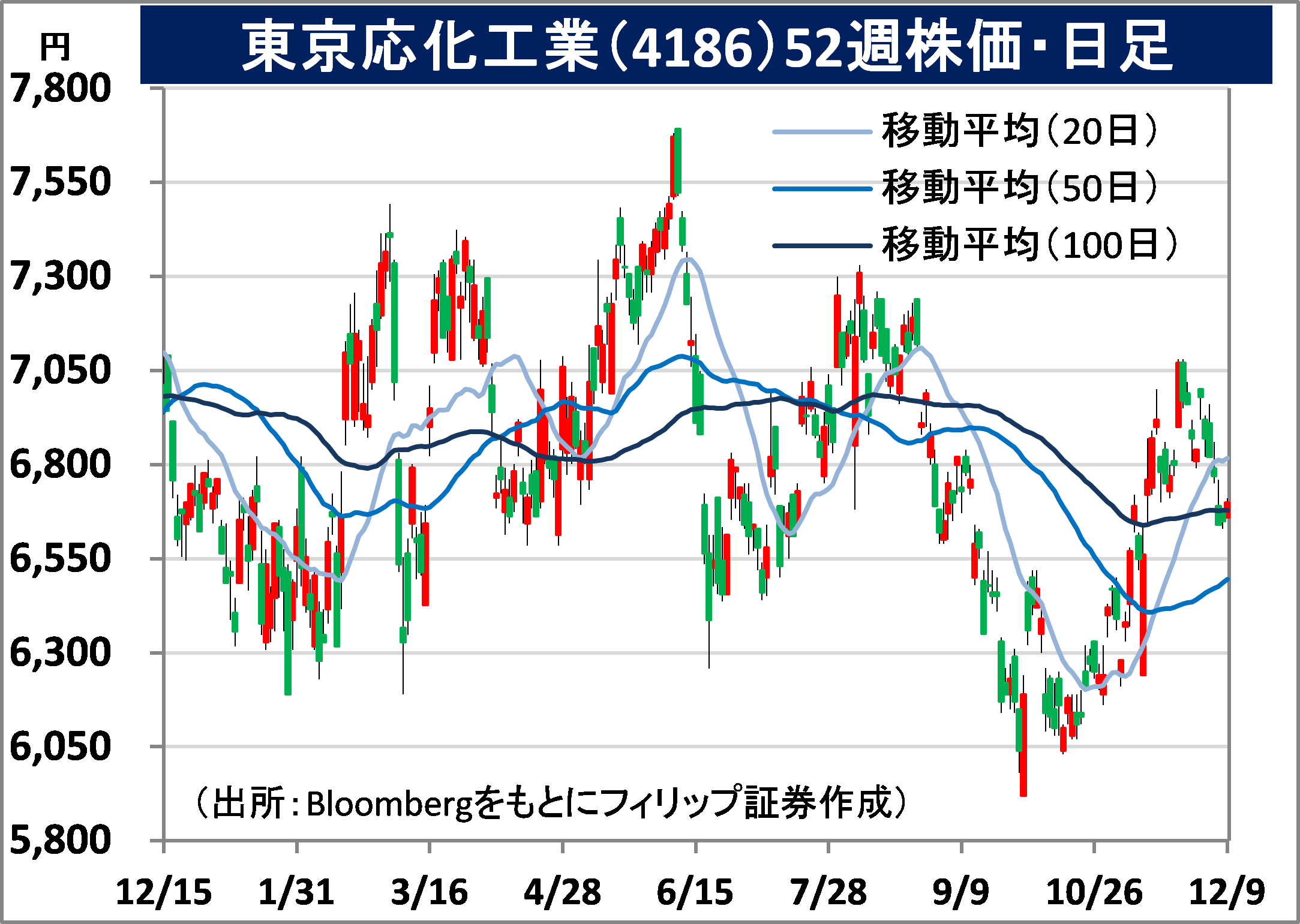 ・For 9M (Jan-Sep) results of FY2022/12 announced on 10/11, net sales increased by 29.8% to 130.463 billion yen compared to the same period the previous year and operating income increased by 50.2% to 22.665 billion yen. For the materials business, which has a sales distribution ratio of approx. 97%, due to the popularization of 5G and IoT, etc. and growth in the data server market driving the semiconductor market as well as the effect of the weak yen in foreign exchange, there was a 38% increase in operating income.

・For its full year plan, net sales is expected to increase by 22.7% to 171.8 billion yen compared to the previous year, operating income to increase by 44.9% to 30 billion yen and annual dividend to have a 2 yen dividend increase to 158 yen. In order to select and focus management resources, it was resolved at a board of directors’ meeting in September to transfer the devices industry with the exception of some to the semiconductor and FPD manufacturing devices AIMECHATEC (6227) and further cooperation. The company is currently utilising miniaturisation technology to joint develop 3D mounting with the world’s largest semiconductor foundry, the Taiwanese TSMC. 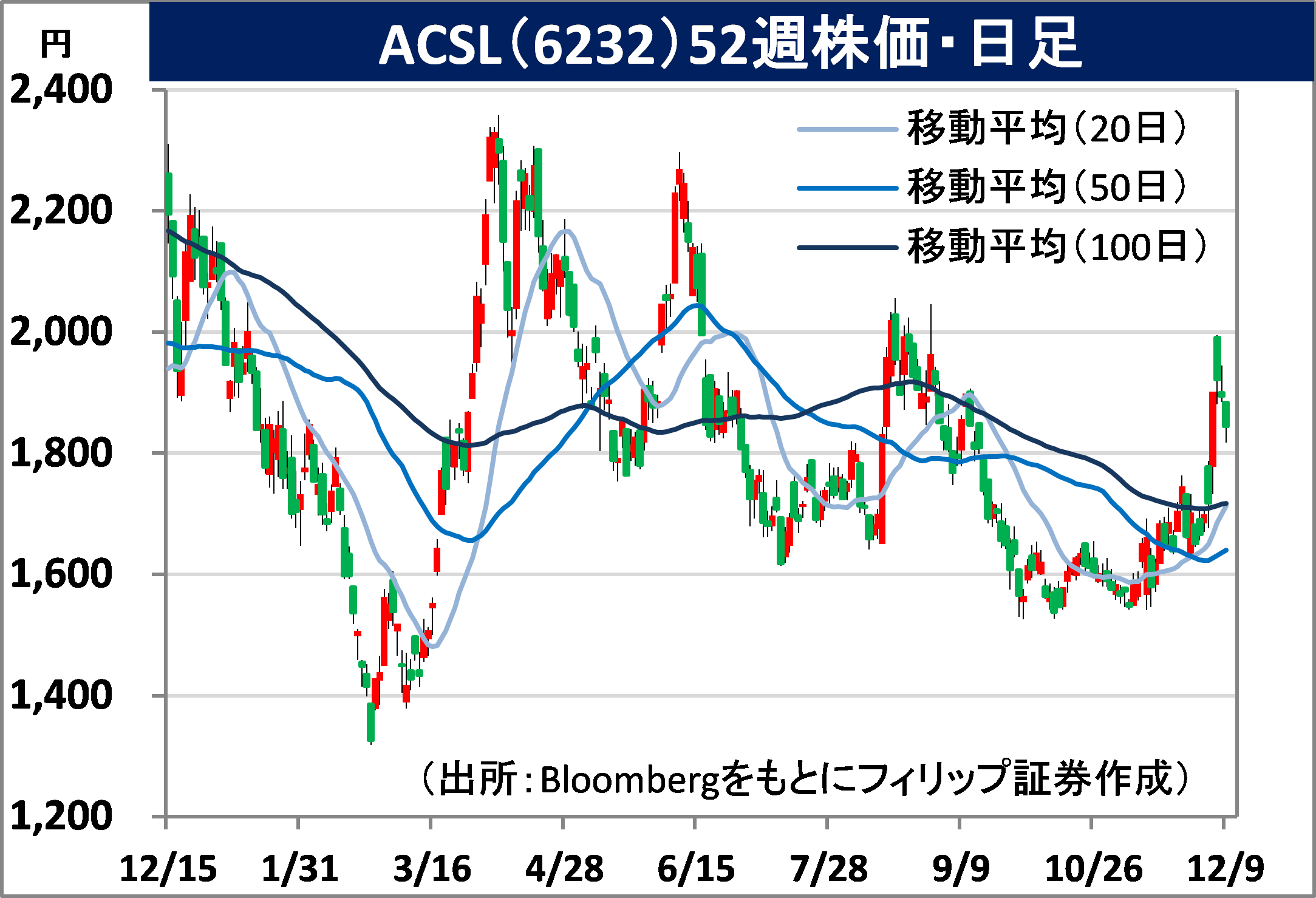 ・Its full year plan was revised downwards. Net sales is expected to be 1.65 billion yen (original plan 2.5 billion yen) and operating income to be (2.2) billion yen (original plan (650 to 350) million yen). Most recently, they forecasted impact from delays in delivery of components and skyrocketing electronic component prices, as well as a semiconductor shortage. On the 5th of this month, the ban was lifted on “level 4 flight”, where drones could be flown in the sky in residential areas, etc. without having to be seen by its pilot. Next spring, it will be used for goods transportation in remote islands, etc., and is expected to begin automatic package transportation in urban areas a few years later.