Japan Weekly Strategy Report-The Reiwa Market Opens with the Risk of the US-China Cold War May 14, 2019 528 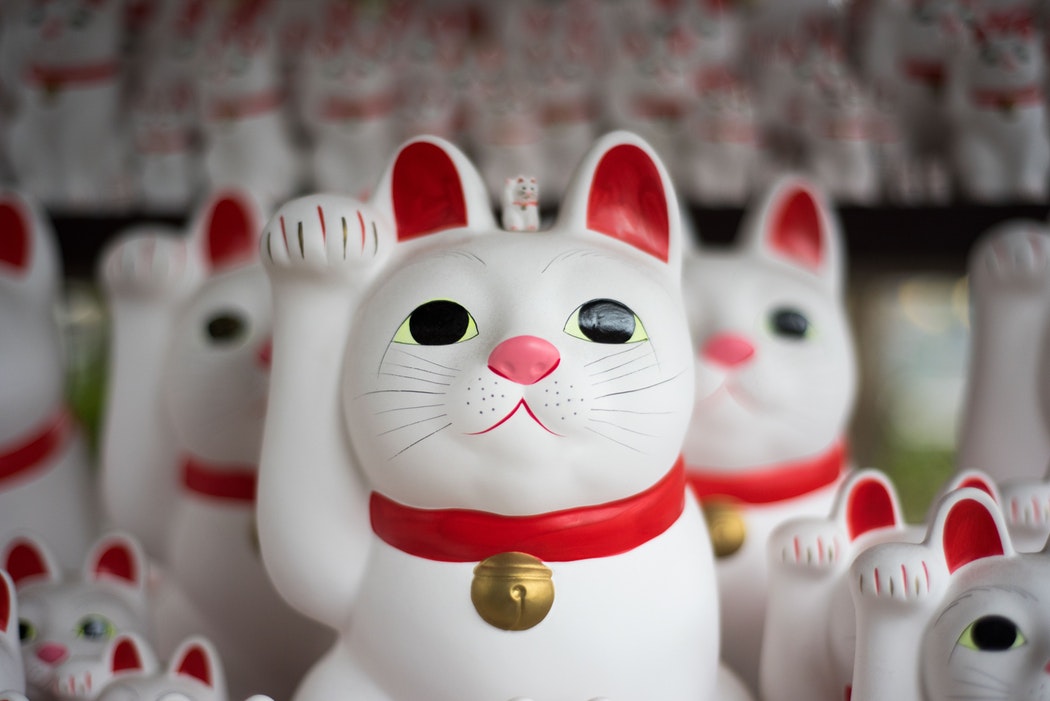 What was waiting for the Japanese stock market beyond the 10-day holiday that brimmed with festive mood of the change in imperial era from Heisei to Reiwa, was President Trump’s twitter statement of a tariff increase on China, which served as a spark for a rough welcome of low stock prices and strong yen. After the Nikkei average fell below 22,000 points on 7/5, the first day after the holidays, on 9/5 it dropped under 21,500 points since 3/4. The dollar-yen market also shifted towards a strong yen (weak dollar) between 110 points from 8/5 onwards.

It is likely that the timing for the US tariff increase on China was carefully laid out by the Trump administration. First of all, the extent of the buying lead in the US stock market, such as the S&P 500 and NASDAQ renewing their highest records, etc., had leeway to allow for a fall in stock prices. Next, preliminary figures of the real GDP for the US’s Jan-Mar 2019 term announced on 26/4, along with the unemployment rate and increase in nonfarm payrolls in the US employement statistics for April announced on 3/5, indicated a strong trend in the US economy. Furthermore, US public opinion polls showed that President Trump’s approval ratings had hit its highest record. Taking these into consideration, even if the tariff increase were to pose a negative impact to its own economy, even more than that, it can be presumed that they prioritised the advantage of maintaining their own country’s economic supremacy while the vitality of the Chinese economy weakened. In this era of the new US-China cold war due to a “paradigm shift”, perhaps it is no longer possible to expect from the US the value of a US-China mutual prosperity (Win-Win) through cooperation.

However, although tariff increases on China were also imposed last year with the 1st round on 6/7, the 2nd round on 23/8 and the 3rd round on 24/9, looking at the Nikkei average, after it marked a low price of 21,574 points on 3/7, it rose to the high price of 24,448 points on 2/10. It would be too hasty to assume the view that future additional tariffs imposed on China would be directly linked to the fall in stock prices. Instead, for the time being, what we should be concerned about is the VIX Index’s (calculation based on the volatility of option transactions for the US S&P 500 index) selling on balance of futures which has hit a record high of more than 18,000 stocks as of 30/4, which has led to movements of a short-term reduction in positions from a “risk parity strategy” that will likely influence Japanese stocks.

For the investment of Japanese stocks in the era of the new US-China cold war, it will be increasingly important to choose a strategy between targeting mid and long-term domestic demand stocks that avoid “global economic risk” focusing on China, and back the government budget and system, or to aim for the rebound towards the buying of over-selling stocks which bear global economic risk. ・Established in 1968 as a comprehensive supplier for laboratory tests. In addition to the fields of haematology (blood cell count test), immunological tests, coagulation tests, etc., company also carries out the research development to the manufacture, retail and service & support as a whole for equipment, reagents and software in the fields of life sciences, etc. Holds the global top shares in the field of haematology.

・For FY2019/3 results announced on 8/5, net sales increased by 4.1% to 293.506 billion yen compared to the previous period, operating income increased by 3.7% to 61.282 billion yen, and net income increased by 5.1% to 41.224 billion yen. Reagants for the blood cell count test, blood coagulation test, immunological tests, and life sciences, etc. overseas, have grown. Company has also overcome the termination of the joint venture with bioMérieux to lead to an increase in profit. 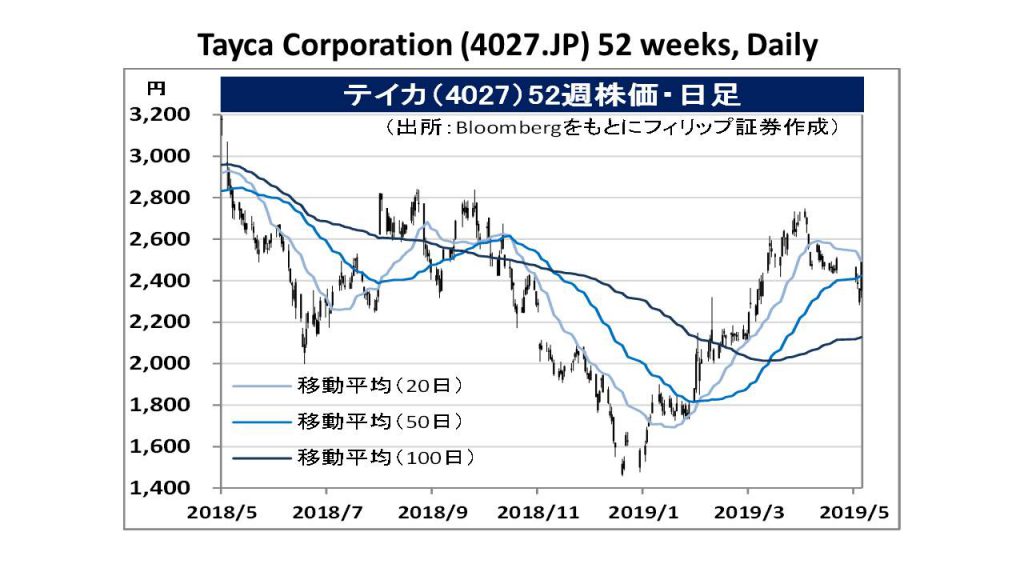 ・Founded in 1919 as an imperial artificial fertiliser which had sulphuric acid and superphosphate fertilisers as their main products. Carries out the manufacture and retail of chemical industry chemicals such as titanium oxide, surfactants, sulphuric acid, particulates of titanium oxide, surface treatment products and pollution-free anticorrosive pigments, etc.  In recent years, they have been focusing their efforts on new fields, such as particulate titanium oxide for cosmetics and piezoelectric ceramics for ultrasonic echos, etc.

・For FY2019/3 results announced on 9/5, net sales increased by 11.4% to 47.385 billion yen compared to the previous period, operating income decreased by 4.0% to 5.803 billion yen, and net income increased by 10.6% to 4.007 billion yen. Although sales of functional-use titanium oxide particulates and surface treatment products have performed strongly, rising manufacturing costs have been a burden. Extraordinary loss due to impairment has been recovered.