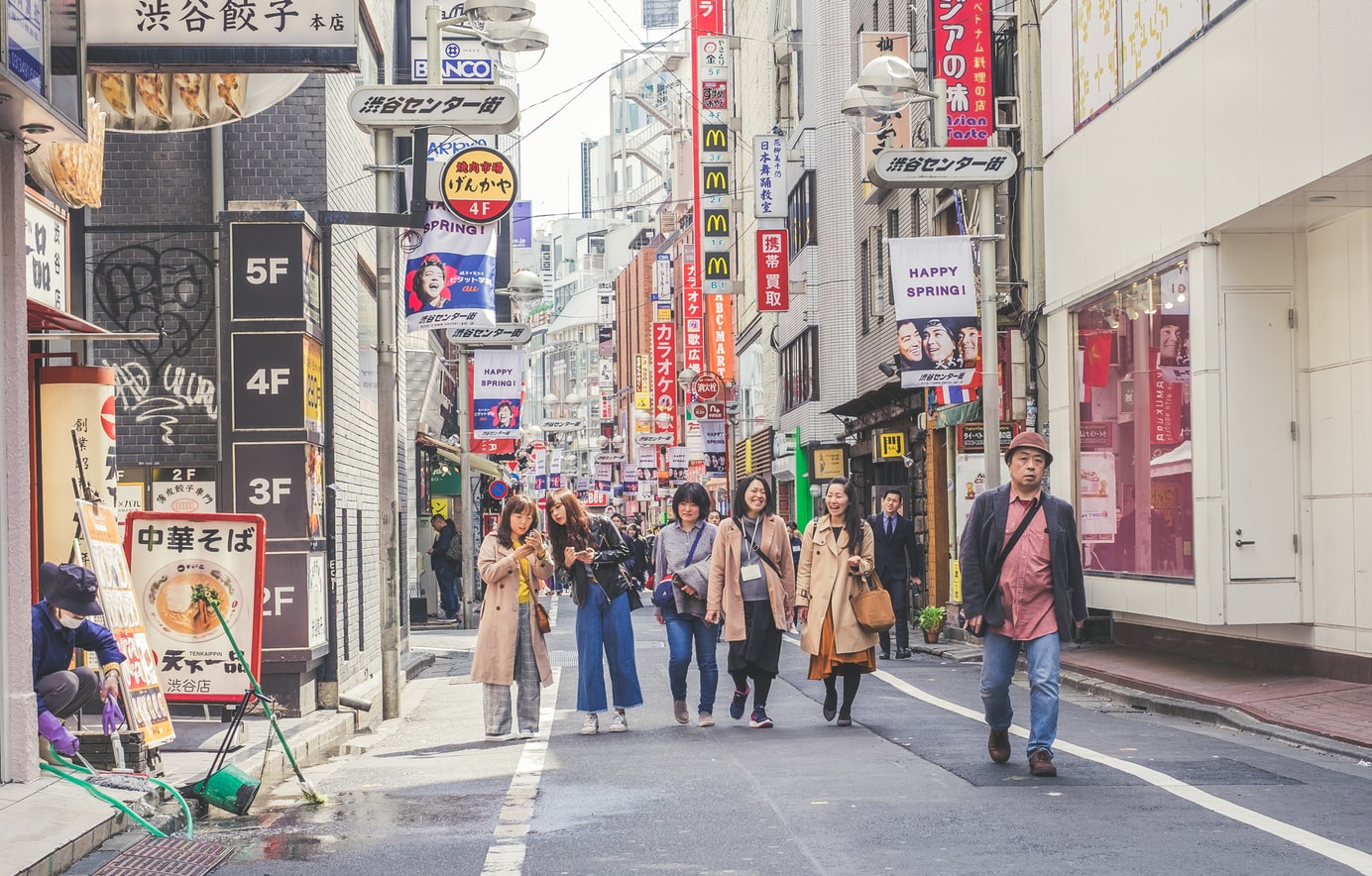 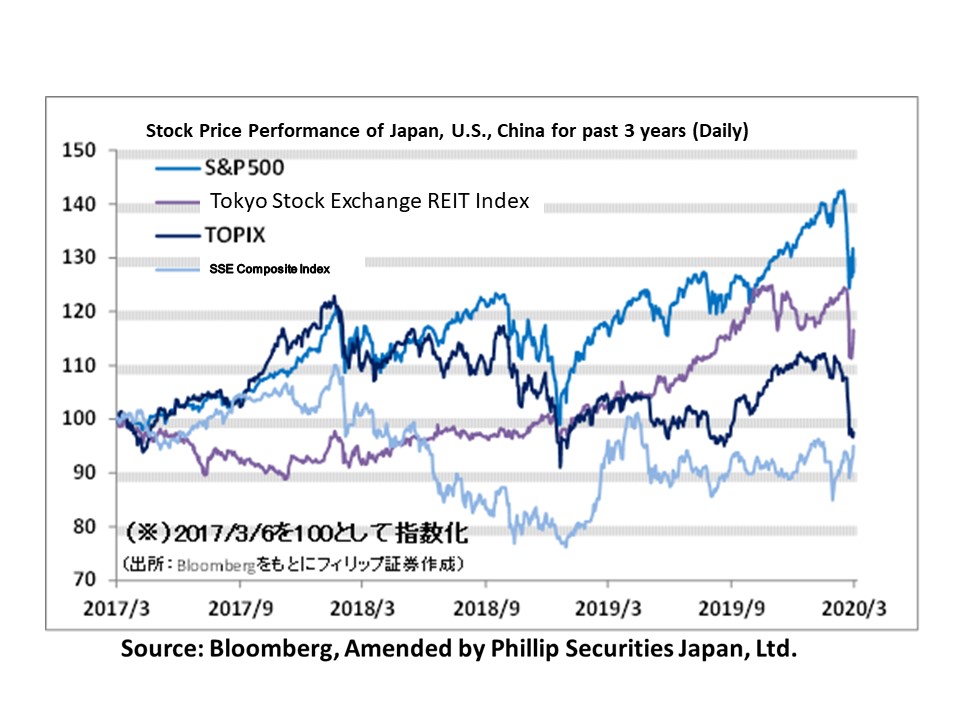 In China, the number of persons infected with COVID-19 have appeared to stabilise at around 80,000 and the pace of increase in the number of the recovered have begun to rise. The SSE Composite Index increased from the low of 2,878 points on 28/2 to the high of 3,074 points on 5/3. On the other hand, in the Japanese stock market, with the Nikkei average falling to the 20,600 point level on 6/3, etc., it appears that there are diminishing expectations for an end to the short-term infection spread. Although movements where observed towards a prevention in infection spread, such as the temporary closure of public elementary, middle and high schools from 2/3 in accordance with the government’s request, from 6/3, the test (PCR test) which checks for the presence of COVID-19 infection has been made available without having to go through public health centres if the doctor suspects an infection and deems it necessary, and has been made applicable for public health insurance coverage. There is a possibility that there will be a rise in the number of people counted as infected due to the test gaining popularity. In addition, procedures to revise the Act on Special Measures for influenza, etc. and to prepare for the spread of infection are under way in the Diet, and there may be apprehension regarding impact on the lives of the people and a worsening of the Japanese economy due to a “declaration of a state of emergency”.

The Nikkei average’s weighted average P/B ratio (price-to-book ratio) having accounted for market capitalisation and equity capital was 1.02 times at the closing price on 5/3 (21,329 points) and the approximate value of the weighted average BVPS (book value per share) was 20,910 points. Despite the Nikkei average’s weighted average P/B ratio shifting to generally above 1.0 times from end 2012 onwards under the Liberal Democratic Party / Abe administration, it fell to 0.81 times in Mar 2009, right after the Lehman Shock that preceded it. Based on the approximate value of the weighted average BVPS at the closing price on 5/3, if comes under the 0.81 times, the Nikkei average will be 16,937 points. However, unlike that time, at present, there has been increasing monetary easing by central banks and a decreasing risk of a financial crisis occurring. Also, with the supply of liquidity to the short-term monetary market by central banks, it is unlikely that there will be a string of corporate bankruptcies due to financing difficulties such as in the period of the Lehman Shock.

Judging from the average year, although there tends to be increased buying aiming at dividend rights at the end of the accounting period in March, with predications that the COVID-19 impact will come into full effect in the future, there will likely be concerns of a risk in dividend cuts. Although it is easy to assume that susceptible targets would be industries / stocks with low risk of dividend cuts following worries on their business performance, in this case, there could also be a possibility that the stability of business performance of J-REITs or listed infrastructure funds will exceed the stocks. It is likely that the TSE REIT Index will increase in importance in the future. However, even in the case of investment in J-REITs and listed infrastructure funds aiming at dividend yield, since there is also a possibility that the risk in dividend cuts or variability in investment equity price will be greater than the stocks depending on the stocks or assets being managed, there is a need to tread carefully. 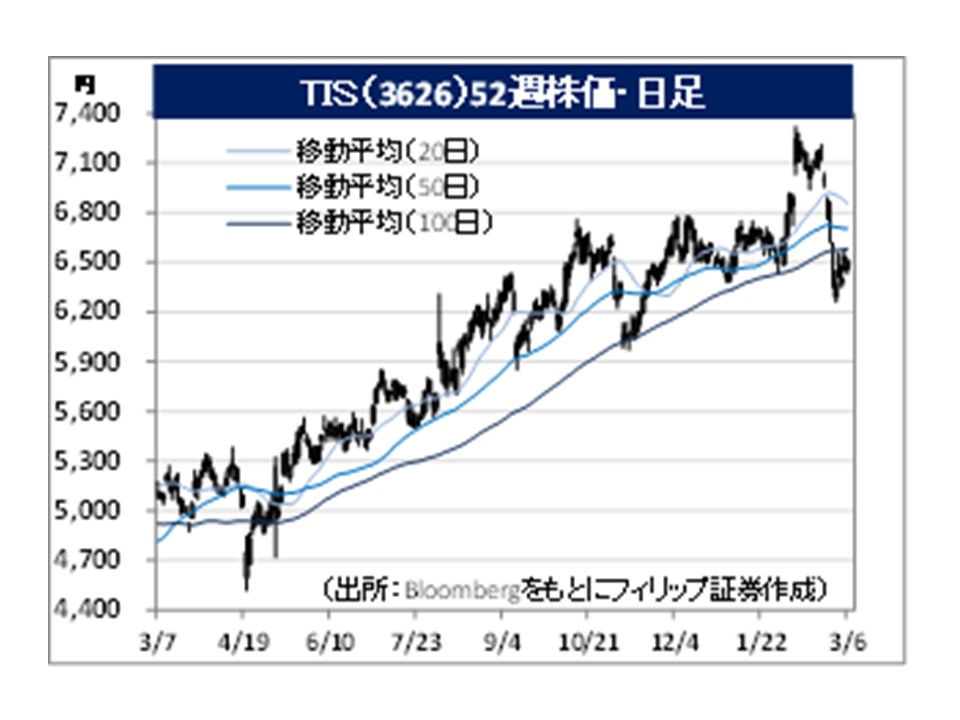 ・Founded in 1971 as Toyo Information Systems. Established following a merger with Intec Holdings in 2008. Carries out outsourcing work / cloud services involving informatised investment, software development and the provision of solutions.

・For 3Q (Apr-Dec) results of FY2020/3 announced on 6/2, net sales increased by 5.3% to 319.009 billion yen compared to the same period the previous year and operating income increased by 20.3% to 30.103 billion yen. In addition to the financial IT business which targets the financial industry performing strongly as a result of movements of IT investment expansion in the same industry, the industrial IT business, which has the energy-related and manufacturing industry-related as their core clients, also saw an increase in income and profit.

・For its full year plan, net sales is expected to increase by 3.6% to 436 billion yen compared to the previous year and operating income to increase by 10.4% to 42 billion yen. Following the move towards cashless payments, the company is focusing their efforts in business expansion of service-based businesses in the payments area, which is predicted to have IT investment. Company is supporting the construction of Toyota Group’s smartphone payment app, “TOYOTA Wallet”. In addition, attention is likely to be on growth area investment, such as the capital and business partnership with the major ride hailing service from Singapore, Grab, on 25/2 in the ASEAN region. 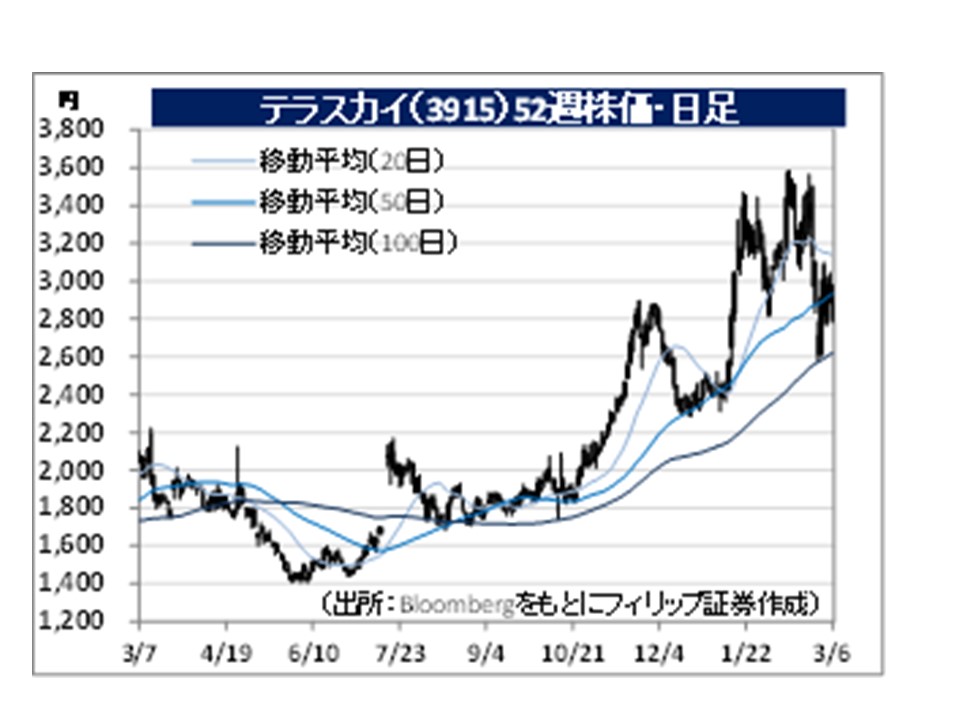 ・Established in 2006. Is comprised of the solutions business in cloud systems Salesforce and AWS (Amazon Web Service), and the products business which offers domestic and overseas cloud services as an SaaS vendor.

・For 3Q (Mar-Nov) results of FY2020/2 announced on 14/1, net sales increased by 44.1% to 6.745 billion yen compared to the same period the previous year and operating income returned to profit from (7) million yen the same period the previous year to 558 million yen. In their solutions business, there are over 4,000 cloud service installations such as Salesforce, etc. In their products business, there has been an increase in the number of contracts for the groupware, mitoco.

・For its full year plan, net sales is expected to increase by 36.6% to 8.96 billion yen compared to the previous year and operating income to increase by 4.0 times to 498 million yen. Due to influence from the spread of COVID-19 infection, there has been an increase in companies adopting remote work such as working from home. The groupware mitoco has achieved high functionality that grasps real-time information by utilising IoT technology. An increase in demand is predicted in terms of it being a communication platform that enables the same work efficiency as when commuting to work.