Japan-Weekly Strategy Report The Japanese Economy Picks up Towards the Olympics February 3, 2020 243 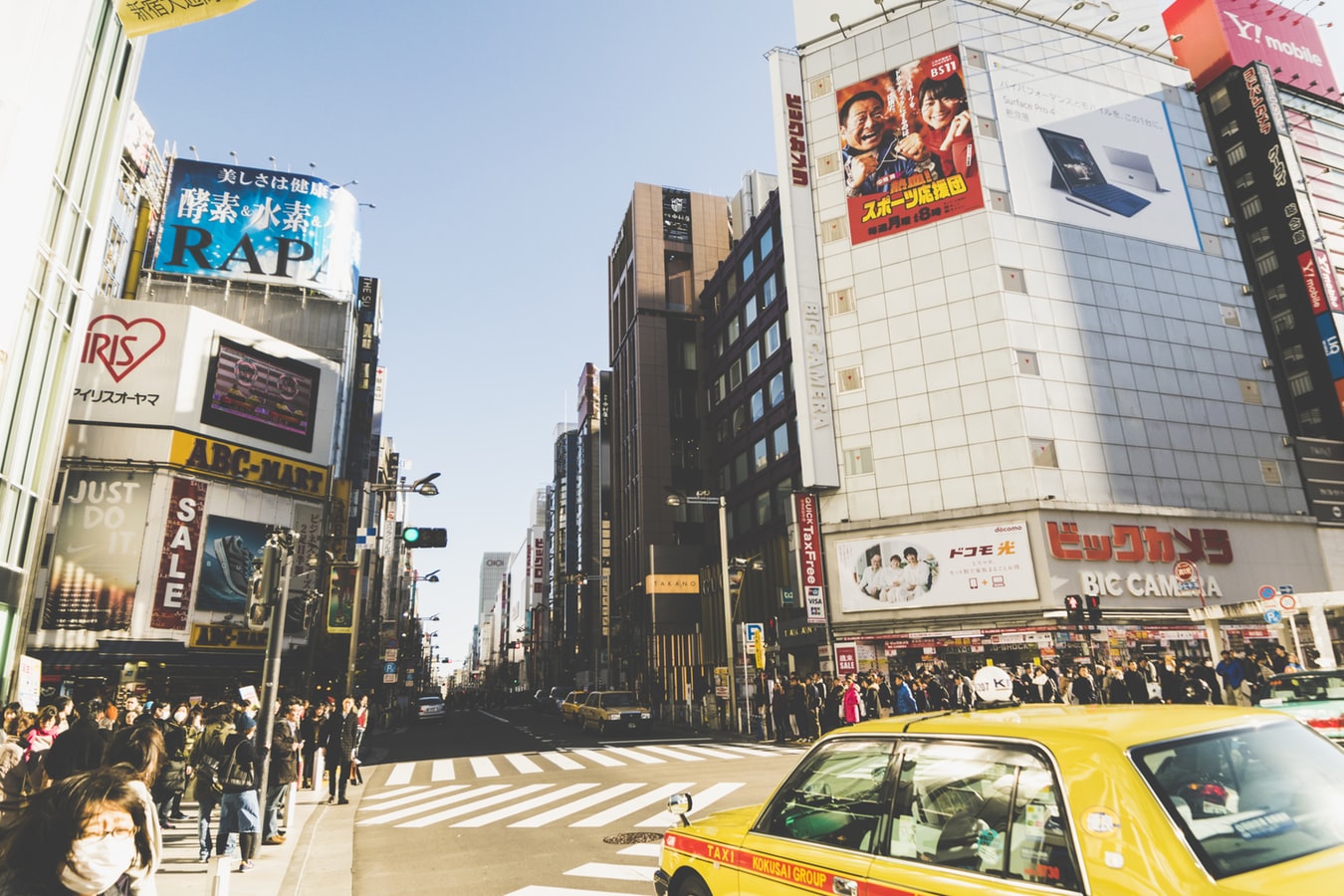 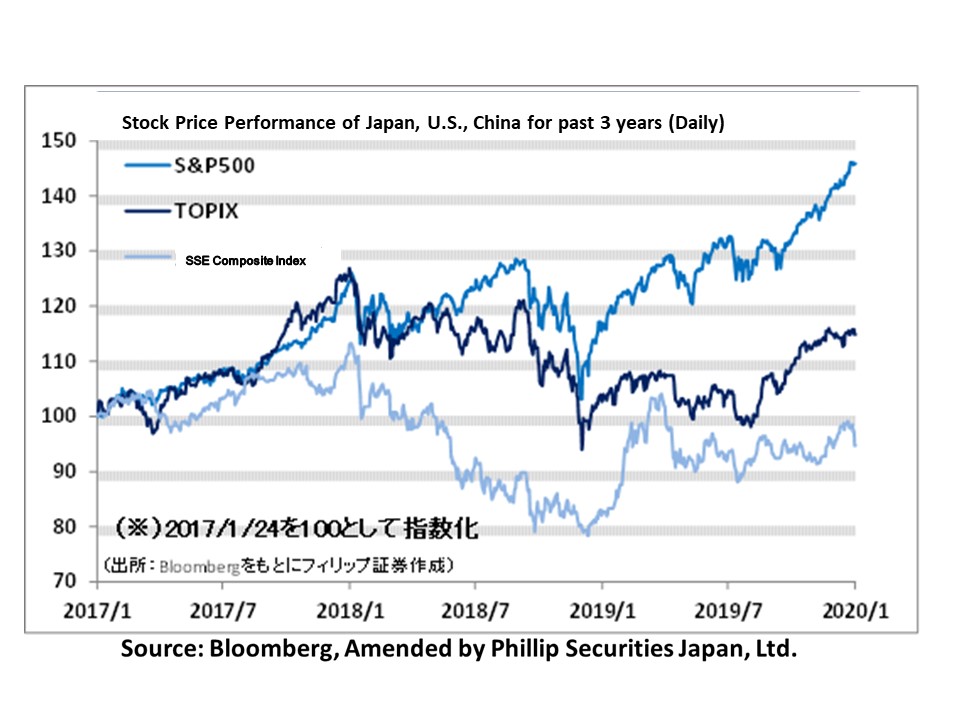 The Japanese Economy Picks up Towards the Olympics

For the Japanese stock market in the week of 20/1, the Nikkei average exceeded 24,000 points on 20/1 as a result of the strong Chinese economy from last weekend’s announcement of China’s GDP for Oct-Dec, industrial production and retail sales for Dec, as well as the steady increase in housing starts for Dec in the U.S. However, discouraged by the trend in the spread of pneumonia from the new strain of coronavirus that occurred in Wuhan prior to the Chinese New Year, from 21/1 onwards, the Nikkei average fell     back to around 24,000 points and its high price was prevented from a further increase.

Additionally, it was announced that last trains in the Tokyo metropolitan area would be extended up to about 2 hours during the Olympic Games period. Also, in Osaka with its upcoming Osaka / Kansai Expo in 2025, practical tests involving  extended operation hours for the Midosuji line are scheduled. In terms of stocks related to the Olympics, there tends to be a perspective involving the reinforcement of security and baggage checks as a precaution against terrorism, cybersecurity as a precaution against cyberterrorism, as well as strengthening quarantine procedures at airports to curb infections at the border, however, it is said that many foreign tourists visiting Japan frown upon the early closing times of recreational facilities, etc. in Japan and the lack of acceptance of cashless payments. It is likely that attention will be on the expansion of the night-time economy and the popularisation of cashless payments in the future as well, since these would directly tie in with a consumption increase by foreign tourists visiting Japan. 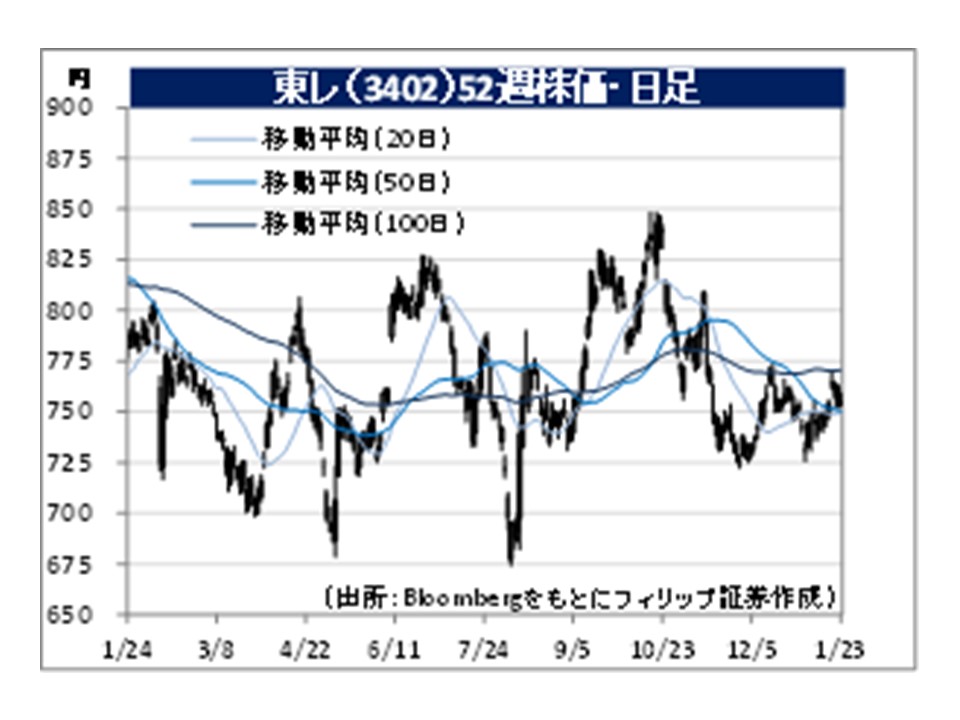 ・Established in 1926 as a manufacturer of basic materials. Engages in businesses such as fibres and functional products, carbon fibre composite materials, environment & engineering and life sciences, etc. Boasts the world’s top polyester film and carbon fibre for aircrafts.

・For 1H (Apr-Sep) results of FY2020/3 announced on 7/11, net sales decreased by 5.8% to 1.1223 billion yen compared to the same period the previous year and operating income decreased by 7.8% to 71.648 billion yen. This was due to the 10.3% decrease in net sales in the fibres business and the 8.6% decrease in net sales of the functional products business as a result of a market slump from the slowdown in the Chinese economy and the U.S. China trade friction dragging out.

・For its full year plan, net sales is expected to decrease by 2.5% to 2.33 trillion yen compared to the previous year and operating income to increase by 2.5% to 145 billion yen. Due to the absence of a large-scale M&A, net cash flow is predicted to return to profitability. In addition, it was reported that they had developed technology that would enable production of the IC tag, a key component in IoT and which is used for product inventory management, etc., at less than 2 yen per piece, which is about one-fifth of the original cost. We can expect the improvement in their financial situation to support business expansion in growth areas. 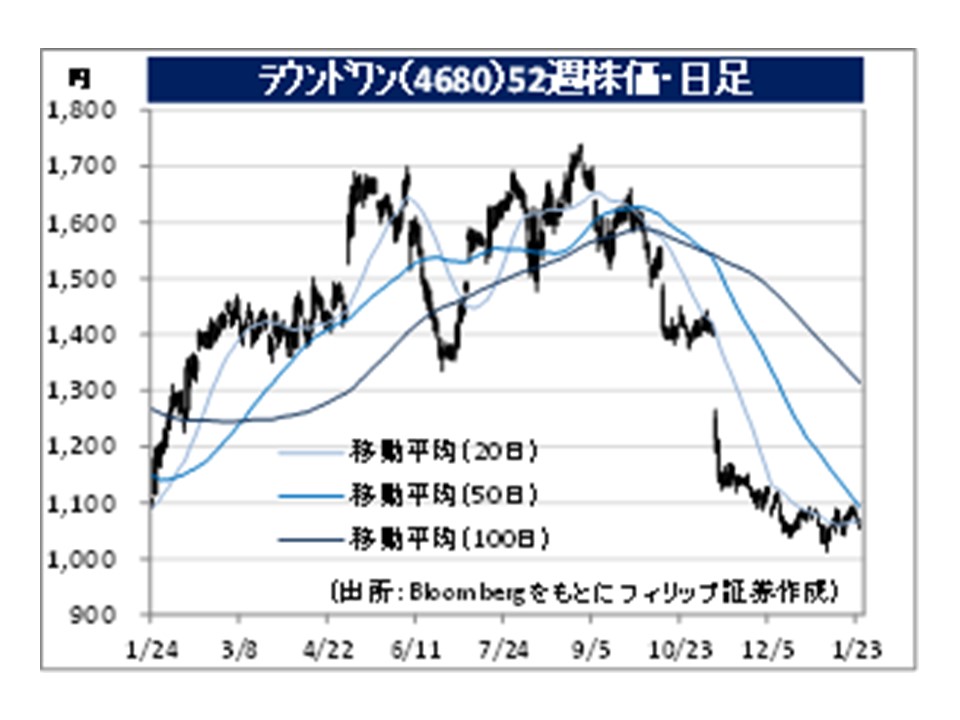 ・For 1H (Apr-Sep) results of FY2020/3 announced on 8/11, net sales increased by 8.8% to 53.188 billion yen compared to the same period the previous year and operating income increased by 24.7% to 5.813 billion yen. In Japan, they are reinforcing the real-time live communication function which connects all Round One facilities across the country, and in the U.S., in addition to opening new facilities and extending operating hours on the weekend, they are implementing measures to raise awareness. The increase in both income and profit have contributed.

・For its full year plan, net sales is expected to increase by 6.2% to 107.64 billion yen compared to the previous year and operating income to increase by 3.2% to 11.81 billion yen. On 22/1, it was announced that the Tokyo 2020 Organisational Committee’s policy would be to implement extra trains for the last train timings and in the late hours of the night in Sapporo, Sendai and Ibaraki in addition to the Tokyo metropolitan area. Since many foreign tourists visiting Japan are unhappy about the lack of late-night entertainment available in Japan, there will likely be increased expectations on the company’s integrated entertainment facilities.