Japan-Weekly Strategy Report “ The Context for Exceeding 28,000 Points and Expectations of a Revaluation of the P/E and P/B Ratio Levels ” August 10, 2022 151 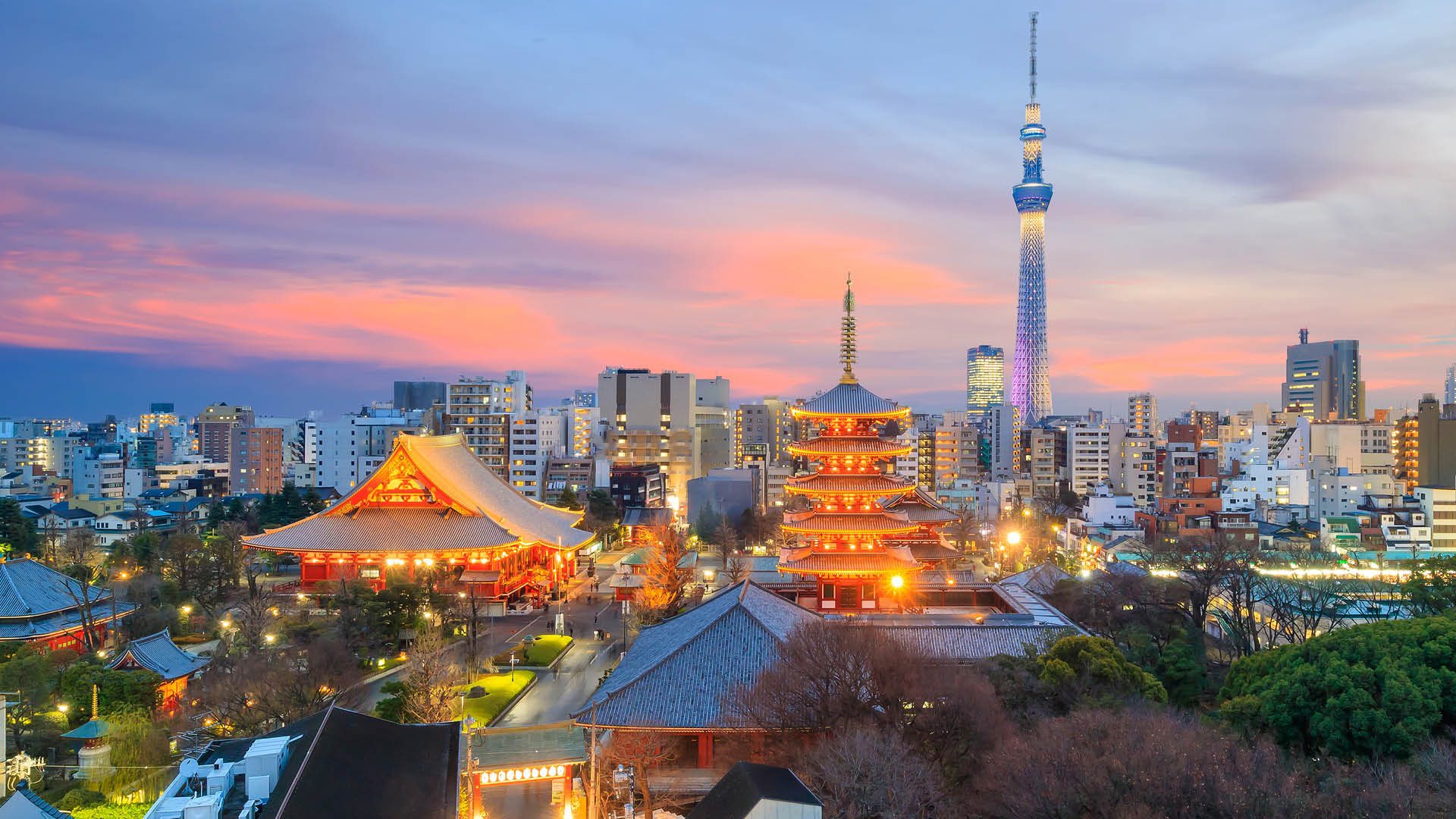 “The Context for Exceeding 28,000 Points and Expectations of a Revaluation of the P/E and P/B Ratio Levels”

The Nikkei average finally exceeded the big mark of 28,000 points on the 5th. While resisting successive stresses and unfavourable conditions in the external environment, such as the sudden occurrence of geopolitical risks, such as the firing of warning anti-ballistic missiles and the large-scale military exercise by China after Pelosi, the Speaker of the U.S. House of Representatives, visited Taiwan, as well as the appreciation of the yen against the dollar until the 130 yen mark, we can infer that short positions had accumulated while it repeatedly fought on whether to hit the big mark on the 22nd, 28th and 29th of last month and on the 1st and 4th of this month. Once it surpasses the big mark, the increase in the Nikkei average by about 100-200 points at once from the big mark due to the involvement of forward buying for the purpose of delta hedging on price fluctuation risks involving short positions of call options as well as cutting losses by the sellers are likely familiar movements involving a big mark.

It is not only these supply and demand factors, but it is likely that the factor of fundamentals based on corporate performance is also important for having surpassed the big mark on the 5th. With the announcement of the FY2022 Apr-Jun period financial results underway, on the basis of the closing price on the 4th, the Nikkei average’s forecasted P/E ratio (price-earnings ratio) based on a weighted average that has considered differences, such as market capitalisation, etc., became 12.78 times and its weighted average P/B ratio (price-to-book ratio) became 1.15 times. Although this is not to the extent of the same forecasted P/E ratio of 11.97 times and P/B ratio of 1.10 times on 9/3 which marked the low since the start of the year, we can likely say that it is of a sufficiently undervalued level. Excluding the impact of abnormal movements during the initial response to the spread of COVID-19 in March 2020, in the past 10 years, the same forecasted P/E ratio generally shifted within the level of 12-24 times and the P/B ratio in the level of 0.9-1.5 times. Based on a comparatively shorter timeframe from mid-May last year onwards, the same forecasted P/E ratio has been shifting within the level of 12 to 14 times.

Also, the trend of the increase in the negative range of inflation-linked bonds or the real interest rate which has deducted the expected inflation rate from the nominal interest rate due to the continuation of the Bank of Japan’s quantitative monetary easing should theoretically be a factor that supports a revaluation of the forecasted P/E and P/B ratio. Perhaps there is room to reconsider the many Japanese stocks that are being neglected at present which are predicted to have a reinforced return to shareholders, improved performance and have a P/B ratio of under 1.0 as investment targets where one can expect a mid-term increase and being undervalued.

The increase in the negative range of the real interest rate tends to work in favour of growth stocks as opposed to value stocks. In the Tokyo Stock Exchange growth market, there are stocks that have exceeded a market capitalisation of 100 billion yen, such as Visional (4194), Freee K.K. (4478), ANYCOLOR (5032) and JTOWER (4485), etc., which are also gaining attention for their transition to the prime market in the future. ANYCOLOR is likely appealing in terms of future growth potential from its good compatibility between V-Tubers and the metaverse (online virtual space). Also, as indicated from the good financial results of the communications measurement equipment Anritsu (6754),  there is a need to focus attention on JTOWER as it is being watched for the recent increase in demand for faster network speed and 5G communications development. ・Became a holding company in 2002. Holding ratio related to the U.S. McDonald’s headquarters is approx. 35%. Expands directly managed stores and stores via the franchise method which accounts for approx. 70%. The U.S. McDonald’s pays royalties for licenses.

・For 1Q (Jan-Mar) results of FY2022/12 announced on 12/5, net sales increased by 11.1% to 84.289 billion yen compared to the same period the previous year and operating income increased by 4.5% to 9.643 billion yen. Despite retail restrictions following delays in potato imports from North America and the same number of 10 stores in both new store openings and store closures, digital strategy, such as mobile ordering, delivery and drive-thrus have been successful.

・For its full year plan, net sales is expected to increase by 4.8% to 333 billion yen, operating income to increase by 1.4% to 35 billion yen and annual dividend to remain unchanged at 39 yen. Same-store sales for July announced on 4/8 increased by 8.1% year-over-year. Although the number of customers increased by only 2.3%, customer transaction increased by 5.6%. Digital policy for delivery, takeaway and drive-thru and their strategy to reinforce the dinnertime period are progressing smoothly. There is a slight delay in stock price compared to the U.S. McDonald’s (MCD). 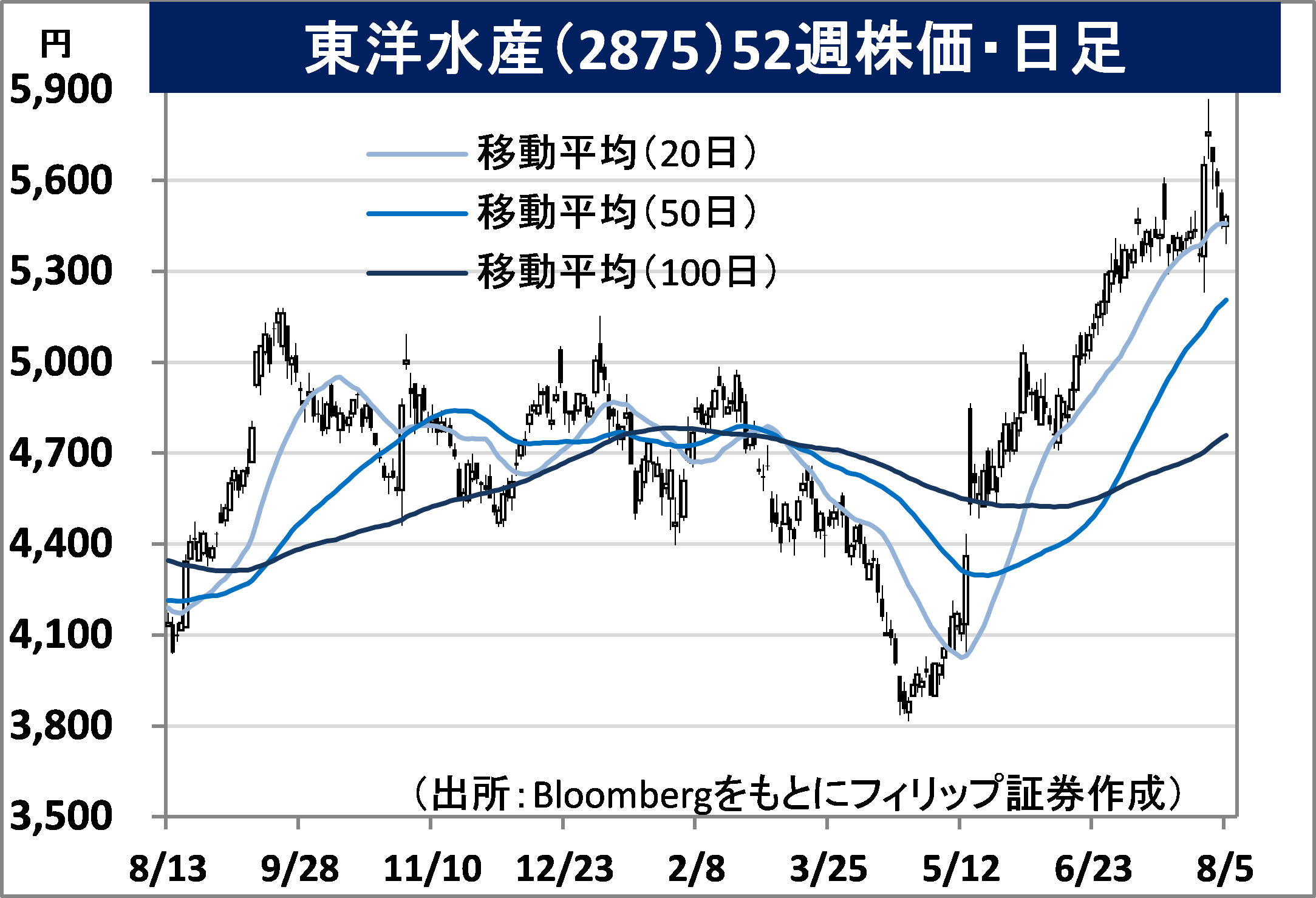 ・For 1Q (Apr-Jun) results of FY2023/3 announced on 29/7, net sales increased by 23.3% to 103.127 billion yen compared to the same period the previous year and operating income increased by 27.7% to 10.727 billion yen. For their overseas instant noodles business which accounts for a sales distribution ratio of approx. 40%, their packet noodles “Ramen” and cup noodles “Instant Lunch” and “Yakisoba”, etc. have performed favourably in the U.S. and has performed strongly with an increase in revenue by 72%.

・For its full year plan, net sales is expected to increase by 12.0% to 405 billion yen compared to the previous year, operating income to increase by 22.7% to 36.5 billion yen and annual dividend to remain unchanged at 90 yen. Presumed exchange rate to USD is 122 yen. With the company assuming subjects of concern in their business performance forecast to be a continuance of a low-cost-oriented mindset and an awareness to safeguard lifestyles by consumers in the F&B industry, the tightening of consumers’ purse strings due to an intensification of inflation in Mexico and the U.S. is becoming an advantage to their overseas instant noodles business.