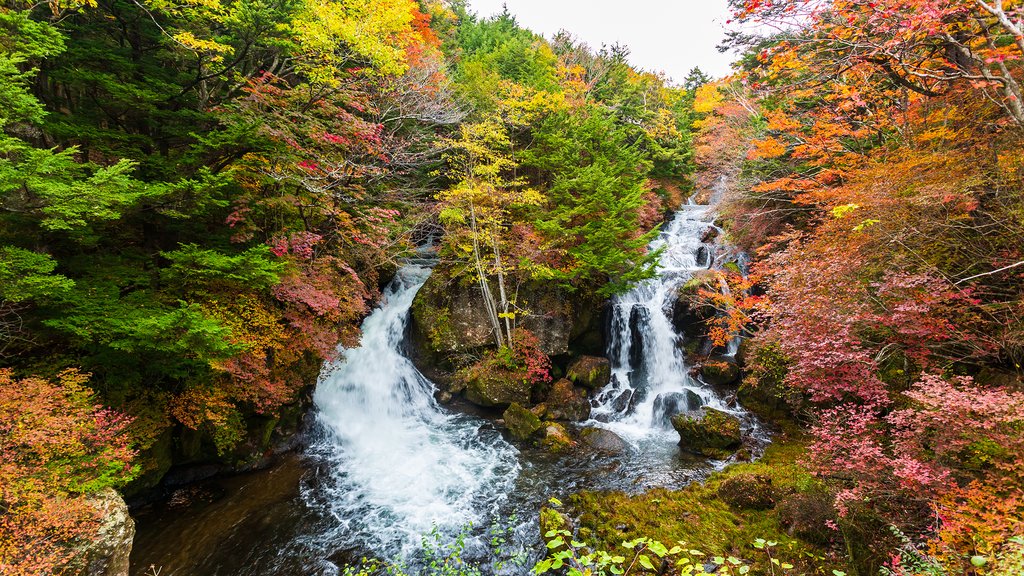 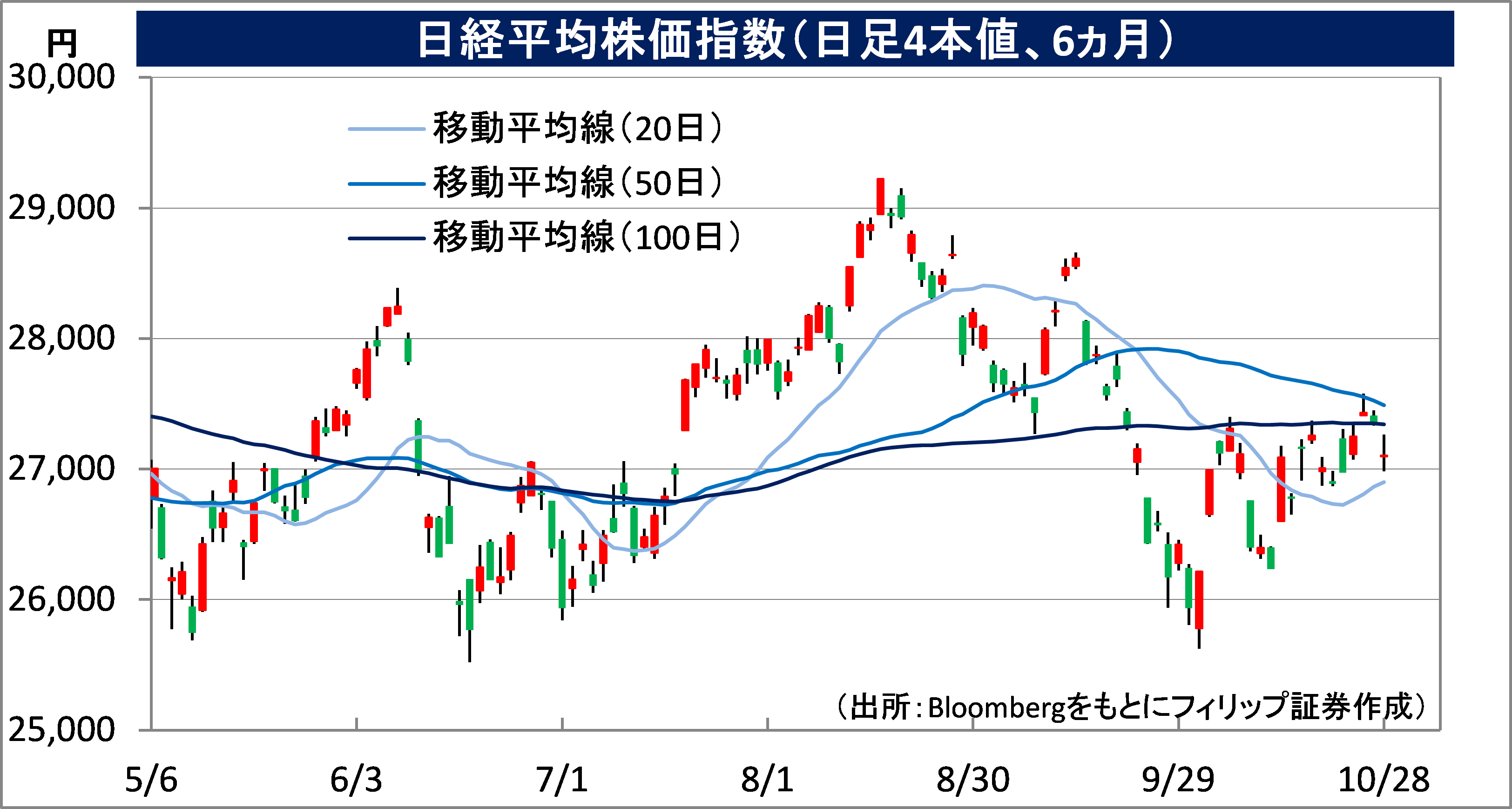 In the extraordinary Cabinet meeting on the afternoon of the 28th, the Japanese government decided on a comprehensive economic stimulus package to cope with inflation, etc. The total amount of government spending, which includes local expenditure and the fiscal investment and loan program, will be approx. 39 trillion yen and the scale of the project when combined with private investment will increase to about 71.6 trillion yen. The comprehensive economic stimulus package is comprised of the following 4 pillars.

The 1st pillar is “speeding up wage raises and coping with inflation”. Policies have been incorporated to reduce the burden in the sharp rise in prices, such as in electricity, gas and gasoline prices, etc., which will amount to a total of about 45,000 yen per household for average families from Jan-Sep next year. In speeding up wage raises, there is also mention on correcting the gender wage gap, observance to equal pay for equal work and a strict enforcement of the Subcontract Proceeds Act and the Antimonopoly Act in an aim to establish business practices where price negotiation and transfers are regularly conducted, as well as reinforcing incentives for wage raises via subsidies for small and medium-sized enterprises.

The 2nd pillar is “strengthening and recovering regional ‘earning ability’ by making use of the weak yen”. In addition to using the drastic easing of border control measures as an opportunity to recover inbound tourism demand where 5 trillion yen was lost due to the COVID-19 pandemic, it mentions domestic recovery of enterprises and factory locations following a reconstruction of the strategic goods supply chain, such as semiconductors and storage batteries, as well as expanding the export of agricultural, forestry, fishery and food products and expanding export in small and medium-sized enterprises.

The 3rd pillar is “accelerating the ‘New Form of Capitalism’”. In order to work towards a structural increase in wages by promoting investment in growth sectors and ‘reskilling (acquiring necessary skills to adapt to new work)’ via cooperation between the public and private sectors, the support package for “the investment in people” is said to be 1 trillion yen over 5 years. In addition to wage raises, a scheme is being planned which will pay out an equivalent of a total of 100,000 yen under the “asset income doubling plan”, which anticipates an expansion of the “NISA savings” in order to move towards investment in cash and deposits as well under personal financial assets, etc., and a new scheme that supports pregnant women under a maternity reserve fund which anticipates the use of child-raising support services and the purchase of nursery items when submitting birth registrations and pregnancy notifications.

The 4th pillar is “securing the safety and security of its citizens”. In addition to working towards reinforcing the infection response, such as the practical application and development of treatments and reinforcing the medical provision system, apart from initiatives based on the present “5-year acceleration measures for national resilience and disaster prevention and reduction”, it is said that considerations are underway for the next basic plan in order to proceed with further initiatives.

The Israeli Mobileye, which handles image processing semiconduction and software for driving support, was listed on the U.S. NASDAQ market on the 26th. They are garnering global attention as a prime candidate for stocks related to autonomous driving. At the same time, it was reported in Japan as well that the enforcement of the Revised Road Traffic Act is scheduled for 1st April next year which will incorporate an operation permit system for “level 4” autonomous driving, where driving will be fully automated under prescribed conditions by the National Police Agency. Development in cutting-edge technologies involving automated driving is anticipated.

・For 1Q (Apr-Jun) results of FY2023/3 announced on 9/8, net sales increased by 2.8% to 23.865 billion yen compared to the same period the previous year and operating income decreased by 18.8% to 1.639 billion yen. Despite the high level of government investment in countermeasures for infrastructure deterioration and national resilience, orders received decreased by 1.7% due to a reactionary decrease from orders received for large-scale works in the same period the previous year in slope and slope face countermeasure works. There was a decrease in operating income due to the impact of a profit decline.

・For its full year plan, net sales is expected to increase by 2.3% to 112 billion yen compared to the previous year, operating income to decrease by 1.0% to 13.1 billion yen and annual dividend to have a 5 yen dividend increase to 59 yen. On the 27th, the Japanese government and ruling party consolidated all details of a comprehensive economic stimulus package amounting to a scale of 39 trillion yen in government spending. Out of its 4 pillars, “securing the safety and security of its citizens” was listed in the 4th, and 10.7 trillion yen was recorded as a “national resilience basic plan” in the final proposal. Government construction investment will likely contribute greatly to an increase in orders received for the company. 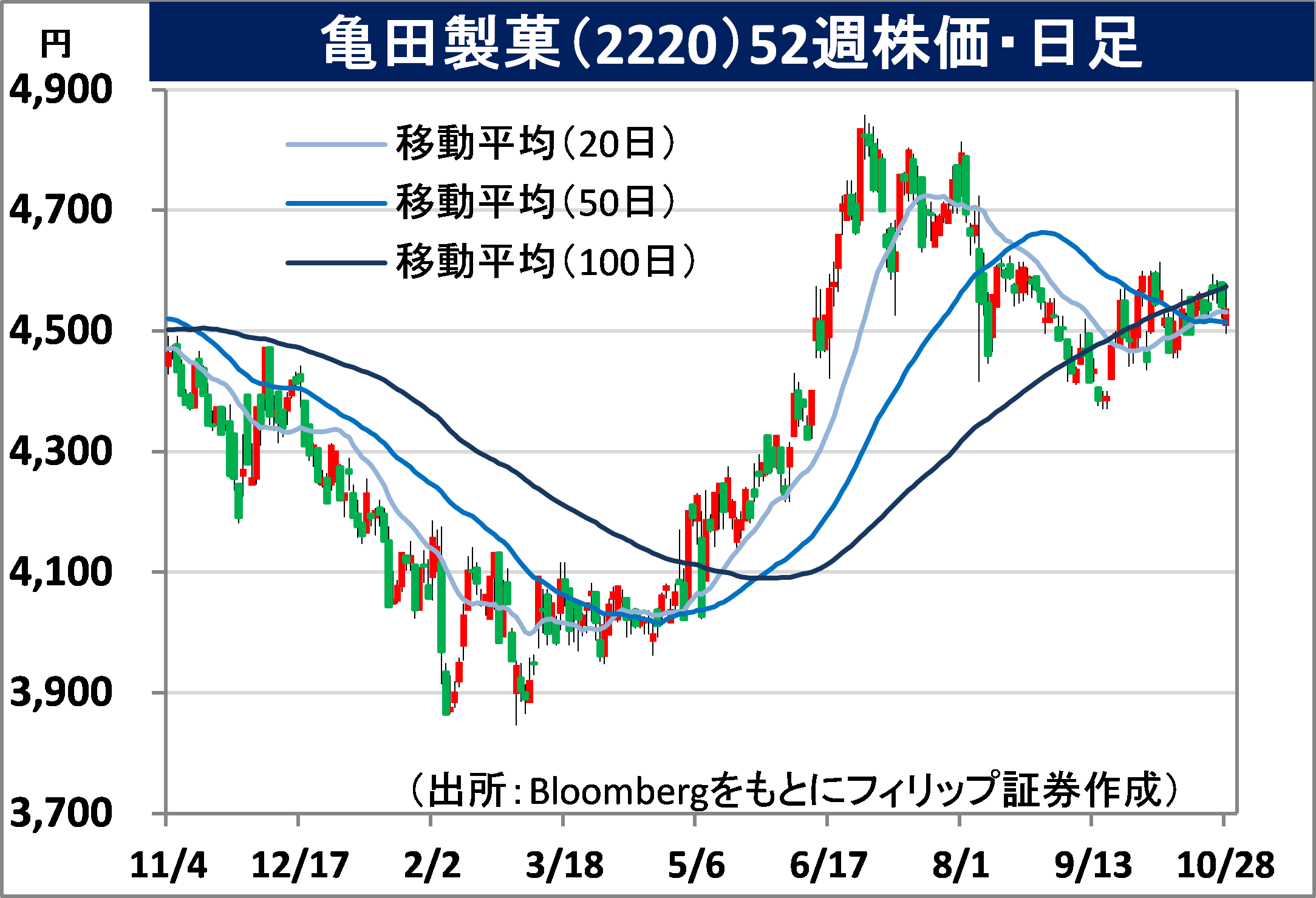 ・Established in Kamedamachi, Nakakanbara county in Niigata Prefecture. Its main business content involves the manufacture and retail of confectionery and they operate the domestic rice cracker business, overseas business, foodstuff business and other businesses, such as freight transport, etc. They are No.1 in Japan for rice crackers, such as Senbei.

・For 1Q (Apr-Jun) results of FY2023/3 announced on 5/8, net sales increased by 17.9% to 23.287 billion yen compared to the same period the previous year and operating income increased by 2.0 times to 1.248 billion yen. In addition to a demand for long-term storage foods backed by an awareness for disaster-prevention, as a result of a sharp rise in imported wheat, there has been an increase in inquiries for rice flour that does not use allergens. Substitution demand from suspended operations and a fire in a factory in other companies in the same trade had also contributed.

・For its full year plan, net sales is expected to increase by 8.0% to 92 billion yen compared to the previous year and operating income to increase by 3.5% to 5 billion yen. With concerns on the mid and long-term worsening of China’s investment environment by overseas investors at the National Congress of the Chinese Communist Party held once every 5 years, India, which is predicted to have a greater population than China as soon as ’23, will likely be regarded as important. We can likely look forward to the managerial ability of their Indian-born CEO Juneja, who has achievements in starting up foodstuff business brands, such as rice flour bread and the global commercialization of products from India.