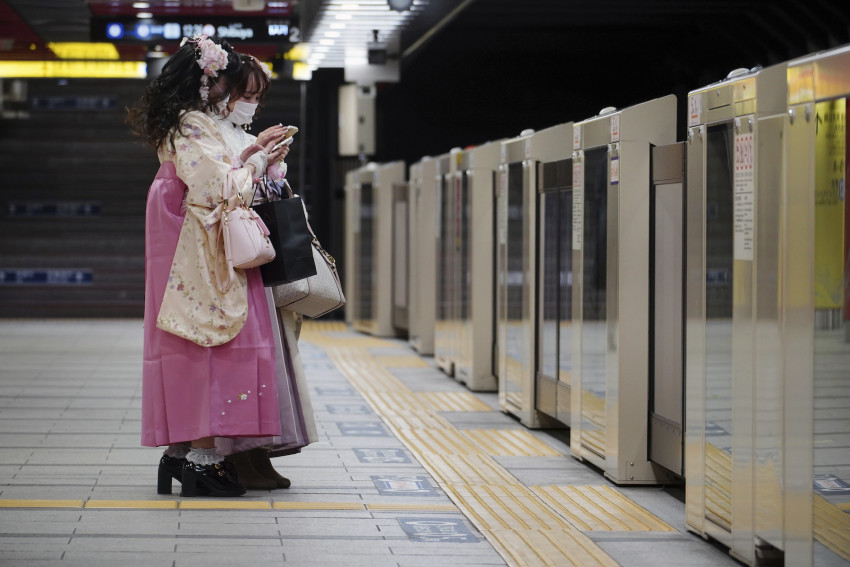 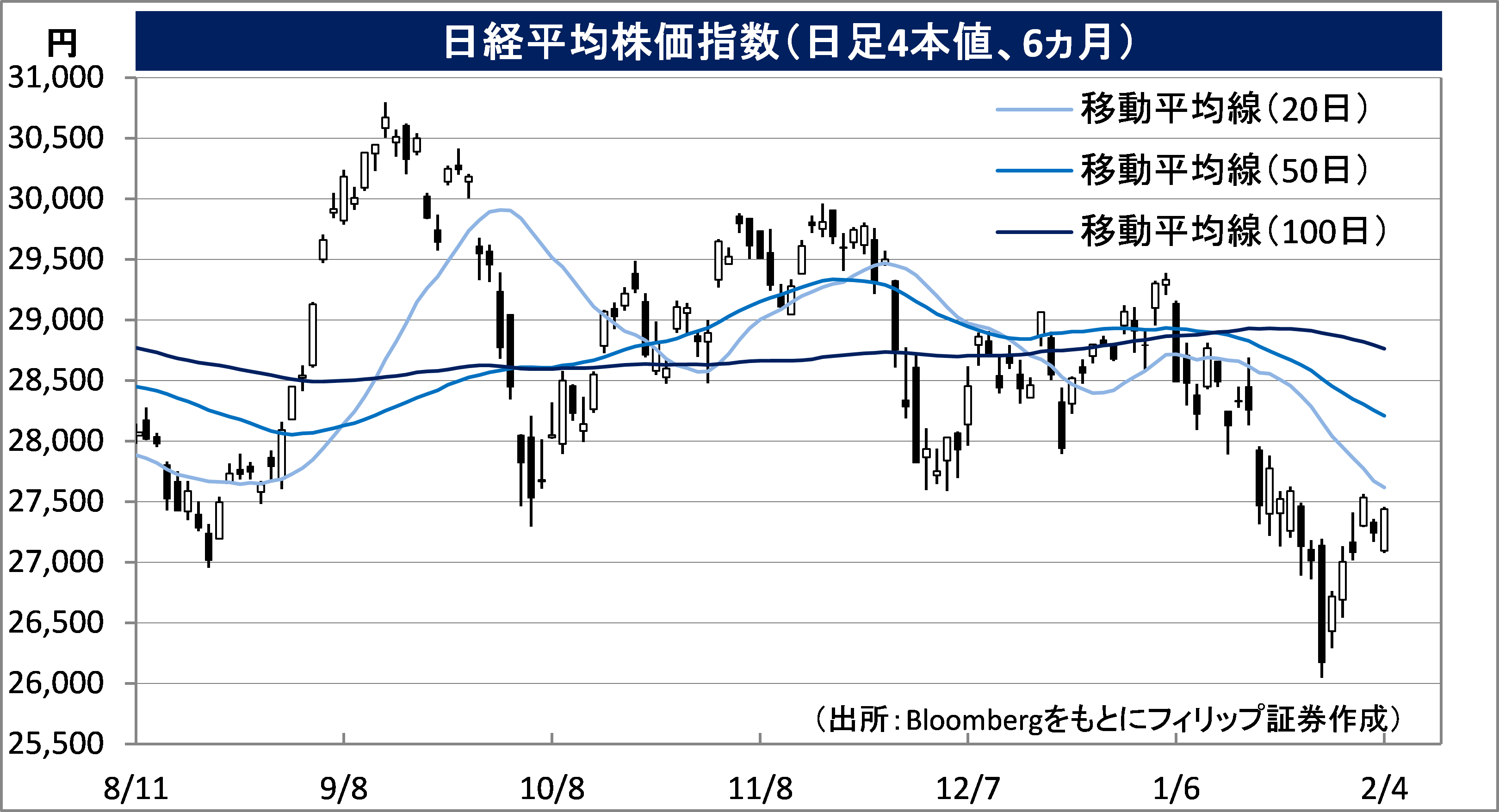 “Stocks With Low Ratio of Margin Balance, the Export of Agricultural Products and Plastic Resource Circulation”

As mentioned in the previous issue (31st January 2022), the “ratio of margin balance”, which is obtained by dividing the margin debt balance of transactions that use the Tokyo Stock Exchange system by the margin selling balance, rose to a high level of 5.7 times on the basis of 21/1 last since Mar-Apr 2018. Despite it declining to 5.0 times on the 28th, it remains at a high level. For an actual increase and improvement in supply and demand of the overall Japanese stock market, it appears that there is a need for further decline. On the other hand, judging from individual stocks, BASE (4477), which was one of the stocks from “Selected Stocks” in the previous issue, declined to 1.79 times on the 21st. Toei Animation (4816) as well, which has been under 1.0 times since April last year onwards, was 0.49 times on the 21st with its margin selling balance greatly exceeding its debt balance. Since settlements have to be made by the final deadline 6 months after new commitments in system margin trading, there is an aspect where stocks with “more selling balance than buying balance” which have a declining ratio of margin balance while followed by a fall in market price or that is less than 1.0 times, have a tendency to have its market price reverse to increase due to some sort of trigger. The stock price of both stocks increased swiftly on 1st and 2nd February.

The annual export value of agricultural, forestry, fishery and food produce for 2021 announced by the Ministry of Agriculture, Forestry and Fisheries on 4/2 increased by 25.6% compared to the previous year to 1.2385 trillion yen, which greatly broke the government’s goal of 1 trillion yen. This was greatly contributed by strong sales in new markets involving sales from electronic commerce (EC) and those for retailers, etc. which adapted to the change in global consumer demand after the COVID-19 disaster. Furthermore, as of late, there has been progress in various regions across Japan involving initiatives that create new products that make use of local agricultural produce by partnering with a wide range of industries with a focus on foodstuff manufacturers and the Ministry of Agriculture, Forestry and Fisheries. The B2B e-commerce Raccoon Holdings (3031) has partnered with the Sabae Chamber of Commerce and Industry from Fukui Prefecture in participating in the planning of the cross-border EC business, “Cross Border Sabae”, which supports the overseas sale of local products. There will likely be attention on the increase in collaboration of cross-border EC and foodstuff manufacturers or supermarkets geared towards regional revitalisation.

In the Cabinet meeting on 14/1, the Japanese government decided on the cabinet order that 1st April 2022 be the enforcement date for the “Act on Promoting Plastic Resource Circulation”, which reduces the usage of 12 articles of disposable plastic products, such as straws and hangers. Regarding the products to be reduced, it would demand measures, such as having consumers confirm their intention on its necessity as well as replacing them with materials, such as paper or wood. In addition to it benefitting the paper and pulp industry, making it such that it newly recognises manufacturers and retailers in independently collecting used products will likely strengthen initiatives in recyclable plastics by chemical manufacturers as well. 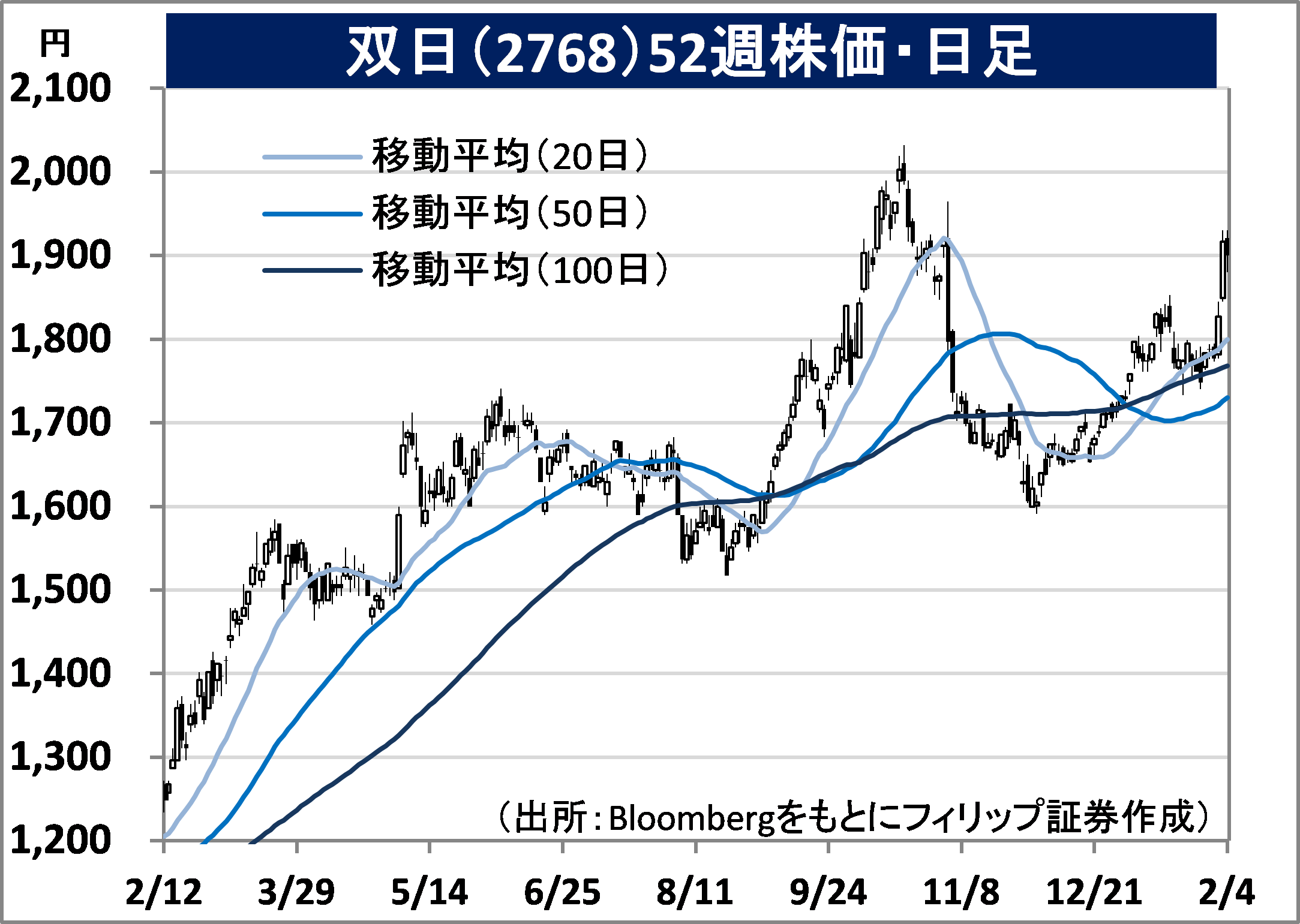 ・Nichimen and Nissho Iwai integrated in 2003. Operates 9 main business segments, which are automobiles; the aviation industry and transport; machines and healthcare infrastructure; energy and social infrastructure; metals and resources; chemistry; food and agriculture; and retail and lifestyle, etc.

・For 9M (Jan-Sep) results of FY2022/3 announced on 2/2, earnings increased by 33.5% to 1.5485 billion yen compared to the same period the previous year and operating income increased by 3.5 times to 84.975 billion yen. The increase in coal price, increase in prices of precious metals, increase in quantity handled included in recycling, increase in methanol price and transactions of synthetic resins as well as the increase in retail units in the overseas automobile business have contributed to business performance.

・Company revised its full year plan upwards. Net income is expected to increase approximately by 3.0 times to 80 billion yen compared to the previous year (original plan 70 billion yen) and annual dividend to increase by 48 yen to 58 yen (original plan 45 yen). The forecast was raised following the sudden rise in coal price. The company has partnered with Vietnamese dairy product giant Vinamilk and looks to embark on the production of beef of quality on par with those for the Japanese market. Domestic beef has a high degree of contribution to the increase in export prices of agricultural, forestry, fishery and food products and is popular overseas. 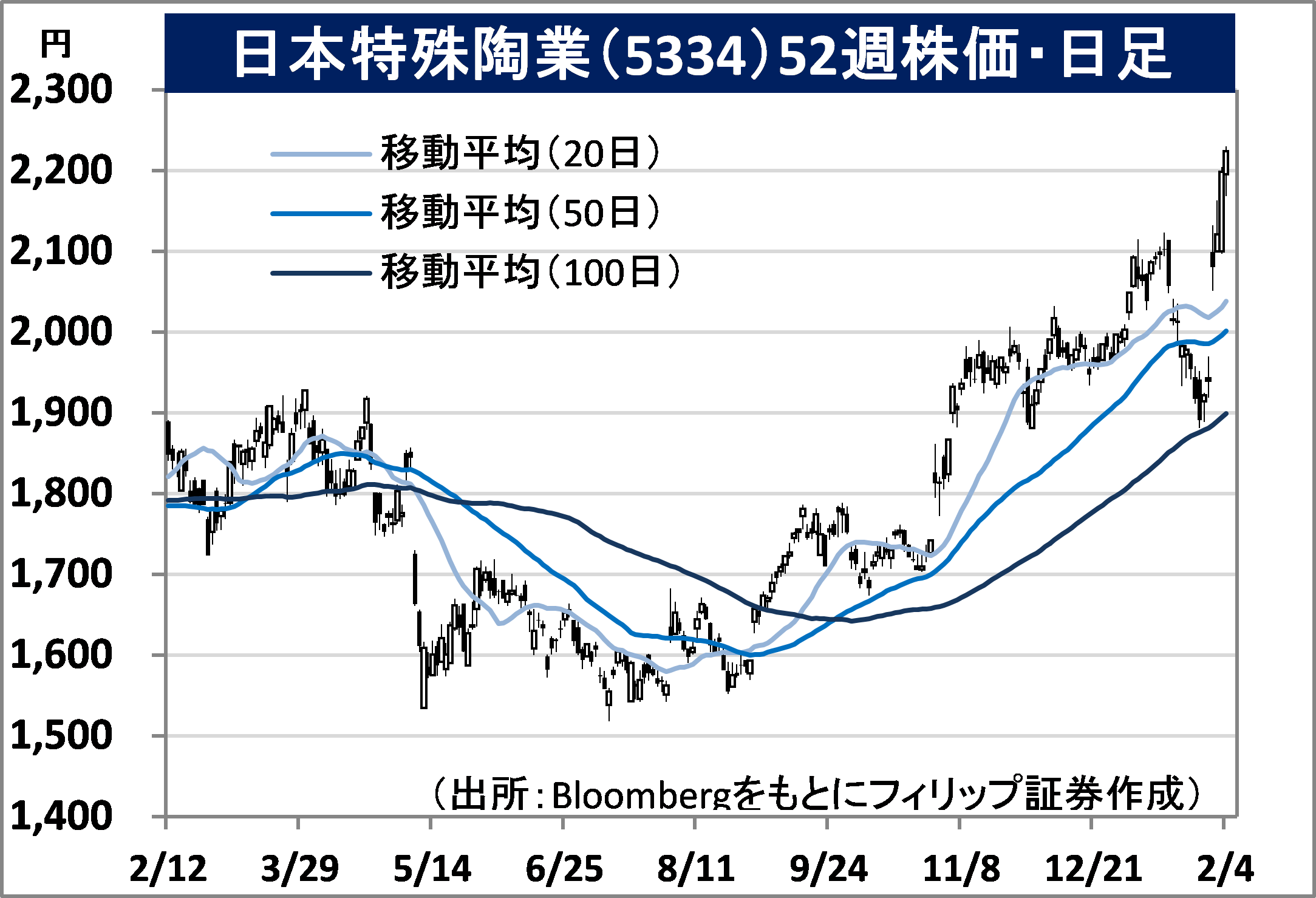 ・The spark plug section separated from NGK Insulators (5333) in 1936. Operates 3 businesses, which are their mainstay “automobiles” such as spark plugs, “ceramics” involving semiconductor equipment, and “new businesses” which include the company Morimura SOFC Technology.

・For 9M (Apr-Dec) results of FY2022/3 announced on 31/1, sales revenue increased by 16.7% to 358.333 billion yen compared to the same period the previous year and operating income increased by 53.1% to 54.768 billion yen. Despite the increase in operating deficit in new businesses, for automobiles, sales of products used for repair mainly in Europe and North America has performed well. For ceramics, those for semiconductor equipment and machinery tools for those related to automobiles have performed strongly.

・Company revised its full year plan upwards. Sales revenue is expected to increase by 14.4% to 489 billion yen compared to the previous year (original plan 482 billion yen) and operating income to increase by 70.9% to 81 billion yen (original plan 68.5 billion yen). Furthermore, they are taking an aggressive stance by raising overall return propensity by announcing a 10 billion yen upper limit in stock buyback and an increase in annual dividend by 62 yen to 102 yen (original plan 96 yen). It appears that the global reduction in automobile production due to supply constraints is becoming an advantage due to the increase in demand for replacing plugs following the boom in the second-hand vehicles market.