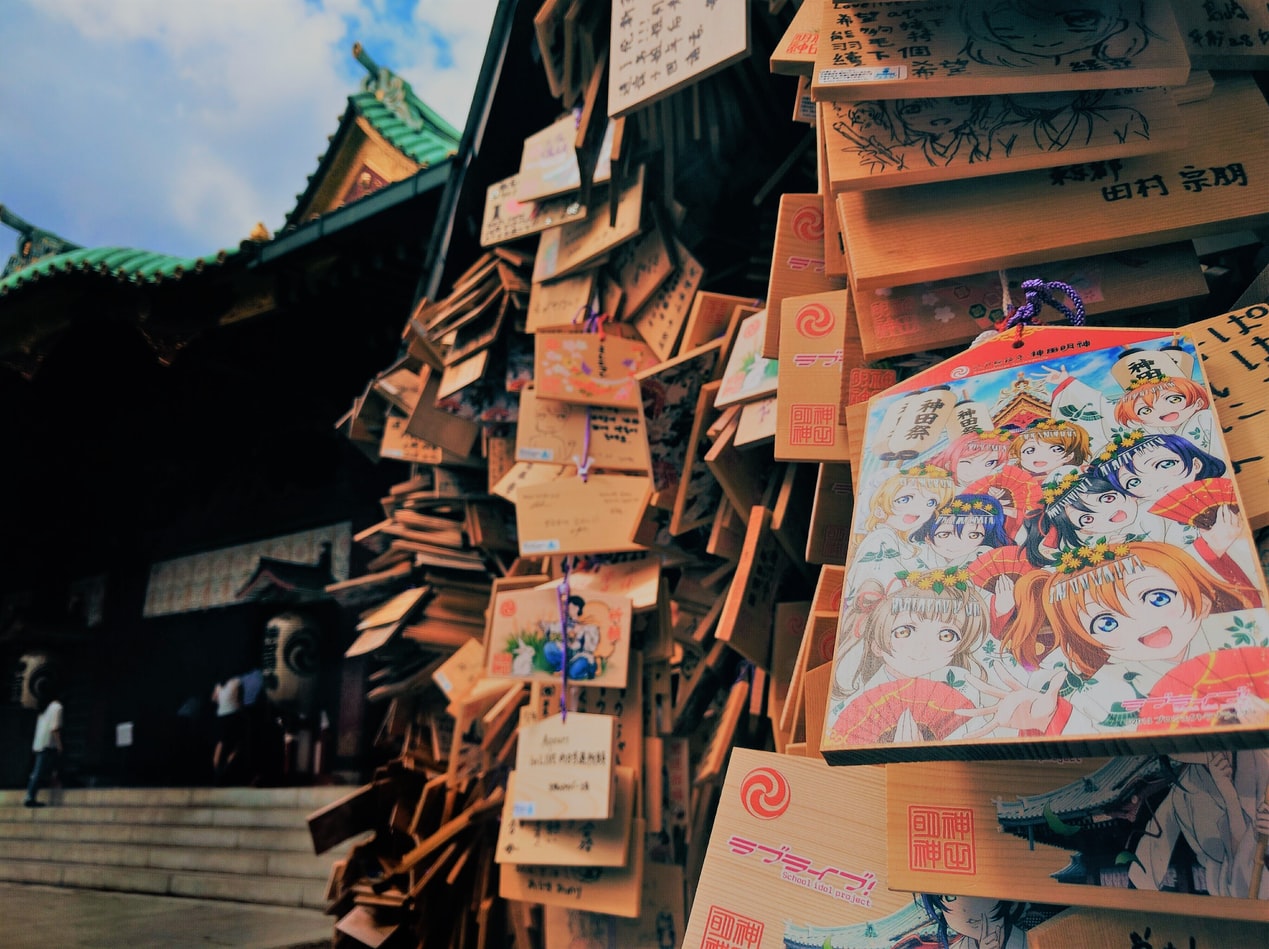 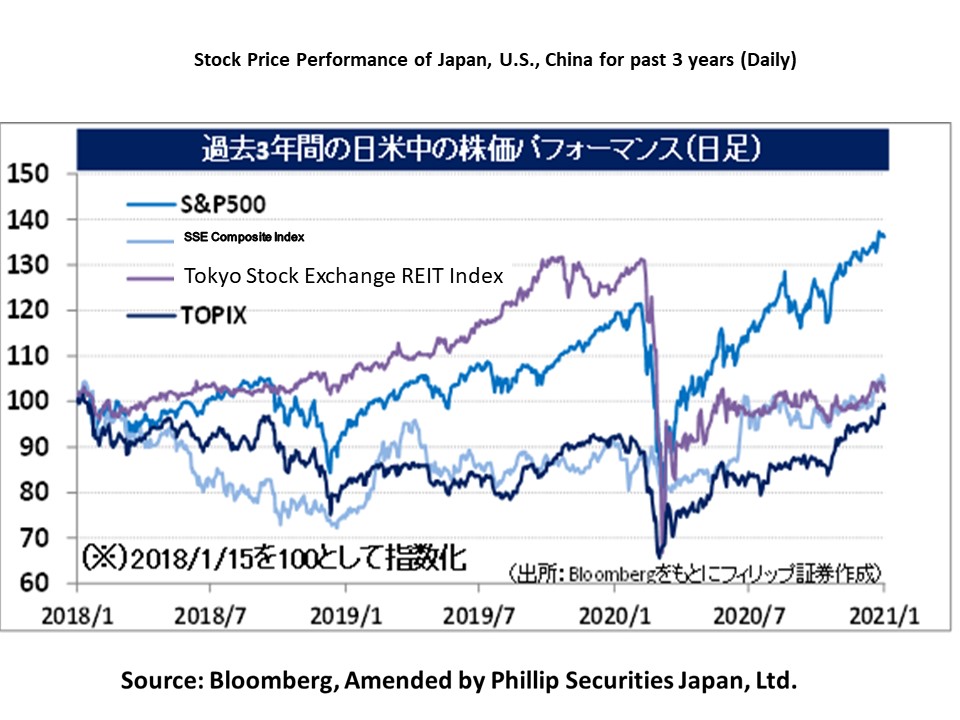 The Nikkei Average rose to 28,979 points during trading hours on 14/1, the highest level since August, 1990.  August, 1990 was the time when, after the Iraqi forces invaded Kuwait, the UN Security Council adopted a resolution condemning the invasion and imposed economic sanctions on Iraq with a total embargo.  At that time, there were headwinds in the stock market due to the intermittent tightening of monetary policies since the official discount rate hike in May, 1989.  Currently, the BOJ under Governor Kuroda is continuing its unconventional monetary easing, and the weighted average net asset price (BPS) of the Nikkei Average, based on market capitalization, is hovering around 22,500 points.  This is different from the “Heisei bubble” period when the Nikkei Average and its weighted average BPS were far apart.

At present, there is a noticeable trend in the Japanese stock market of a shift from focus until the end of last year on stocks related to hydrogen and EVs (electric vehicles) aiming at reducing greenhouse gas emissions, to stocks related to semiconductor manufacturing equipment which contribute significantly to the Nikkei Average due to semiconductor shortages and supply concerns.  According to the latest forecast of the World Semiconductor Trade Statistics (WSTS), the year-on-year growth rate of the overall semiconductor market is expected to be 5.1% in 2020 and accelerate to 8.4% in 2021.  According to the 2021 product forecast, discrete, optical-semiconductors, sensors, and ICs (integrated circuits) are all expected to grow by more than 7% year on year.  In terms of IC category, analog, logic, and memory will grow by 8.6%, 7.1%, and 13.3% respectively, while microprocessors will grow by only 1.0%.    In particular, shipments of 5G-compatible smartphones in 2021 are expected to more than double from the previous year.  The manufacturing of SoCs (system-on-chips) for 5G smartphones will require 5nm (nano-meter) or 7nm miniaturization processes. The production capacity of Taiwan Semiconductor Manufacturing Company (TSMC), a semiconductor foundry, and ASML, an EUV (Extreme Ultraviolet) lithography equipment manufacturer, may therefore encounter supply constraints.

In ASEAN, harvesting has been delayed due to restrictions on the movement of foreign workers, and soaring market prices of agricultural products and vegetable oil due to supply shortages have boosted the performance of agricultural-related companies.  If the acquisition of low-wage foreign workers through aggressive immigration policies becomes less likely in the future, we may see an end to deflation and an increase in inflation in a wide range of industries in many countries. 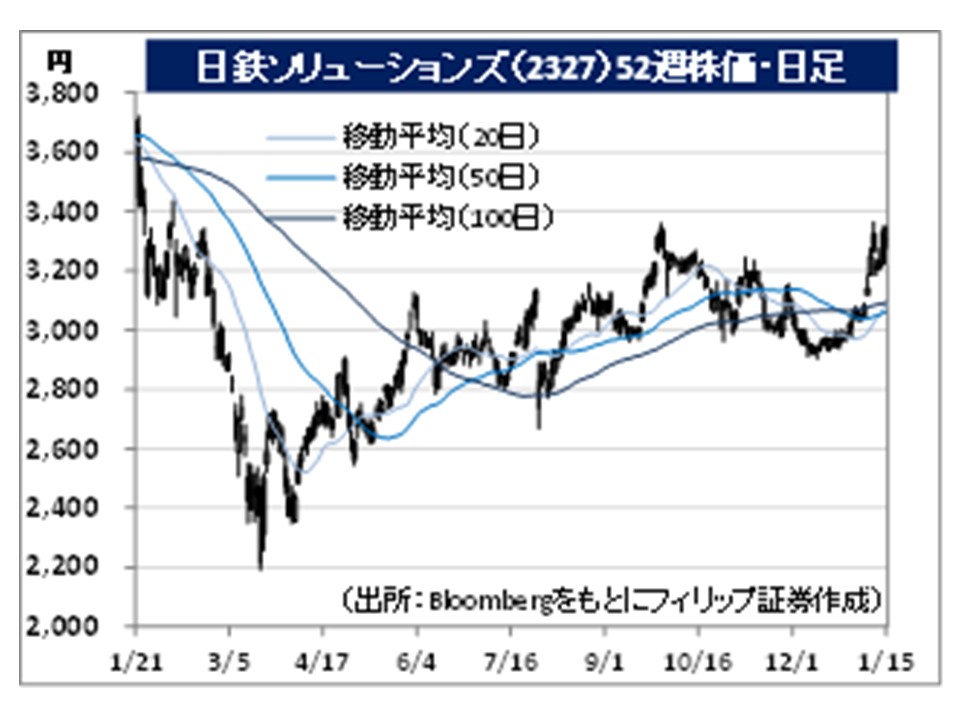 ・Established in 1980 with Nippon Steel as the parent company.  Company is a systems integrator of the Nippon Steel (5401) group, but about 80% of its sales come from systems development and consulting for companies and government agencies other than its parent company.

・For 1H (Apr-Sep) results of FY2021/3 announced on 27/10, net sales decreased by 12.9% to 119.068 billion yen compared to the same period the previous year, and operating income decreased by 21.4% to 11.149 billion yen.  Both sales and profits decreased due to the negative repercussion from the large PCB project in the same period of the previous year, but 2Q (Jul-Sep) sales increased 10.2% QoQ and operating income increased 18.5% due to the success of responding to remote and non-contact IT needs.

・For its full year plan, net sales is expected to decrease by 7.2% to 255.0 billion yen compared to the previous year, and operating income to decrease by 15.8% to 23.9 billion yen.  In addition to working on the digitalization of the telework environment and contract / decision-making operations, company has also begun verifying the application of a self-operated wireless network for local 5G at the Muroran Works of Nippon Steel, with the aim of realizing digital transformation (DX) at manufacturing sites.  President Morita said, “2021 will be the dawn of full-fledged DX,” and company is aiming to provide DX support to customers in a wide range of industries. 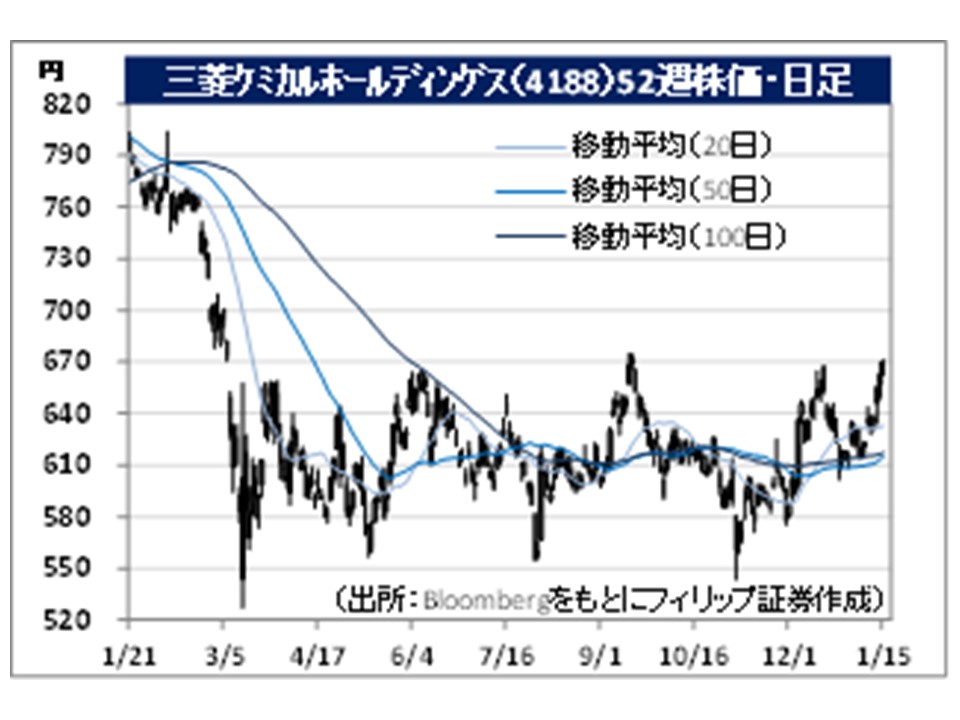 ・For 1H (Apr-Sep) results of FY2021/3 announced on 4/11, sales revenue decreased by 17.7% to 1.5048 trillion yen compared to the same period the previous year, and core operating income excluding non-recurring factors decreased by 58.2% to 54.639 billion yen.  Sluggish demand, especially for automotive applications, had a negative impact.  2Q (Jul-Sep) QoQ sales rose 8.2% on the back of a recent pickup, and core operating income rose 2.6 times.

・Company has revised its full-year plan downwards on 4/11.  Core operating income remains unchanged at 140.0 billion yen, down 28.1% Y-o-Y, but sales are expected to fall 11.3% Y-o-Y to 3.175 trillion yen (original plan 3.334 trillion yen) due to lower-than-expected market conditions for MMA, an acrylic resin raw material.  In addition to promoting a project utilizing CO2 as a resource through artificial photosynthesis using photocatalysts, the 3D printing resin business is also expected to expand in Europe and the United States.