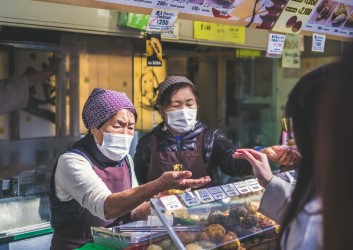 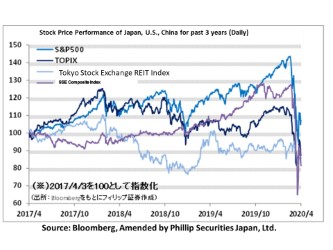 The Japan Tankan for March announced on 1/4 by the Bank of Japan saw stable figures, such as the diffusion index (DI), which indicates business confidence for large enterprises in the manufacturing industry, worsening by 8 points from the previous round to -8, whereas the FY2020 capital investment plan based on all enterprises falling by 0.4% compared to the previous year (2.4% increase for the manufacturing industry, 2.0% decrease for nonmanufacturing industries). Also, for capital investment including software and R&D (excluding land investment), there was a 1.2% increase for all enterprises and a 5.9% increase limited to medium-sized enterprises. Although 70% of the responses for the survey were collected up to 11/3, which meant that it did not sufficiently factor in the impact from the 1-year postponement of the Tokyo Olympics and the self-restraint from going outdoors during the weekends in metropolitan Tokyo, the results were surprisingly stable.

Due to effects from the increasing spread of COVID-19, with companies being forced to handle working from home or going to work on alternate days, etc., the establishment of a work groupware system is becoming essential. Also, in order to carry out work at home, there would likely be a need to expand communication network lines and arrange for work PCs. Moreover, there is an even greater demand for restaurants to offer cashless payments so that payments may be made without having to touch cash that has been passed around and circulated by the general public, as well as operations that enable food to be ordered in advance on a smartphone app and coming to pick it up from the restaurant without taking up time. Even if capital investment is lowered in order to consider financing, the survey content seemed to provide a glimpse on one side of the dilemma faced by medium-sized enterprises who have no choice but to raise capital investment in order to sustain a business. Increased business opportunities are forecasted for companies related to software which involve cloud services such as groupware and video meetings, etc., PC retail and system security-related companies as well as companies related to communication network line construction, etc.

In addition, according to vital statistics for commercial sales for February announced on 31/3, in terms of commercial sales value, despite a decrease of 11.8% YoY for departmental stores, there was a 1.7% increase for retailers, a 6.0% increase for supermarkets and a 4.5% increase for convenience stores, which performed strongly. As a result of the announcement by the government to refrain from events and request the closure of schools at the end of Feb 2020, the sharp rise in sales of masks, sanitizers and toilet paper following a stock-up of various products have become evident. In particular, drugstores have performed strongly with a 18.9% increase. Focus will likely be on the announcement of financial results of retail-related companies and the FY2021/2 forecast which will take place one after another from 6/4.

The Bank of Japan’s ETF purchases have been continuing even past 1/4. There have been many instances of a high rebound rate in the latter half of March for stocks thought to have a big trading impact following TOPIX-based ETF purchases compared to past average daily trading value for each stock. Focus will likely be on this since there is a possibility of the same trend persisting in the future as well. 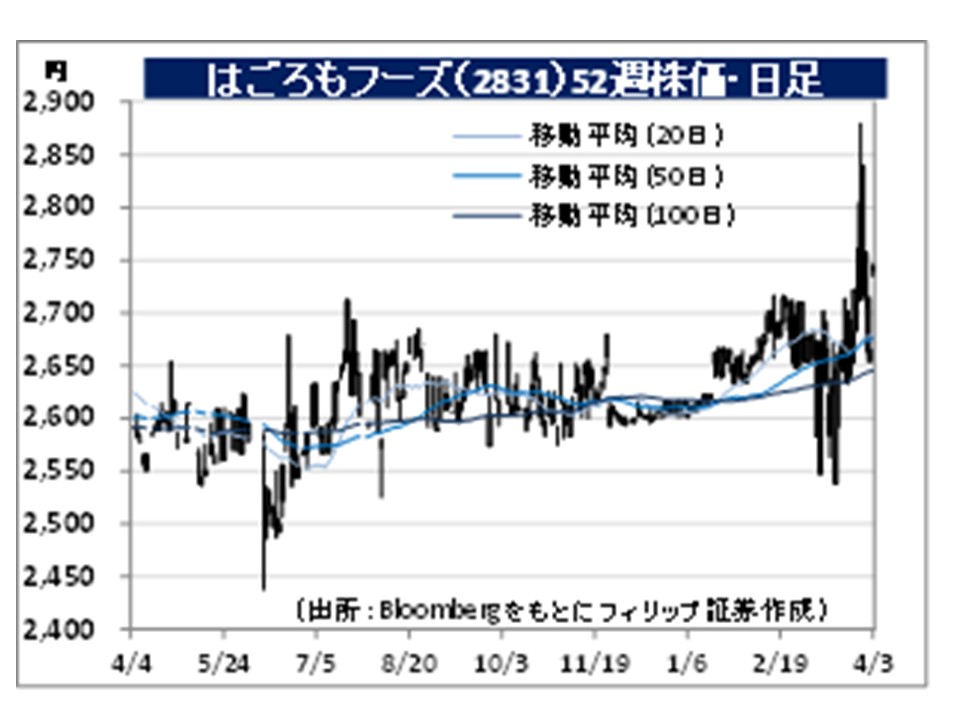 ・Established in 1947 after being founded in 1931 as a business involving canned tuna in oil. Registered their product name “Sea Chicken” as a trademark in 1958. Handles a foodstuff business which carries out the manufacture and retail of canned products, pasta, cooked rice packs, bonito shavings and seaweed, etc.

・For 3Q (Apr-Dec) results of FY2020/3 announced on 12/2, net sales increased by 1.2% to 63.368 billion yen compared to the same period the previous year and operating income increased by 25.9% to 2.524 billion yen. Their tuna products and pasta products, which meet the demands of convenience and health conscious consumers, performing strongly in addition to their new products with increased added value being favourable have contributed to an increase in income and profit.

・For its full year plan, net sales is expected to increase by 0.6% to 80.4 billion yen compared the previous year and operating income to increase by 21.8% to 1.9 billion yen. A TV commercial for “Salad Sea Chicken” featuring Hayato Sakamoto, the infielder from the Yomiuri Giants, began broadcasting from 7/3. Recently, a wide variety of easy-to-make dishes using Sea Chicken have been gaining popularly on video streaming sites as popular recipes. We can likely expect an increase in demand for Sea Chicken for those who have to spend increased amounts of time at home due to COVID-19. 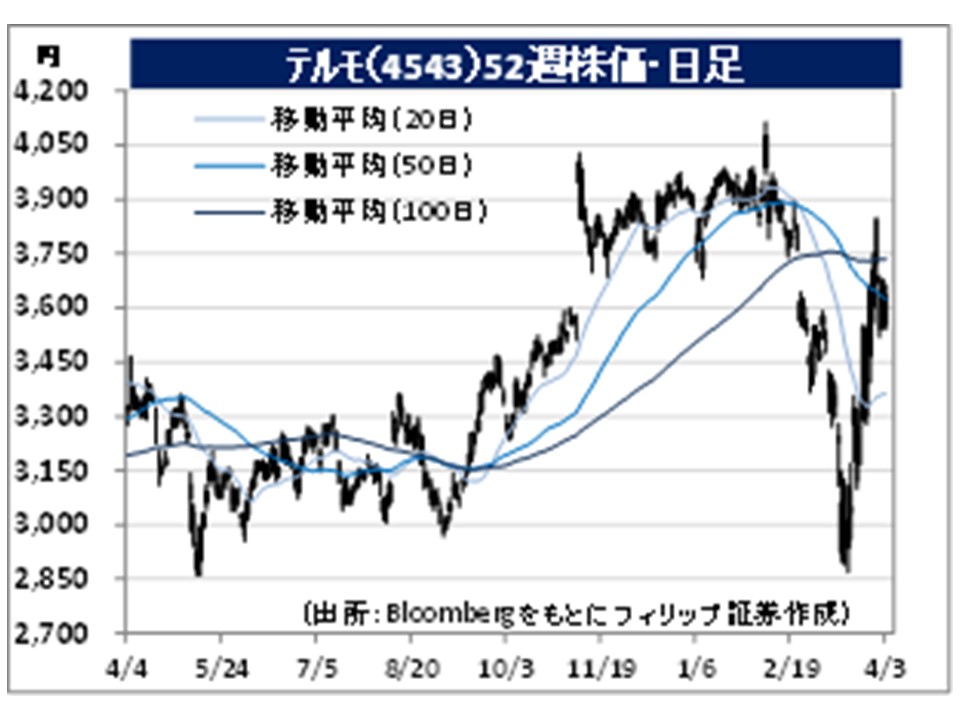 ・Founded in 1921 for the purpose of domestically manufacturing thermometers, which had their imports halted due to effects of the world war. Has a system of 3 companies, which are the catheter and artificial heart-lung “cardiovascular”, “hospital” involving pharmaceuticals, etc. and ”blood system”,  which is related to blood transfusion.

・For 3Q (Apr-Dec) results of FY2020/3 announced on 6/2, sales revenue increased by 6.0% to 470.144 billion yen compared to the same period the previous year and operating income increased by 9.9% to 86.25 billion yen. The 9.3% increase in sales revenue in the cardiovascular company contributed to an increase in income and profit. The catheter and neurovascular (endovascular therapy for cerebrovascular disease) have performed strongly.

・For its full year plan. Sales revenue is expected to increase by 5.9% to 635 billion yen compared to the previous year and operating income to increase by 2.2% to 109 billion yen. With increasing people infected with COVID-19 and rising demand for artificial heart and lung apparatuses (ECMO) for pneumonia treatment, it was reported that they are currently increasing production quantity by more than double. Also, if the Bank of Japan buys in ETFs based on TOPIX, which is the stock price index based on the weighted average market capitalization, there will likely be attention on the aspect of trading impact based on trading value