Japan-Weekly Strategy Report September – a Month That Sees a Rise in Volatility September 12, 2019 582 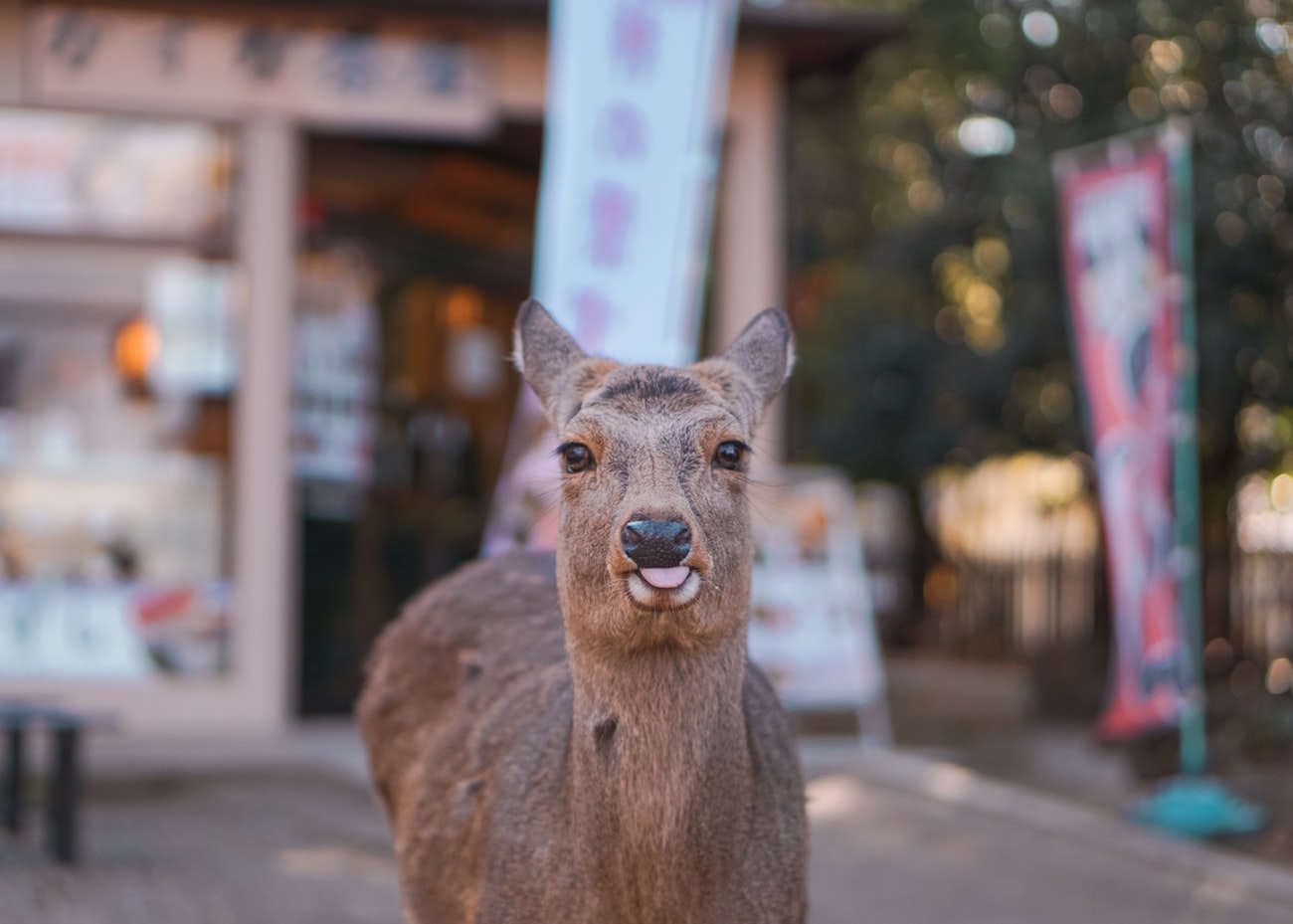 September – a Month That Sees a Rise in Volatility

The Japanese stock market in the week of 2/9 saw an unprecedented low level of trading with the TSE Section 1’s trading value on 2-3/9 at the 1.3 trillion yen level and slightly under 1.6 trillion yen on 4/9. Just as how the stock market saying goes, “Don’t sell when the market is quiet”, despite Nikkei average stock prices showing stable movements around the low of 20,500 points, on 5/9, its trading value increased to slightly under 2.5 trillion yen and exceeded the turning point of 21,000 points to reach the 21,200 point level on 6/9, which was a situation that saw the saying, “at the end of the storm comes the sunshine” coming true.

Next, there is a need to note that the volatility of the Nikkei average tends to rise in September. In 2017, when the snap election was the hot topic, after marking the lowest price of 19,239 points on 8/9, it rose to 23,382 points on 9/11, and when the Turkish lira issue that took place from summer 2018 was dragging out, as a result of the 6.25% interest rate hike by Turkish central bank, it broke the 23,000 point resistance line on 14/9 and rose to 24,448 points on 2/10. Movements from 5/9 onwards also suggest a rise in volatility in September this year. The dates of 8/9 in 2017 and 14/9 in 2018 were the MSQ (Major Special Quotation) days, which also coincided with the last days for the settlement of futures and option transactions, and the MSQ this year is 13/9.

However, judging from October onwards, the situation differs from 2017 and 2018. 2017 saw a widespread optimistic mood in the stock market due to it being the first year of the Trump administration, while in 2018, attention began shifting on the US-China cold war due to Vice President Pence’s address, and also for this year, President Trump’s invocation of tariffs against China announced on 5/5 and 1/8 poured cold water over the stock market. All of these come full circle from the Jan-Mar and Apr-Jun term financial results of US companies, and also share the fact that they fall in the period of the high stock price zone, therefore, for this year as well, there is a need to pay attention to the period of the Jul-Sep term financial results. 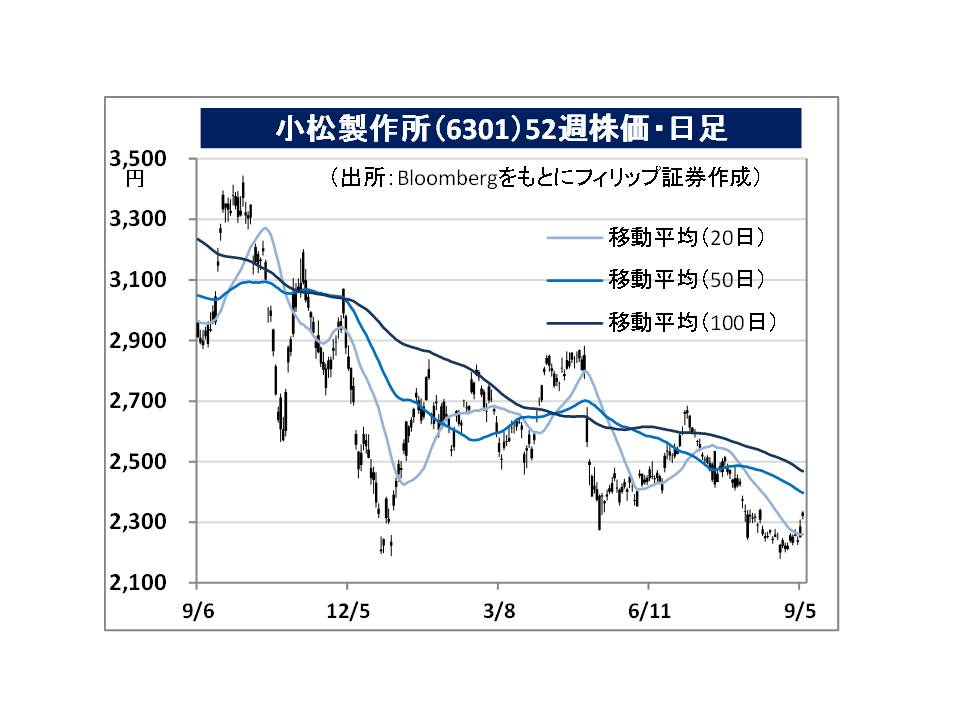 ・Established in 1921. Handles “construction machinery / vehicles” such as hydraulic excavators and bulldozers, etc. as their mainstay, as well as “industrial machines” such as press machines, etc., and also “retail finance”, which is the retail finance of construction / mining machinery.

・For 1Q (Apr-Jun) results of FY2020/3 announced on 29/7, net sales decreased by 5.6% 609.767 billion yen compared to the same period the previous year, and operating income decreased by 22.2% 74.76 billion yen. The fall in demand of construction machinery / vehicles focusing in China and Asia have affected. On the other hand, the number of orders to introduce “Smart Construction” in the construction site increased to over 8,200 in Japan.

・For FY2020/3 plan, net sales is expected to decrease by 4.0% to 2.617 trillion yen compared to the previous year, and operating income to decrease by 15.3% to 337 billion yen. On 26/8, company announced the relocation to Indonesia’s capital. “Komatsu” market shares at 36% holds the firm top spot in the construction machinery market in Indonesia, and we can expect it to benefit the company. Announced the startup of the new company, Land Data Bank, in Japan on 30/8. The launch of the financial service for mid and small construction vendors is garnering attention. 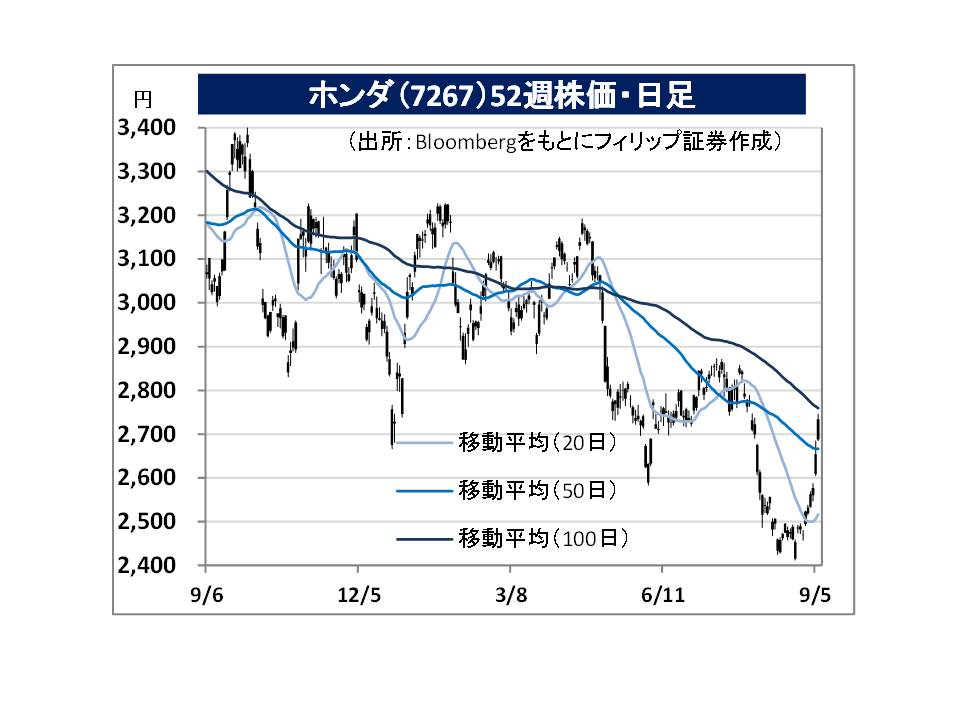 ・Founded in 1946. Carries out the motorcycle business, automobile business, financial services business and power products business, etc. Offers a wide range of vehicles from their Kei car “N-BOX” to global models “Accord” and “CR-V”, and the North American pickup truck “Ridgeline”, to the sports car “NSX”. Launched the “HondaJet” aircraft in 2015.

・For 1Q (Apr-Jun) results of FY2020/3 announced on 2/8, net sales decreased by 0.7% to 3.996253 trillion yen compared to the same period the previous year, operating income decreased by 15.7% to 252.469 billion yen, and net income decreased by 29.5% to 172.302 billion yen. Automobile sales in the US and India have been sluggish. However, apart from exchange rate fluctuations and temporary factors, etc., base increase in business profit was at 10.8 billion yen.