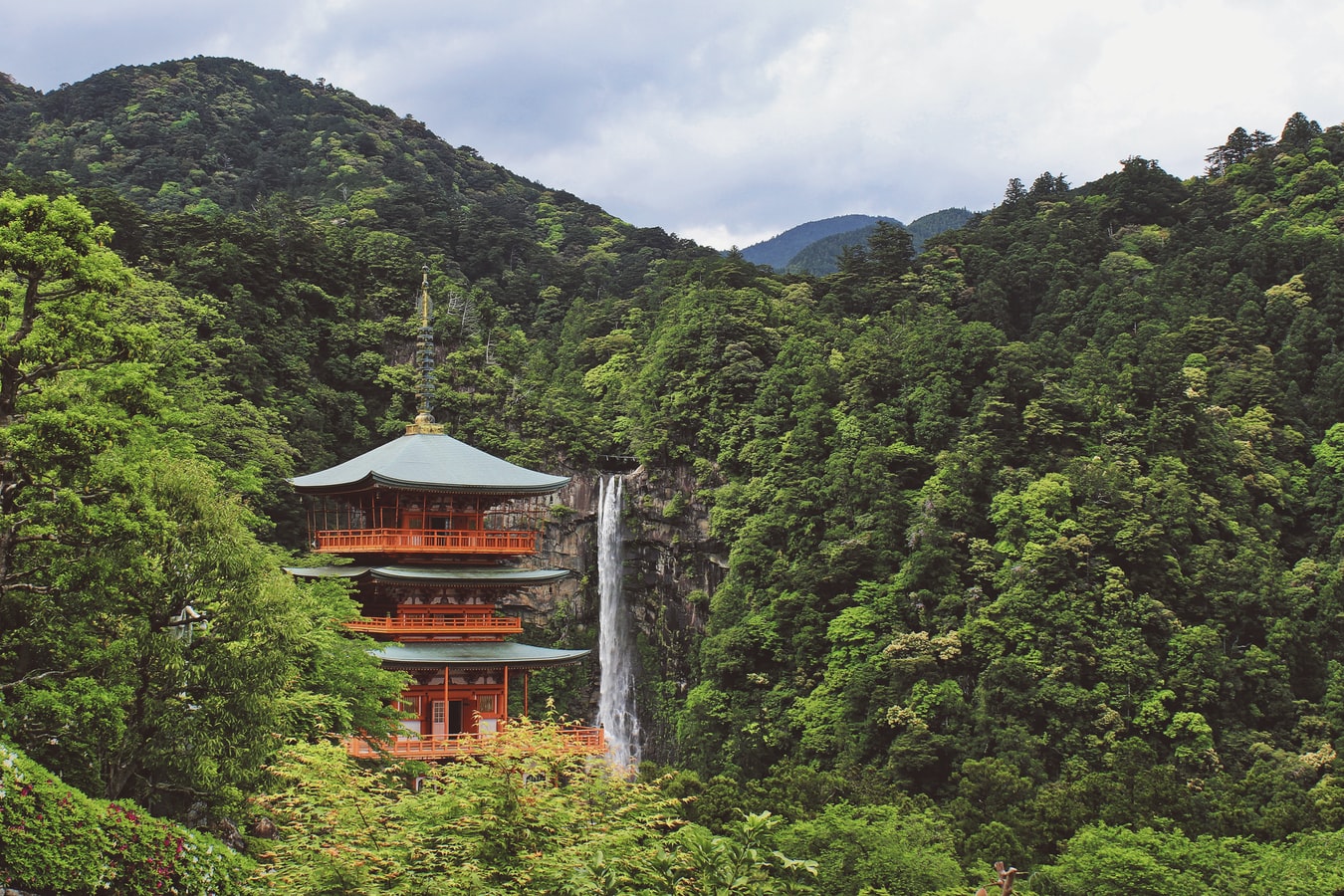 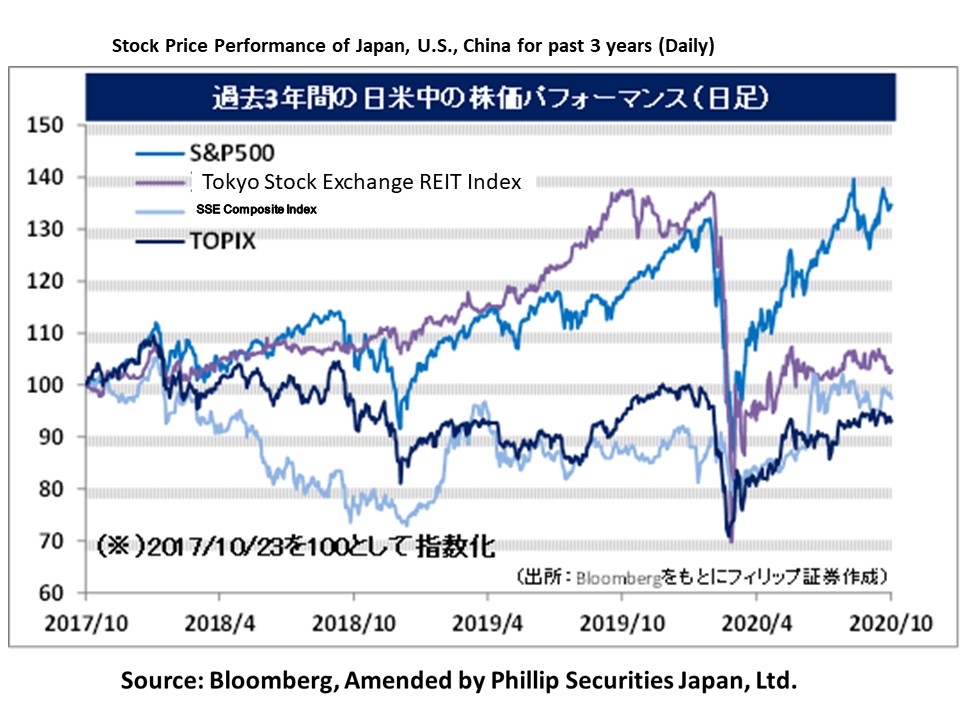 With the U.S. presidential election drawing close, the Japanese stock market has been displaying a growing wait-and-see stance. The trading value of the TSE Section 1 also fell below 2 trillion yen consecutively over 9 business days from 12/10 to 22/10. In contrast to the stock market where watchful waiting continues, the characteristics of the Suga administration, whose slogan is regulatory reform, seems to be becoming more defined. There is a side to it which seems to bear resemblance to the regulatory easing demonstrated and promoted in the “structural reform without sanctuary” by the Koizumi administration, rather than the “growth strategy” which is the 3rd arrow in Abenomics, whose driving force was regulatory easing. In an interview in The Nikkei on 20/10, Kono, the Minister of Regulatory Reform, expressed that a thorough inspection will be carried out on existing systems towards the promotion of the use of renewable energy, and mentioned rolling out self-driving cars nationwide and drones limited to specific wards, standardising copyright rules involving the simultaneous transmission of broadcasting and on the internet, the digital storage of receipts, as well as abolishing the obligation for industrial physicians to be permanently stationed following the use of AI at nursing care sites.

Amongst them, it appears that the promotion of the use of renewable energy will become a major pillar of the regulatory reform. It is said that Prime Minister Suga will target for zero actual greenhouse gas emissions in 2050 at his first general policy speech scheduled for 26/10 after his appointment. From the amount of greenhouse gas emissions, such as CO2, etc., the aim is to make it zero in 2050 after deducting the amount which is absorbed by forests, etc. Firstly, this means that there will be a need to raise the composition ratio of renewable energy by revising the existing basic plan for energy, where the targeted composition ratio of renewable energy in 30 years is 22-24%. Secondly, if the emissions trading system is officially implemented in the future, we can also infer that it signifies that there will be a greater possibility of corporations in the forestry business who are able to contribute to the reduction of greenhouse gas emissions, such as Sumitomo Forestry (1911), who possesses forests accounting for approx. 1/900 of those in Japan’s

land, being able to hold credit.

With the transmission networks having capacity restrictions due to the country’s guidelines being allocated to coal-fired thermal power and nuclear power with priority, it was said in end June this year that via a cooperation between Mitsubishi Corporation (8058) and NTT (9432), who owns the entire country’s telephone exchange networks, their policy was to make an official entry into the renewable energy business by equipping with electric power production and supply networks in advance. Regarding this point, since this would allow any corporation including those making a new entry in the renewable energy business to fairly utilise power transmission and distribution facilities, since April this year, telecommunications business operators are obligated to legally separate their power transmission and distribution sections. In the future, there may be efforts to promote the use of renewable energy as a result of competition between NTT and power companies.

Also, regarding the standardisation of copyright rules involving the simultaneous transmission of broadcasting and on the internet, we can expect that the expansion of high quality programme content assets to the internet will serve as a trigger to review the low P/B ratio (price-to-book ratio) of the stock prices of terrestrial television station corporations. 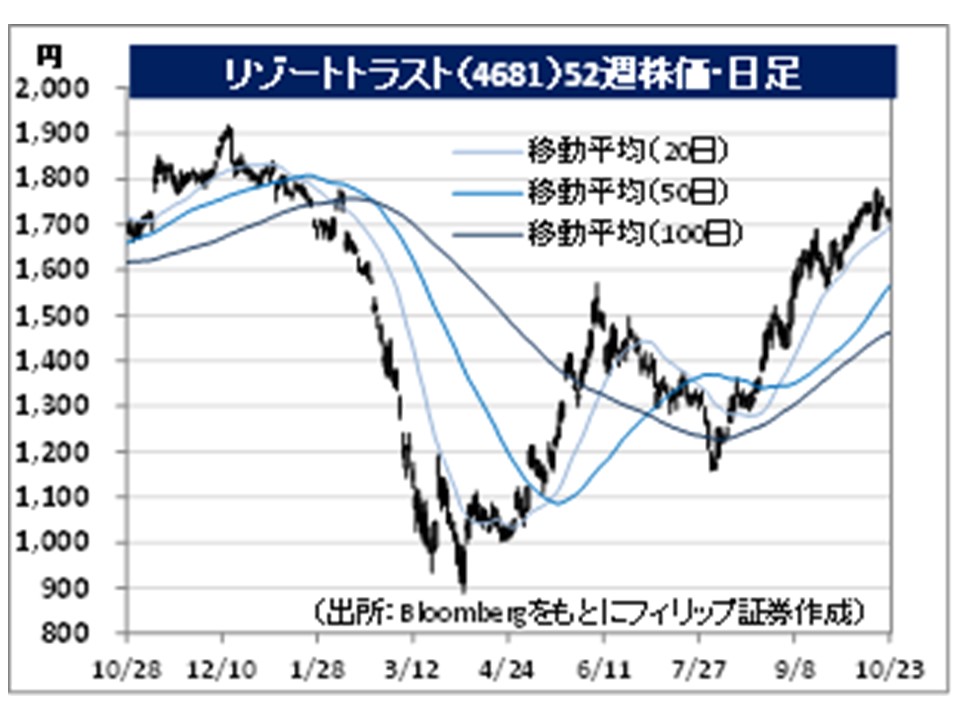 ・Established in 1973 in Nagoya. Handles the management and construction of membership-based hotels and golf courses, the retail of hotel membership, etc., and the medical business (including the retail of medical memberships and medical consulting), etc.

・For 1Q (Apr-Jun) results of FY2021/3 announced on 7/8, net sales decreased by 40.4% to 23.416 billion yen compared to the same period the previous year, and operating income fell into the red from 2.442 billion yen the same period the previous year to (884) million yen. Due to the impact from the spread of COVID-19, the reduction and limitation in operating activities involving the sale of memberships and the closure of hotel block facilities have affected.

・For its full year plan, net sales is expected to decrease by 0.7% to 158 billion yen compared to the previous year and operating income to decrease by 45.9% to 6.3 billion yen. Although the effects of the COVID-19 catastrophe are persisting, it is predicted that the decrease in revenue will be small due to the sale of the “Yokohama Baycourt Club” membership, which opened for business in Sep this year. With restrictions on overseas travel due to the COVID-19 catastrophe, supported by the demand from the wealthy who are avoiding crowds but want to go out, there is a prominent trend in the increase in the price of memberships for resort clubs and golf courses in the outskirts of major cities such as Tokyo. 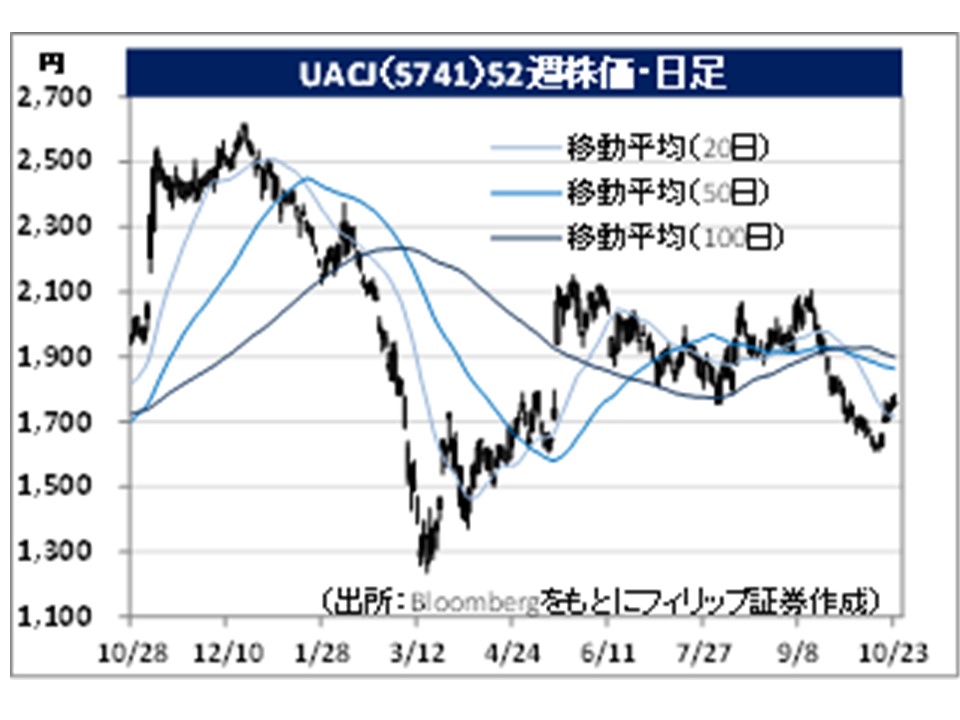 ・Started from a business merger between Furukawa-Sky and Sumitomo Light Metal Industries in 2013. Furukawa Electric (5801) is their top shareholder with a shareholding ratio of 24.9%. Has the top production capability in Japan for aluminium rolling products and is 3rd in the world after the American Alcoa and Novelis.

・For 1Q (Apr-Jun) results of FY2021/3 announced on 6/8, net sales decreased by 16.6% to 133.3 billion yen compared to the same period the previous year and operating income fell into deficit from 1.311 billion yen to (575) million yen. Although sales in Thailand, etc. for canned materials for overseas performed well, the decrease in overall sales volume due to the COVID-19 catastrophe and the decrease in the price of aluminium base metal have affected.

・Their full year plan is undecided due to the present inability to reasonably calculate the effects from the COVID-19 catastrophe. They are targeting a 40% increase in their global production capability of aluminium plates by 2022 compared to 2019, and predicts a reinforcement in the capability of their Thailand factory by investing 39 billion yen. With the increase in environmental awareness from marine pollution by plastic trash, an increase in global demand for aluminium cans are predicted such as from progress in the switch by beverage companies from PET bottles to beverage cans that can be easily recycled, etc.