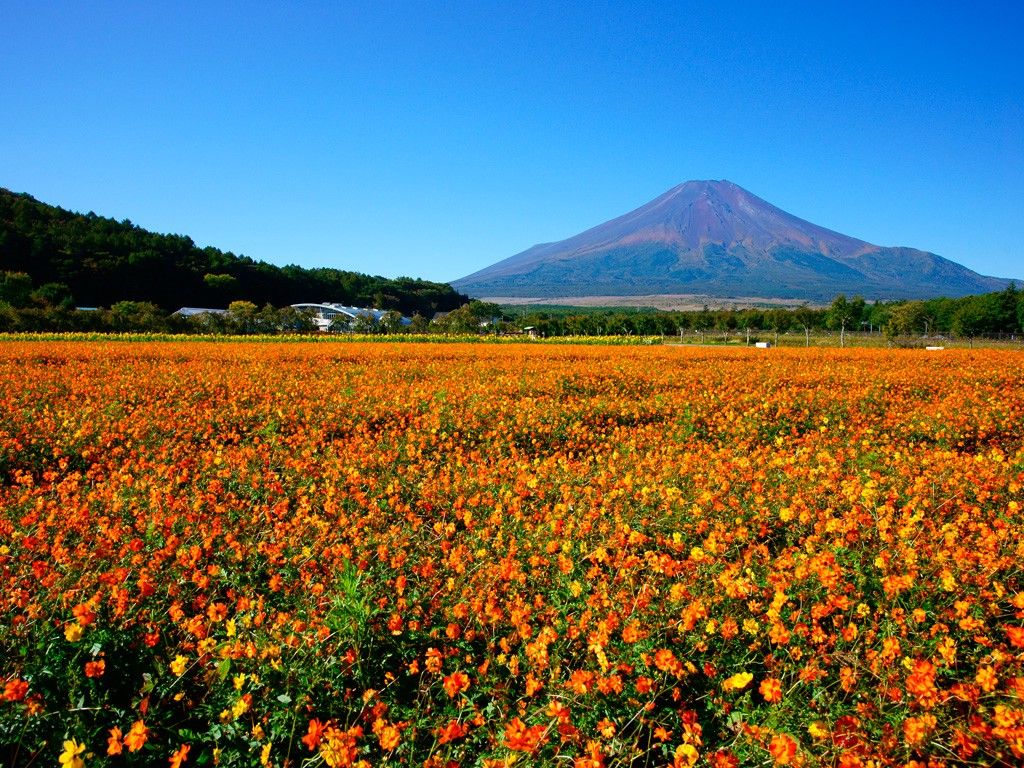 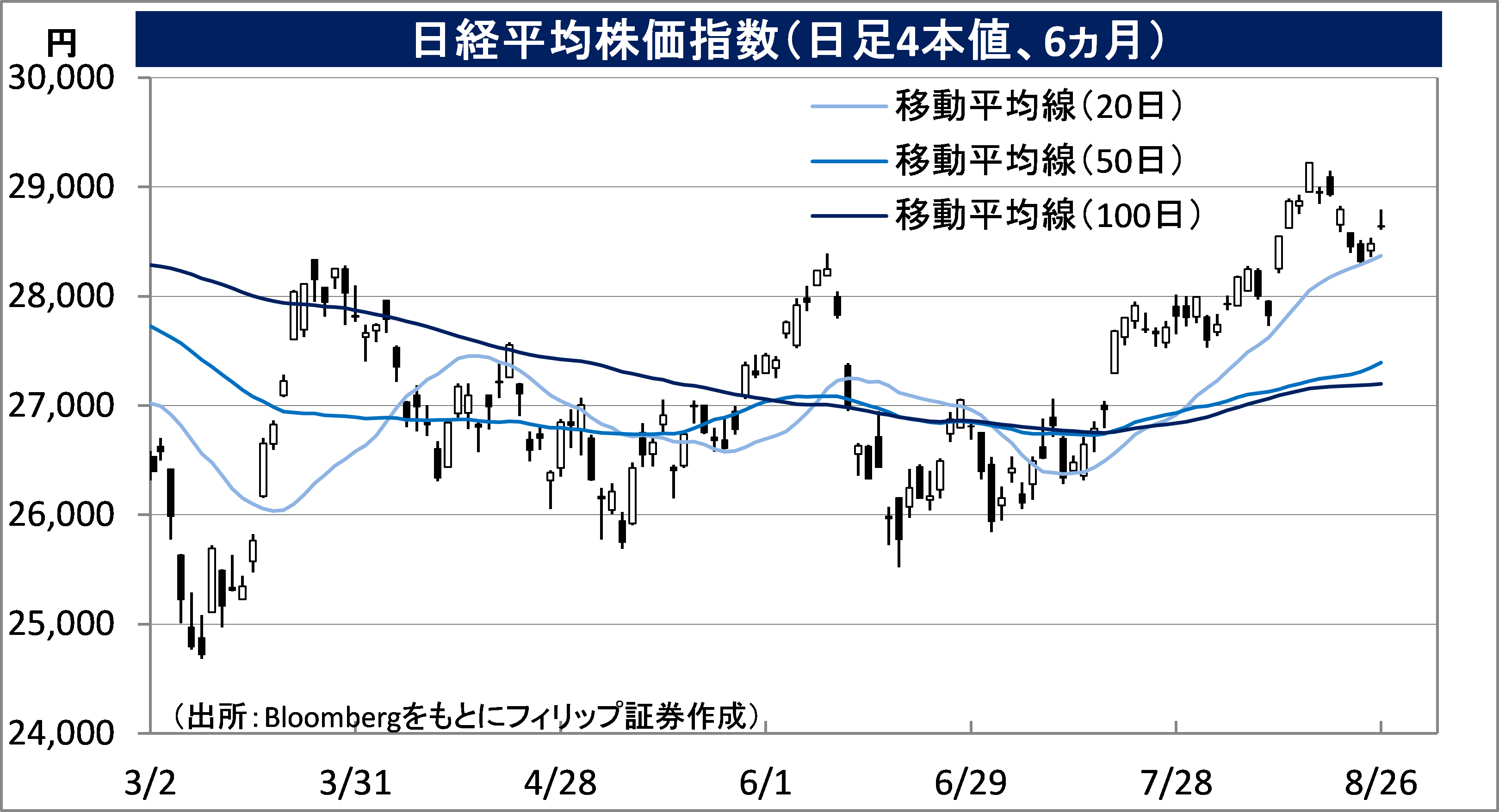 First, the government will further relax its border control measures for Covid-19 from next month onward, raising the maximum number of people entering the country per day from the current 20,000 to 50,000, and allowing those who have completed the third dose of the Covid-19 vaccine to enter the country without undergoing pre-departure tests from their overseas locations. Furthermore, the government has decided to revise the current system for reporting total number of Covid-19 cases in order to reduce the burden on medical institutions and public healthcare centers.

Following these developments, share prices of travel-related stocks, including airline stocks such as Japan Airlines (9201) and ANA Holdings (9202), and department store stocks for which inbound spending is expected to increase, such as J. Front Retailing (3086), Isetan Mitsukoshi HD (3099), and Takashimaya (8233), soared from 23/8 onward. Kyoritsu Maintenance (9616), which operates “Dormy”, student and employee dormitories for foreign students and workers, is also continuing its upward trend.

Second, the policy after the Great East Japan Earthquake, which does not envision the construction of new nuclear power plants, was reversed, and instructions were given to consider the development and construction of next-generation nuclear power plants.  In addition to this, aiming to secure power supply over the medium to long term, the government plans to increase the number of nuclear reactors to be restarted from the current maximum of 10 to a maximum of 17 after next summer. As a result, nuclear power plant-related stocks have been on the move since 24/8.  TEPCO Holdings (9501), which has the Kashiwazaki-Kariwa No. 6 and 7 reactors, which are currently not operating but have passed the Nuclear Regulation Authority’s safety review, Sukegawa Electric (7711), which specializes in thermal control technology and has a strong track record in the nuclear power industry, Japan Steel Works (5631), which manufactures cast and forged steel components (shell flanges) for nuclear pressure vessels, Kimura Chemical Plants (6378), which handles nuclear fuel transportation containers, enrichment-related equipment, and radioactive waste treatment equipment, and Okano Valve Manufacturing (6492), which manufactures valves for nuclear power plants, are all in the limelight.

The persistent semiconductor shortage that has plagued various manufacturers of products from automobiles to smartphones appears to be easing. European automaker Volkswagen said on 28/6 that it will increase production of electric vehicles (EVs) in the second half of this year as a result of easing semiconductor shortages. In addition, according to Nikkei Asia, Samsung Electronics, the world’s largest semiconductor manufacturer by sales, has asked vendors in June to reduce shipments because of ballooning inventories. Increased capital expenditures by semiconductor manufacturers and softening demand due to the lockdowns of Chinese cities are factors that are apparently easing supply shortages of semiconductors in the supply chain. Businesses that have been having reduced profits due to shortages of parts may therefore have an opportunity to improve their performance. 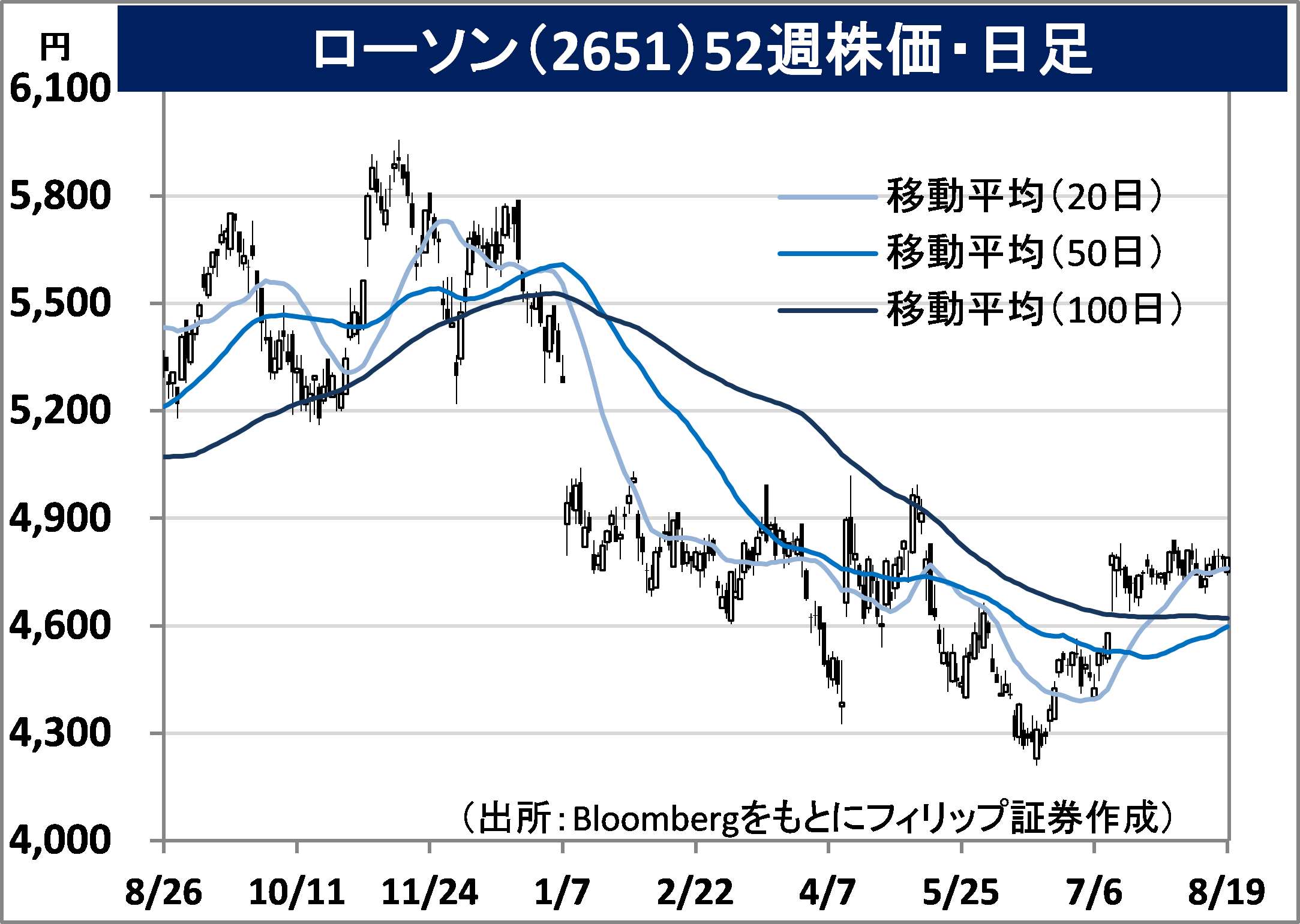 ・For its full year plan, gross operating revenue is expected to increase by 46.6% to 1.024 trillion yen compared to the previous year, operating income to increase by 12.5% to 53.0 billion yen, and annual dividend to remain unchanged at 150 yen.   In the convenience store sector where 7-Eleven is strong, company appears to be facing similar challenges as FamilyMart, which ITOCHU (8001) has taken full ownership of.  The EV (enterprise value)÷adjusted EBITDA multiple, known as the “simplified acquisition multiple”, is undervalued at approximately 2.6 times. Parent-child listings are also attracting attention. ・For 1Q (Apr-Jun) results of FY2023/3 announced on 10/8, net sales increased by 7.4% to 625.86   billion yen compared to the same period the previous year,  and operating income decreased by 12.0% to 49.55 billion yen.  While all four divisions, especially Materials and Business Innovation, posted solid sales growth, operating income in the Healthcare division declined 47.7% YoY due to a shortage of semiconductors and other components in the medical systems business.

・Company has revised its full year plan upwards, taking into account the current exchange rate trend and other factors.  Net sales is expected to increase by 6.9% to 2.7 trillion yen (original plan 2.65 trillion yen) compared to the previous period, and operating income to increase by 8.8% to 250.0 billion yen (original plan 245.0 billion yen).  The May-July earnings announcement on 17/8 by Cisco Systems, the world’s largest US network equipment manufacturer, also showed an easing of the semiconductor supply shortage.  The medical systems business, which had been a drag on earnings, is likely to recover.