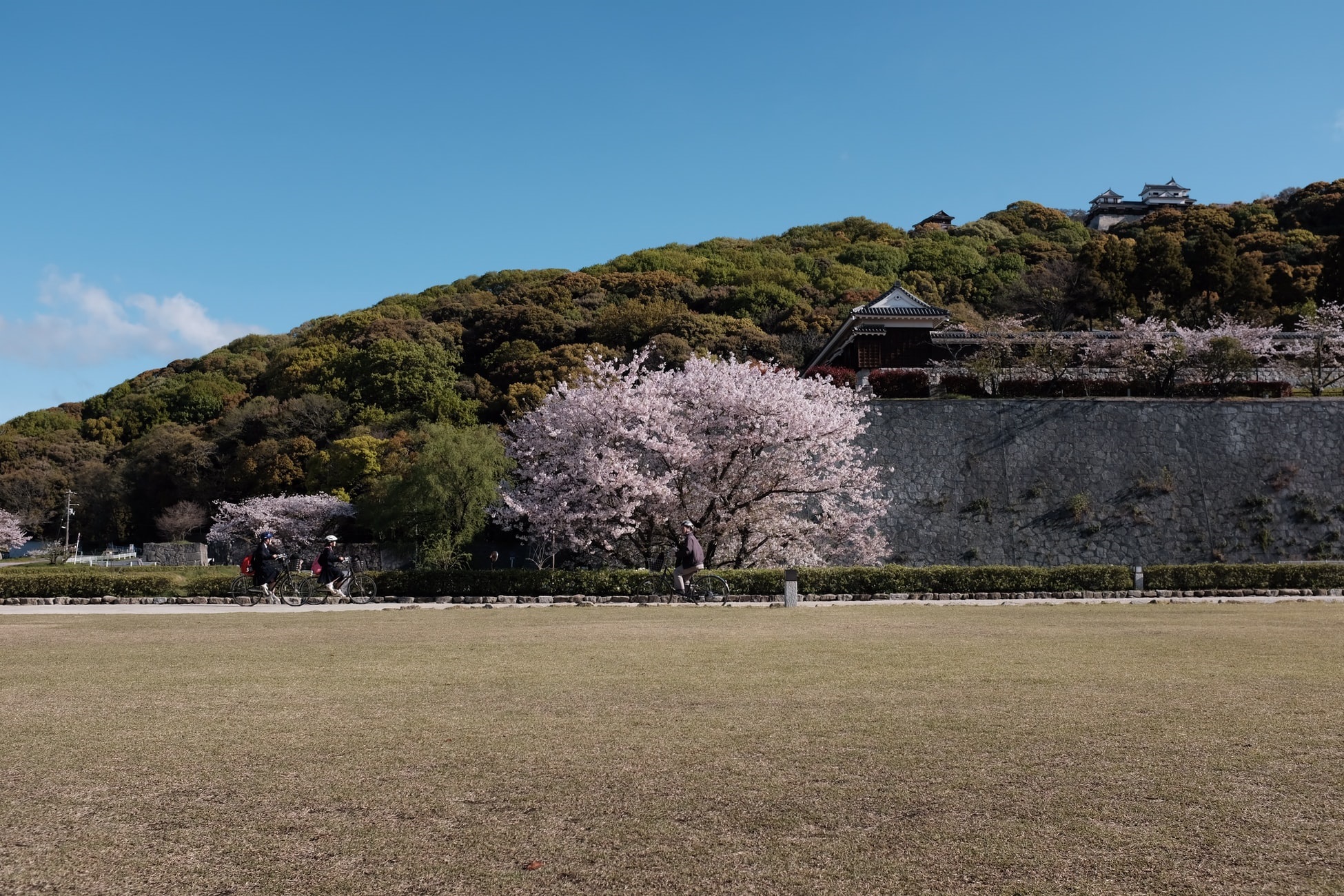 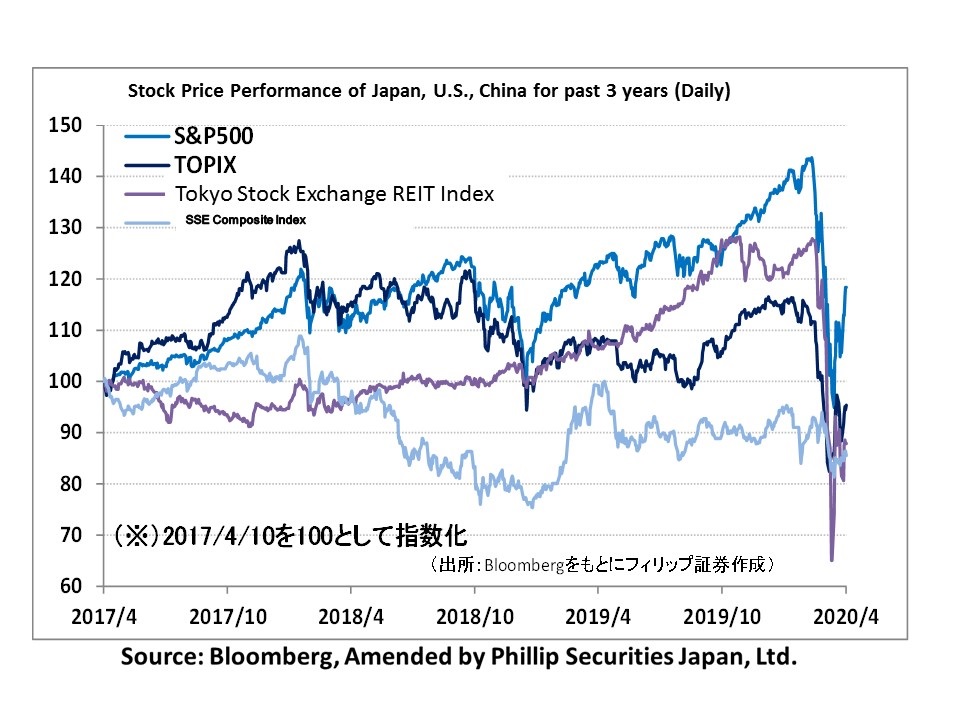 On 7/4, PM Abe declared a state of emergency under the Special Measures Act at the New Coronavirus Response HQ. In Europe and the US, it is common for cities to be locked down and restrictions on outings with fines are imposed.  However, in Japan, there is no lockdown of cities, and the prefectural governors only gained legal support for making requests for people to refrain from going out, but without enforcement.  The Japanese stock market responded positively towards this declaration of a state of emergency, which had been expected to impact the economy negatively.  The closing price of the Nikkei Average on 8/4 increased 403 points over the previous day.  The reason for this may be that the period of the emergency declaration is short, ending on 6/5. Another possible reason is that, with cities not being locked down, the impact on the economy would be minimal.

With concerns that the pace of infection might accelerate owing to the lack of strict measures similar to those in Europe and the US, we are observing a trend of accelerating pace of growth of infections in Japan with the increase in the number of PCR tests.   Foreign investors have been selling Japanese stocks for eight straight weeks until the first week of April.  The month of March, 2020, recorded the largest monthly net selling amount (4.842 trillion yen) since Jan, 2014.  It is not hard to imagine that foreign investors, who are witnessing the current situation in Western countries, became skeptical upon seeing the Japanese government’s hesitation on adopting strict measures, and therefore accelerated their sale.  On the other hand, the number of deaths announced by the Ministry of Health, Labor and Welfare, excluding those returning from charter flights, was only 85 as of 9/4, which is extremely small compared to Western countries.  If this trend continues, foreign investors, who are positioning to sell further, might begin to reassess the relative investment value of Japanese stocks.  The unsettled sales balance of long sales positions related to arbitrage trading of the Nikkei Average in the first week of April was 1.6045 trillion yen, which is the same level as that in 2019/9. We may recall that after 2019/9, buybacks in order to relieve positions related to unsettled sales balance of arbitrage trading of the Nikkei Average had been the driving force behind the rise in market prices until 2020/1.

The results of painstaking R&D efforts by Japanese companies are coming into the limelight.  These include Fujifilm Toyama Chemical’s Avigan, which is undergoing clinical trials as a Covid-19 remedy, and Denka’s (4061) Diethyl Malonate, which is gaining increasing attention as a raw material for Avigan. In an investment climate emphasizing ROE (Return on Equity), priority is placed on efficient earning of profits from the money collected from shareholders.  Therefore, there is a tendency to withdraw from or sell off a business that is not profitable. It may be a traditional Japanese way of thinking that keeps technology or business that is difficult to monetize in the short term, in consideration of its future usefulness.   Going forward, such a management philosophy may become an advantage from an investment perspective. 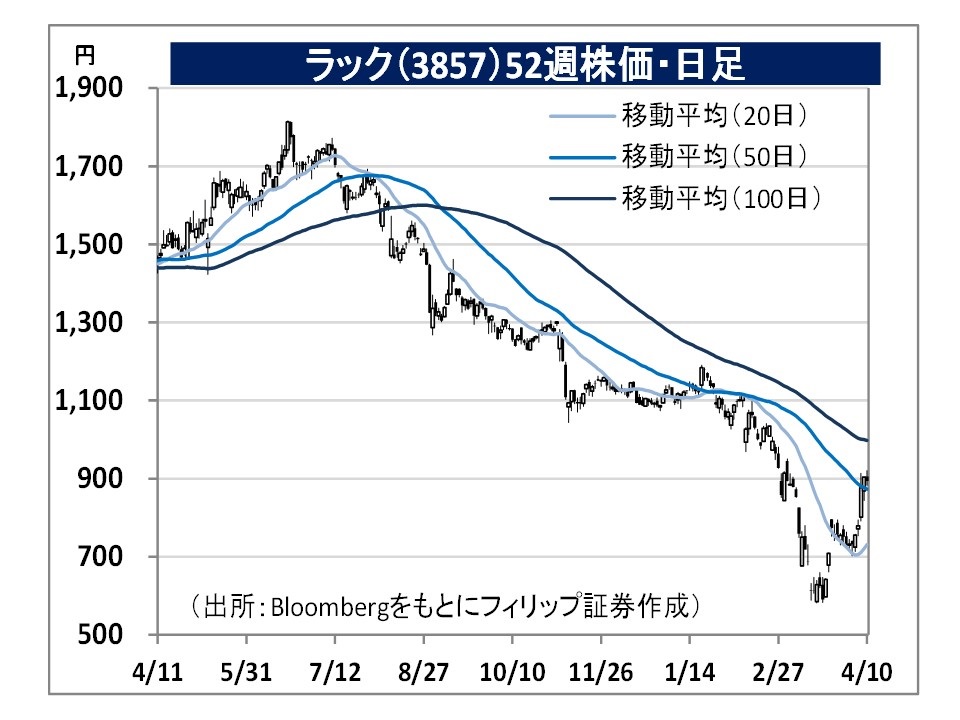 ・Established in 2007 through the management integration of the former LAC and A&I System.  Operates two main businesses, namely the Security Solutions Services (SSS) and the System Integration Services (SIS).

・For 3Q (Apr-Dec) results of FY2020/3 announced on 7/2, net sales increased by 7.5% to 28.81 billion yen compared to the same period the previous year, and operating income decreased by 66.7% to 370 million yen.  Expanding product sales in the SSS business and expanding hardware and software sales in the SIS business had contributed to higher sales. However, profit decreased due to strategic investments such as opening of new bases, and renewal of internal IT systems.

・Company has revised its full year forecast downwards.  Due to delays in the progress of new services and new development projects, net sales is expected to increase by 4.6% to 40.5 billion yen compared to the previous year (original plan: 44.0 billion yen), and operating income to decrease by 30.3% to 1.65 billion yen (original plan: 2.5 billion yen).  Teleworking from home and video conferencing using Zoom, etc., are expanding with the spread of Covid-19 infections.  The resultant increase in security risk will be a push factor for the company. 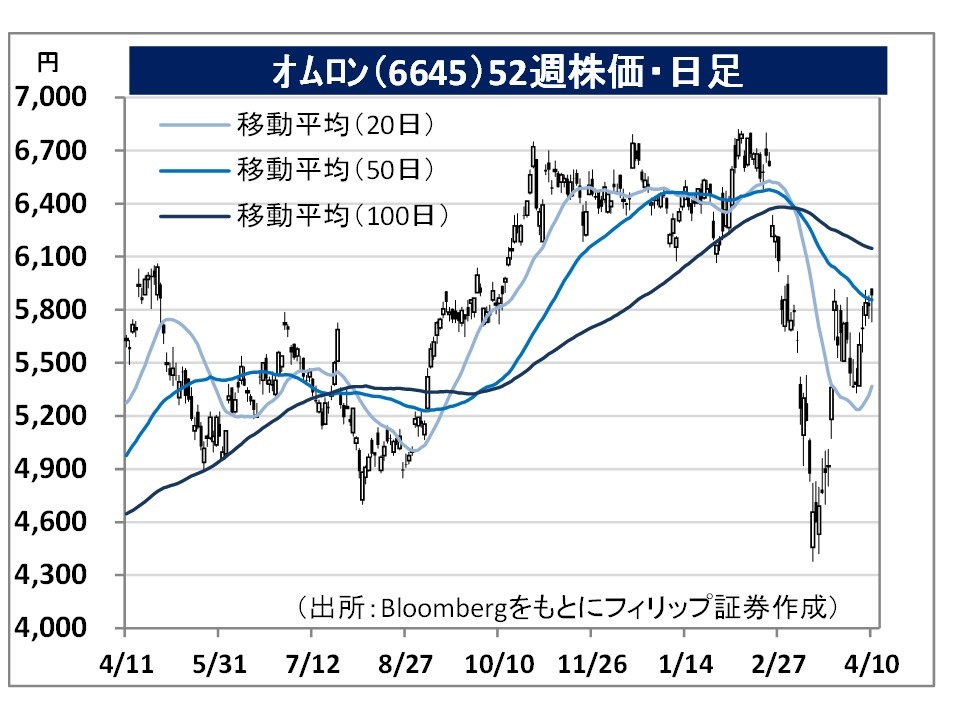 ・Established in 1933 as Tateisi Electric Manufacturing Co. Manufactures and sells a wide range of machinery and equipment, including all fields of industrial automation components and system equipment, as well as social/public equipment/systems and healthcare products.

・For 3Q (Apr-Dec) results of FY2020/3 announced on 29/1, net sales decreased by 7.6% to 498.301 billion yen compared to the same period the previous year, and operating income decreased by 19.1% to 40.098 billion yen. Net income increased due to temporary factors resulting from sale of the Automotive Electronic Components Business. Sales and profits increased in the Social Systems, Solutions and Service Business, but sales and profits declined in the mainstay Industrial Automation and Electronic and Mechanical Components businesses.

・For its full year plan, net sales is expected to decrease by 8.5% to 670.0 billion yen compared to the previous year, and operating income to decrease by 33.1% to 45.0 billion yen. Following the spread of Covid-19 infection, company, which is the leading thermometer manufacturer in Japan, is reported to have started supplying a little less than 60,000 thermometers on a daily basis, which is 70% higher than before.  Preventive measures, with increasing numbers of companies requiring employees to take temperatures before starting work, and elementary and junior high schools requiring similar temperature measurements before entering schools, are expected to contribute to company’s performance.