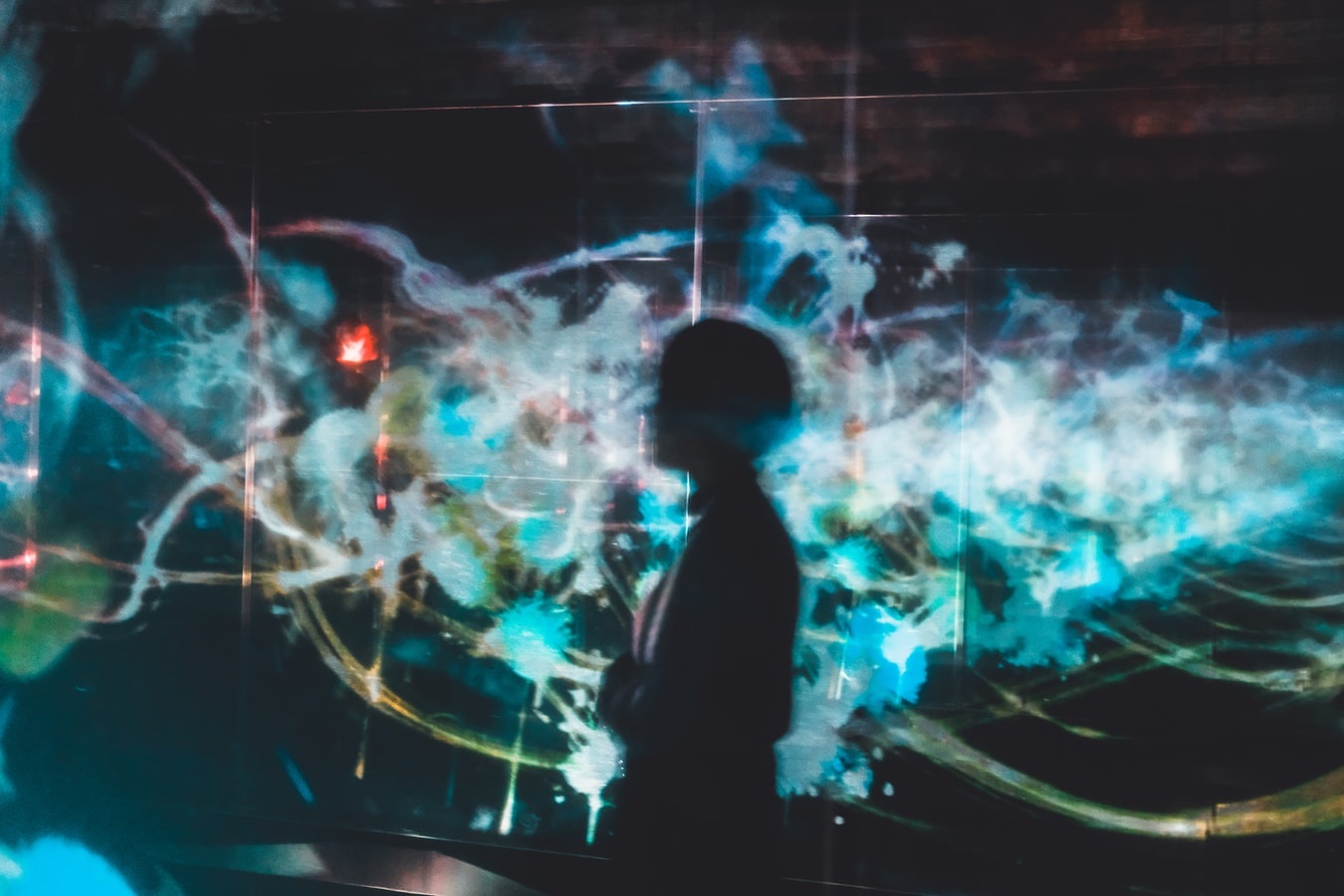 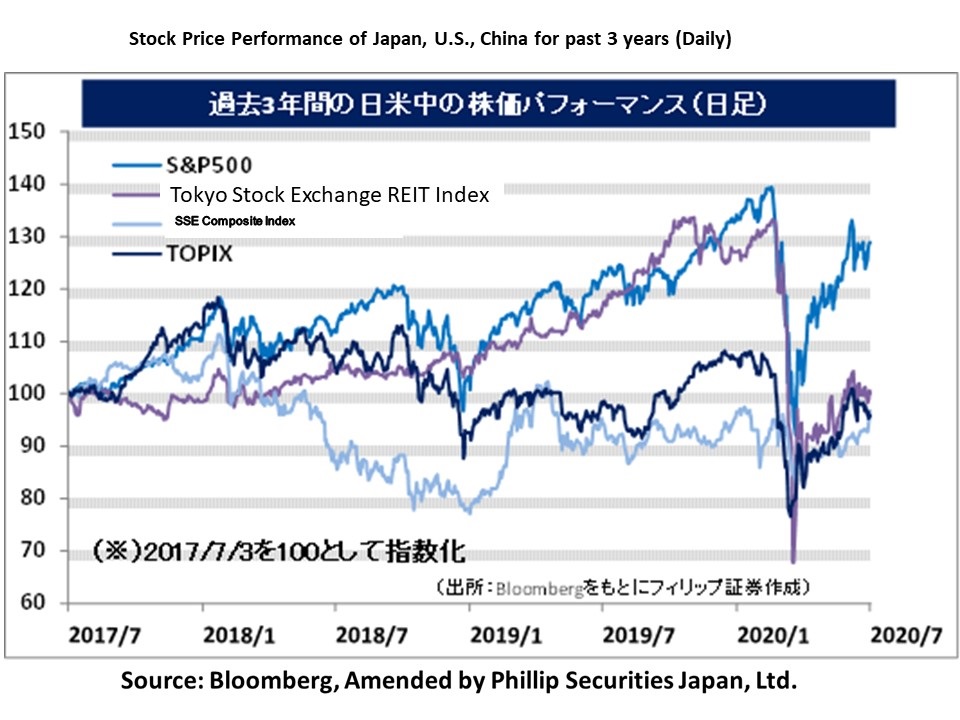 ”NTT Group Strengthens Its Character as a National Company”

The NTT (9432) Group is strengthening its character as a “Japan Union Platformer” undertaking national policy.  Firstly, it was reported that, capitalizing on the Covid-19 infection, the government has begun to amend regulations to promote digitizing of the whole society in connection with the development of next-generation 5G communication structure.   In this regard, it is planning to develop a nation-wide 5G communication infrastructure as it looks ahead to an “IoT” era where everything is connected to the internet.  With the amendment of regulations, the Ministry of Internal Affairs and Communications is planning to support the laying of optical fiber circuits in unprofitable areas and the installation of 5G base stations in non-residential areas.  As a result, we may expect stable demand for telecommunication works such as base station installation and network construction.  We therefore need to pay attention to the telecommunication works industry which is evolving into an oligopoly of three groups, and of which NTT is a major customer.

Furthermore, essential to the digitizing of society as a whole will be the diffusion of cashless payments and digitizing of administrative procedures.   The diffusion of cashless payments requires reduction of payment infrastructure usage fees paid by card companies and financial institutions, and opening of interbank payment systems (Zengin System) to fintech businesses.  As for the digitizing of administrative procedures, there is an urgent need to improve the system related to My Number Card, as seen in the confusion of online applications for special fixed benefit.  Both are viewed as sectors in which NTT’s system subsidiaries are involved.

Next, it is reported that NTT will make a full-scale entry into the renewable energy business by 2030 by establishing its own distribution network using the nationwide telephone network.  Electric power companies have the right to preferentially send electric power from thermal power and nuclear power generation on existing power transmission and distribution networks, and this factor has hindered the diffusion of renewable energy.  We therefore look forward to resolutions on these matters, which will render support to the government’s target of 22-24% renewable energy ratio in 2030. 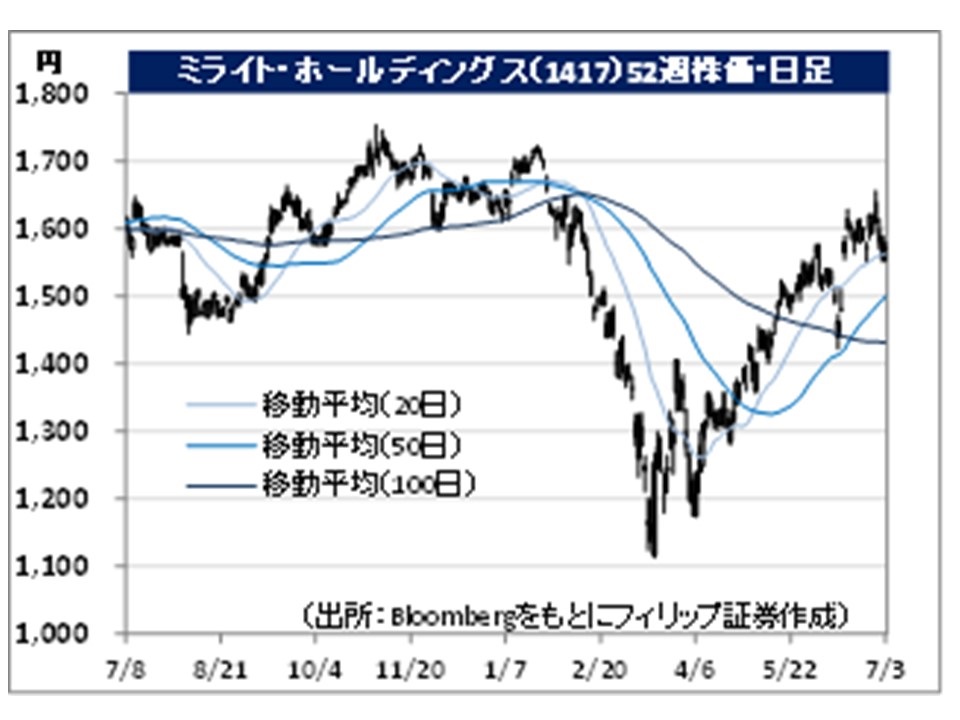 ・Established in 2010 as a joint holding company through the business integration of Daimei, Commuture and Todentsu.  Also integrated with TKK in Sendai in 2018.  The third largest telecommunications engineering company in Japan, mainly for NTT (9432).

・For FY2020/3 results announced on 8/5, net sales increased by 17.4% to 441.166 billion yen compared to the previous year, operating income increased by 6.3% to 21.993 billion yen, and current income decreased by 40.8% to 15.22 billion yen.  Restoration of communication equipment related to natural disasters and constructions related to 4G new spectrum had contributed to higher sales. Current income declined due to the absence of extraordinary gains recorded in the previous year as a result of mergers.

・For FY2021/3 plan, net sales is expected to decrease by 1.4% to 435.0 billion yen compared to the previous year, with operating income remaining flat at 22.0 billion yen.  There were successive mergers among telecommunications engineering companies in 2018, with the industry consolidating into three main companies, namely MIRAIT, Comsys Holdings (1721) and Kyowa Exeo (1951).  The capital and business alliance between NTT and NEC (6701) announced on 25/6 will be a push factor for company, which is a member of the Denden Group, in terms of 5G base station installation work and network construction work. 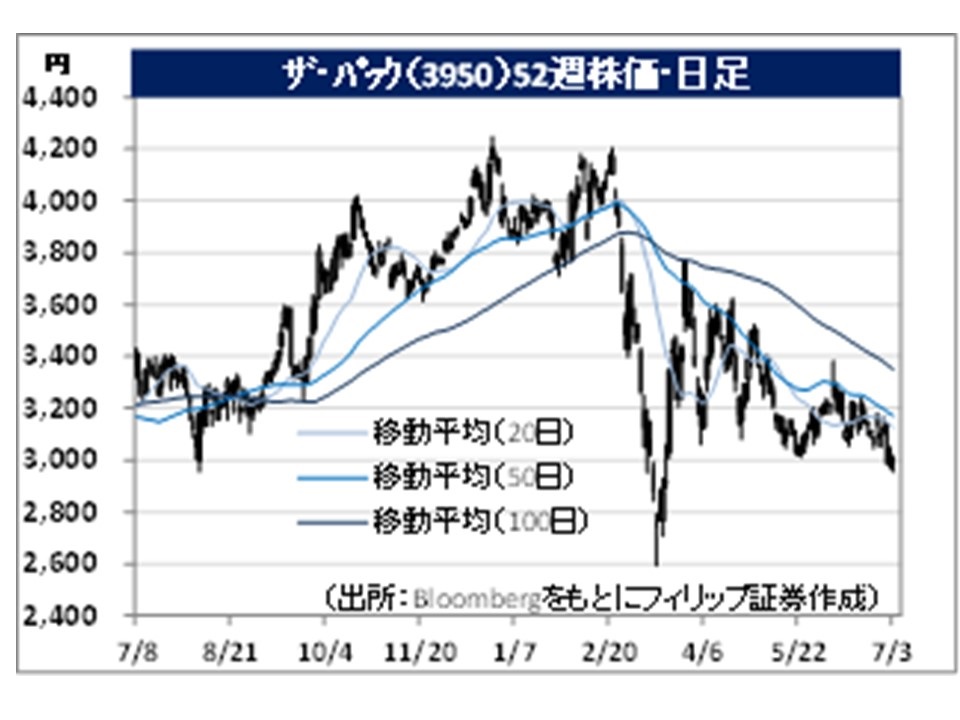 ・For 1Q (Jan-Mar) results of FY2020/12 announced on 8/5, net sales decreased by 7.1% to 19.565 billion yen compared to the same period the previous year, and operating income decreased by 12.1% to 955 million yen.  Sales of paper bags, which accounted for 28% of sales, decreased 16.4% due to a decline in sales in domestic specialty stores and in both the US and China as people were asked to stay home as a result of the spread of Covid-19.

・For its full year plan, net sales is expected to increase by 1.4% to 96.8 billion yen compared to the previous year, and operating income to increase by 2.2% to 7.0 billion yen.  However, due to Covid-19, for 1H (Jan-Jun), net sales were revised down to 34.8 billion yen (original plan: 44.3 billion yen) and operating income to 900 million yen (original plan: 2.6 billion yen).  The use of plastic shopping bags was banned from 1/7 in Jakarta, Indonesia, while plastic bag charge was levied with effect from 1/7 in Japan.  Company is constructing a paper bag production plant in Indonesia.