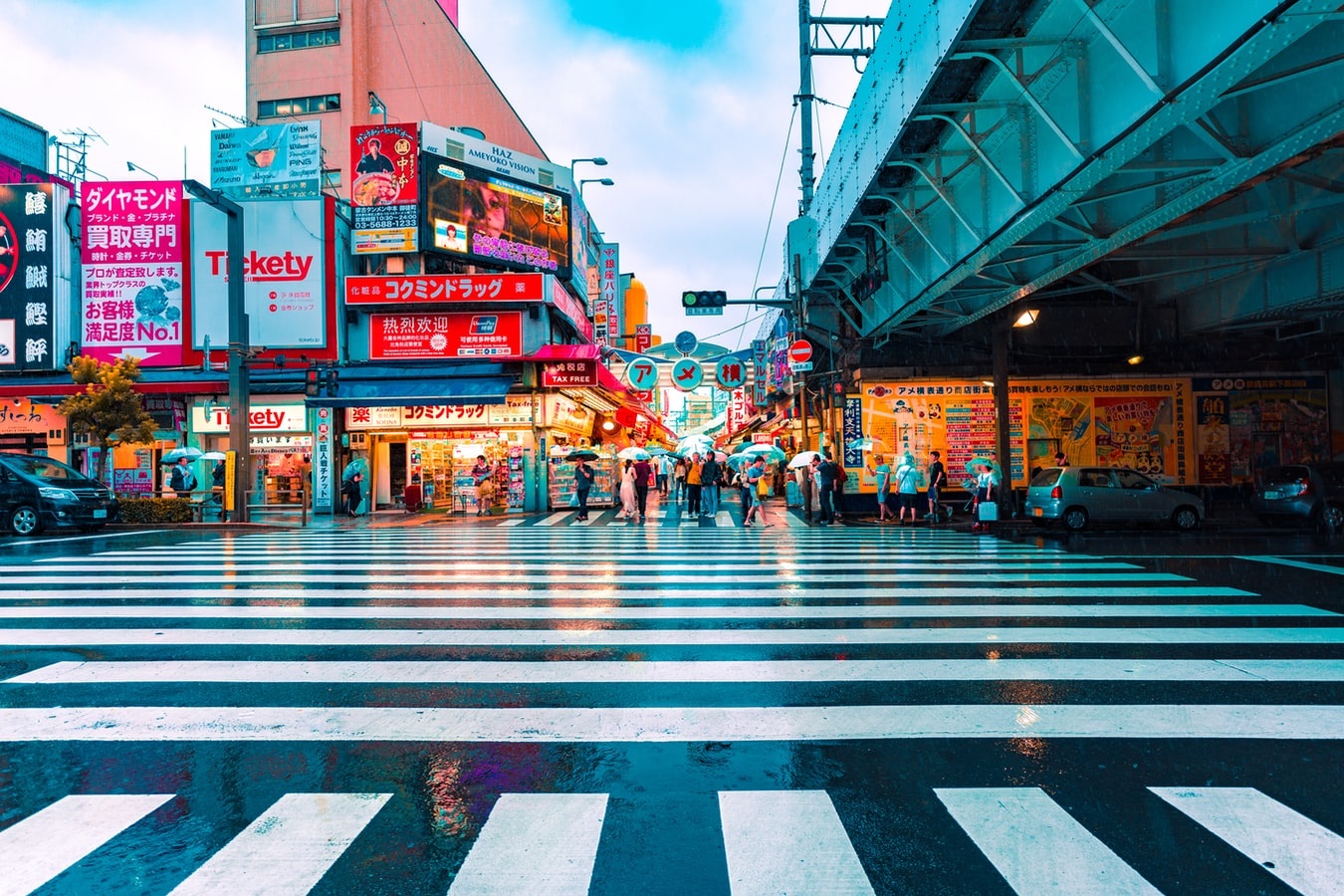 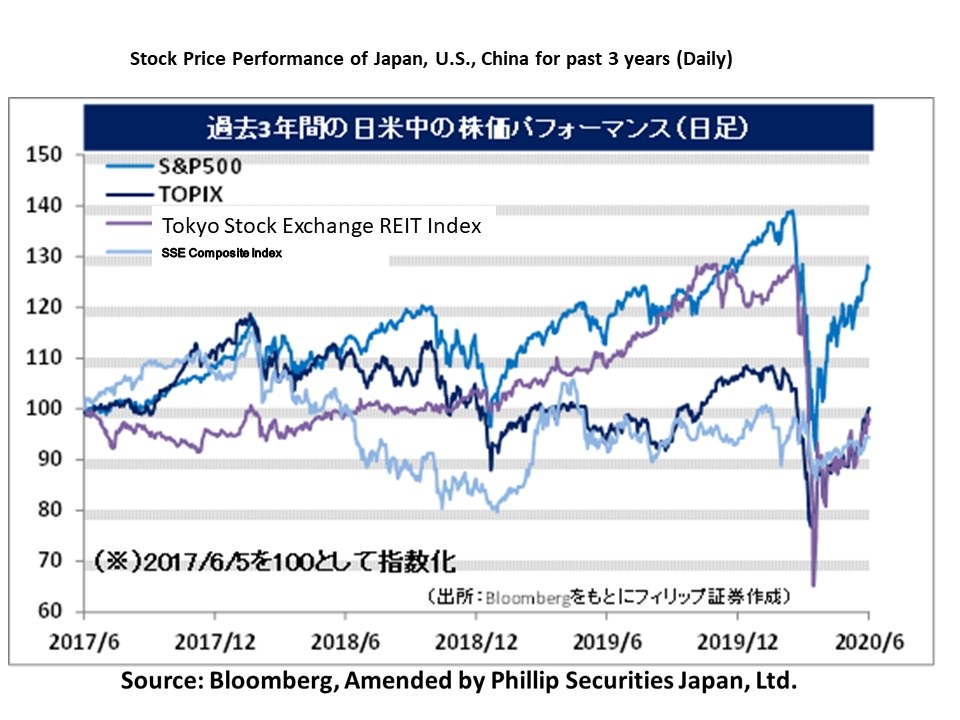 The Nikkei Average of 21,000 points is positioned as an important milestone in market pricing in the medium term.  It reached a high of 20,952 points in June, 2015 before meeting resistance at 20,946 points in August of the same year.  In 2018, in the middle of the down market from late January to March, it dropped to 20,950 points on 14/2 and then rose to 22,502 points on 27/2.  Again, during the down market from early October to late December of that year, it fell to 20,971 points on 26/10 before rebounding to 22,698 points on 3/12.  In that sense, the 21,000 points level is looked upon as an important market level that separates bullish and bearish market conditions.  If an important price level often corresponds to the center or average level of the market range, and if the negative limit of the bear market is the low level of 19/3 (21,000 points minus 4,642 points), then the positive limit of the bull market may be seen as the level with a similar positive price range above 21,000 points.

In addition, the movement from a low of 19,239 points on 8/9 of 2017 to a high of 23,382 points on 9/11 of that year can serve as a reference for the Nikkei Average level of 23,000 points.  After hitting a high of over 23,000 points on 9/11, it was pushed down by strong selling, resulting finally in a low of 22,522 points that day.  Partly due to wild market fluctuations that day, even though it reached the 23,000 points level several times during the period from May to September of 2018, it would always be prevented from rising further due to market selloffs.  In that sense, the Nikkei Average of 23,000 points can be viewed as a price range where upside tends to meet resistance.  However, on the other hand, if it manages to break out of that price range, it may be possible that the surge will accelerate.  It is therefore important to note that the major SQ date (the final settlement date for futures/options trading once every three months), which is set for 12/6, is likely to become such a turning point.

In the current financial markets, US long-term interest rates have risen due to expectations for resumption of economic activity in major countries and improvement in economic indicators, and financing via yen carry trade, which sells yen and raises US dollars, is beginning to revive.  In addition, the Fed’s monetary easing measures have led to a shift in global investment funds from the US dollar to the Euro, currencies of resource-rich countries and currencies of emerging economies.  In particular, the expansion of the ECB’s measures to purchase emergency bonds as a countermeasure against Covid-19 may accelerate risk.  The US employment statistics announced on 5/6 will be important in terms of forecasting the continuation of risks. 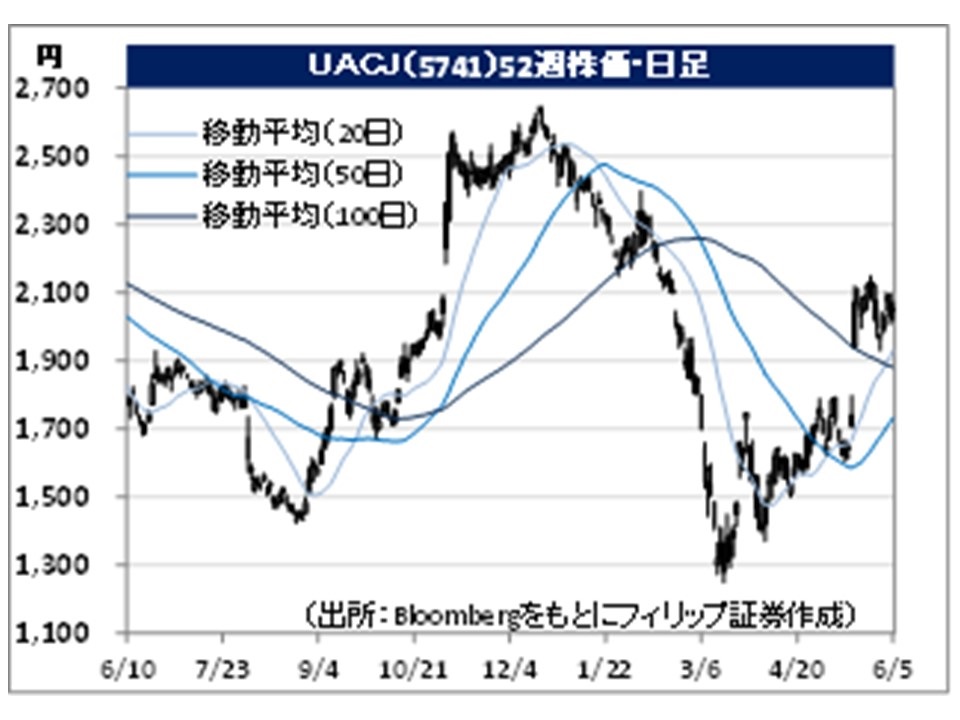 ・Formed in 2013 with the merger of operations of Furukawa-Sky and Sumitomo Light Metal Industries.  Furukawa Electric (5801) is the largest shareholder with a 24.9% stake.  Has the highest rolled aluminum production capacity in Japan, and third in the world after Alcoa and Novelis in the US.

・For FY2020/3 results announced on 19/5, net sales decreased by 7.0% to 615.15 billion yen compared to the previous year, operating income decreased by 31.9% to 10.126 billion yen, and current income increased by 82.6% to 2.038 billion yen.   Sales declined due to a decline in aluminum ingot prices, while operating income declined due to a deterioration in inventory valuation, but current income increased due to the recording of deferred tax assets.

・Company plan for FY2021/3 has not been decided because the impact of the spread of Covid-19 cannot be reasonably determined at this time.  Announced that it is in the process of implementing structural reforms based on the medium-term management plan for FY2018 to FY2020, and will be integrating the three coil center subsidiaries on 1/10.  With increasing global interest in reviewing easily recycled aluminum cans owing to movements away from plastic usage, we can expect market reviews of the stock’s low PBR. 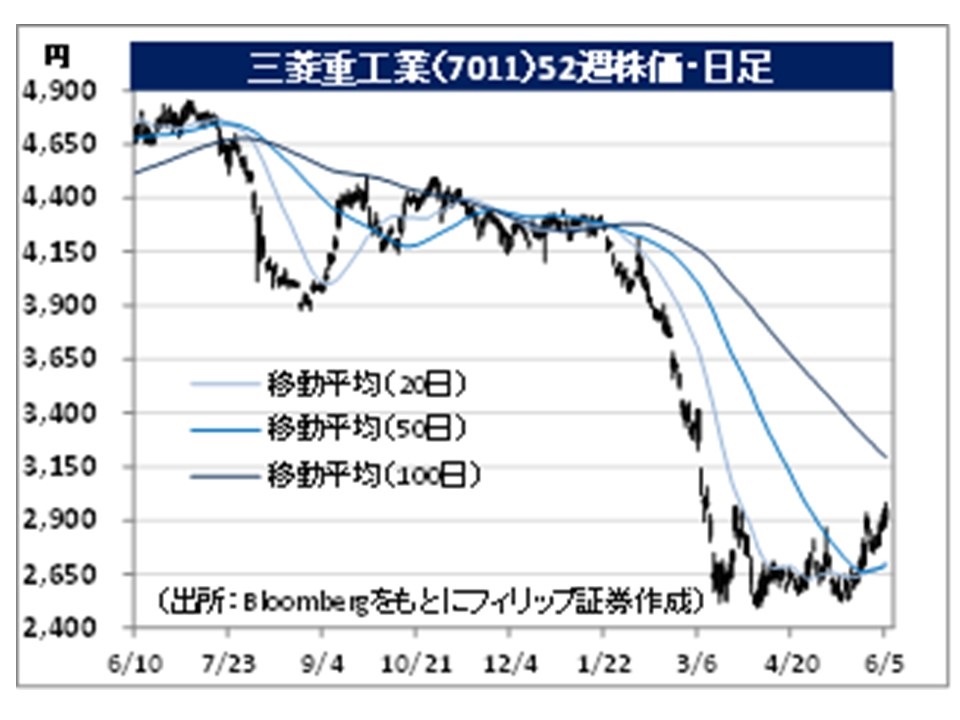 ・Founded in 1884 by Yataro Iwasaki with the opening of Nagasaki Shipyard.  The three main business segments are “Power Systems” including power generation systems, “Industry & Infrastructure” including ships, and “Aircraft, Defense & Space” including aircrafts.

・For FY2020/3 results announced on 11/5, revenue decreased by 0.9% to 4.0413 trillion yen compared to the previous year, and income from business activities turned from a profit of 200.57 billion yen in the previous year to a loss of 29.538 billion yen.  Orders received increased 8.2% year-on-year to 4.1686 trillion yen, but profits were impacted by the recording of the impairment loss of SpaceJet-related assets handled by subsidiary Mitsubishi Aircraft.

・For FY2021/3 plan, net sales is expected to decrease by 6.0% to 3.8 trillion yen compared to the previous year, and income from business activities to recover to zero from a loss of 29.538 billion yen the previous year.  Amid adverse headwinds such as the impact of Covid-19 and the additional cost of the SpaceJet business of 260 billion yen, company is aiming to capture huge demands through lower costs via the development of the next generation domestic rocket “H3”.  We can look forward to company to play a leading role in the “Space Industry Vision 2030” national policy