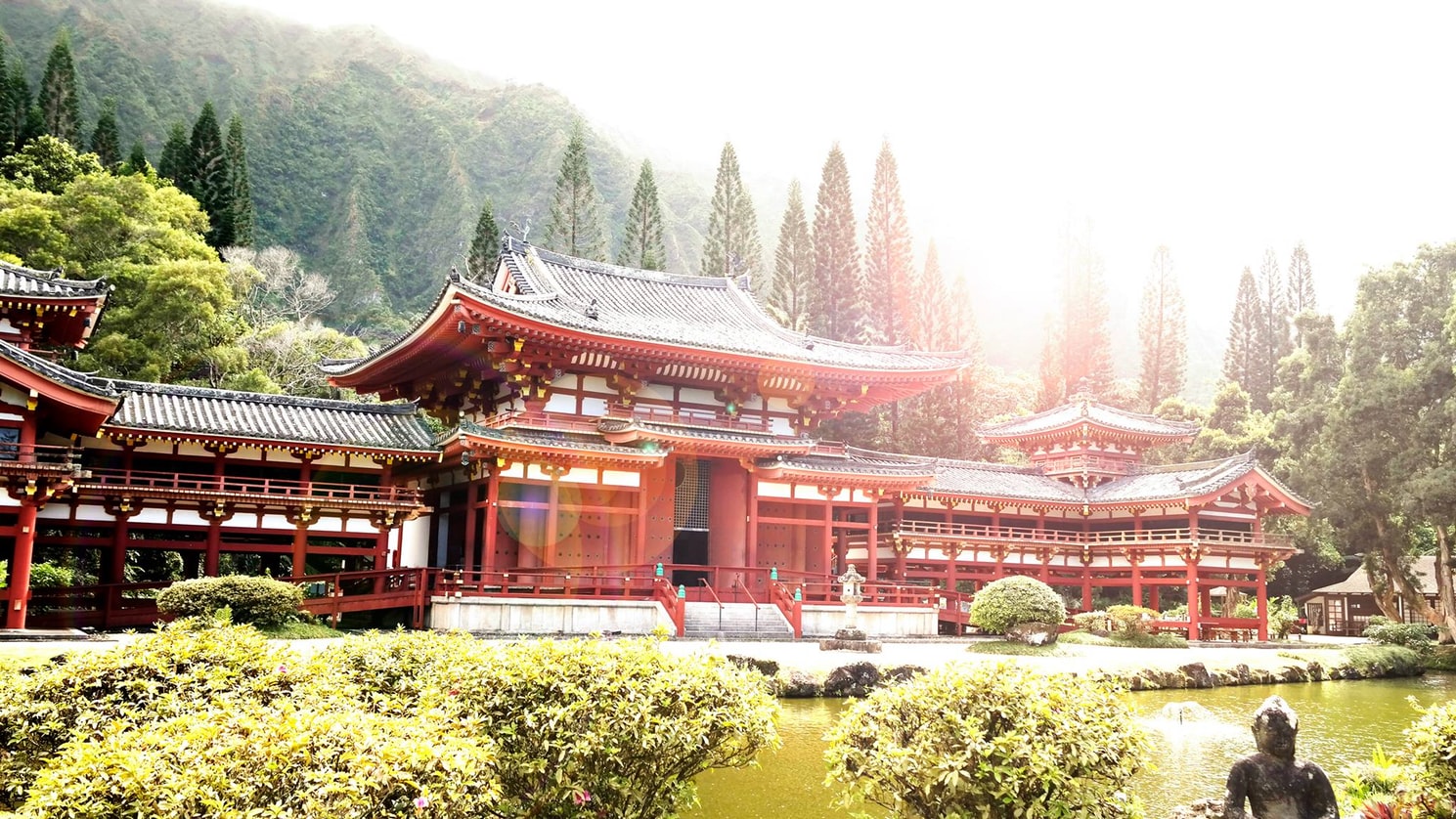 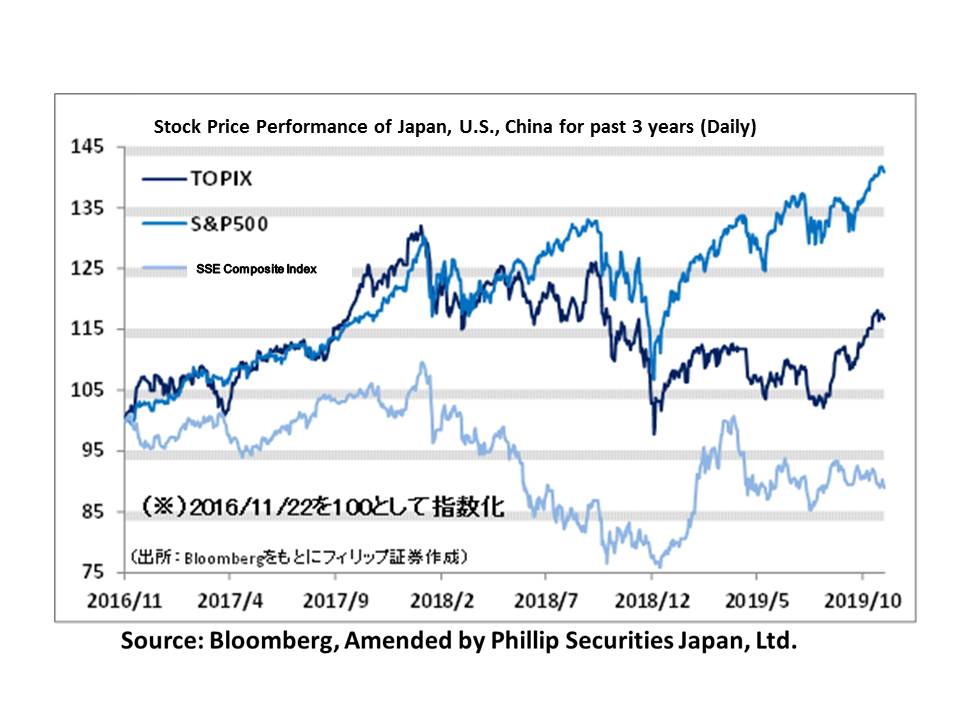 Mega Platform Providers and the Resolution of Parent-Subsidiary Listing

In the Japanese stock market in the week of 18/11, net buying by foreign investors continued for the 7th consecutive week up to 15/11, in addition to the extended positive influence from the supply and demand aspect, such as continued spot buybacks following the relief of positions from the amount of “unsettled selling balance of arbitrage” exceeding the “unsettled buying balance of arbitrage” on 15/11, which caused the Nikkei average to rise until 23,420 points at the start of the week on 18/11. However, the “Hong Kong Human Rights and Democracy Act” was passed unanimously at the US Senate, which saw predictions of a backlash from China regarding the interference into internal affairs that led to concerns of an agreement being reached in the trade negotiations. This caused the Nikkei average to plummet to 22,726 points on 21/11. After which, due to reasons such as China’s Vice Premier Liu He’s positive statement regarding the US-China agreement, the Nikkei average rose to the 23,200 point level on 22/11.

In the week of 18/11, there were 2 major movements which indicated future trends for Japanese stocks. Firstly, on 18/11, the conclusion of a basic agreement on a business merger between Yahoo’s parent company, ZHDS (4689), and LINE (3938) was announced. Yahoo is the nation’s largest portal site, while LINE holds an immense volume of shares in Japan as a communication app. Furthermore, there are also expectations of a merger between fierce rivals in cashless payment, PayPay and LINE Pay. Although there are remaining problems involving competition law, if the merger is finalised, it would likely pose a significant influence on the management strategies of Rakuten (4755), an e-commerce platform provider competitor, and Mercari (4385), a cashless payment competitor. Especially since LINE has strong brand presence in Thailand and Taiwan, they would be competing against Alipay and WeChat Pay, and we can also expect a possibility of them becoming a mega platform provider in Asia.

The next important movement involves the listed subsidiary, Mitsubishi Tanabe Pharma (4508) of parent company Mitsubishi Chemical Holdings (4188), becoming a wholly-owned subsidiary. In terms of corporate governance and from the parent company’s point of view, the resolution of parent-subsidiary listing is considered desirable from the perspective of enhancing ROE by incorporating minority interest as well as the selection and focusing of businesses. The market capitalisation of Mitsubishi Chemical Holdings is lower than the total market capitalisation of their 2 listed subsidiaries, which has seen the phenomenon of a parent-subsidiary reversal. Also, in terms of handling environmental issues, the chemical business tends to view plastic products, etc. in an unfavourable light, and growth prospects are slim. We may see an increase in movements in the future where parent companies who handle businesses with poor growth prospects, deciding to fully own their subsidiaries in order to tap into growth of the businesses carried out by their subsidiaries. 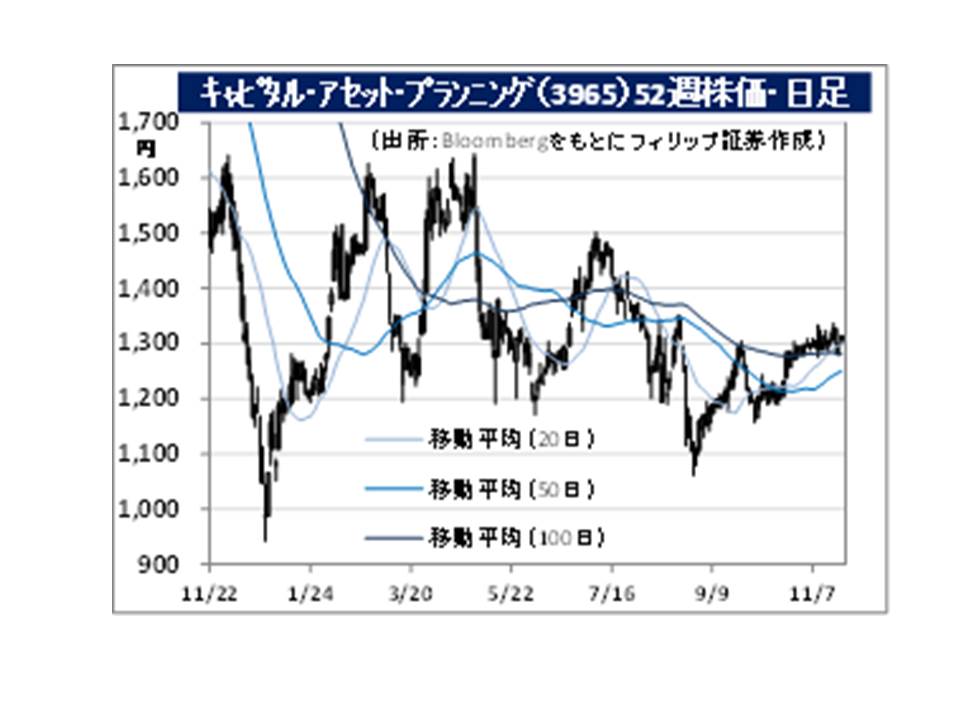 ・Established in 1990. Provides optimized work process systems in the financial retail business for financial institutions, etc. Their main services involve the retail flow and business management for life insurance companies as well as asset advice functions for the wealthy.

・For FY2019/9 results announced on 8/11, net sales was 7.29 billion yen (company plan: 7.2 billion yen) and operating income was 625 million yen (company plan: 590 million yen) (Comparison with the same period the previous year was not included as the company prepared their consolidated financial statements from FY2019/9.). Development and retail of integrated asset formation advice systems for non-financial institutions in addition to systems for life insurance have performed strongly.

・For its FY2020/9 plan, net sales is expected to increase by 12.5% to 8.2 billion yen compared to the previous year and operating income to increase by 13.6% to 710 million yen. Company is currently focusing their efforts on SaaS-based continuous billing businesses involving life plan app integrated platforms. Profit margin is expected to increase if it popularises in local financial institutions, securities companies and accounting firm networks, etc. There is also a forecasted increase projects being entrusted for life insurance. Attention will likely be on them as a prospective fintech stock. 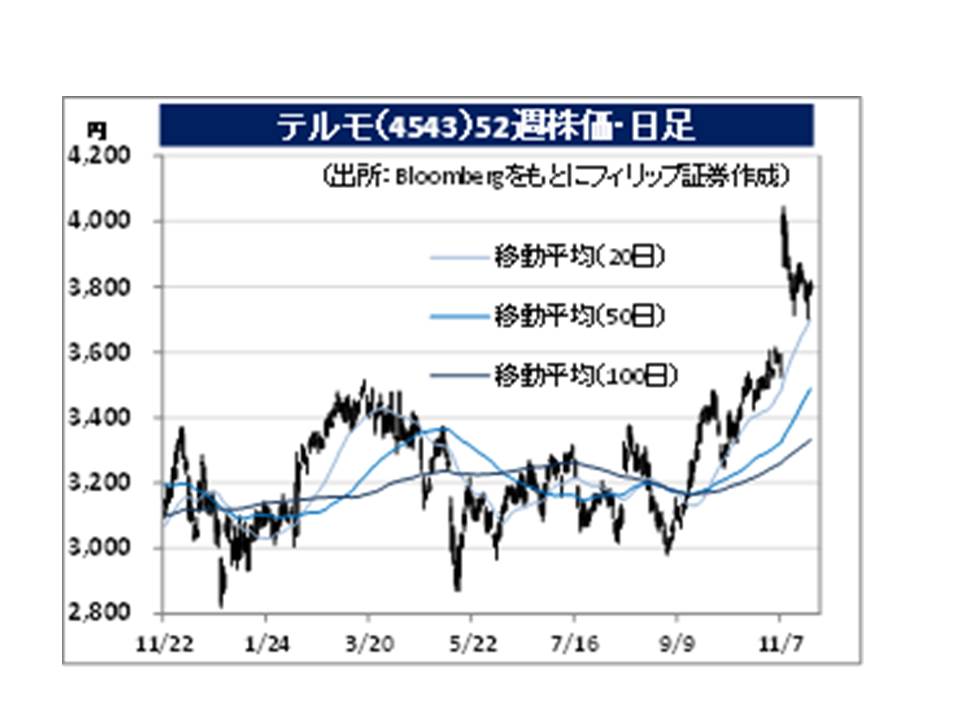 ・Founded in 1921 for the purpose of manufacturing thermometers in Japan due to a stop in thermometer imports as a result of WW1. Carries out the manufacture and retail of various disposable medical equipment, pharmaceutical / nutritional foods, blood bags, artificial cardiopulmonary systems, catheter systems, artificial blood vessels, the peritoneal dialysis-related, blood sugar measurement systems, ME equipment and electronical thermometers, etc. Has expanded to over 160 countries.

・For 1H (Apr-Sep) results of FY2020/3 announced on 7/11, sales revenue increased by 7.8% to 307.278 billion yen compared to the same period the previous year, operating income increased by 24.3% to 59.15 billion yen and net income increased by 32.7% to 45.711 billion yen. Their cardiovascular company has performed strongly, and the launch of direct sales of stent grafts and the cerebral aneurysm sac device, “WEB”, served as the driving force. A double digit growth was also observed in the TIS business.