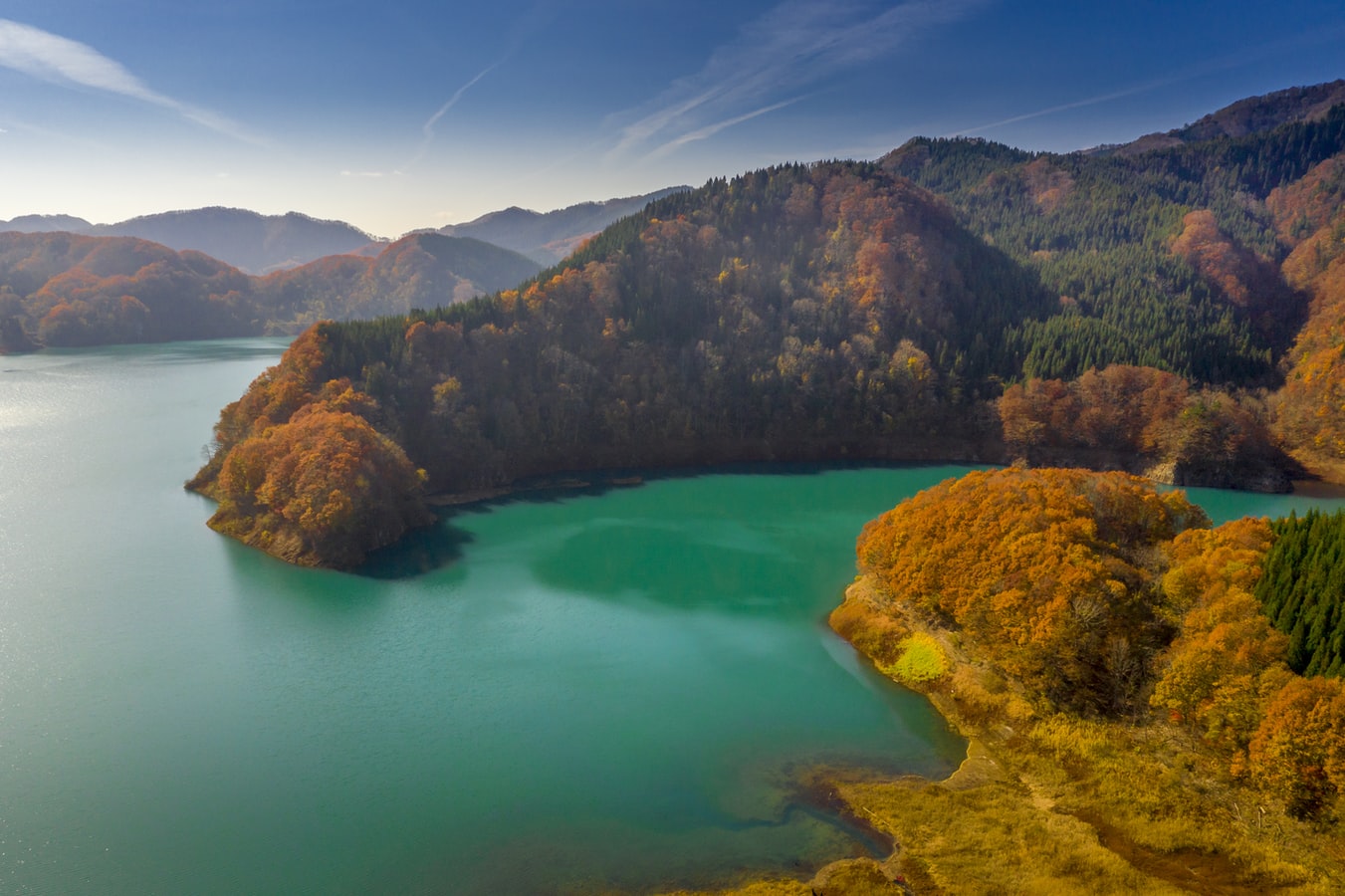 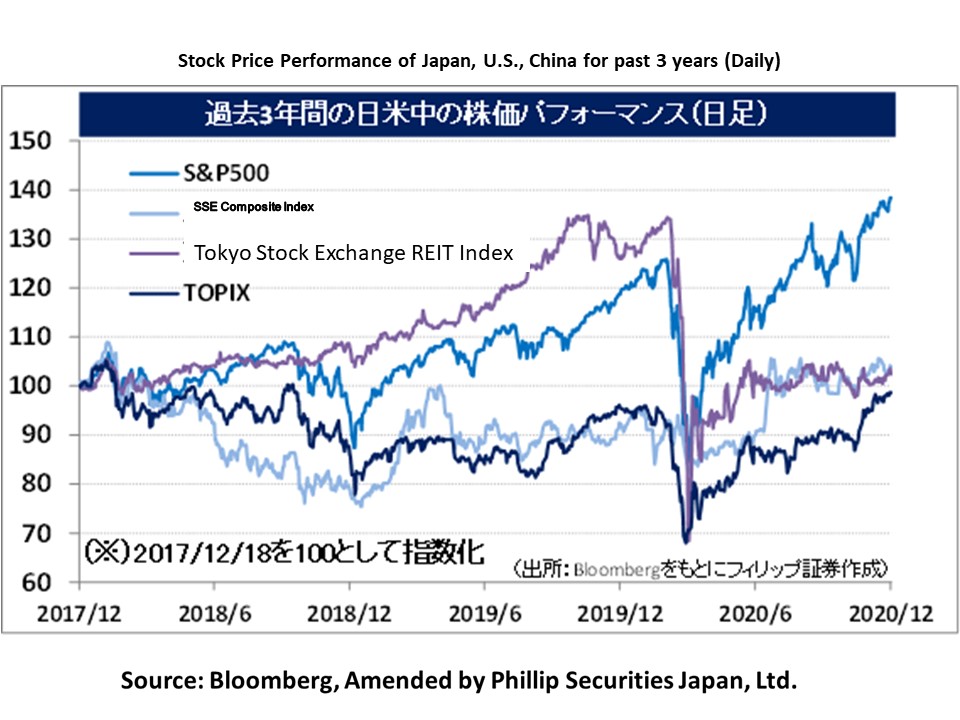 With major U.S. stock price indices renewing their record highs, the Nikkei average has been performing strongly at the 26,600-26,800 point level even after the “Major SQ date” (11/12), where there is an overlap of the dates for calculating the SQ values which involve the final settlement of stock index futures and options trading. With the U.S. FRB continuing their pace of purchasing 120 billion dollars of bonds a month, as of end November this year, it has not surpassed the balance sheet to GDP ratio of 34%, which shows plenty of room for quantitative easing even when compared to the European Central Bank’s 61% and the Bank of Japan’s 133%. It is predicted that the supply of USD, which is a key currency, will continue to rise in the future as well.

On the other hand, the cryptocurrency, Bitcoin, is designed such that its maximum quantity to be issued is 21 million, and the increase in the quantity to be issued in the “halving” in May this year was limited to 2.625 million, which is half of the remaining quantity up to the maximum when compared to the existing 15.75 million. In the next halving which is 4 years later, it has been decided that the quantity issued will only increase by 1.3125 million, and the pace of the supply increase is being managed on a program. If there are supply limitations such as this, we can say that there is a high chance of market prices increasing depending on trends of demand.

U.S. futures exchange, CME, which listed water futures on 7/12, expressed their viewpoint that “two-thirds of the world’s population will face a water shortage by 2025 due to global warming and a population increase”. Although it is predicted that the growing severity of the water shortage will support the growth of water resources, on the other hand, it also leads to a worsening of health due to a worsening in the sanitary environment, as well as a food crisis due to the decrease in grain production quantity. From the perspective of reducing greenhouse gas emissions, current targets to lookout for in the stock market are electric cars (EV) and power control technologies and materials, etc. which support them, however, it is likely that there will be an increase in the value of existence of corporations possessing technologies that involve securing the supply of water resources.

Other than these, markets handling commodities and products where its supply is unable to keep up with its demand can turn out to be targets of stock investment. Amongst them, perhaps targets for mid and long-term investment will be markets that require a period to increase production, such as aged whisky, which require many years and months to mature, or those with high barriers for entry, such as measurement equipment for communications, which require communication between their business partner manufacturers by signing a non-disclosure agreement from the initial stages of development.

After the U.S. presidential election, there has been an increase in the influx of funds to emerging countries following a depreciation of the USD and the recovery of commodity markets. Changes such as in lifestyle and the style of eating habits, etc., as well as an increase in consumer spending due to an increase in income levels are predicted for emerging markets, which include India with a population of approx. 1.35 billion and Indonesia with a population of approx. 270 million, etc. It is likely that there will also be an increase in people becoming familiarised with foreign cuisines who dine out “after COVID-19”. In addition, it is predicted that there will be a rise in lifestyle-related diseases, such as diabetes (type 2), etc., and it is believed that there will be an increase in demand for artificial pancreases and artificial kidneys, etc. 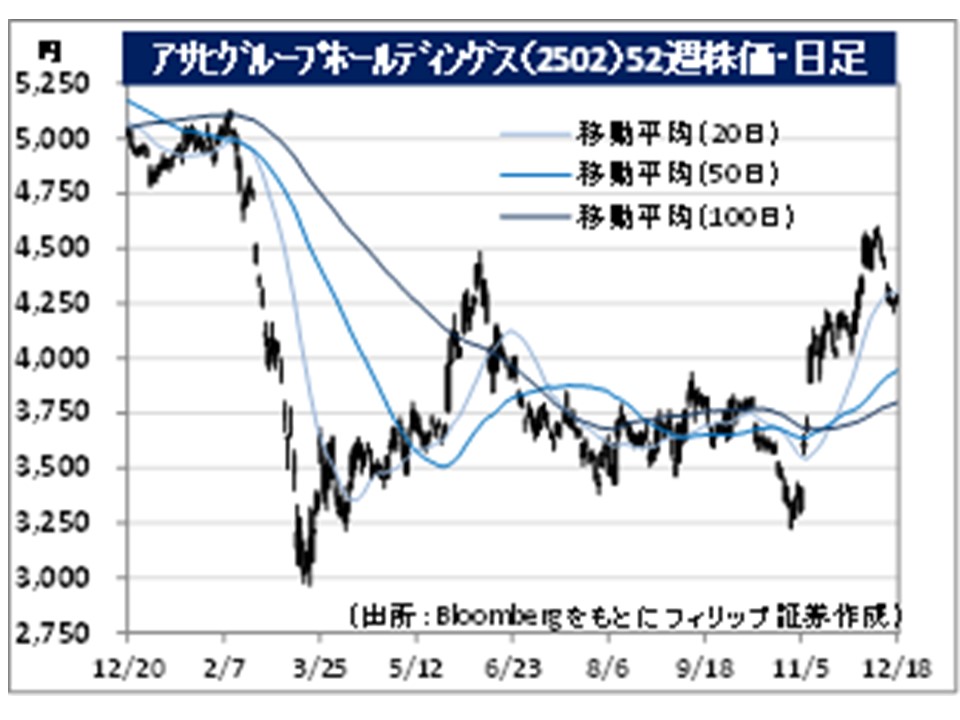 ・For 9M (Jan-Sep) results of FY2020/12 announced on 5/11, sales revenue decreased by 5.1% to 1.4713 trillion yen compared to the same period the previous year and operating income decreased by 19.6% to 130.901 billion yen. Despite a recovering trend from the COVID-19 catastrophe after hitting bottom in the Apr-Jun period, stagnation in the food service industry in various countries around the world and the continued impact from the self-restraint from going outdoors have affected, which led to a decrease in sales and income.

・For its full year plan, sales revenue is expected to decrease by 3.9% to 2.7 trillion yen compared to the previous year and operating income to decrease by 31.0% to 147 billion yen. Following the global rise in praise for domestically-produced Japanese whisky in recent years, bottle prices for “Taketsuru”, “Yoichi” and “Miyagikyo”, etc. sold and manufactured by their subsidiary, Nikka Whisky Distilling, have skyrocketed. Since it requires 10 or more years in order to manufacture aged whisky, it is believed that the current insufficiency in supply will continue. 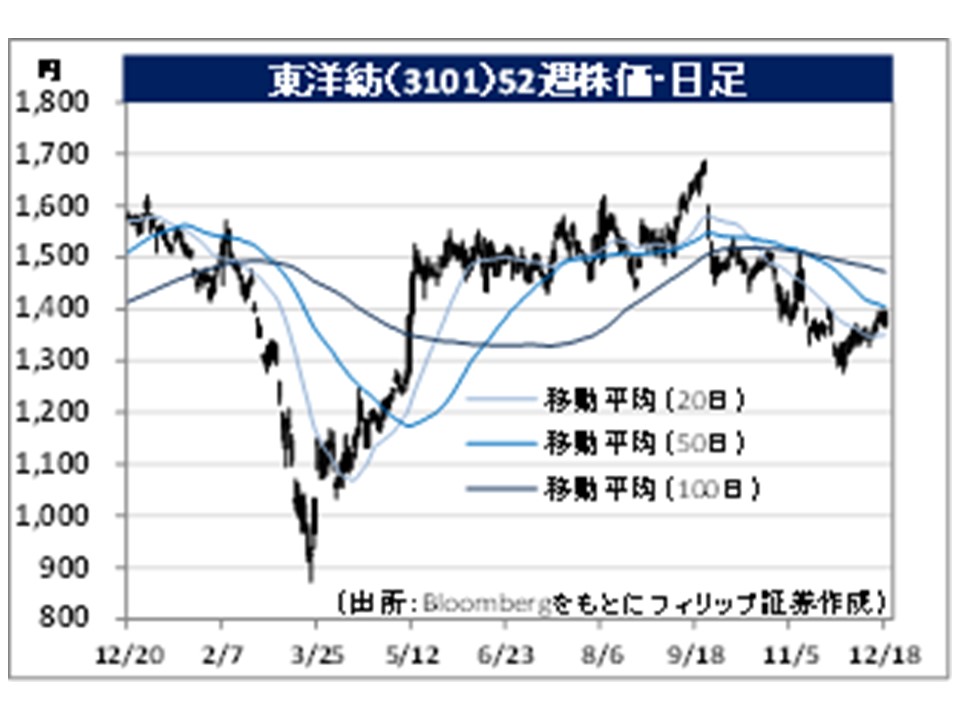 ・Started as Osaka Boseki Company based on a yarn spinning business plan by Eiichi Shibusawa in 1882. In addition to their mainstay the film and functional resin business, they run the industrial materials, healthcare, fibres and trading, real estate and other businesses.

・For 1H (Apr-Sep) results of FY2021/3 announced on 9/11, net sales decreased by 4.5% to 157.507 billion yen compared to the same period the previous year and operating income decreased by 6.2% to 10.42 billion yen. Despite the liquid crystal polarizer protective film, “COSMOSHINE SRF”, and the detection kit and reagent used for the COVID-19 PCR test performing strongly, the worldwide decrease in automobile production and slump in consumerism have affected.

・For its full year plan, net sales is expected to decrease by 2.8% to 330 billion yen compared to the previous year and operating income to decrease by 12.3% to 20 billion yen. On 7/12, U.S. futures exchange, CME, newly listed the “Nasdaq Veles California Water Index” futures. With concerns of a global water shortage in the near future, shares of a large-scale seawater desalination plant, which uses the company’s product, “HOLLOSEP”, which employs a reverse osmosis membrane (RO membrane), accounts for approx. 50% of the Gulf Cooperation Council and even approx. 20% worldwide.