Japan-Weekly Strategy Report “ Looking Back at the Week Where a Storm Raged Due to Monetary Policies ” June 21, 2022 40 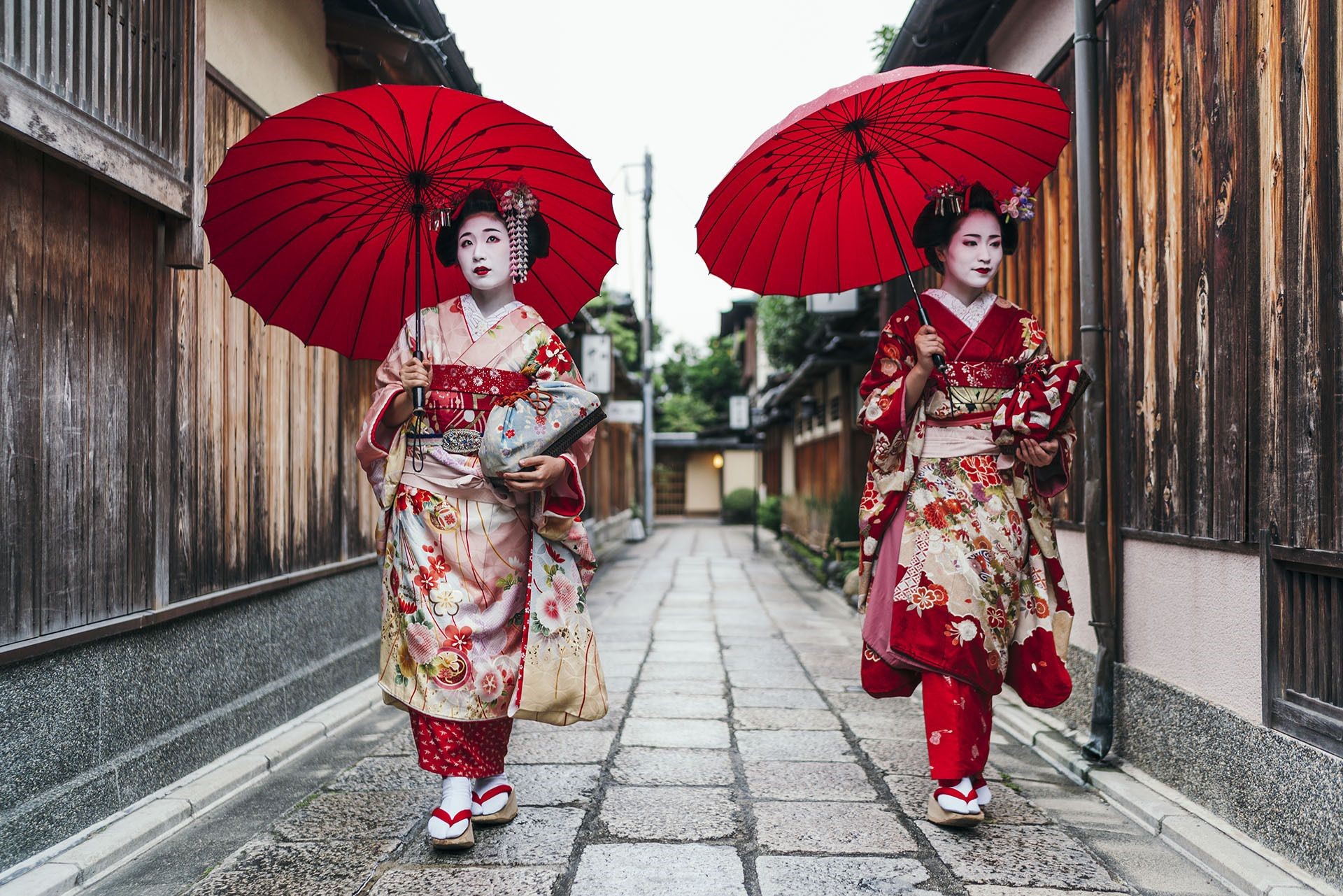 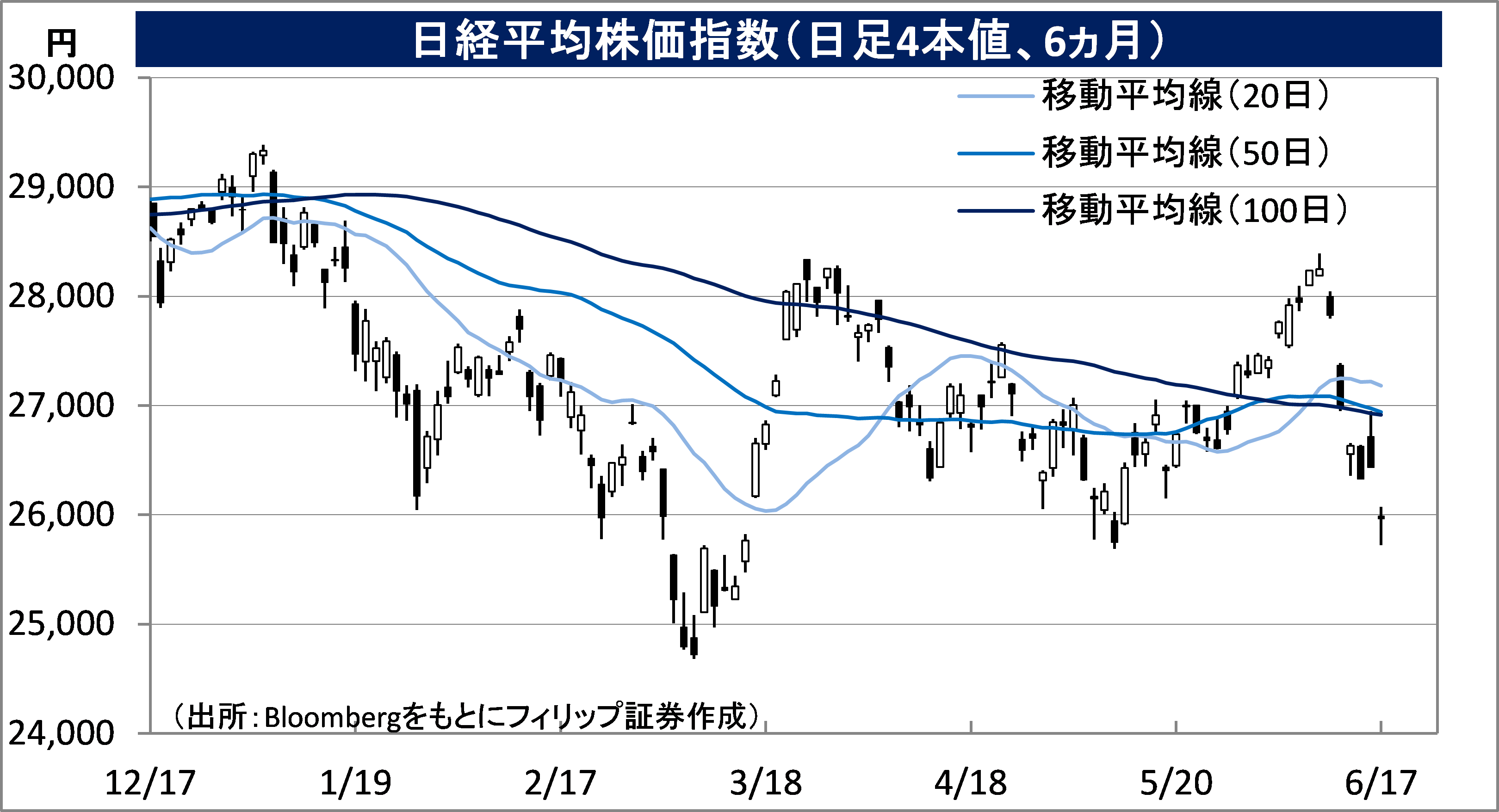 It was a week where a storm ravaged the Japanese stock market. It was a situation where the storm began from the U.S. Consumer Price Index for May announced on the 10th having an 8.6% increase year-on-year, which was a high growth last since 40 years and 5 months ago.

Prior to the U.S. Federal Open Market Committee (FOMC) statement announcement on the 15th, although the probability of a 0.75% interest rate hike was in the 20% range until the 10th in “FedWatch” (forecasted probability of an interest rate hike calculated by the CME Group based on futures market data of the FF rate which is the U.S. policy interest rate), it jumped to the 90% range in the beginning of the week from 13th onwards. Furthermore, the forecasted probability of an additional 0.75% interest rate hike at the FOMC as well which is to be held in late July also rose to the 90% range. First, an ad hoc meeting of the European Central Bank (ECB) Governing Council was held on the 15th. Due to the increase in the yield spread of southern Europe, such as Italy and Germany’s government bonds from the decline in the bond market, as a countermeasure, there were movements to slow down the speed of one-sided monetary tightening, such as by flexibly carrying out reinvestment of assets owned which have been purchased via a quantitative easing policy.

Although a large additional rate hike of 0.75% has been decided at the U.S. FOMC on the 15th, due to U.S. FRB Chair Powell’s remark at the conference on “it likely being 0.50% or 0.75% in July the next round, and 0.75% being unusual”, there was a scenario of a temporary lead in buybacks from the emergence of a sense of relief on it not being hawkish to an extent where the market was wary. Up to this point, it was led by an aspect of having expectations that “perhaps a one-sided hawkish trend would loosen a little”.

However, on the 16th, the Swiss National Bank central bank raised their existing policy interest rate by 0.5 points from -0.75% to -0.25%, which was deemed a “dovish” example to drive quantitative easing that matched the Bank of Japan. This spurred global monetary tightening and the risk off trend officially resumed after the end of trading in the Tokyo Stock Exchange on the 16th. In response, for the Japanese stock market on the 17th, the Nikkei average also ended up falling under 26,000 points, which was a decline of more than 9% from the high on the 9th last week.

With the existence of overseas hedge funds becoming public which have short commitments of Japanese government bond futures that anticipate the likelihood of a policy revision by the Bank of Japan, at the Monetary Policy Meeting for the results announcement on the 17th, it was decided by a majority vote to continue the existing quantitative and qualitative monetary easing policy with long and short-term interest rate control. If the long-term interest rate stabilises at a low level while there is a forecasted acceleration in inflation, there will be an increase in a negative real interest rate (yield after subtracting the expected inflation rate from the nominal interest rate), which is beneficial for investment. If accompanied by a depreciation in the yen, it is expected that it will be even more favourable for stock investment.

Ahead of Japan’s House of Councillors election’s public announcement on 22/6 and the voting and counting on the 10/7, following the Basic Policy on the plan to execute the “New Form of Capitalism”, there is a need to pay attention on aspects of successive policy announcements that focus on long-term political power after the election, such as movements involving the establishment of the “Cabinet Secretariat infectious disease crisis management agency” and the conclusion of the bill to establish the “children and families agency”. 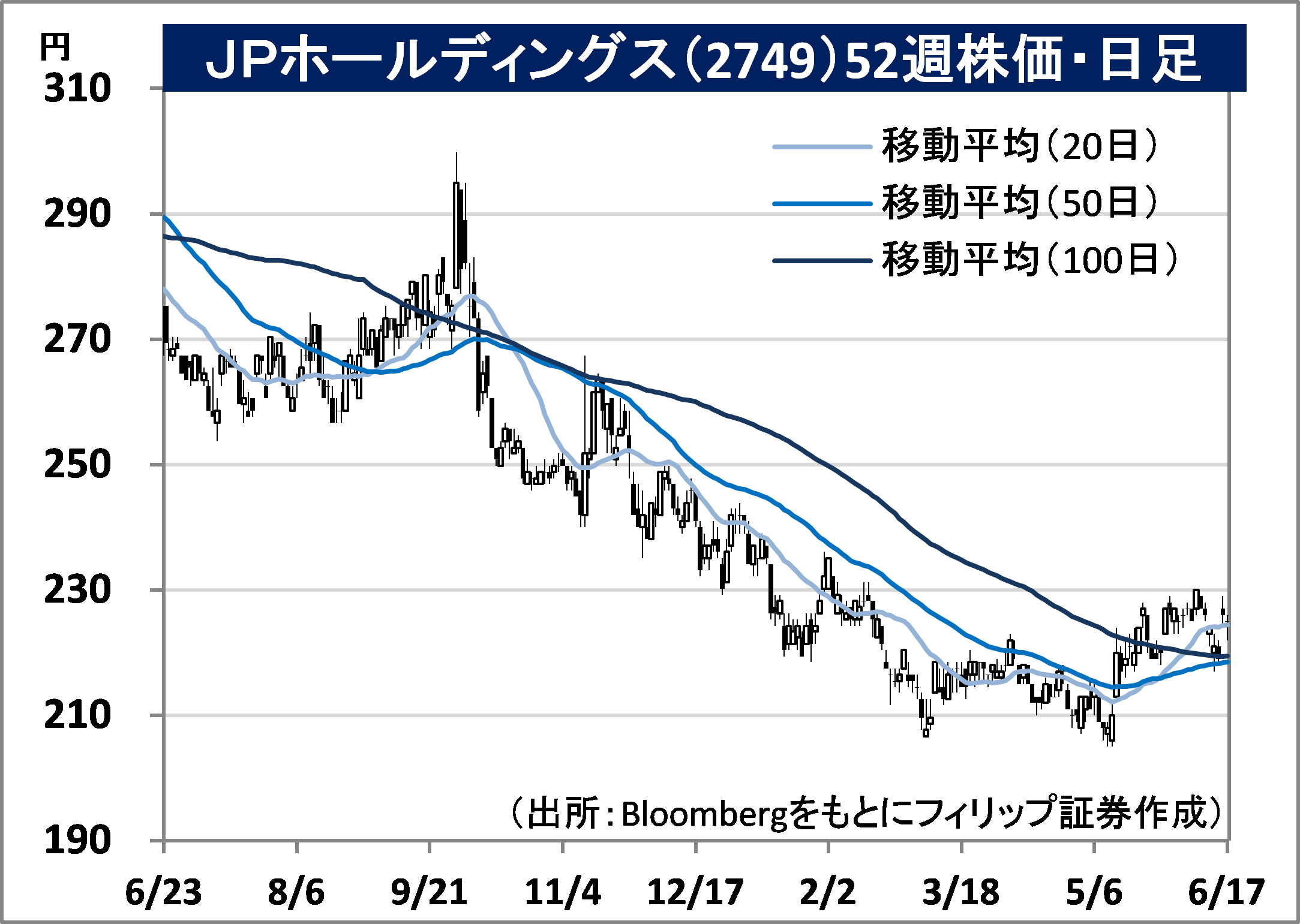 Established in Nagoya City in 1993. Carries out the childrearing support business which operates private after-school childcare, children’s centres and after-school childcare and nurseries which have been authorised and approved by municipalities. Gakken Holdings (9470) is their top shareholder at 30% holding.

For FY2022/3 results announced on 12/5, net sales increased by 2.6% to 34.373 billion yen compared to the previous year and operating income increased by 17.1% to 3.344 billion yen. The new establishment of 8 facilities of after-school childcare and children’s centres as well as 3 nurseries (total of 303 childrearing support facilities) contributed to the increase in revenue. Due to a reallocation of personnel and review of their order placing system, etc., SGA ratio fell by 0.16 points.

For its FY2023/3 plan, net sales is expected to increase by 3.7% to 35.64 billion yen compared to the previous year, operating income to increase by 6.4% to 3.56 billion yen and annual dividend to have a dividend increase by 1.50 yen to 6.00 yen. With efforts to accelerate developments in after-school childcare towards resolving the childcare waiting list via the “new and after-school children comprehensive plan” and childcare arrangements based on the “new childrearing assurance plan” by the government, the bill to establish the “children and families agency” was concluded on 15/6. Prime Minister Kishida also expressed a significant increase in the one-off payment for childbirth in the countermeasures for the declining birth rate. 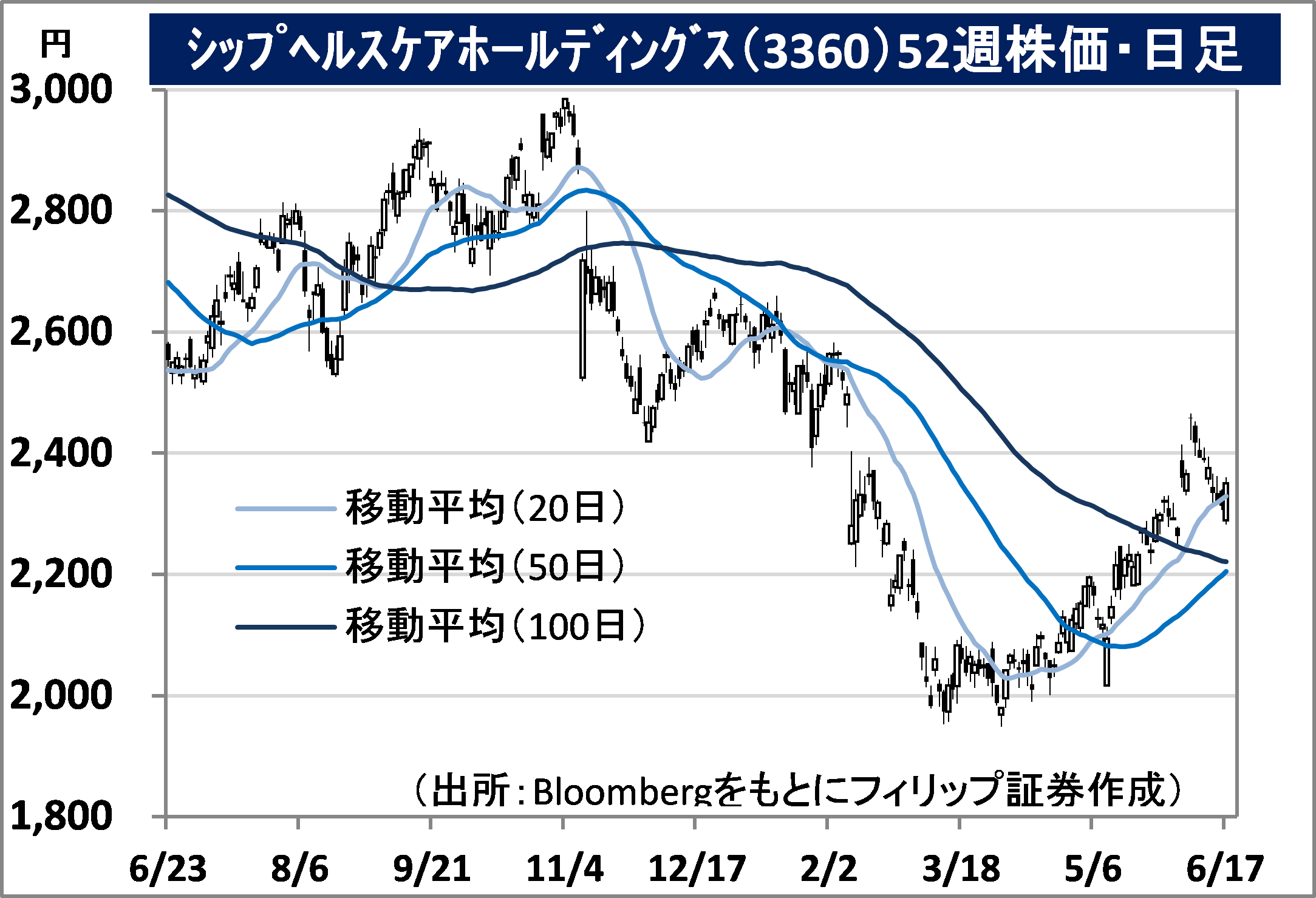 Established in 1992. In addition to the total pack produce business which carries out comprehensive batch order receipt services in the medical, health, welfare and nursing care fields, they manage the medical supply business, lifecare business and dispensing pharmacy business, etc.

For FY2022/3 results announced on 10/5, net sales was 514.3 billion yen (497.1 billion yen in the previous year before the application of the accounting standard for revenue recognition) and operating income decreased by 5.9% to 20.5 billion yen. Although 3 businesses which are medical supply, lifecare and dispensing pharmacy contributed to an increase in revenue, the decrease in scale of projects involving the high profit margin total pack produce business affected the profit aspect.

For its FY2023/3 plan, net sales is expected to increase by 8.9% to 560 billion yen compared to the previous year, operating income to increase by 2.4% to 21 billion yen and annual dividend to have an increase by 1 yen to 42 yen. On the 15th, Prime Minister Kishida expressed the establishment of a “Cabinet Secretariat infectious diseases crisis management agency” in order to reinforce control tower functions involving infectious diseases countermeasures. An overview was established on the bill to revise the Infectious Disease Act, which constitutes authority that enables the government to instruct medical institutions in order to secure hospital beds in the event of an emergency. This will likely benefit the total pack produce business.