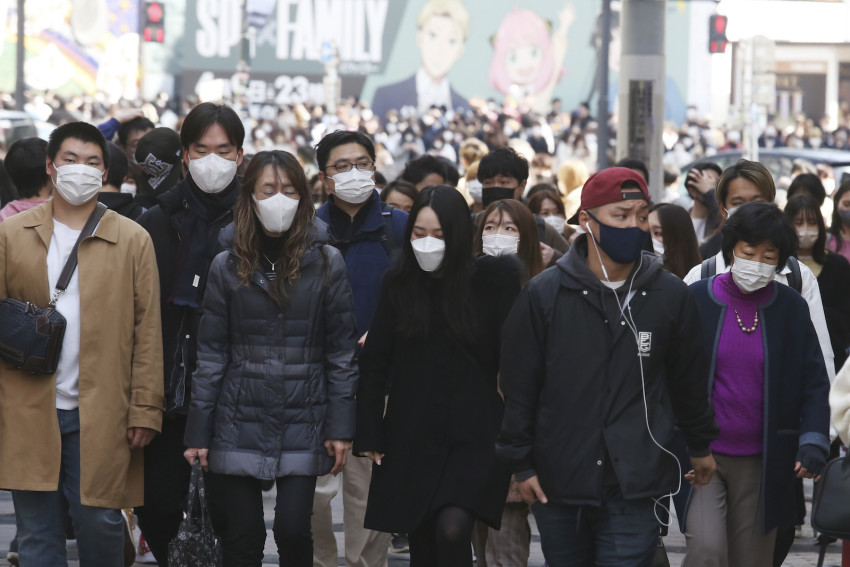 “Lifting of ‘quasi-emergency’ measures and the Upper House election; US interest rate hike and the USD-Yen exchange rate”

On 17/3, the government officially decided to lift all Covid-19 related “quasi-emergency” measures currently effective in 18 prefectures by the deadline of 21/3.  The Tokyo Metropolitan Government and other local governments are expected to end shortened operating hours and alcoholic beverage restrictions for restaurants in conjunction with the lifting of these restrictions.  Furthermore, at the LDP convention on 13/3, Secretary General Motegi stated that the summer Upper House election would be announced on 22/6 and the election would be held on 10/7.  PM Kishida is also likely aiming for his administration to promote the early resumption of the “Go To Travel” tourism support program, which was suspended due to the spread of Covid-19, as an achievement for the summer Upper House election.   Therefore, going forward, investments in travel, leisure, and restaurant-related businesses should continue to benefit from anticipated sharp recovery in these sectors.  Among them, companies that have adopted a contrarian approach by expanding stores while holding down opening costs during the Covid-19 pandemic, or those that have turned their attention to overseas expansion, are the most promising.

On 16/3 the US FOMC (Federal Open Market Committee) raised the policy rate guidance target by 25 basis points.  The participants’ outlook for the policy rate indicated that it will be raised around 11 times by next year, eventually rising to 2.75%.  The focus will be on its effect on the USD-Yen exchange rate.  During the last interest rate hike, with nine rate hikes in three years from Dec 2015 to Dec 2018, the USD strengthened against the yen to the 125-yen level in June 2015, perhaps because the USD-Yen exchange rate had already factored in the rate hikes.  After the USD weakened to below ¥100 in Aug 2016 during the subsequent risk-off phase, it again appreciated to the ¥118 level in Jan 2017 after factoring in the US presidential election and Trump administration tax cuts.  Since then, the USD has been slowly weakening against the yen despite intermittent rate hikes since the third hike in Mar 2017.

The major difference between this current rate hike and the previous two is that the total balance sheet of the US central bank, the Fed, has expanded to around $9 trillion, with long-term US interest rates being kept artificially low, and the CPI rate of increase has already reached the highest level in 40 years.  Nevertheless, as in 2015, the USD is likely to appreciate against the yen, if a hawkish interest rate hike phase has been factored in in advance.  However, the reverse could also happen with the USD weakening against the yen if the US economy is shown to be slowing down due to higher interest rates and energy prices. 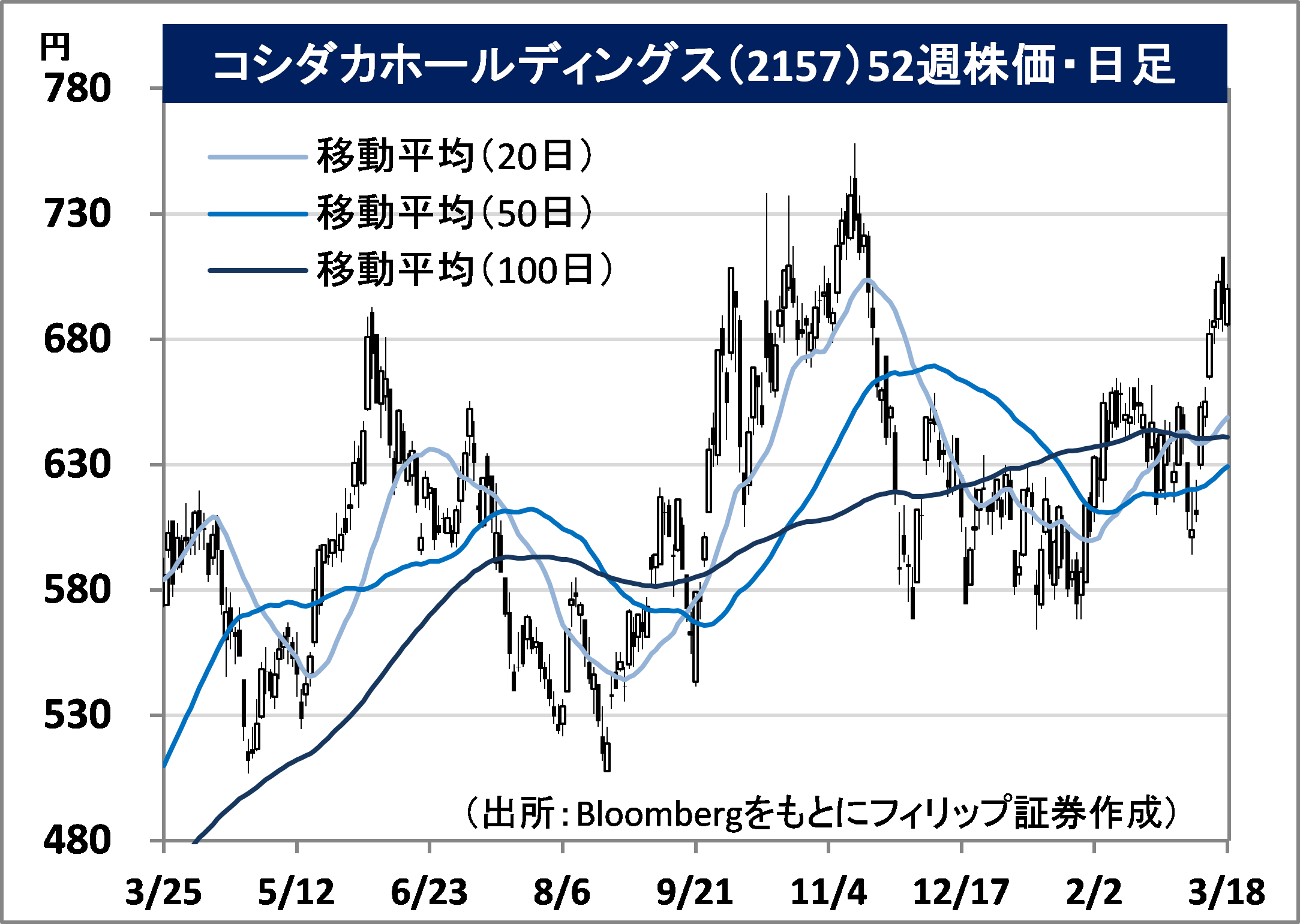 ・For its full year plan, net sales is expected to increase by 92.8% to 40.093 billion yen compared to the previous year, and operating income is expected to return to the black from minus 7.628 billion yen in the previous year to 2.701 billion yen.  The government has decided to lift Covid-19 related quasi-emergency measures in all regions by the deadline of 21/3.  Expanding stores with a distinctive business model, including the acquisition of the karaoke business (43 stores) of izakaya (Japanese-style bar) giant Daisho in March last year and subsequently using the low-cost, fully-furnished properties.  Aggressively pursuing overseas expansion including Asean countries and Korea. 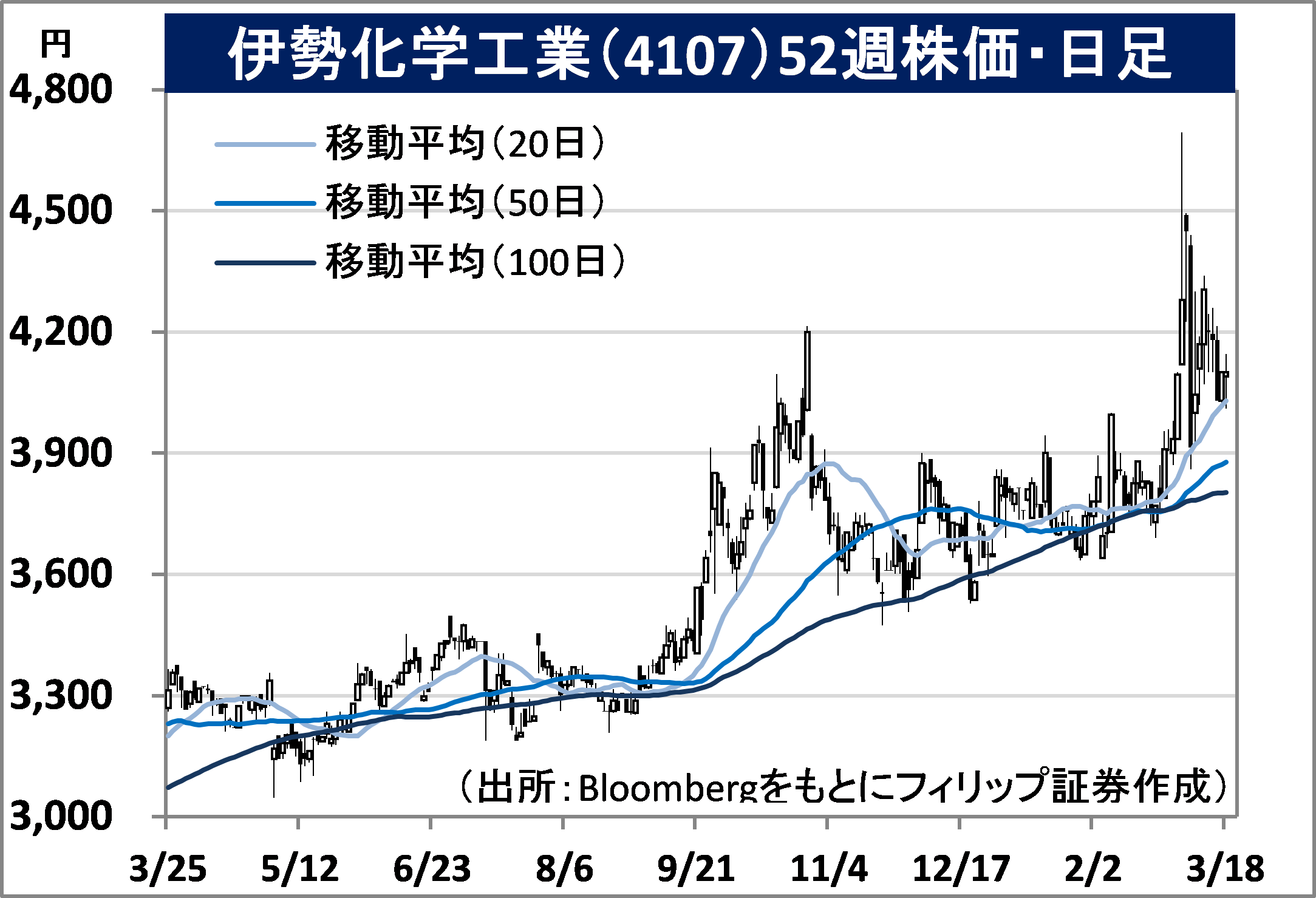 ・Founded in 1927 in Ise City, Mie Prefecture.  A consolidated subsidiary of AGC (5201) that manufactures and sells iodine and natural gas, as well as metal compounds (cobalt, nickel, etc for rechargeable batteries).  One of the top iodine producers both in Japan and in the world.

・For FY2021/12 results announced on 3/2, net sales increased by 20.7% to 20.354 billion yen compared to the previous year, and operating income increased by 24.0% to 2.709 billion yen.   In the iodine and natural gas business, the international market for iodine had remained firm and product sales volume had recovered.  The metal compounds business had benefited from higher nickel chloride sales volume as well as rising metal market prices.

・For FY2022/12 plan, net sales is expected to increase by 3.2% to 210.0 billion yen compared to the previous year, and operating income to decrease by 11.4% to 2.4 billion yen.  Includes assumption of higher depreciation costs due to new well development as well as maintenance and renewal investments, and higher raw fuel and material prices.  Japan and Chile account for more than 90% of the world’s iodine production, with Japan accounting for about 30%.  In addition, stable iodine in non-radioactive drugs is believed to have a prophylactic effect against radiation exposure, and is likely to attract more attention if geopolitical risks increase