Japan-Weekly Strategy Report ““Leaps in the Year of the Rabbit” From Long-Term Interest Rates to Japanese Stocks ~ The Undervalued Nikkei Average” January 11, 2023 91 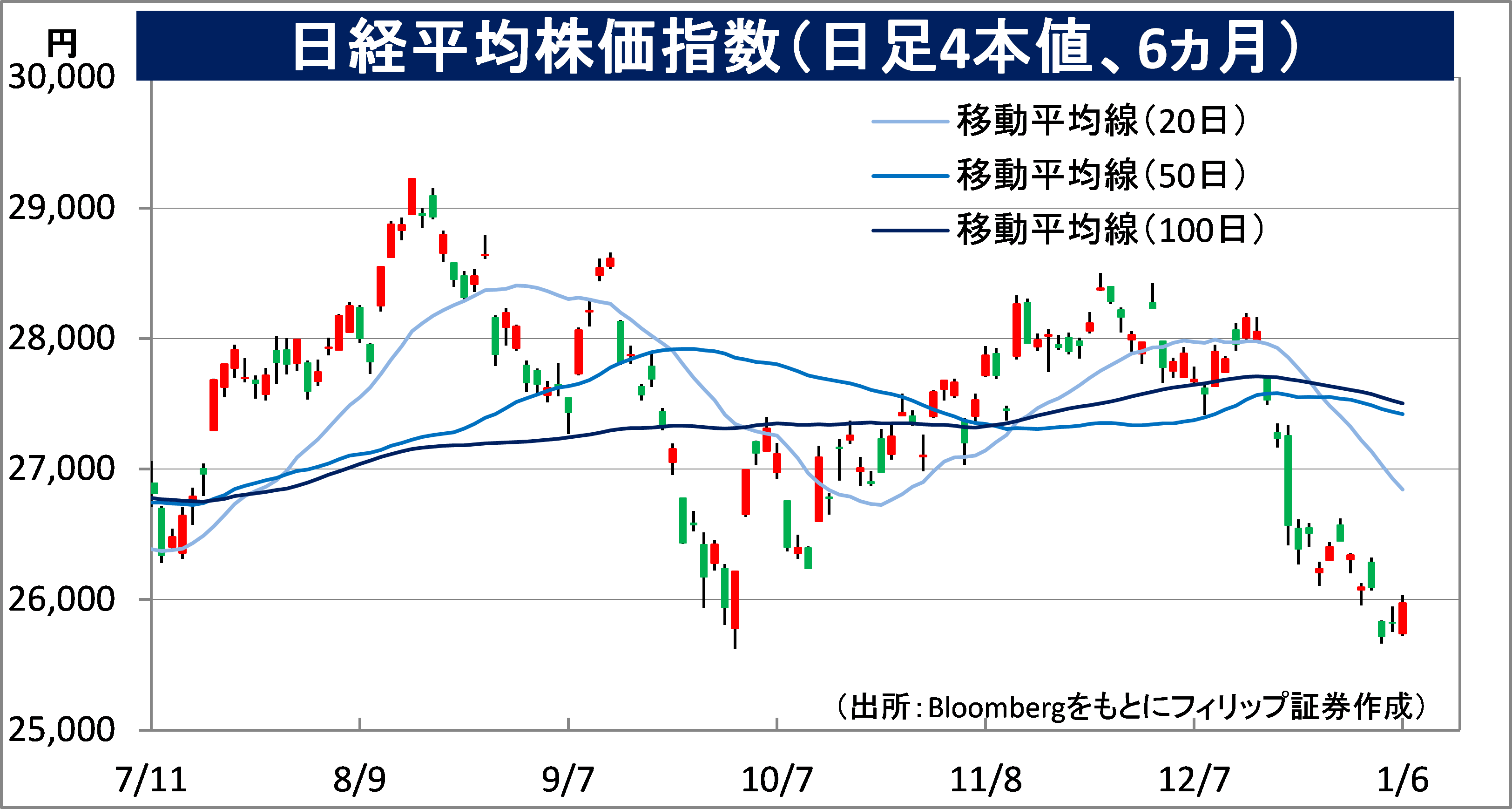 Happy New Year! The stock market proverb associated with the Chinese zodiac states that the year of the “dragon is the ceiling, the horse’s tail drops (declines), the sheep endures (plateaus and adjusts), the monkey makes a ruckus (large fluctuations), the dog smiles (increases), the pig huddles together (small range fluctuations), the rat prospers (increases), the ox stumbles (adjustments), the tiger moves swiftly (large increases) and the rabbit leaps (big jumps)”. At least, based on the prediction towards revised monetary easing by the Bank of Japan, “leaps in the long-term interest rate” have begun incorporating in the market as well. In contrast to signs of a recession indicated by the “inverse yield curve” where the long-term interest rates fall below the short-term in major markets in Europe and the U.S., an increase in the “normal yield curve”, where the long-term exceeds the short-term, mostly benefits the economy due to a vitalization of fund management and capital investment from financing in low interest rates and the yield which exceeds it. It looks like there may be a possibility of “leaps” in the Japanese stock market which contrasts with Europe and the U.S. In fact, several major ASEAN nations that have eased or abolished cross-border movement half a year earlier than Japan have had a positive annual percentage change in last year’s main stock indices. In China as well, Hong Kong’s Hang Seng Index had a sharp rise of approx. 44% from end October last year to the closing price on the 5th, indicating a contrasting aspect between Asia versus Europe and the U.S.

On the other hand, it has relieved the position of following the U.S. stock market on the premise of large-scale monetary easing by the Bank of Japan Governor Kuroda and the longstanding “Abenomics” economic policy, and it appears that there may be accompanying adjustments in price or time involving the switch in direction from taking the increase in the long and short-term normal yield curve as an investment opportunity. In fact, the Nikkei average has become prominently undervalued as seen from corporate performance, such as its closing price on the 5th where the P/E ratio (price-earnings ratio) based on a weighted average via market capitalization, etc. was 12.02 times and the P/B ratio (price-to-book ratio) was 1.09 times, which matches last year’s lowest level. In the supply and demand aspect as well, technical indicators, such as the up/down ratio, short selling ratio and 14-day moving average RSI (relative strength index), have fallen to the most oversold levels since last year. Perhaps we could view this to be the arrival of the year’s first investment opportunity.

On the 4th, Prime Minister Kishida touched on the possibility of the number of births in 2022 falling below 800,000 for the first time and brought up “countermeasures for the unprecedented declining birthrate” as a priority issue for this year. It 3 main pillars are ① reinforcing economic support, such as child allowance, ② reinforcing support, such as after-school childcare and sick childcare, and ③ reinforcing the childcare leave system, etc. Together with the policy laid out by Koike, the Governor of Tokyo, on paying out 5,000 yen a month to children until they are 18 years old without setting income limitations, towards the inauguration of the “Children and Families Agency” in April this year, we can expect a lookout for stocks related to childcare.

With travel recovering worldwide and China also in the process of lifting measures involving their COVID-19 regulations, it has shed light on the aircraft shortage. There have been movements of major global aviation companies placing aircraft orders in several hundred units with the American Boeing and the European Airbus, and an acceleration in the increase of order backlog. Aircraft component manufacturers in particular are expected to reap mid and long-term benefits. 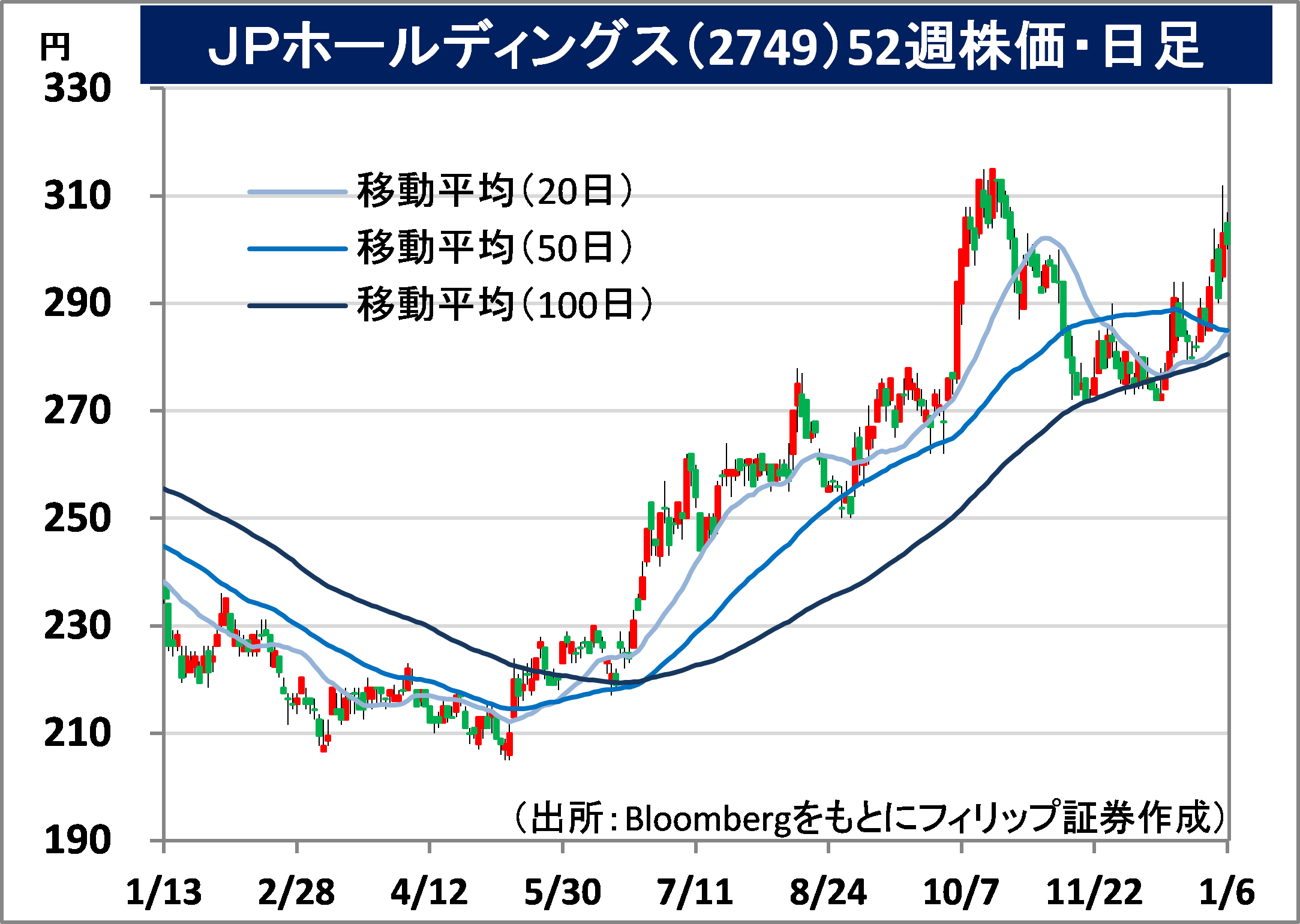 ・Company revised its full year plan upwards. Although net sales is expected to increase by 3.7% to 35.64 billion yen compared to the previous year and annual dividend to remain unchanged to have a 1.50 yen dividend increase to 6.00 yen, operating income is to increase by 8.6% to 3.633 billion yen (original plan 3.56 billion yen). In addition to personnel reallocation, revisions to operations and their ordering system are also expected to contribute to an improved profit margin. On the 4th, Prime Minister Kishida announced “countermeasures for the unprecedented declining birthrate” in addition to Governor Koike’s announcement of a countermeasure unique to Tokyo. They are expected to benefit its business performance.

・For its full year plan, net sales is expected to increase by 42.1% to 2.37 billion yen compared to the previous year and operating income to return to profit from (126) million yen the same period the previous year to 25 million yen. Continued mass production shipments are predicted in amusement for the next-gen image processing semiconductor “RS1”. Retail units of gaming machines equipped with an image processing process which was joint developed by Bandai Namco Sevens exceeded 100,000 units in December. Benefits can be expected from the Smart Pachislot which had its ban lifted in November and the Smart Pachinko which has its ban scheduled to be lifted in March.