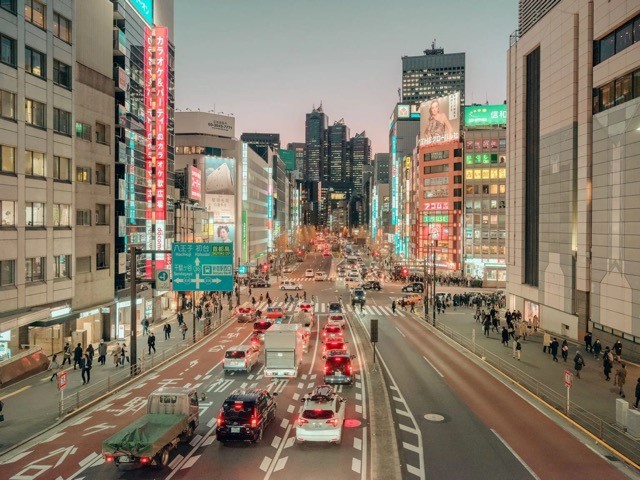 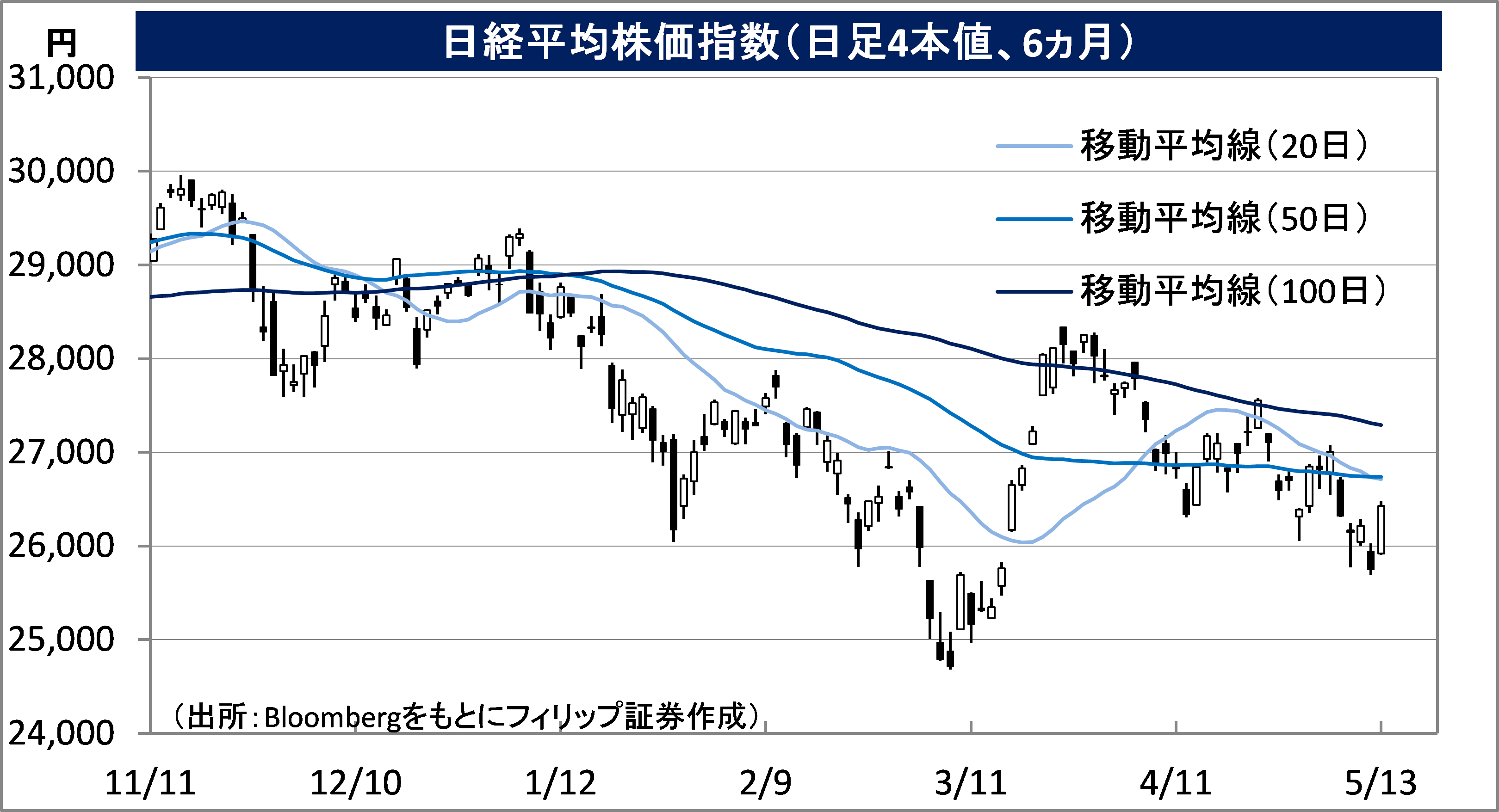 On 5/5, PM Kishida stated in the City of London financial center that “in June, we will ease restrictions on immigration to the same level as other developed countries”, and he also pledged 150 trillion yen in new investments related to decarbonization through public-private partnership over the next 10 years.  The Japanese stock market was expected to respond favorably to these announcements, along with the continuing net buying of Japanese stocks by foreign investors since April.  However, the Nikkei Average was dragged down by the US market and the Chinese economy, and trended lower during the week from the 9/5 to 12/5.  Blue-chip high-tech stocks with high index contributions have been affected by the US market, while economically-sensitive stocks and China-dependent stocks appear to be under downward pressure from the Chinese economy.

Since the Federal Open Market Committee (FOMC) meeting on 3-4/5, the US stock market failed to halt the market decline as, although the average hourly wage in the April employment report released on 6/5, the consumer price index for April released on 11/5, and the wholesale price index for April released on 12/5 all showed signs of slowing growth, they were still higher than market expectations.  On the other hand, the Chinese economy showed a sharp slowdown in export growth in the April trade statistics released on 9/5, indicating the significant impact of the Chinese government’s “zero-Covid” regulations.

In spite of this, the Nikkei Average rebounded sharply on 13/5 on the back of buybacks as, regarding the Chinese economy, companies are increasingly confident about the prospects for demand recovery after the lifting of restrictions related to Covid-19, and the market is beginning to see that concerns about prolonged inflation and tighter monetary policy in the US are facilitating a shift of funds from US stocks to Japanese stocks, backed by aggressive monetary easing by the BOJ.

The first priority for Japanese equities going forward will be “energy” related, with infrastructure development for the spread of renewable energy, the restart of nuclear power plants, and liquefied natural gas (LNG) plant-related projects.  Secondly, food manufacturers will likely benefit from price hikes, as the BOJ also noted in its April “Outlook for Economic Activity and Prices” released on 2/5 that food prices tend to accelerate once price hikes begin.  Sushiro, a conveyor-belt sushi restaurant, announced that it will raise the price of some of its menu items by 10-30 yen starting in October, and Calbee (2229) announced that it will raise the price of “Kappa Ebisen” and other products starting in June.  Thirdly, spotlight will be on companies that are quick to respond to “revenge consumption” related to travel and leisure activities that had been severely curtailed till now, or on those companies that are quick to respond to structural changes in consumption and lifestyles brought about by the Covid-19 pandemic.

Recently, as in the case of Japan Steel Works (5631), there have been incidents where the market has overreacted to bad news, resulting in extreme short-term overselling.  Other stocks worth picking up carefully include over-sold stocks with credit multiples below 1.0x due to the continued decline in stock prices despite their being undervalued. 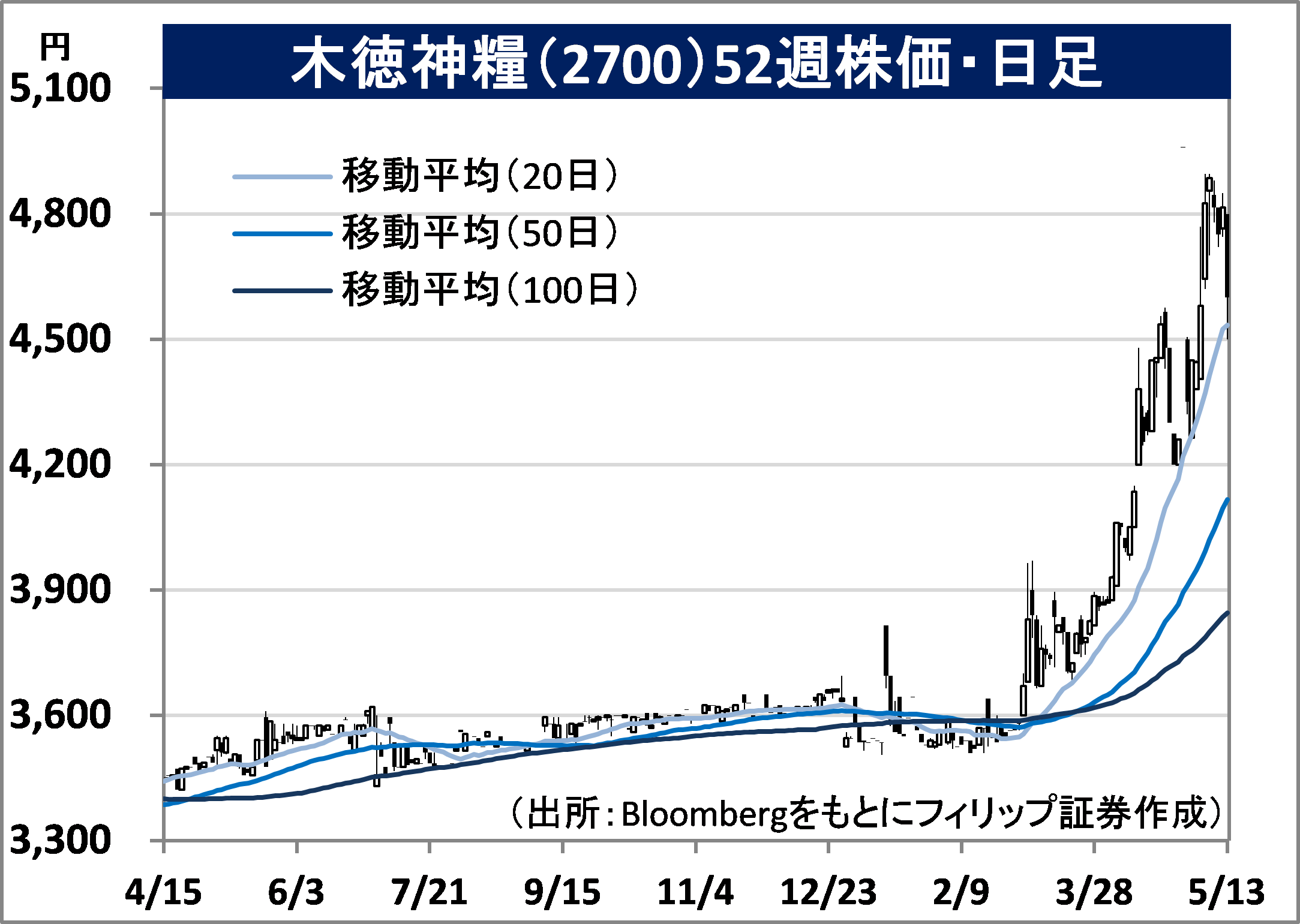 ・For 1Q (Jan-Mar) results of FY2022/12 announced on 12/5, net sales decreased by 4.0% to 26.092 billion yen compared to the same period the previous year, and operating income increased by 90.1% to 450 million yen.  In the rice business, in addition to a decline in domestic rice transaction prices, demand from restaurants remained sluggish and sales at mass retailers for home use were weak.  Improvements in inventory and purchasing as well as reductions in SG&A expenses contributed to profits.

・Company has revised its full year plan upwards.  Net sales is expected to decrease by 4.5% to 103.0 billion yen (original plan 97.5.0 billion yen) compared to the previous period, operating income to increase by 90.0% to 1.0 billion yen (original plan 480 million yen), and annual dividend to increase by 10 yen to 60 yen (original plan 50 yen).  In addition to the contribution to sales from higher unit sales prices of minimum access rice (the minimum amount of foreign rice that should be imported) and other products due to the weak yen, purchasing in response to the supply-demand environment and the establishment of multiple purchasing routes are expected to continue to contribute to profits. 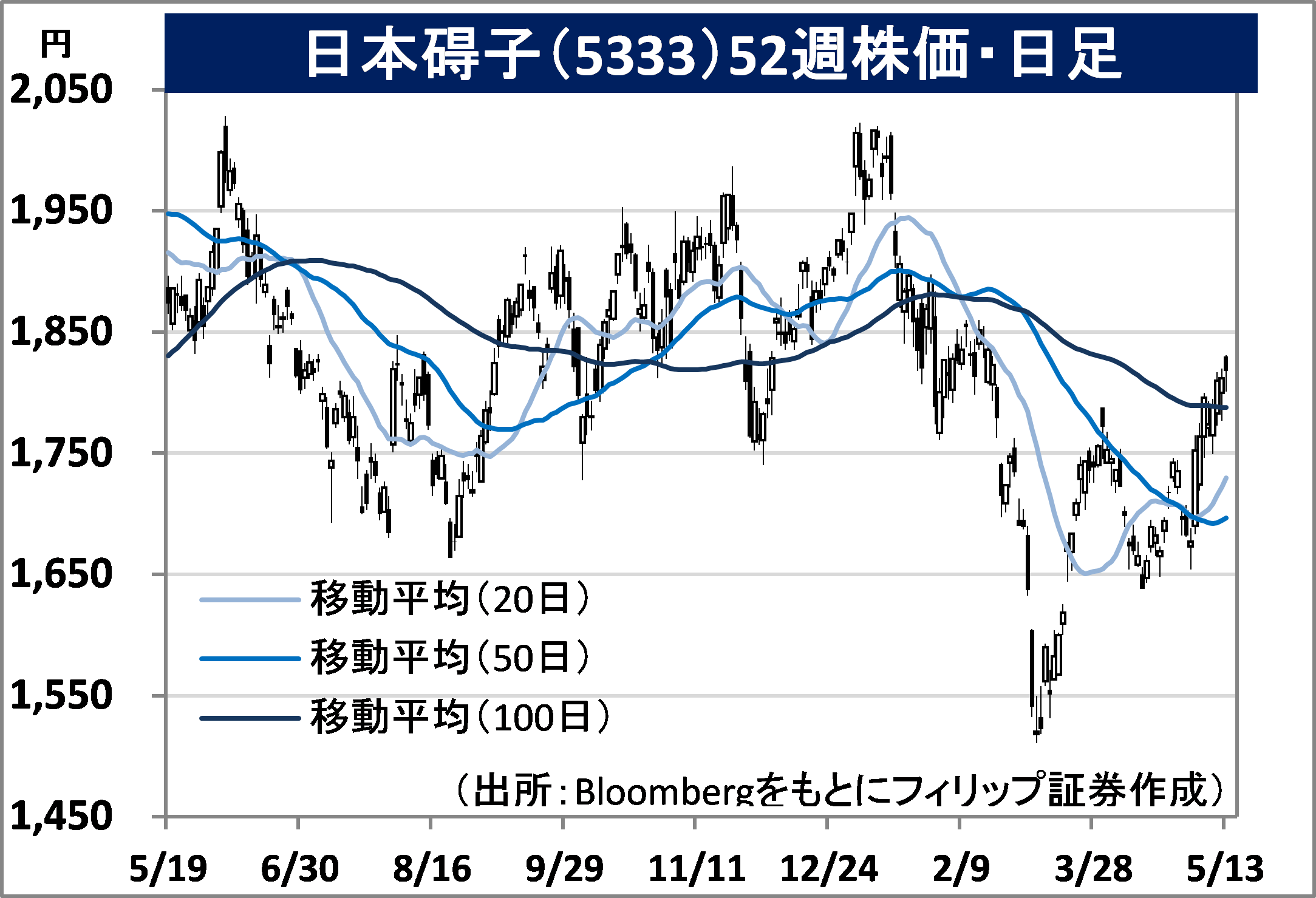 ・The insulator division was spun off from what is now Noritake Co., Ltd (5331) in 1919.  Top player in the world for insulators.  Operates four businesses, namely, Energy Infrastructure, Ceramic Products, Electronics, and Process Technology.

・For FY2022/3 results announced on 28/4, net sales increased by 12.9% to 510.4 billion yen compared to the previous year, and operating income increased by 64.3% to 83.5 billion yen.  Although sales in the Energy Infrastructure business, which handles insulators and NAS batteries, declined 3.2% YoY, sales in the Process Technology business, which is related to semiconductor production equipment, and the Ceramics Products business were solid, rising 16% YoY, and 18% YoY respectively.

・For FY2023/3 plan, net sales is expected to increase by 13.6% to 580.0 billion yen compared to the previous year, operating income to increase by 7.7% to 90.0 billion yen, and annual dividend to increase by 3 yen to 66 yen.  Company’s NAS battery developed through its R&D using sodium (Na) and sulfur (S) is an electric power storage system with large capacity, high energy density and long life.  It is likely to increase in importance as an electric power infrastructure to equalize the daily supply-demand of solar power generation as part of the government’s goal of promoting renewable energy.