Japan-Weekly Strategy Report “Japanese Stocks After the FOMC, Stocks That Are Undervalued Compared to U.S. Stocks and Nagoya” November 7, 2022 119 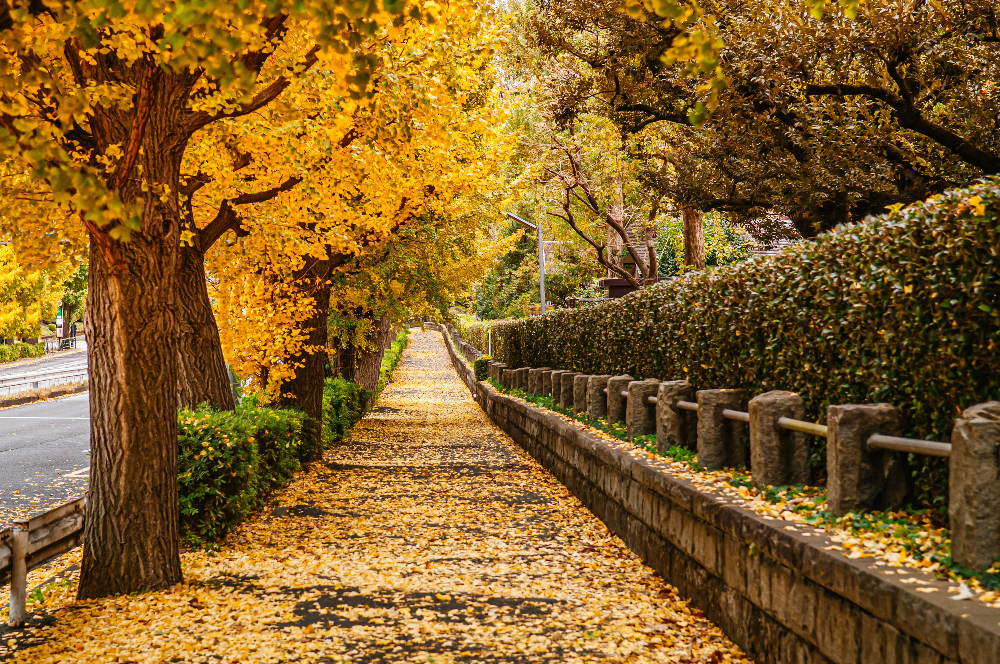 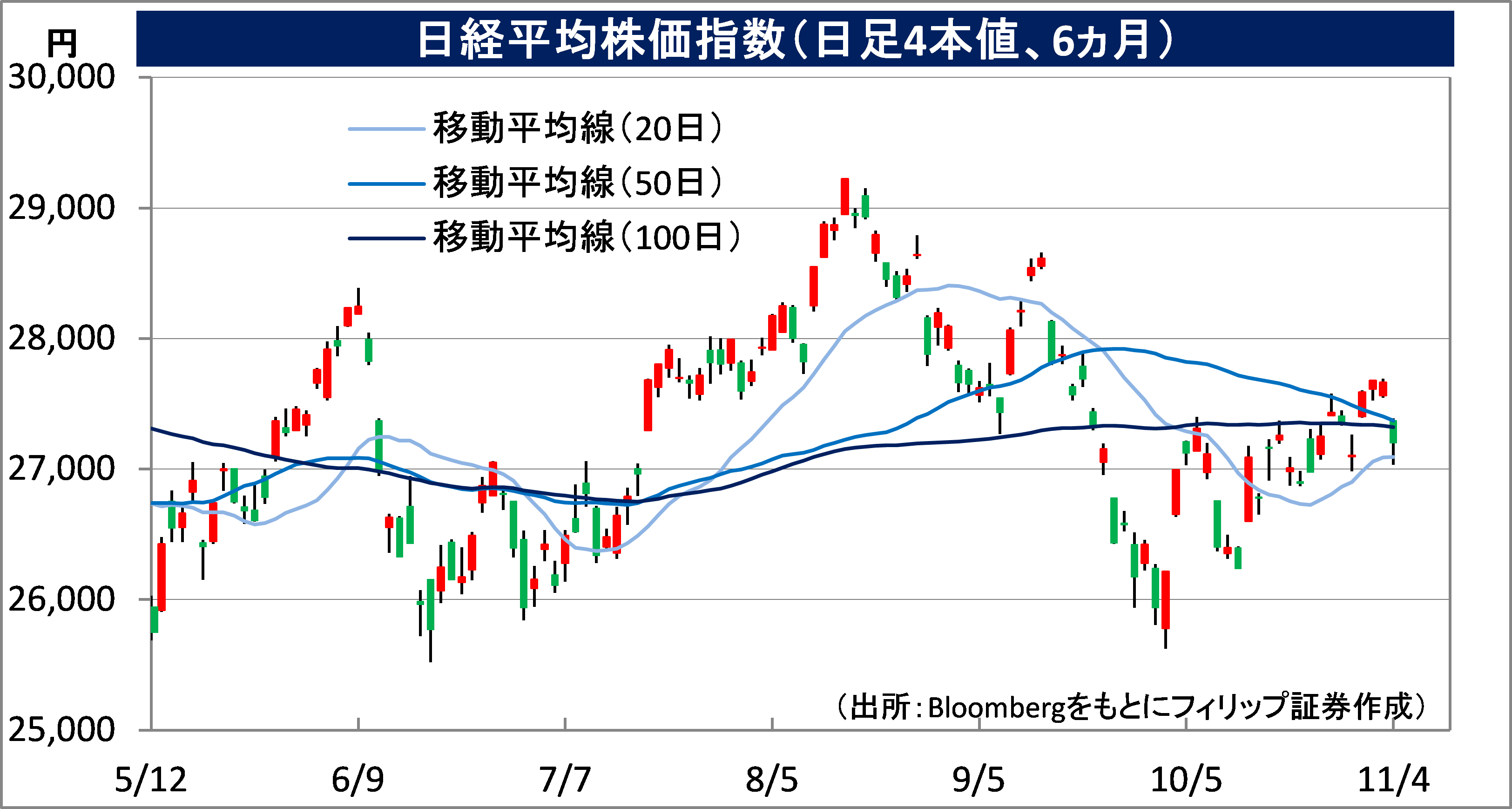 “Japanese Stocks after the FOMC, Stocks that are Undervalued Compared to U.S. Stocks and Nagoya”

Conflicting movements were indicated between the U.S. stock market and the Nikkei average futures (after-hours trading) due to the U.S. FOMC (Federal Open Market Committee) statement release from 3:00am on the 3rd in Japan time and from the press conference with FRB (Federal Reserve Board) Powell which followed from 3:30am. In the statement release, it was said that the “cumulative effect” of monetary tightening was considered, and as a result of hints towards a possibility of a reduction in the range of interest rate hikes in the FOMC from December onwards, the U.S. stock market responded with a significant rise. However, the U.S. stock market fell significantly as a result of mention in the press conference with Chair Powell from 3:30am that “the ultimate level of policy interest rates will be higher than previously expected” and an emphasis on the Hawkish policy in “it being premature to consider pausing interest rate hikes”. On the 4th after the public holiday in Japan, the Nikkei average also fell to 27,032 points at one point compared to the closing on the 2nd at 27,663 points.

In contrast to stock indices that are unable to overcome the rising trend, for the quarterly results of major enterprises, enterprises that were greatly impacted by the slump in China’s economy as a result of the aftermath of the zero-COVID policy, such as Toyota Motor (7203) in addition to Toyota Group and FANUC (6954), could not avoid a profit decrease, however, for the most part, it appeared that there was a string of favorable results which were backed by improvements in business performance following the reopening of the economy since the COVID-19 pandemic, the absorption of rising costs via price increases and the effect of the weak yen following overseas sales.

Stock prices have been increasing for consecutive days since the day after the results announcement for Panasonic Holdings (6752), which was said to have a possible tax credit occurrence in their U.S. battery factory in terms of their results announcement if the U.S. “Inflation Reduction Act” is enforced, as well as for Hitachi (6501), where a fight for global leadership is unravelling for the platform creation of IoT (internet of things) between the German Siemens.

Also, a distortion in individual stocks is becoming evident when comparing the stock prices of Japanese stocks and U.S. stocks, such as in construction machines, where Komatsu (6301), which follows the American Caterpillar (CAT), is significantly undervalued in terms of their forecasted dividend yield and forecasted P/E ratio (price-earnings ratio) compared to Caterpillar, and the stock price of McDonald’s Holdings Company (Japan) (2702) shifting to a plateau range close to approx. 5 years ago compared to the stock price of the American McDonald’s (MCD), which is currently renewing its all-time record high. Compared to the American J&J (JNJ), which is being praised for its consumer business spinoff policy next year, it looks like it would be the same for Takeda Pharmaceutical (4502), which has already sold off its consumer business 2 years ago and is in the process of selection and concentration. 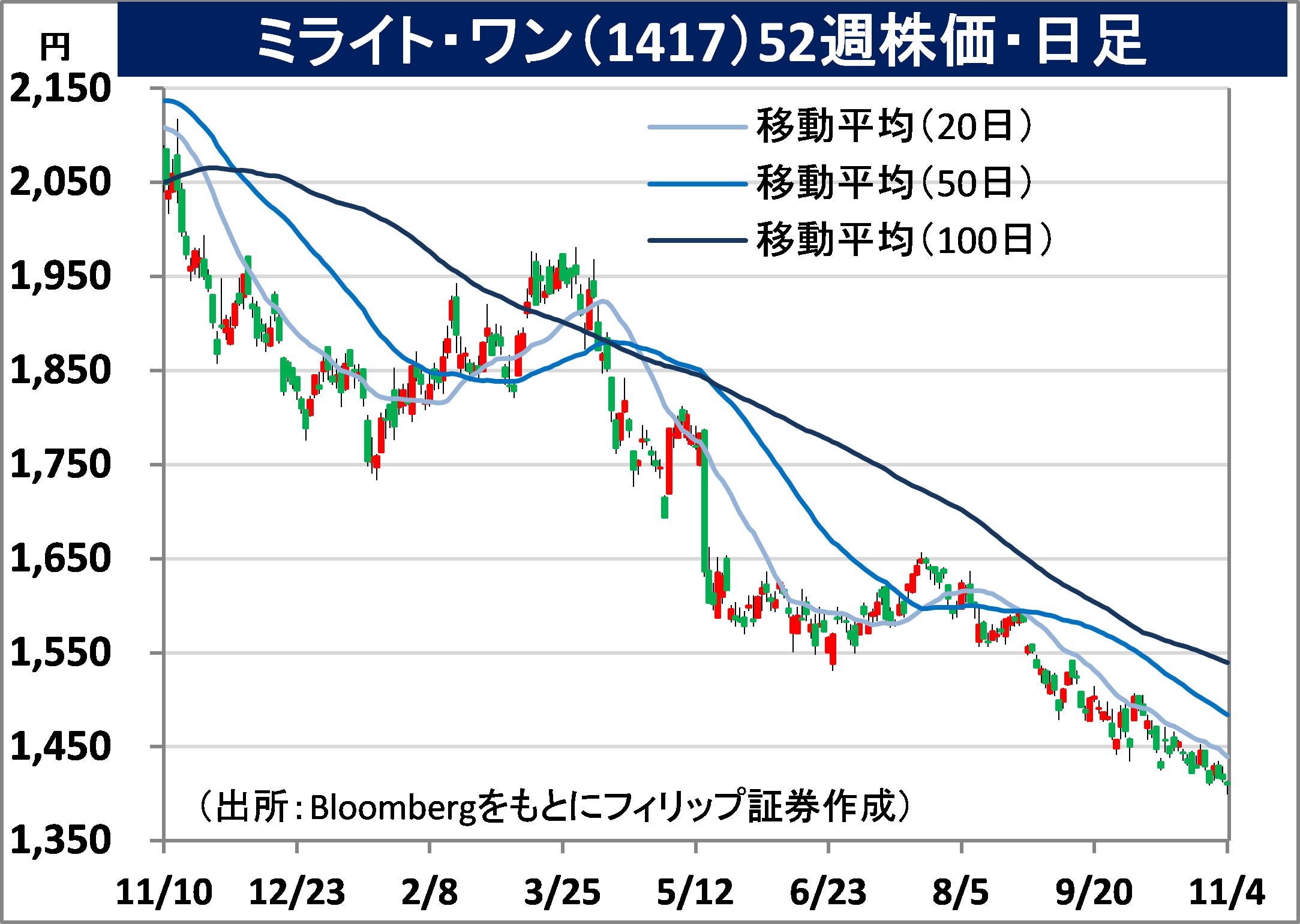 ・Established in 2010 as a joint holding company via business integration between 3 companies which are Daimei, Commuture and Todentsu. Integrated businesses with TKK from Sendai as well in 2018. They are the No.3 telecommunications construction operator in Japan and mainly focuses on those for NTT (9432).

・For 1Q (Apr-Jun) results of FY2023/3 announced on 10/8, net sales decreased by 5.2% to 95.336 billion yen compared to the same period the previous year and operating income fell into a deficit from 4.707 billion yen the same period the previous year to (1.147) billion yen. There was a decrease in merchandise sales in the ICT solutions business, mobile-related construction work and optical fibre outfitting work. Temporary factors had influenced, such as integrated expenses of consolidated subsidiaries in the profit aspect.

・For its full year plan, net sales is expected to increase by 14.8% to 540 billion yen compared to the previous year, operating income to decrease by 8.5% to 30 billion yen and annual dividend to have a 5 yen dividend increase to 60 yen. Orders received also increased by 3.6% to 540 billion yen, which was supported by 5G communications infrastructure development and ICT solutions demand involving digital transformation (DX), as well as digital infrastructure reinforcement that supports the government’s green growth strategy, etc. Although their stock price has been on a downward trend since Sep ’21, their forecasted dividend yield may be why they are gaining appeal. 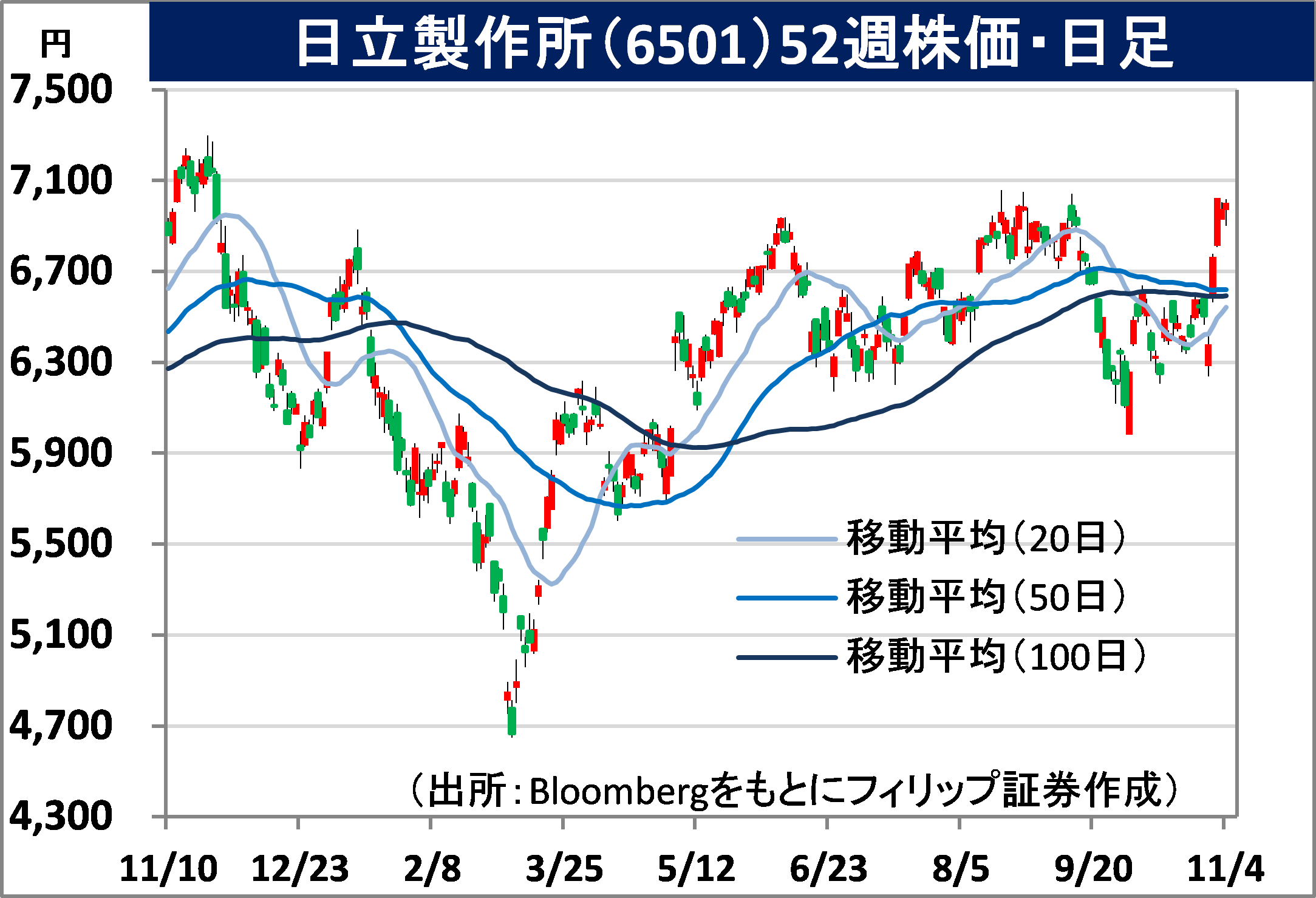 ・A general electrical machinery manufacturer that established in 1910. Changed its “IT”, “energy”, “industry”, “mobility” and “life” segments to “digital systems & services”, “green energy & mobility” and “connective industries” from FY23 onwards.

・For 1H (Apr-Sep) results of FY2023/3 announced on 28/10, sales revenue increased by 12.1% to 5.4167 trillion yen compared to the same period the previous year and operating income after adjustment from deducting selling, general and administrative expenses from gross profit margin increased by 4.7% to 324.6 billion yen. There was growth in orders received in green energy & mobility, which was contributed by multiple large projects involving Hitachi Energy, as well as in digital systems & services, which was supported by DX demand.

・Company revised its full year plan upwards. With sales revenue having expected to increase by 1.3% to 10.4 trillion yen compared to the previous year (original plan 9.5 trillion yen) and operating income after adjustment to increase by 2.0% to 753 billion yen (original plan 700 billion yen), they have reversed from a forecast of a decrease in sales and income following the sale of a listed subsidiary to an increase in income and profit. Due to the contribution from the acquisition of the American GlobalLogic at approx. 1 trillion yen in July last year, in the “Lumada business”, which spans across various businesses that aim for digital transformation in social infrastructure, there was an increase in 1H with a 54% increase.