Japan-Weekly Strategy Report Is the Risk From the New Type Pneumonia Entering a New Dimension? February 18, 2020 111 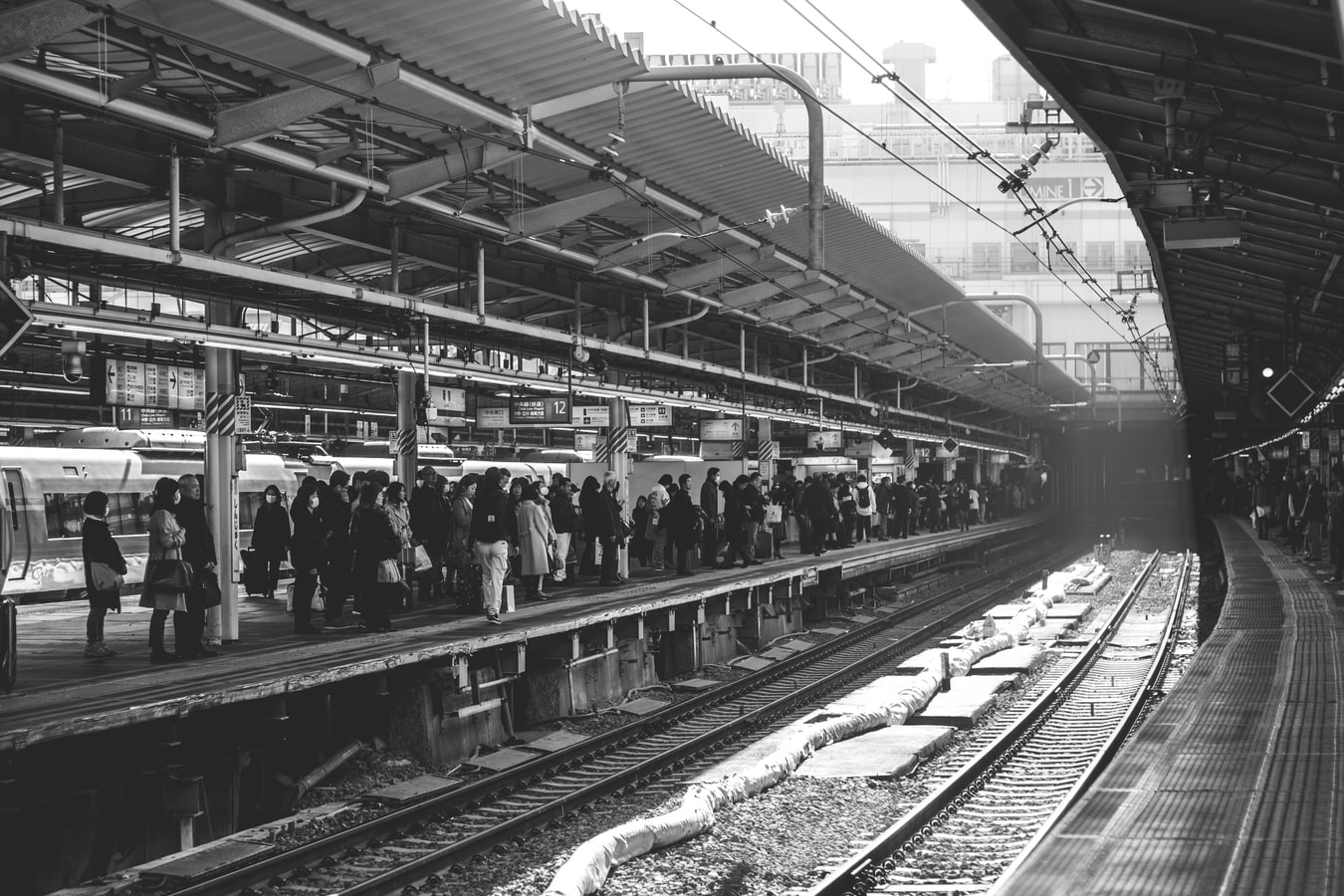 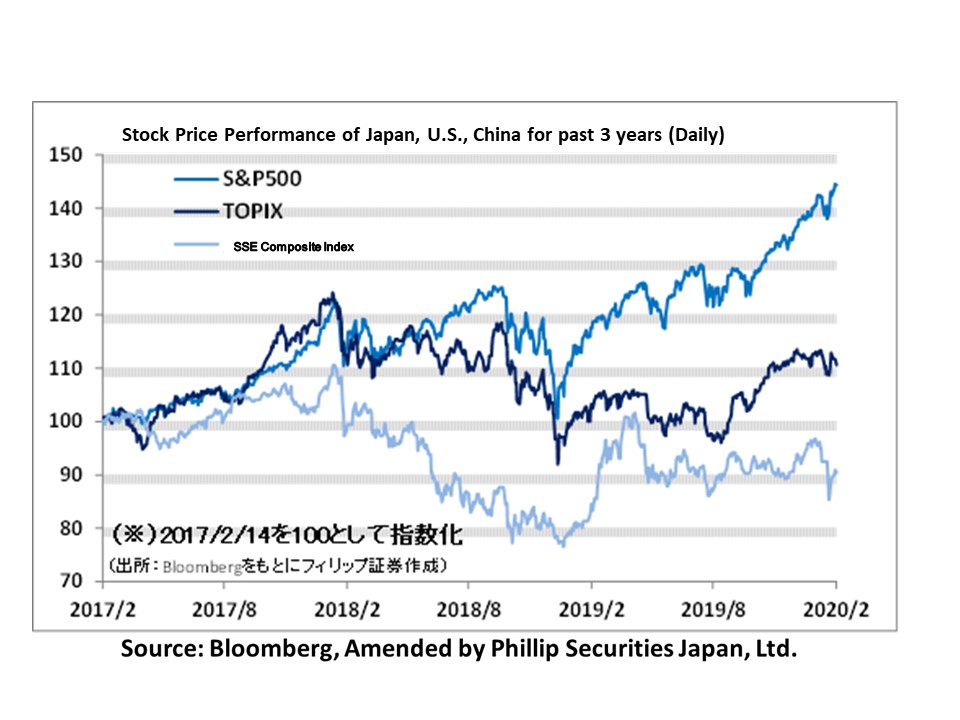 Is the Risk From the New Type Pneumonia Entering a New Dimension?

Is the risk from the new type pneumonia entering a new dimension? On 13/2, in addition to the original analysis of the components of the mucous membrane of the nose and throat, Hubei Province changed its method of analysis to include persons confirmed by “clinical analysis” in the number of infected persons.  As a result, there was a surge in the number of infected persons.  It may be possible to say that simply changing the standard of diagnosis by itself may not be related to the change in momentum of actual infection.  Nevertheless, it was reported that a woman in her 80s living in Kanagawa had died from the novel coronavirus infection in Japan despite having never travelled to China.  There is now increasing suspicion of domestic infection. It was also reported that there were four seriously-ill patients on the cruise ship, “Diamond Princess”, on which mass infection of the virus had occurred.  These patients are now in intensive care with the aid of ventilators at the hospitals they were sent to. Infection therefore appears to have entered a new phase when compared to the relatively mild symptoms of infected people in Japan until now.

On the other hand, while rising to 23,908 points on 13/2 before retreating, the Nikkei Average was resilient at 23,603 points on 14/2. This is because of the strong US economy, with good news from the ISM Manufacturing Report On Business and employment statistics.  In addition, another factor is the preference for the US dollar as a result of the generally strong performance and outlook for major companies in the Oct-Dec period. The Euro’s two-year low against the dollar on 13/2 also seems to be supporting Japanese stocks through a stronger dollar and a weaker yen situation.  On top of that, the fact that stocks of large US tech companies with large market capitalization are regarded as relatively favorable investment targets, thereby boosting the major US stock indices, may also have supported the Nikkei Average. However, the historically high ratio of the NYSE FANG+ index to the S&P 500 index may indicate that FAANG stocks are being over-bought.  We should therefore be wary of possible upcoming market adjustments.

For the Apr-Dec financial results period, the operating income and bottom line of some major Japanese companies had fallen into the red. There could be many factors that could temporarily weigh down on investment and impairment losses. It is therefore important to determine whether the profitability of the core businesses of companies is declining or not. Low PBR (Price-To-Book Ratio) companies should be the focus for stock selection.  If the PBR is less than 1.0, net assets will increase even if profits decrease.  Therefore the gap between BPS (Book-value per share) and the stock price will increase, making it difficult to lower the stock price. However, the point of investing in low-priced stocks is not simply selecting low-priced stocks that have been neglected at low prices, but instead selecting companies that are highly-motivated to return to shareholders through business structuring and share buybacks. 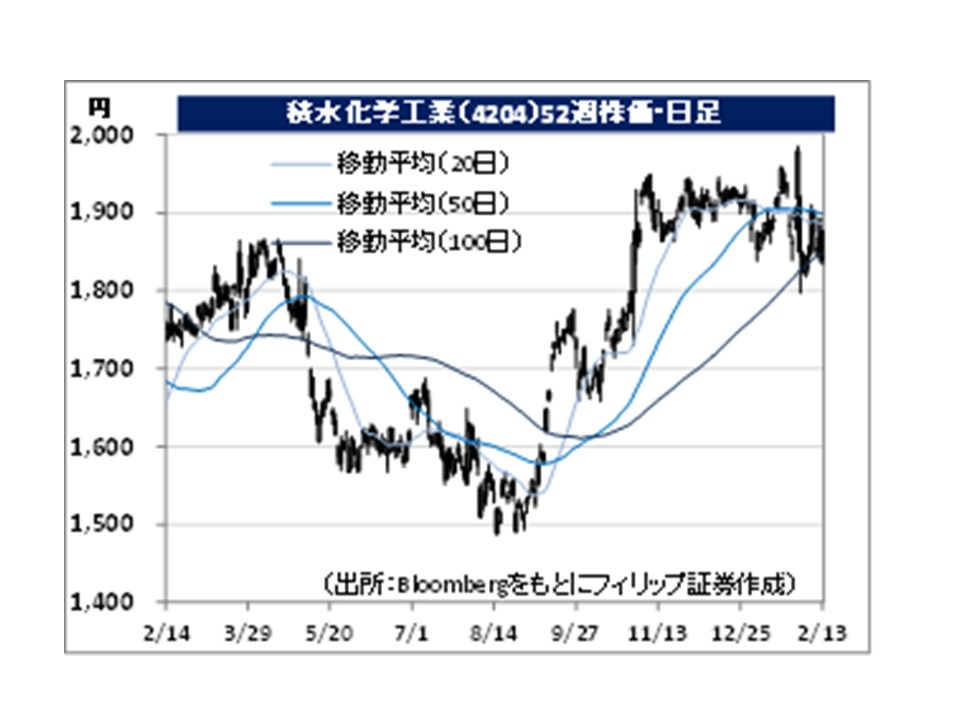 ・For 3Q (Apr-Dec) results of FY2020/3 announced on 30/1, net sales decreased by 0.7% to 823.307 billion yen compared to the same period the previous year, and operating income decreased by 2.2% to 58.197 billion yen. Domestic sales of building tubing for detached houses and non-residential buildings were strong. However, sales and profits declined due to the impact of prolonged sluggish overseas market conditions relating to the high-performance plastics business.

・For its full year plan, net sales is expected to increase by 0.6% to 1.15 trillion yen compared to the previous year, and operating income to increase by 1.4% to 97.0 billion yen. On 24/1, company announced Veredus Laboratories, a Singapore subsidiary develops and sells genetic analyzers and diagnostic reagents, had developed a portable test kit that could quickly detect pneumonia infection caused by the novel coronavirus. Company’s medical business accounted for 6% of sales in 3Q, and this is expected to expand further through global expansion.

・Established in 1955. Main businesses are the manufacture and sale of rolling shutters, house construction materials and building construction materials, as well as their maintenance, inspection and repair, and home remodeling.  Strengthening its waterproofing business developing equipment for preventing flooding during torrential downpours.

・For 3Q (Apr-Dec) results of FY2020/3 announced on 5/2, net sales increased by 5.9% to 126.928 billion yen compared to the same period the previous year, and operating income decreased by 10.6% to 5.283 billion yen.  All business segments, including the waterproofing business, performed well, with increased sales.  However, profit decreased due to increased depreciation expenses, as a result of increased capital investment, and increased installation construction costs.

・For its full year plan, net sales is expected to increase by 8.8% to 190.0 billion yen compared to the previous year, and operating income to increase by 12.2% to 11.0 billion yen. 3Q net sales of the waterproofing business dealing with social issues like torrential downpours and severe rainstorms have increased 29.7% YoY, and operating income has increased 3.1 times likewise.  Increasing awareness of climate change risks may help the business to expand.  In anticipation of the arrival of the season with torrential rain, the financial wisdom of “buying a straw hat during winter” is a useful reference.