Japan-Weekly Strategy Report “Is the Inauguration of the New President a Watershed for ‘Expectations’ and ‘Reality’?” January 29, 2021 582 “Is the Inauguration of the New President a Watershed for ‘Expectations’ and ‘Reality’?”

On 20/1, Biden from the Democratic Party was safely and officially inaugurated as the 46th President of the United States. Alas, this will be the start of a new era under the “blue wave”, where the White House, Senate and House of Representatives are governed by the Democratic Party. As a result of the stabilisation of the U.S. dollar from reinforced monetary easing by the FRB under the policy that prioritises international cooperation, it is thought that there will be a major change in the flow of global money from an appreciation of the U.S. dollar and an overconcentration in major U.S. high-tech corporations following an influx to the U.S. due to the previous Trump administration’s “America First” towards an influx of investment funds to emerging countries and countries rich in resources. There has already been a rise in commodity prices, such as silver, which is used in photovoltaic panels, since some time last summer when it was said that Biden was leading Trump in a public opinion poll. Also, from last fall onwards, there was a rise in the price of nonferrous metals, such as copper, nickel and aluminium, etc. as a result of developed nations coming up with ambitious policies one after another to reduce greenhouse gas emissions as a focus on the policy to promote electric cars (EV). In the stock market as well, trends of honouring environmental-related stocks, such as hydrogen and EV, etc., as “Bidenomics stocks”, saw an increase in activity along with expectations of the Biden administration.

On 21/1 when the inauguration of U.S. President Biden ended, the media completely changed from a welcoming mood from the expectations thus far and began debating on the tough reality in U.S. politics and society. For example, in “Deep Insight” on Page 7 of The Nikkei’s morning edition, the company’s commentator’s opinion in the heading, “The ‘Semi Civil War’ in the U.S. Threatens the World” was placed side by side with Ian Bremmer’s opinion in the heading, “The Beginning of the ‘President With Remarks’ Era”, etc. Even if there is no change to the mid and long-term policies on the reduction of greenhouse gas emissions, currently, we are beginning to see an emergence of a situation where there is concern on the sustainability of the businesses of new power companies which do not have their own power source, such as from the violent fluctuation of spot prices within a high price range in the Japan Electric Power Exchange (JEPX), against the backdrop of an insufficiency of liquefied natural gases (LNG) in the power market, etc. Perhaps it has begun to shift towards a state where there is a balance of expectations and reality regarding the stock prices of environmental-related stocks.

However, there is a possibility that the issue of greenhouse gases will bring about serious societal problems in the near future. The U.S. futures exchange, CME, expressed their view on “two-thirds of the world’s population facing a water shortage due to global warming and an increase in population”. According to the Food and Agriculture Organisation of the United Nations, the livestock industry accounts for about 15% of man-made greenhouse gas emissions. Furthermore, it is generally said that approx. 20,000 litres of water is required to produce 1kg of beef, approx. 6,000 litres for 1kg of pork, and approx. 4,500 litres for 1kg of chicken. Under these circumstances, there has been a concentration of investment funding in “food tech” that creates meat from plants. There will likely be an increase in demand for substitute foodstuffs that pose a low burden on the environment. 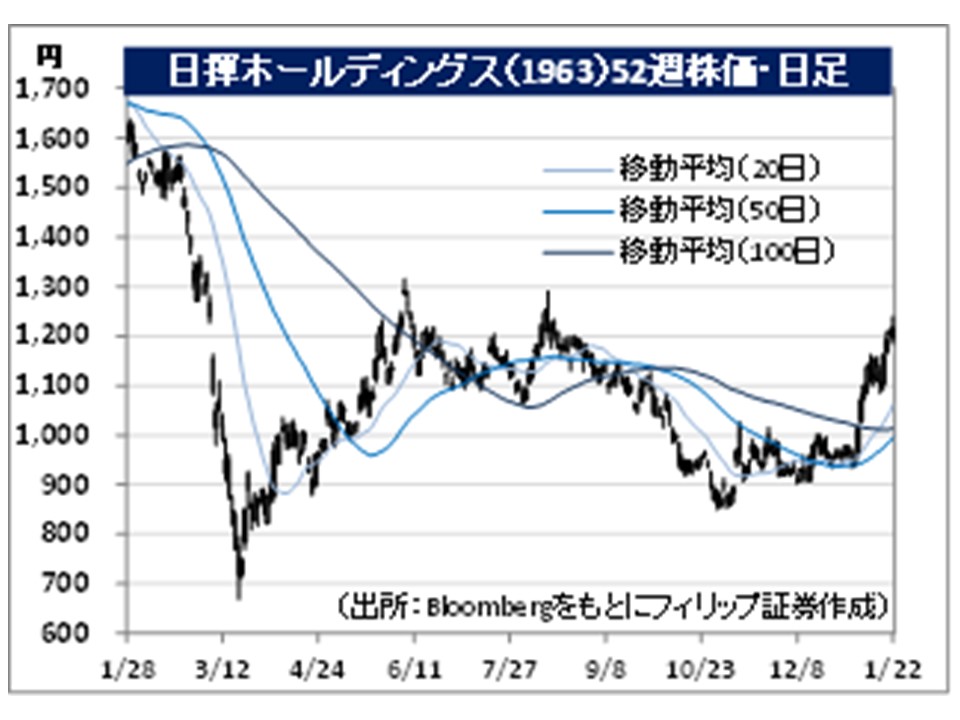 ・Established in 1928 as Japan Gasoline Co., Ltd. In addition to a comprehensive engineering business, which manages the design, procurement and construction, etc. of various plants and facilities, the company expands the functional materials manufacturing business, which carries out the manufacture and retail of catalysts and fine products, etc.

・For 1H (Apr-Sep) results of FY2021/3 announced on 10/11, net sales decreased by 8.7% to 199.4 billion yen compared to the same period the previous year and operating income increased by 59.8% to 11.508 billion yen. While stagnant crude oil prices and the global economic depression due to the COVID-19 catastrophe had affected, on the other hand, the upturn in profit margin due to improvements in profitability in their comprehensive engineering business contributed to an increase in operating income.

・For its full year plan, net sales is expected to decrease by 0.2% to 480 billion yen compared to the previous year and operating income to decrease by 1.2% to 20 billion yen. In comparison to this year’s target order of 670 billion yen, they secured a 500 billion yen order due to the contribution of the Refinery Upgrading Project in Iraq. In addition to the tense power supply and demand becoming a social problem due to the insufficiency of liquefied natural gases (LNG), which are used in power generation fuel, there is a strong prediction that natural gases will become a mainstay for hydrogen manufacturing materials, hence, the demand for LNG plant construction is likely to rise. 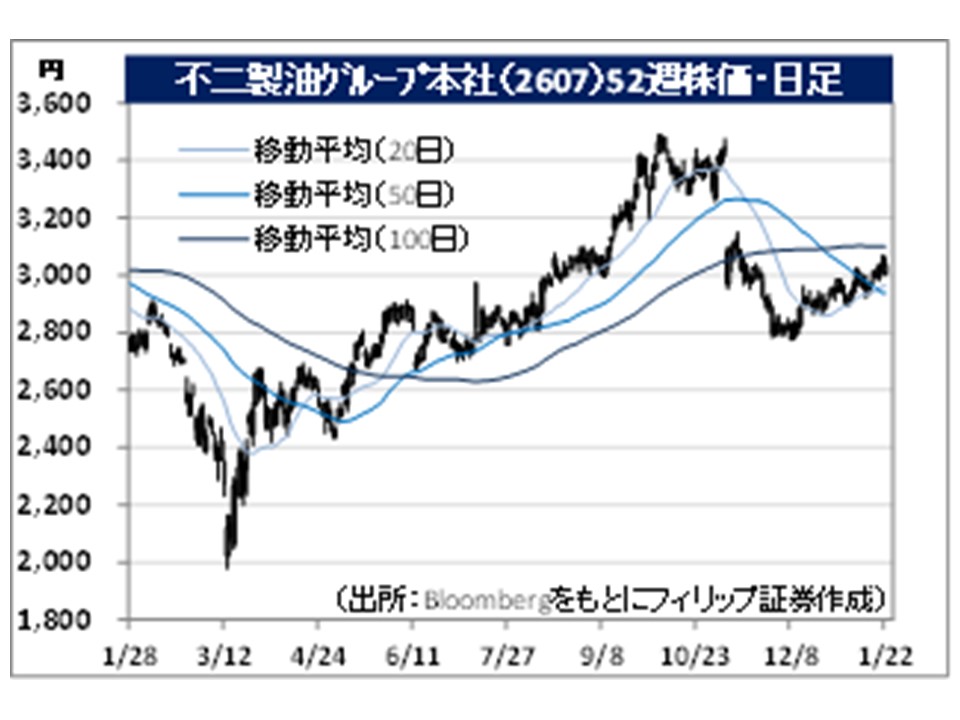 ・Established in 1950 via investment by Itochu (8001). Mainly carries out the manufacture and retail of oil and fat products, products involving confectionery and bread-making materials, and soy-based products. Company is recognised for its unique technology, such as the development of chocolate that does not become sticky when touched.

・For 1H (Apr-Sep) results of FY2021/3 announced on 6/11, net sales decreased by 9.9% to 172.589 billion yen compared to the same period the previous year and operating income decreased by 19.6% to 7.388 billion yen. Due to the impact from the COVID-19 catastrophe in both Japan and overseas, there was a decrease in revenue across all businesses, which are the soy-based processed materials, emulsification and fermentation materials, industrial-use chocolate and vegetable oil and fat. There was a decrease in profit for the 3 businesses except for industrial-use chocolate.