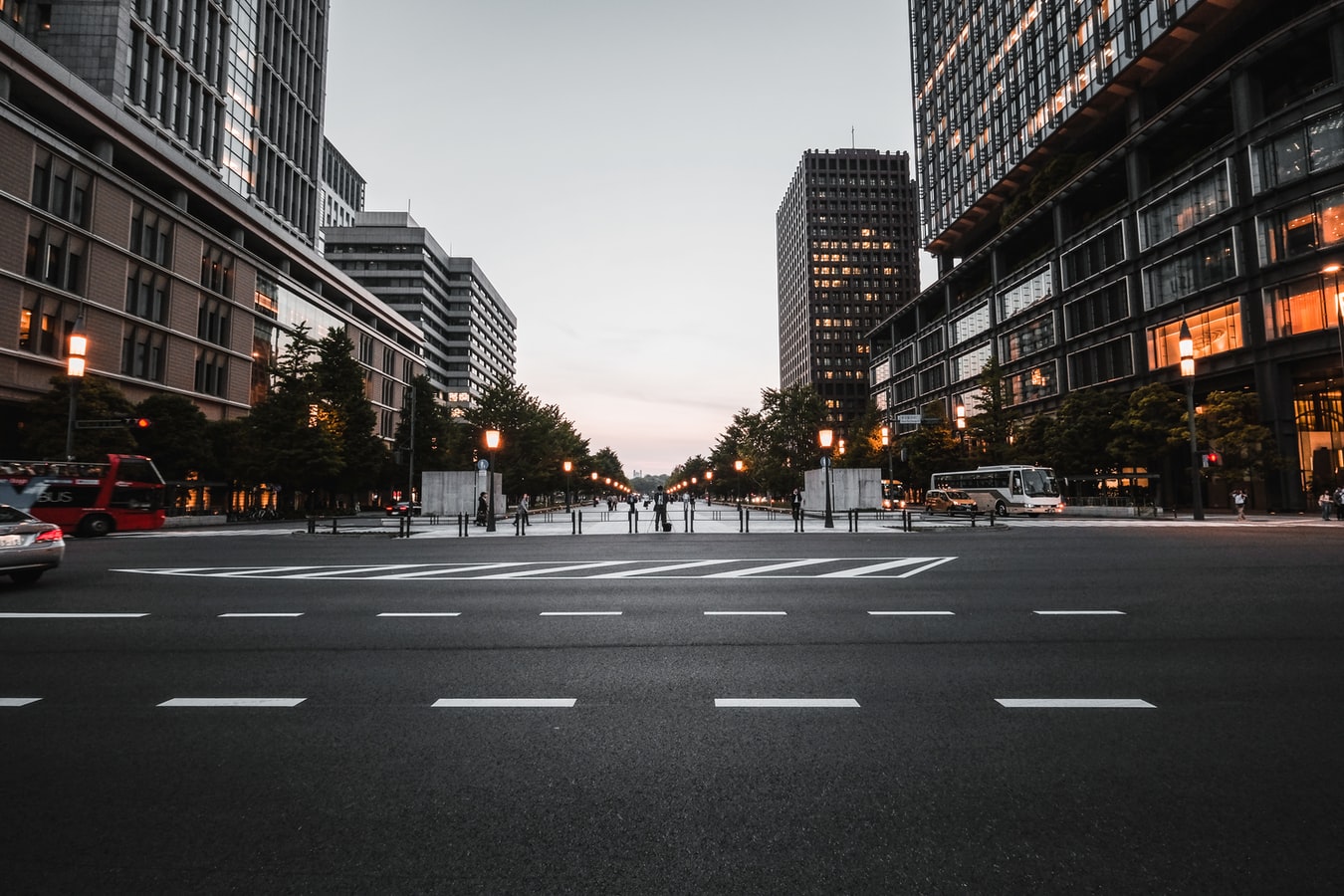 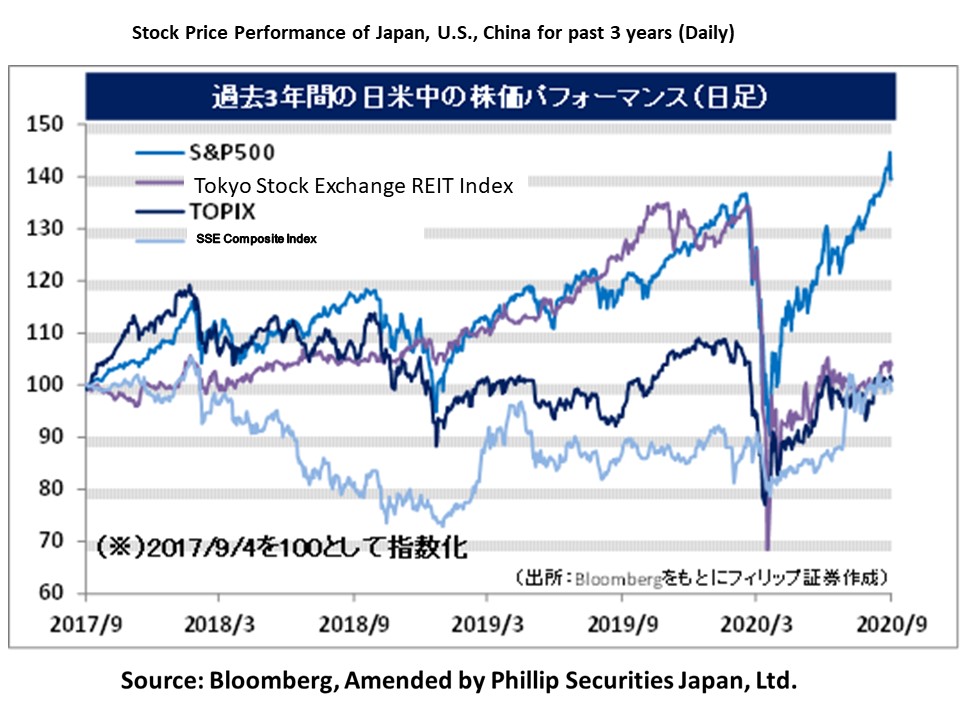 US investment firm Berkshire Hathaway, led by Warren Buffett, has been creating waves through its purchase of the five major general trading company stocks in Japan.  Looking at the “Buffet Index” (Market capitalization of a country ÷ Nominal GDP of the country x 100), which originated from him, it is possible that US stocks are at a higher level than that during the IT bubble in the late 1990s.  It could therefore be that Mr. Buffet is expecting foreign stocks to become more attractive as inflation progresses and the US dollar becomes weaker.

Berkshire issued its first yen-denominated bond in September last year.  The total amount issued was 430 billion yen for six corporate bonds with maturities ranging from 5 to 30 years.  Of these, the 10-year and 5-year bonds have low interest rates of 0.44% and 0.17% respectively.  Using the yen funds raised as a result to invest in Japanese stocks with high dividend yields can ensure stable and long-term earning of carry income derived by subtracting costs from income gain.

Generally, when an overseas investor holding US dollars raises yen funds to invest in yen assets, it is also possible to convert the dollar funds into yen through dollar-yen swaps besides issuing bonds denominated in yen.  If such a “dollar carry trade” is carried out on a large scale, we may expect the dollar-yen exchange rate to swing in favor of the yen’s appreciation.  However, the strong yen in this case does not imply a risk-off environment.  Rather, it indicates a “Japan buying” scenario with the same type of money flow as seen during the “high yen, high Japanese stock” situation after the 1985 Plaza Accord.  It is therefore most noteworthy that Mr. Buffet’s purchase of the stocks of the trading companies has implications for a possible “high yen through Japanese purchases”.

This implies a need for a paradigm shift from “Abenomics”, in which yen depreciation accompanying unprecedented monetary easing is the main driving force for economic growth.  At the moment, Chief Cabinet Secretary Suga is strongly slated to be the next prime minister, and at a press conference on 2/9, he said that he would “responsibly take over”

Abenomics.  For a paradigm shift towards “Japan buying” by foreign investors, key will be the people assuming the major Cabinet posts.  Firstly, the appointment of Defense Minister Kono, who is eager to expand cooperation in the “Five Eyes” framework for sharing confidential information amongst the five countries consisting of the US and UK etc, as the Chief Cabinet Secretary, and the appointment of Tax Panel Chief Amari, who is likely to proactively push forward financial measures as opposed to the fiscal consolidation stance of the Ministry of Finance, as the Minister of Finance, may encourage “Japan buying” in the context of the stock market.

Stock volatility is expected to rise further due to the MSQ (major SQ) related to Nikkei Average futures and options trading on 11/9, and the sharp drop in major US IT shares on 3/9.  We therefore need to be very cautious. 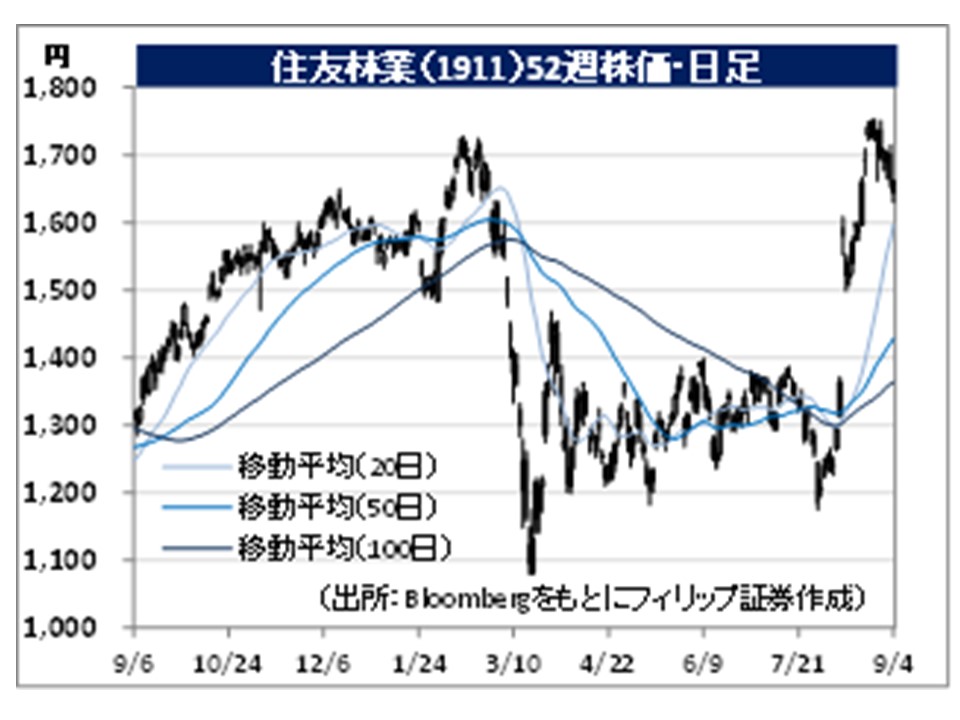 ・Established in 1948.  Dealing in the business of trees for both upstream and downstream processes.  Owns about 1/900 of the land in Japan as forests for its Forestry Business.  Sales of Timber and Building Materials Distribution Business and Wooden Custom-built Housing Business are the highest in Japan.

・For 1Q (Apr-Jun, change of accounting period from this term onwards) results of FY2020/12 announced on 12/8, net sales increased by 4.5% to 245.583 billion yen compared to the same period the previous year, and operating income increased by 2.1 times to 9.275 billion yen.  Although home remodeling and real estate brokerage had struggled due to the effects of Covid-19 in Japan, home sales in the US had recovered rapidly after May owing to the decline in mortgage interest rates.

・For its full year plan (irregular: Apr-Dec), net sales is expected to be 777.0 billion yen, and operating income to be 22.5 billion yen.  41% of the company’s 1Q sales came from the overseas housing and real estate segment, backed by rising needs for relocation to relatively large properties in the suburbs as the practice of WFH becomes established in the US.  On top of that, it is noteworthy that oxygen supply from the forests from the company’s Forestry Business is contributing to CO2 reduction, and the international price of timber is rising 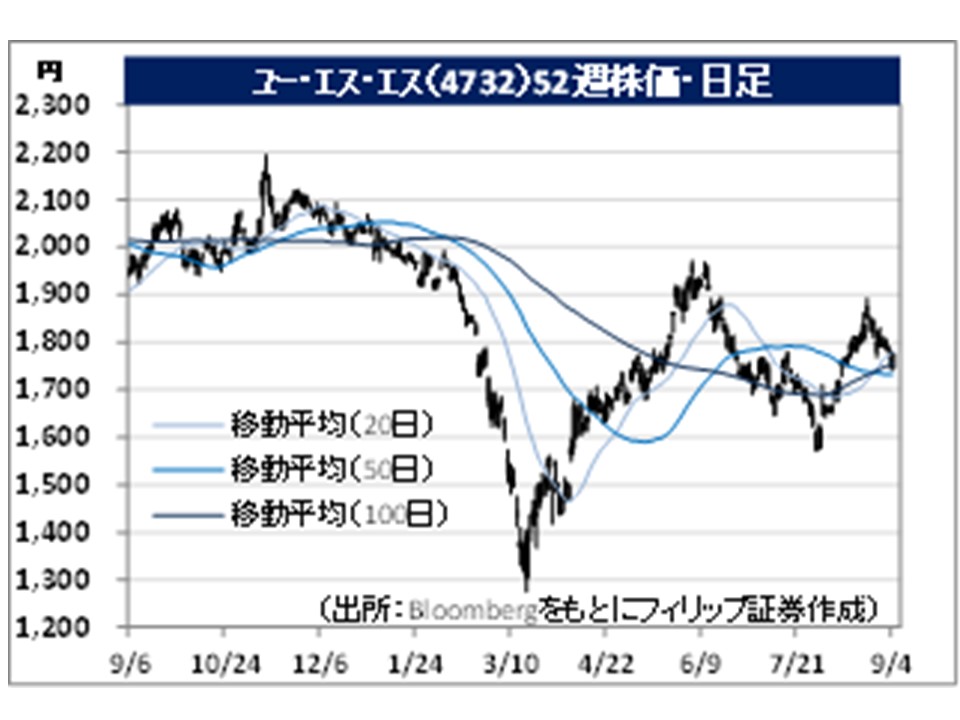 ・Established in 1997 through the merger of Seishin Sangyo and the former USS.  Engages in purchase and sale of used cars centering on auto (car) auction.  Company has 39% share of the auto auction market (2019).

・For 1Q (Apr-Jun) results of FY2021/3 announced on 3/8, net sales decreased by 19.2% to 16.056 billion yen compared to the same period the previous year, and operating income decreased by 26.7% to 6.734 billion yen.  The number of used cars registered and exported decreased due to the impact of Covid-19, causing the number of cars sold / contracts in the auto auction market to decrease, thereby affecting results.

・For its full year plan, net sales is expected to decrease by 13.9% to 67.3 billion yen compared to the previous year, and operating income to decrease by 24.5% times to 27.2 billion yen.  Amid the movement to change from train to car commuting to avoid “close contact”, the number of used cars registered (including minicars) in June was 4.8% higher than the same month the previous year. Average contract price in July increased by 18.6% YoY.  Demand for exports is increasing for overseas regions where urban lockdowns have been lifted.