Japan-Weekly Strategy Report How Will the Economic Measures and the Increase in Long-Term Interest Rates Affect the Market? December 19, 2019 451 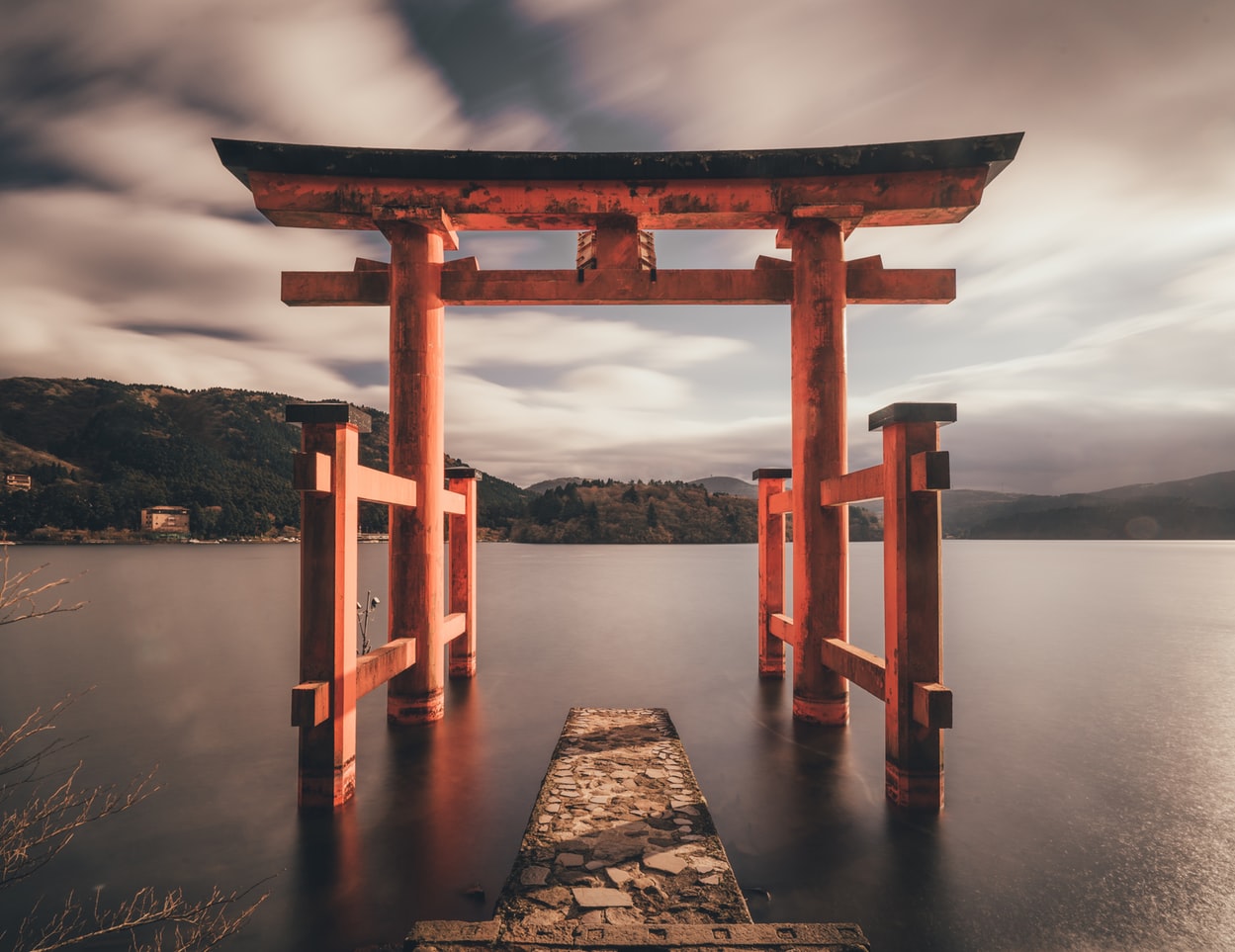 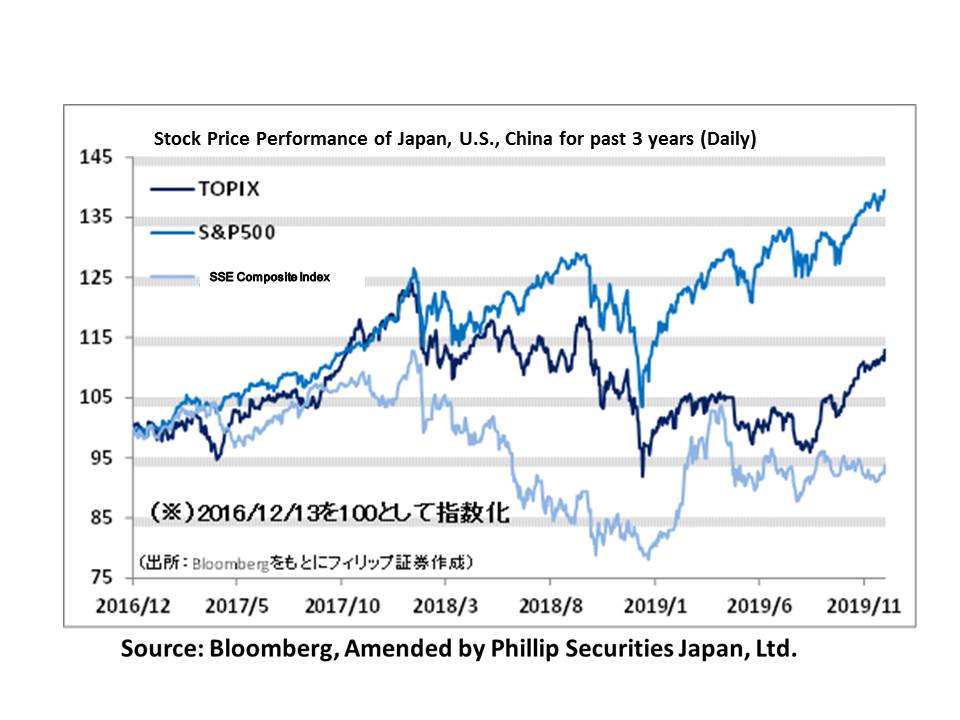 How Will the Economic Measures and the Increase in Long-Term Interest Rates Affect the Market?

On the 13/12, the Major SQ date (date where there is an overlap of the settlement date for option transactions and futures transactions for the delivery date in March, June, September and December, where there are many trading units in stock index futures trading), the Nikkei average rose sharply to exceed the level of 24,000 points, which was a turning point from the previous day’s closing price of 23,424 points. US President Trump approving the phase-one trade deal with China and predictions of an aversion of the 160 billion dollars’ worth of imports from China scheduled to be invoked on 15/12 led to a favourable effect on the stock market.

Looking at the Japanese economy as of late, in the Japan Tankan for Dec announced on 13/12, with the diffusion index (DI) for large enterprises in the manufacturing industry worsening by 5 points from the previous survey to 0 and a 2-term consecutive worsening with a decline in both large enterprises in nonmanufacturing and personal consumption, etc., there appears to be a sense of foreboding regarding the future economic climate. In the midst of those, following the stimulus package announced by the government on 5/12, the ruling party launched policies which clearly distinguished priority areas and growth sectors, such as the new implementation of measures in the FY2020 tax system outline finalised on 12/12 which aims to lower corporation tax in order to encourage the spread of 5G telecommunication infrastructure. In addition, on 7/12, regarding the government’s aim to have 60 million foreign tourists visit Japan by year 2020, Chief Cabinet Secretary Suga announced a policy to “newly construct world-class hotels located in 50 locations across the country”. If the global economy is unable to avoid effects from the US-China trade friction even from 2020 onwards, companies that would benefit from domestic demand backed by the government’s budget can be considered as an important investment strategy for Japanese stocks.

On 10/12, the long-term interest rate (10-year government bonds) came out of a negative interest rate and rose to 0%, which was last seen 9 months ago. In the Diet in Nov, Kuroda, the Governor of the Bank of Japan replied that “there is plenty of room for deeper negative policy interest rates”, and there were concerns on the stock market due to effects on bank revenue from the implementation of maintenance fees on the accounts of depositors. The long-term interest rate increase seems to be able to temporarily ease concerns such as those. On the other hand, while the outstanding debt in companies and the government increase, there are also concerns that it would pose a negative influence on the economy as a result of the increased burden of interest payments. The long-term interest rate increase is not only limited to Japan, but since it is also indicated by the strong figures which greatly exceeded market predictions in the US, with their employment statistics for Nov announced on 6/12, as well as in Europe, with the German ZEW Indicator of Economic Sentiment for Dec, it seems to hint at the possibility of an improved forecast for the global economy. There is a need to continue to closely observe how effects of the increase in long-term interest rates will manifest in the future stock market. 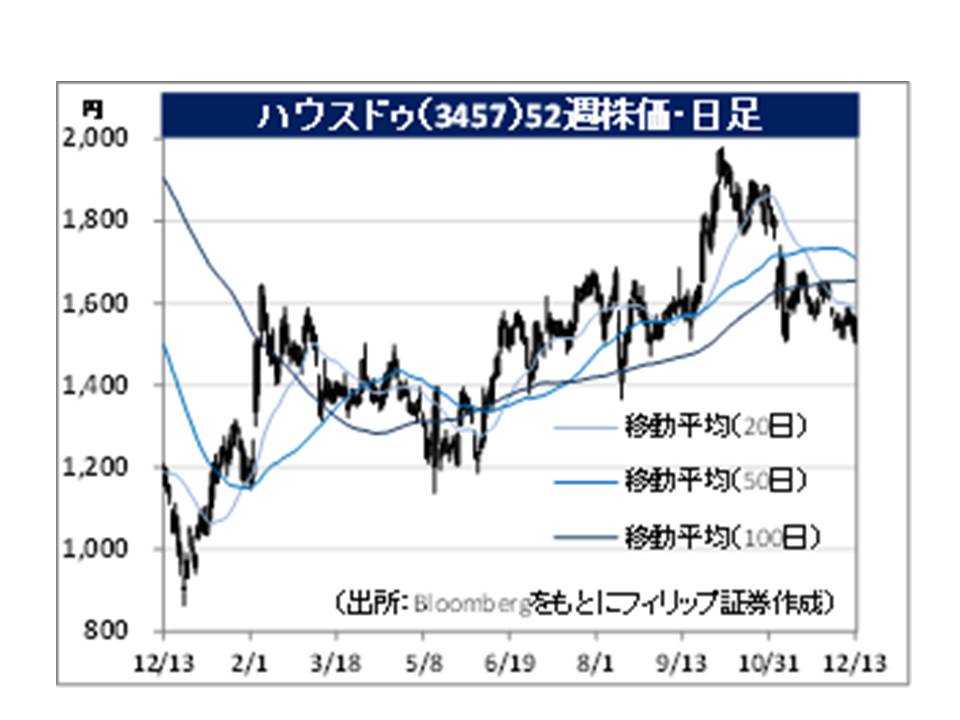 ・Established in 2009. Their mainstay is the franchise business involving the purchase and sale / leasing of real estate. Their unique aspect is the “house-leaseback” business, which enables the purchase of the house while still allowing one to live in there. Launched their new real estate leasing franchise, the “RENT Do!” business, in Jan 2018.

・For 1Q (Jul-Sep) results of FY2020/6 announced on 5/11, net sales decreased by 0.3% to 6.061 billion yen compared to the same period the previous year and operating income decreased by 92.0% to 37 million yen. The 33.6% increase in selling, general and administrative expenses due to human resources and advertising costs for their mainstay business as well as the record of expenses related to the acquisition of Koyama Corporation in Saitama as a wholly-owned subsidiary in Aug 2019 have affected.

・For its FY2020/6 plan, net sales is expected to increase by 18.0% to 37.221 billion yen compared to the previous year and operating income to increase by 11.5% to 3.521 billion yen. Attention has been on the aspect of the acquisition of Koyama Corporation as a subsidiary as a business expansion strategy by acquiring community-based companies who are facing difficulties in finding a successor. The company’s subsidiary was registered as a financial instruments business operator (Type 2) on 4/12. Announced the asset securitisation of their house-leaseback on 9/12. We can look forward to growth in the areas that combine real estate and finance. 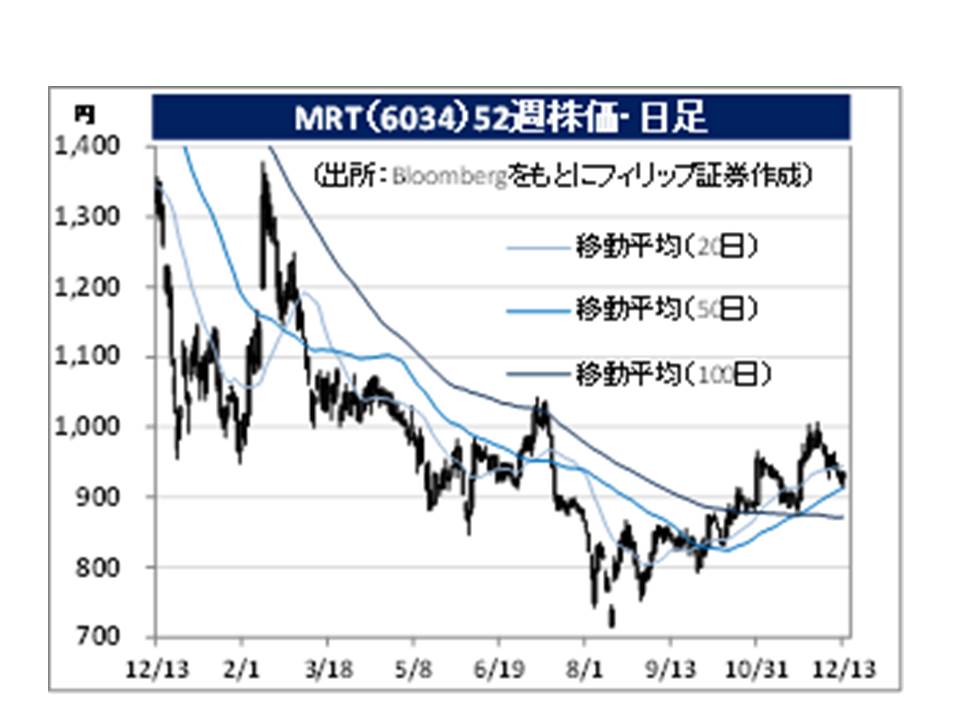 ・Started in 2000 where it was made up of a cooperative association of doctors from the University of Tokyo Hospital. Expands a healthcare information platform business for doctors which focuses on the referral of part-time and full-time doctors through the use of the internet.

・Company revised their accounting period from 31/3 to 31/12 from FY2019 onwards. For 1H (Apr-Sep term) results of FY2019/12 announced on 12/11, net sales increased by 12.0% to 1.319 billion yen compared to the previous period, operating income increased by 18.0% to 172 million yen and net income decreased by 37.9% to 101 million yen. The profit decrease in their net income was a reactionary fall due to the gain on sales of affiliated companies (128 million yen) recorded in the previous period.

・For their earnings forecast for FY2019/12 (Apr-Dec), net sales is expected to be at 1.9 billion yen, operating income at 120 million yen and net income at 70 million yen. Rate of change compared to the previous year was not listed due to the change in their accounting period. Company is currently focusing on expanding the sales network of their smartphone-based online consultation service, “Remote Consultation Pocket Doctor” to healthcare facilities and enhancing awareness of the service. We ought to keep an eye on remote consultation as a service with a high change of popularisation due the 5G communication.