Japan-Weekly Strategy Report “Greeting the Major SQ With an “Extreme Bullish Sentiment”, to Sell on the Vaccine?” December 16, 2020 169 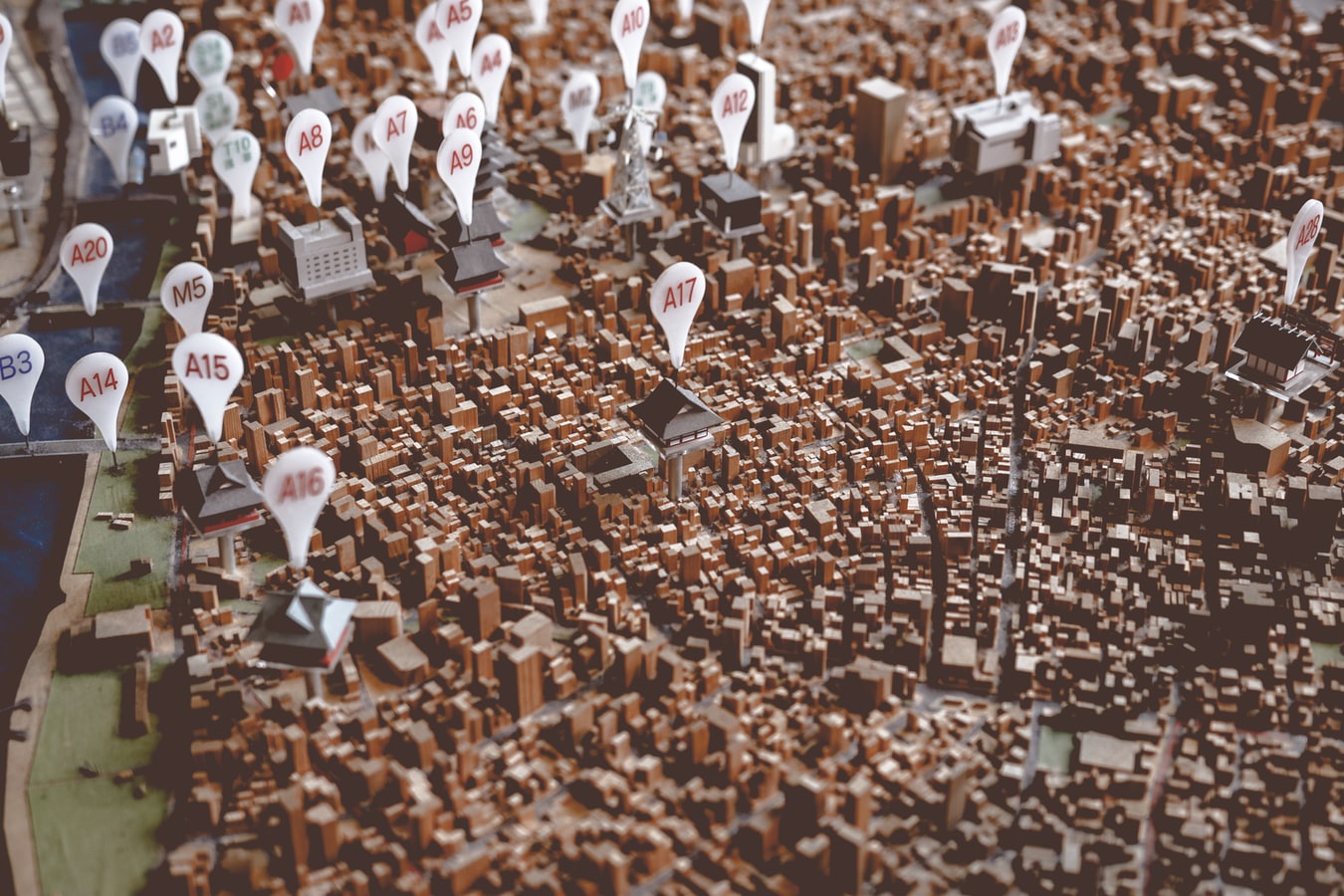 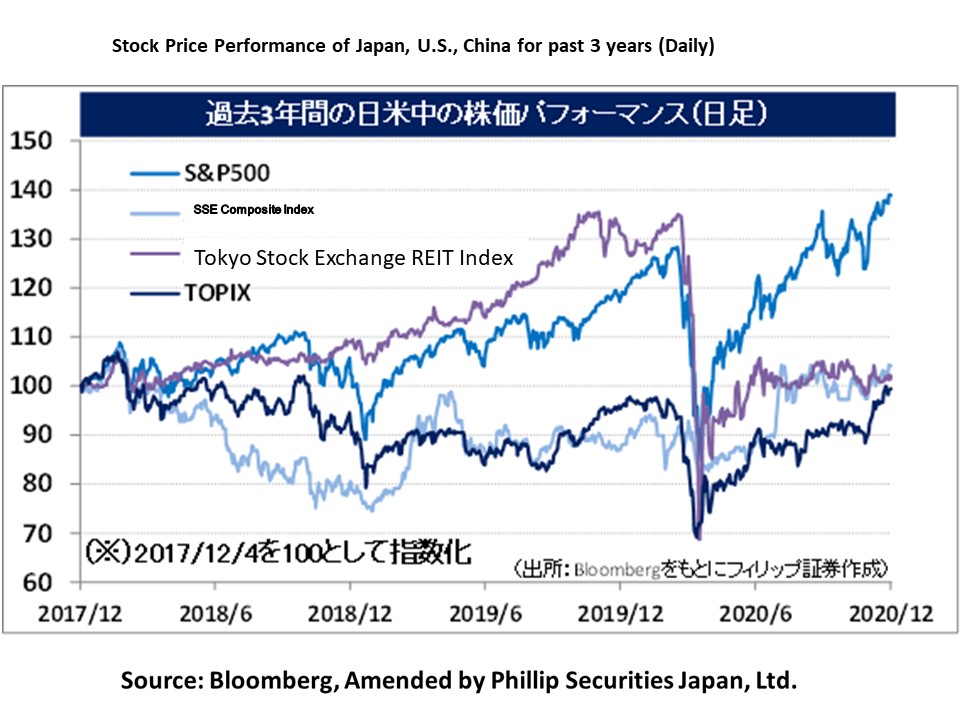 “Greeting the Major SQ With an “Extreme Bullish Sentiment”, to Sell on the Vaccine?”

11/12 is a “Major SQ date”, which falls on the 2nd Friday of March, June, September and December where there is an overlapping of the dates for calculating the SQ value (Special Quotation) involving the final settlement of stock index futures and options trading. Originally, with there being the characteristic of the market tending to fluctuate greatly depending on trends of the roll over, which is handed over to the next expiration month, this time round in the U.S. presidential election, with the deadline for each state to certify the election results (8th) and the date for the electoral college of each state to vote for the presidential candidate (14th) around the corner, it is believed that the market will likely fluctuate greatly both upwards and downwards, hence, caution must be exercised.

With the trend of rising stock prices across the world growing stronger, on 17/11, strategists from the Bank of America expressed their opinion that based on an investor survey, asset allocation towards stocks is at a high level that was last seen in Jan 2018, and based on the percentage of cash holdings becoming a low that was last seen in Apr 2015, etc., investor sentiment towards stocks is approaching “extreme bullish”, thus it is time to start selling risk assets on the statement, “sell on the news of the vaccine in the coming weeks to months”.

Inoculations for the COVID-19 vaccine jointly developed by the American Pfizer (PFE) and German BioNTech are scheduled to begin in the U.K. as early as 7/12. Also, in the U.S., it is predicted that inoculations for the vaccine will begin as early as 11/12 depending on the U.S. Food and Drug Administration (FDA)’s decision on 10/12 to approve its usage. On the other hand, according to a survey on public opinion by the research company, Gallap & Robinson, even if inoculations for COVID-19 were available for free, only 58% of Americans responded that they would like to be inoculated. The reality that the popularisation of the vaccine being viewed optimistically in the market turning out to be complicated, might become more prominent.

The forecast of the bullish sentiment towards stocks is in relation to the sudden rise in the influx of money to emerging countries. With uncertainty on the transition of the U.S. administration easing and increased money in emerging countries showing more activity, it was said that bonds along with stocks of emerging countries were bought for a record high of 76.5 billion dollars in November this year. In addition to the rise in the commodity market contributing to the stability of the economies of emerging countries, which rely on the export of resources, along with expectations of vigorous fiscal stimulus towards former FRB Chairman, Yellen, who was nominated as a candidate for the Secretary of the Treasury by former Vice President Biden, the continuing trend of the falling USD against currencies of emerging countries also benefits emerging countries by alleviating the burden of debts in USD. In the weekly commentary on 23/11 by the American asset management company, BlackRock (BLK), Japanese stocks remained at underweight while overall Asian and emerging markets except Japan were considered overweight due to them easily benefitting from the greater ability to forecast U.S. trade policies under the next administration. 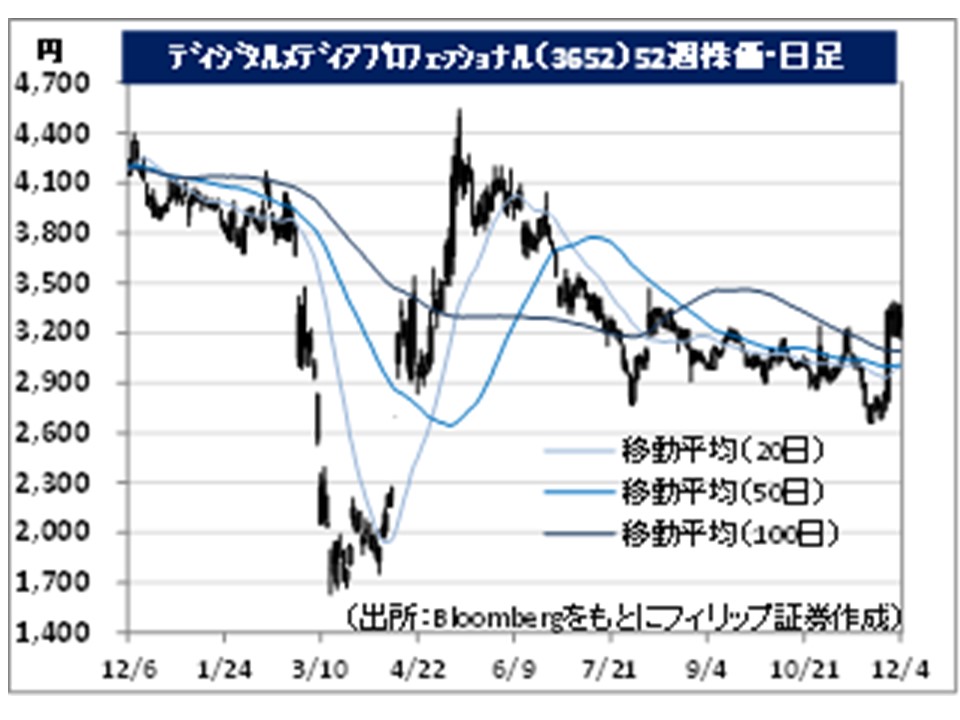 ・Established in 2002. Carries out the manufacture and retail of LSI products in addition to developing graphics IP cores and providing semiconductor IP cores integrated in mobile communication devices, automobiles and game machines, etc. to semiconductor and final product manufacturers.

・For 1H (Apr-Sep) results of FY2021/3 announced on 10/11, net sales was 533 million yen and operating income was (191) million yen. Figures from the same period the previous year were not listed due to the consolidated financial statement being created from the 1Q (Apr-Jun) of FY2021/3. Although there was a 3.5 times increase in revenue compared to the same period the previous year in the LSI products business, the decrease in revenue in the IP core license and professional services businesses had affected.

・For its full year plan, net sales is expected to be at 1.5 billion yen and operating income to be at (150) million yen. In addition to having started providing SaaS-based safety driving support cloud services that used Amazon Web Services (AWS) in the automobile safety driving support field, on 30/11, they announced their participation in the U.S. semiconductor giant NVIDIA (NVDA)’s partner program (NVIDIA Partner Network). In addition to the acceleration of the AI business, we can likely look forward to a reinforcement of their business tie-up with NVIDIA. 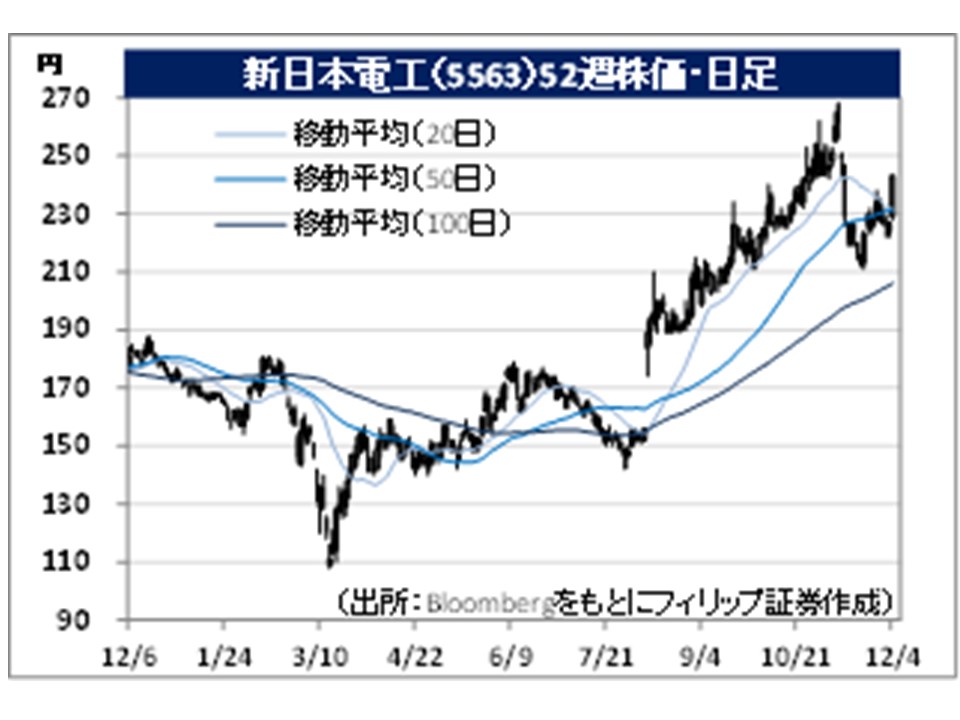 ・Established in 1934 as an alloy manufacturer for steel. It is a group corporation of their principal shareholder, Nippon Steel (5401), and in addition to the manufacture and retail of their mainstay ferroalloy, they expand the functional materials, environment, electricity and other businesses.

・For 1H (Apr-Sep) results of FY2021/3 announced on 10/11, net sales decreased by 26.4% to 39.906 billion yen compared to the same period the previous year, and operating income returned to profit from (1.149) billion yen the same period the previous year to 4.613 billion yen. Although the decrease in crude steel production quantities in regions excluding China affected the decrease in revenue, raw material costs decreased due to a devaluation of book prices from an inventory asset valuation conducted at the end of last year.

・For its full year plan, net sales is expected to decrease by 29.1% to 50 billion yen compared to the previous year and operating income to return to profit from (5.572) billion yen the same previous year to 5 billion yen. The company holds the top spot in Japan for manufacturing hydrogen occlusion alloys, which are able to occlude and discharge hydrogen, and is the largest supplier for nickel-metal hydride batteries for hybrid cars. They are also carrying out a manufacturing consignment from Sumitomo Metal Mining (5713) for materials for the positive electrode of lithium-ion batteries.