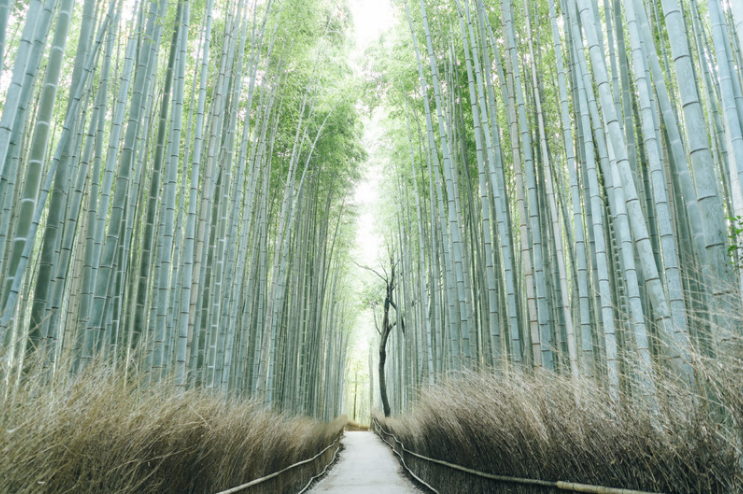 “”Go To” travel possibilities for GW, Gold and Platinum”

PM Kishida announced on 17/2 that border controls to prevent the influx of the Omicron variant of the coronavirus would be eased in March.  It was decided to allow new entries of foreign nationals other than those for tourism purposes, and to raise the cap on the number of people returning or entering the country per day from the current level of about 3,500 to around 5,000.  In principle, the seven-day quarantine period at designated facilities or at home will also be shortened.  The day after the government’s policy was reported on 15/1, Japan Airlines (9201) and other air transport and travel-related stocks began to be sought after.  Overseas, in the US state of California, the requirement to wear masks at outdoor events where more than 5,000 people gather has been lifted as the infection situation is deemed to have improved with the number of hospitalizations due to Covid-19 decreasing.  Although a number of prefectures in Japan are extending the “quasi-emergency measures”, in response to the lifting of restrictions overseas, the stock market is expected to take a closer look at travel and leisure-related stocks that have not yet returned to pre-Covid-19 pandemic levels.  Let us keep in mind the possibility of the return of “Go To Travel” incentives around the upcoming Golden Week period, before the Upper House election in July.

Among the various assets in the financial markets today, gold price is probably the one that attracts the most attention.  Against the backdrop of geopolitical risks related to the recent situation in Ukraine and concerns about inflation following the release of the US Consumer Price Index on 10/2, the CMX gold futures price is showing an upward break from the triangle formation of $1,450 per ounce in March 2020 and $2,074 per ounce in August 2020, with  the equilibrium level around $1,800 per ounce at the center of the triangle formation.  In particular, the price of gold and US long-term interest rates have generally tended to move in opposite directions since the 21st century, but recently both have been on an upward trend over a certain period of time, even if their daily directions differ.  As long as the US Fed does not turn to an aggressive stance of raising and tightening interest rates as it prioritizes inflation control over the economy, a rise in US long-term interest rates will be less likely to be accompanied by a stronger dollar.  Stocks that are likely to benefit from higher gold prices will therefore be potential targets.

In addition, platinum (Pt) has traditionally been used mainly as a catalyst for diesel emission control, and the market had been sluggish until mid-December last year due to a slowdown in automobile production caused by a shortage of semiconductor supplies.  However, recently demand for use in hydrogen generation and fuel cells to reduce greenhouse gas emissions has been attracting attention.  The Biden administration announced on 15/2 that it will invest a total of $9.5 billion to promote hydrogen-related infrastructure needs and support production and storage.  In this regard, the price of platinum is also on an upward trend.  There may therefore be room for it to regain its luster as a “precious metal” just like gold. 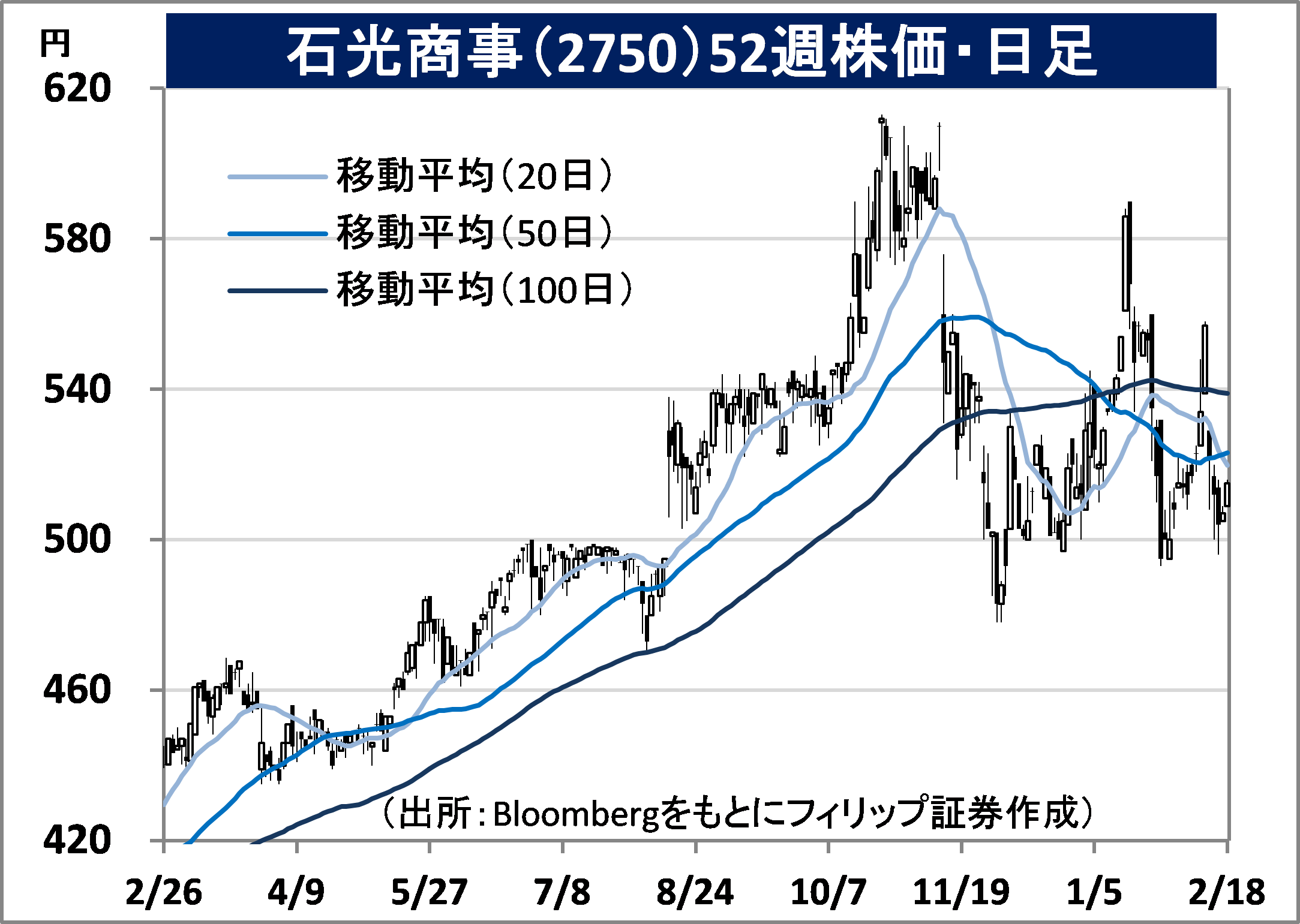 S. Ishimitsu & Co., Ltd (2750) 515 yen (18/2 closing price)
・Founded in Los Angeles in 1906 by Toshio Ishimitsu, who came to the United
States by himself. Company is a beverage and food importer that focuses on
importing and selling coffee. As a long-established green coffee bean trading
company, it has the largest share of the domestic market for commercial use.
・For 9M (Apr-Dec) results of FY2022/3 announced on 10/2, net sales increased by
16.1% to 34.888 billion yen compared to the same period the previous year, and
operating income increased by 32.5% to 837 million yen. Coffee bean futures
prices in the New York market were steady at 226.10 cents per pound at the end
of December, up 86% from the beginning of the year, contributing to increased
revenue from green coffee beans. Coffee beverages for commercial use also
benefited from a review of sales prices.
・For its full year plan, net sales is expected to increase by 12.8% to 45.692 billion
yen compared to the previous year, and operating income to increase by 1.5% to
1.107 billion yen. Annual dividend was revised upward to 14 yen per share
(original plan 12 yen), up 4 yen from the previous forecast. Demand in Europe
and the US has remained strong even while the prolonged disruption in maritime
logistics caused by the Covid-19 pandemic has delayed the arrival of products
from Brazil and other production areas to warehouses in European and US
consumption areas. Company is also developing in Thailand Japanese food
products for commercial use for the ASEAN market. Aiming to expand into third
country exports. 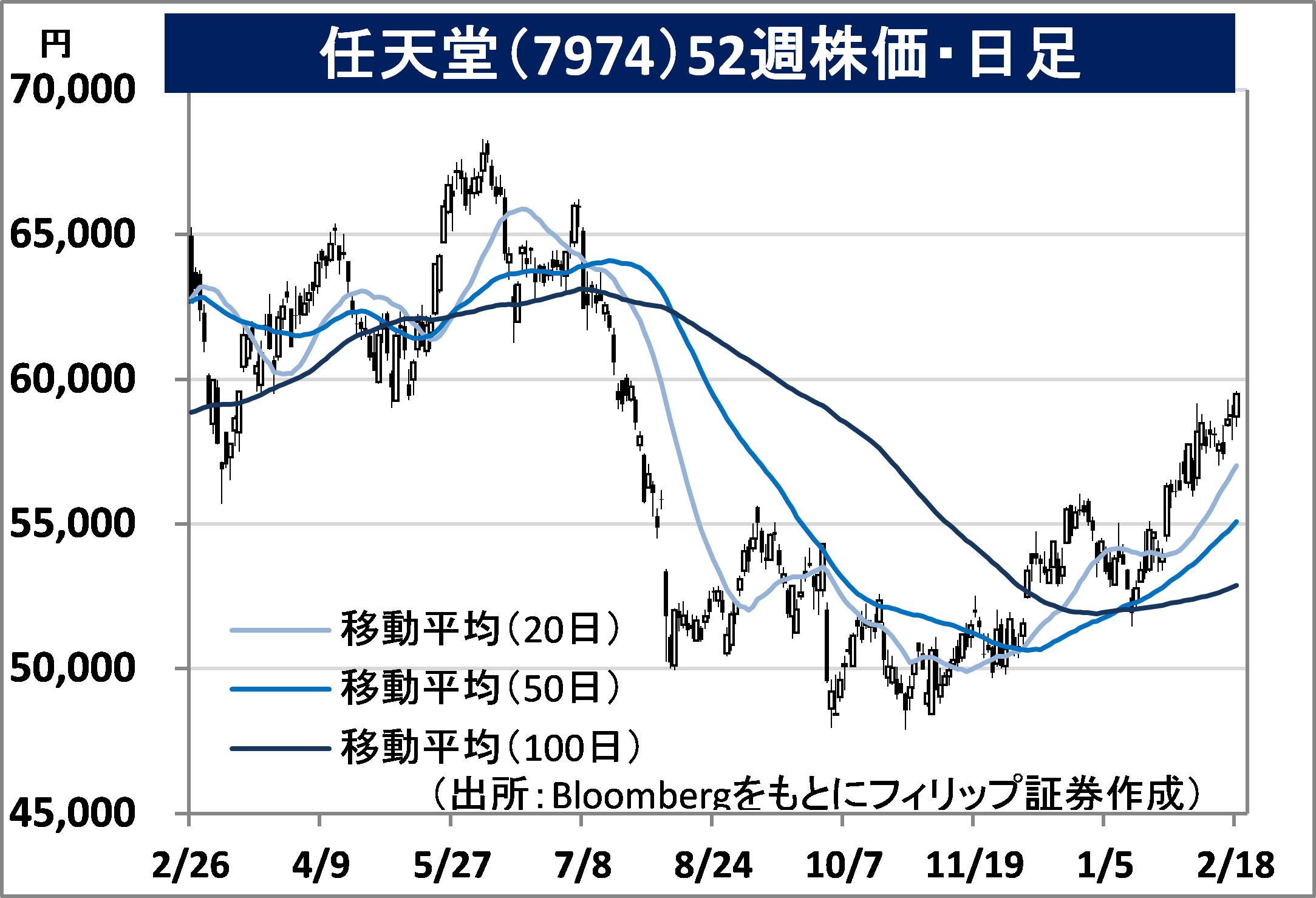 ・Company has adjusted its full-year plan upwards.  Net sales is expected to decrease by 6.2% to 1.65 trillion yen (original plan 1.6 trillion yen) compared to the previous year, and operating income to decrease by 12.6% to 560.0 billion yen (original plan 520.0 billion yen).  Despite concerns about the impact of semiconductor shortages on hardware production, we expect software download sales to remain strong.  The physical sports game “Nintendo Switch Sports” will be released on 29/4.  Expectations are high that it will surpass “Wii Sports”, which has sold more than 80 million units in total.